The extremely intense and record-breaking heat wave continues across parts of western Europe. Afternoon temperatures again soared into low 40s yesterday, especially across France where more than 100 weather stations reported above +40 °C! Spain again peaked at near +41 °C too.

The highest temperatures over France peaked into an incredible 40-42 °C range in many regions – the station Montgivray reported +42.5 °C as the maximum of the day! Several station records were broken, including Chateauroux which hit +41.2 ° C shattering its old absolute 113 years old record! The previous record was +40.5 °C set of August 2nd, 1906 while the station has reliable and uninterrupted series since 1893! Let take a look at some of the remarkable and record-breaking values: 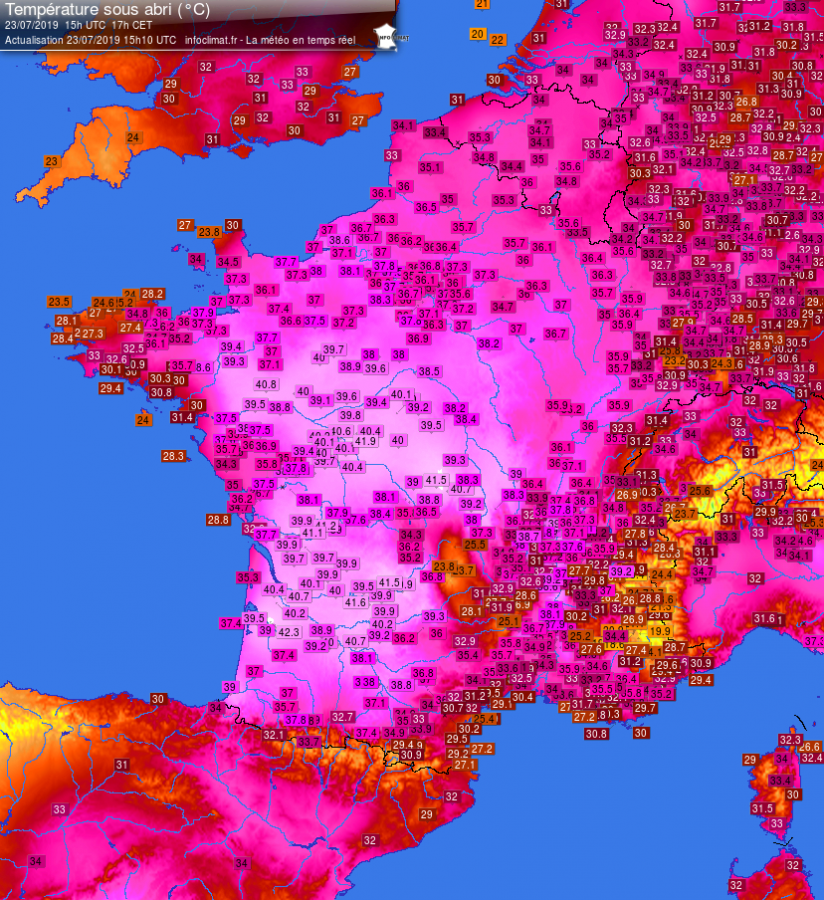 In the Iberian peninsula, the highest temperatures were recorded across NE and S Spain. Many stations exceeded +40 °C threshold with Lleida (Spain) being the highest with 41.2 °C. 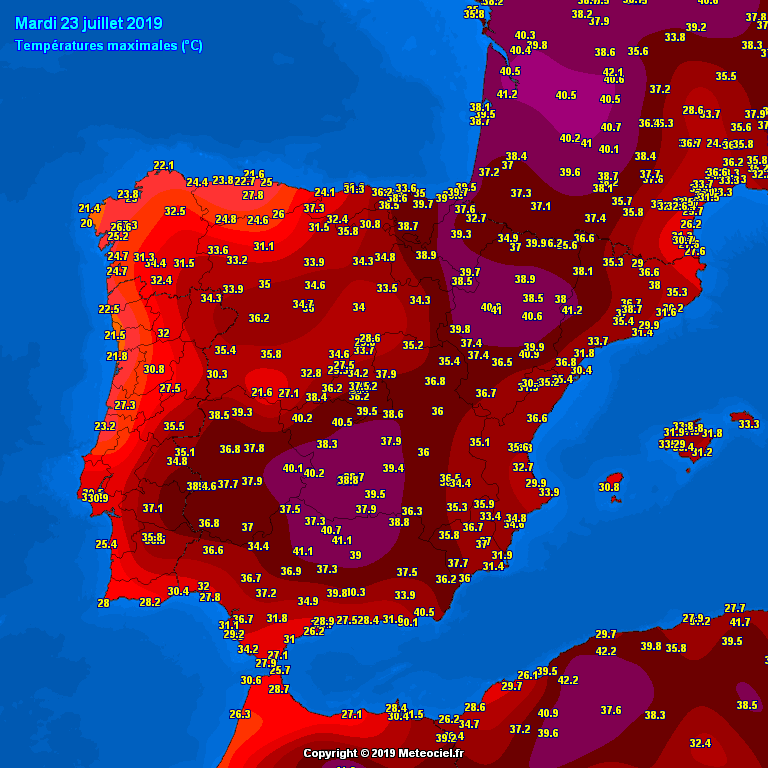 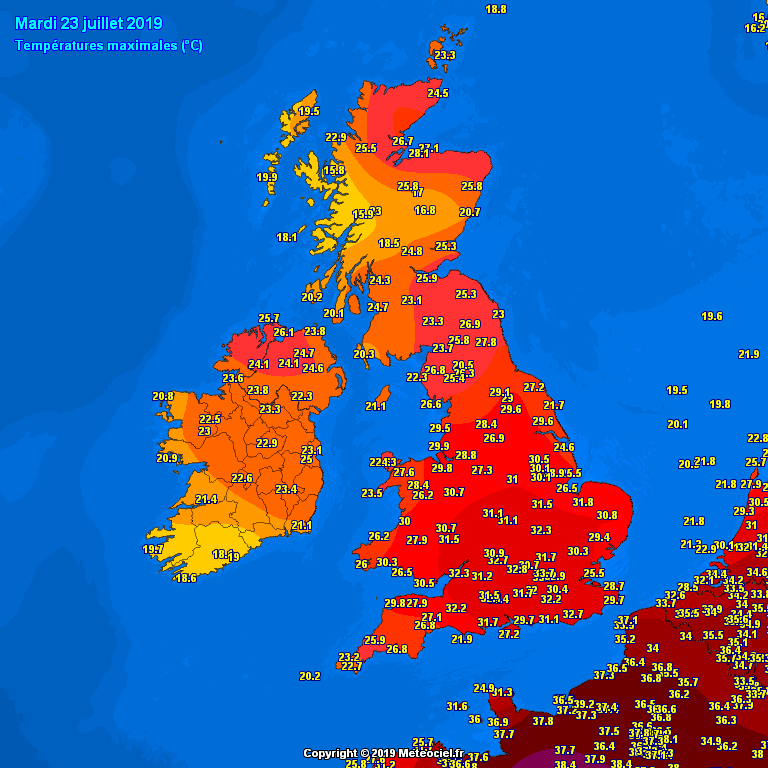 Additional extremely hot days with even higher temperatures are expected today, tomorrow and also on Friday – the all-time record values could be shattered across BeNeLux tomorrow! See forecast details:

Very hot weather will also develop over England this week:

Stay tuned for additional updates through the coming days!