The *intense* heat wave in western and central Europe continues. France exceeded 40 °C on Monday and also peaked up to 42 °C on Tuesday, further extremely hot weather is expected. Belgium and the Netherlands may soar to record-breaking temperatures on Thursday.

Temperatures are set to approach or push above 40 °C across large areas of France, BeNeLux and western and southern Germany. Belgium and the Netherlands in particularly could break the all-time maximum temperature record.

Recall that the highest temperatures on record (per country) are:

Much of France will push into the upper 30s, with some regions of central, eastern and southwestern France going up to 38-41 °C. Belgium and the Netherlands will see temperatures in the mid to upper 30s, likely approaching all-time records for both countries with a slight chance of records being broken on this day. EDIT 13:20 UTC: record in both Belgium and the Netherlands broken by nearly a full degree already on Wednesday! 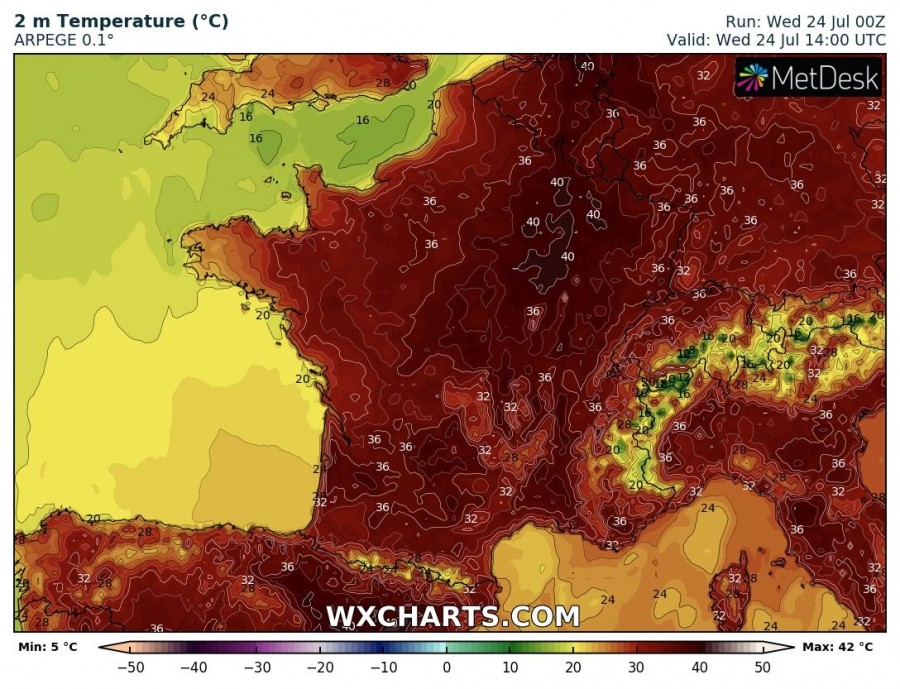 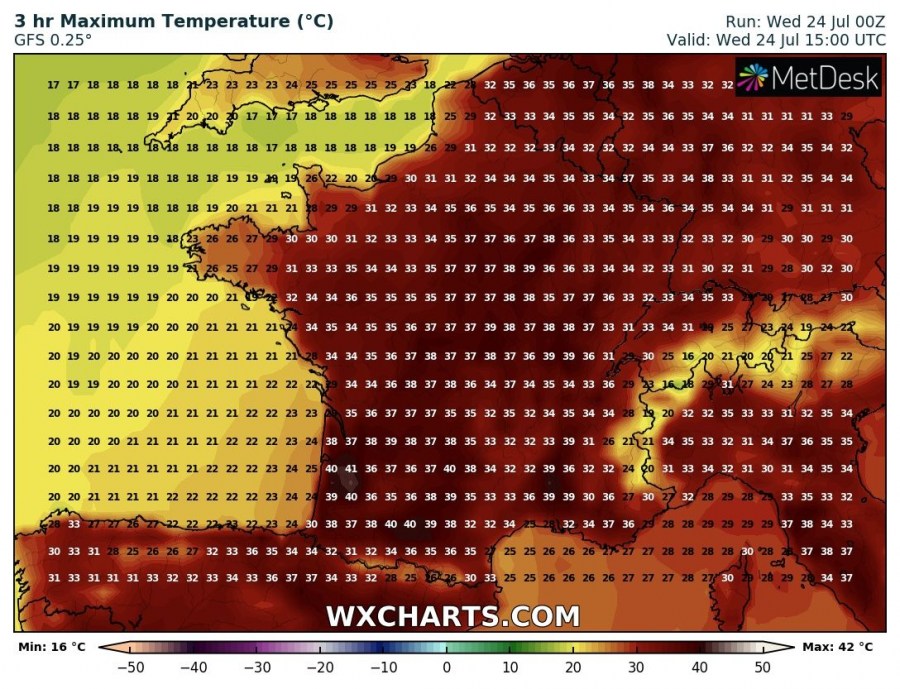 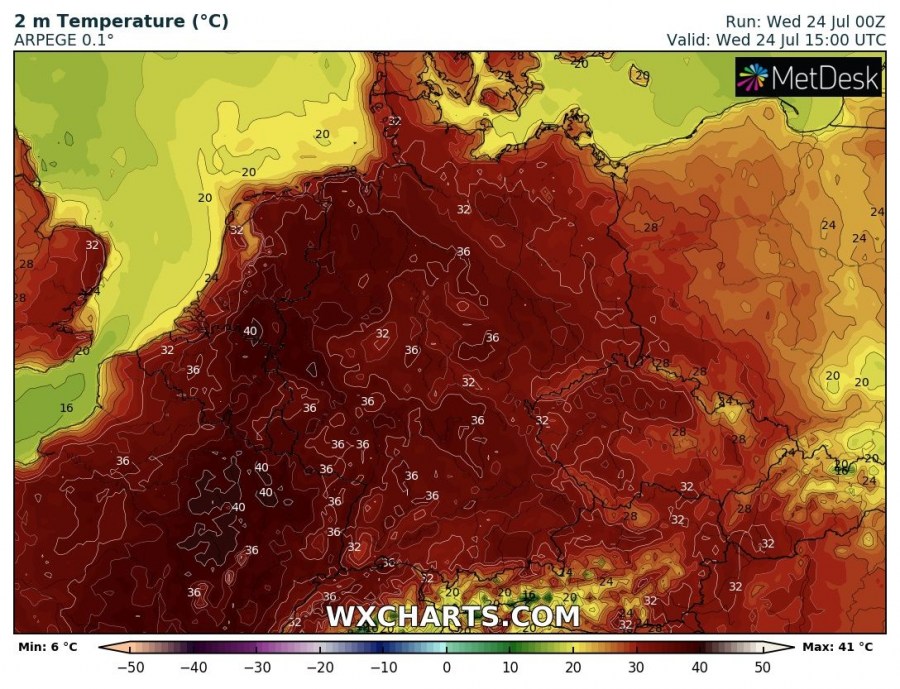 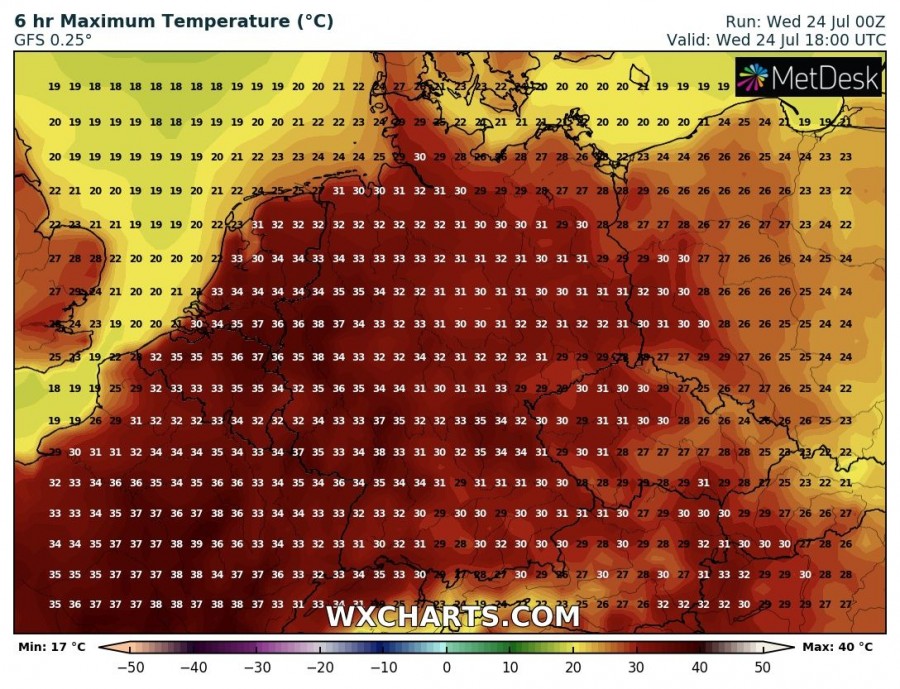 Thursday will be even hotter. Both global and regional models have been fairly consistent with developing the extreme heat and near-record breaking temperatures. Daytime highs will be approaching 40 °C in both Belgium and the Netherlands, with a fair to good chance of one or both countries breaking all-time maximum temperature records! Upper 30s and up 39-41 °C also in extreme west and northwest of Germany.

Maximum temperatures in the upper 30s and low 40s are expected across much of France (except along the coasts, where temperatures will be somewhat lower due to the marine layer cooling efects). Expect up to 40-41 °C daytime highs in north-central and southwestern France. 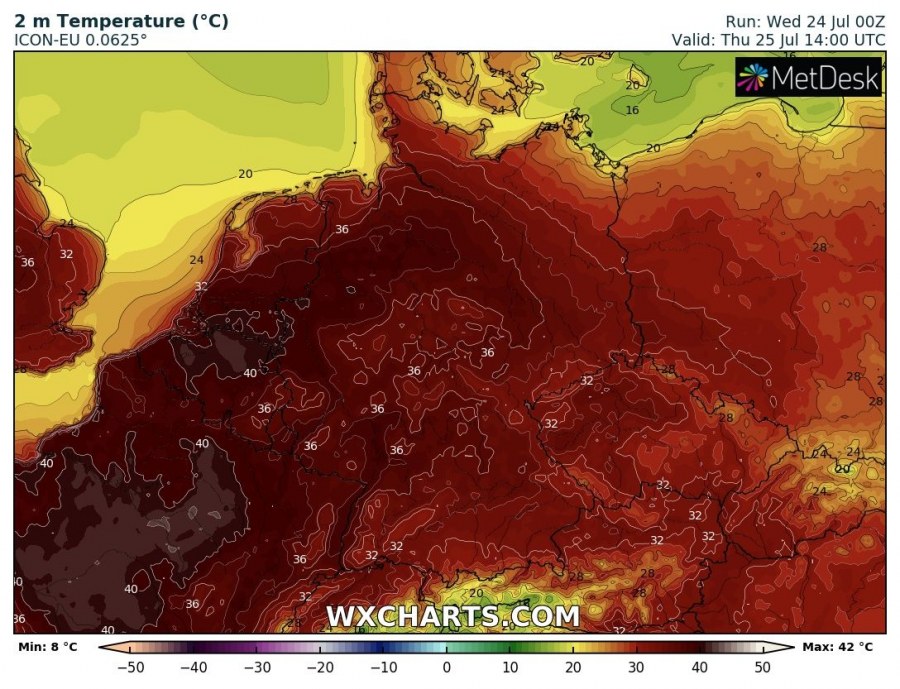 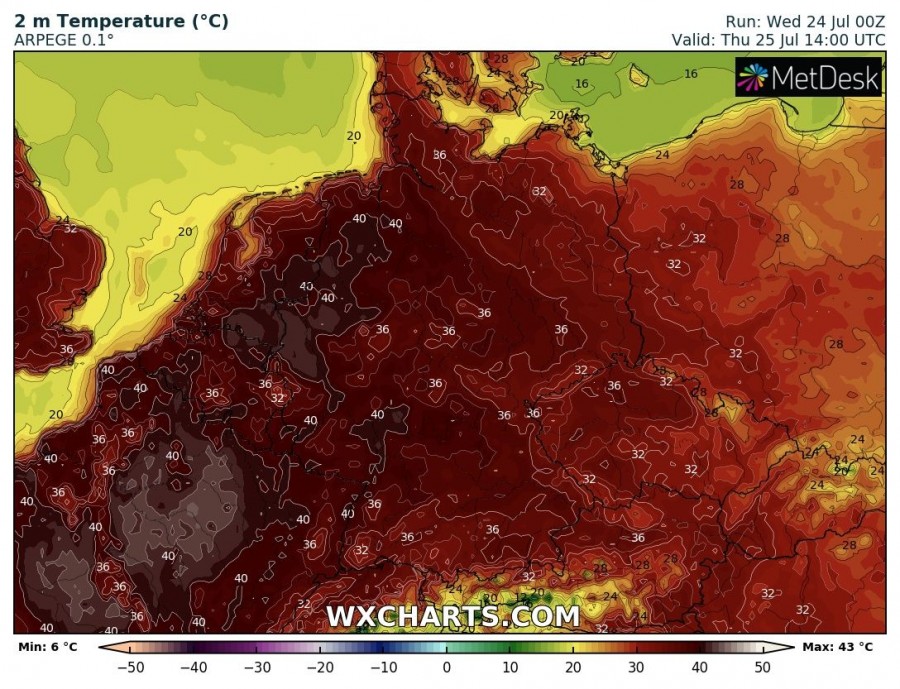 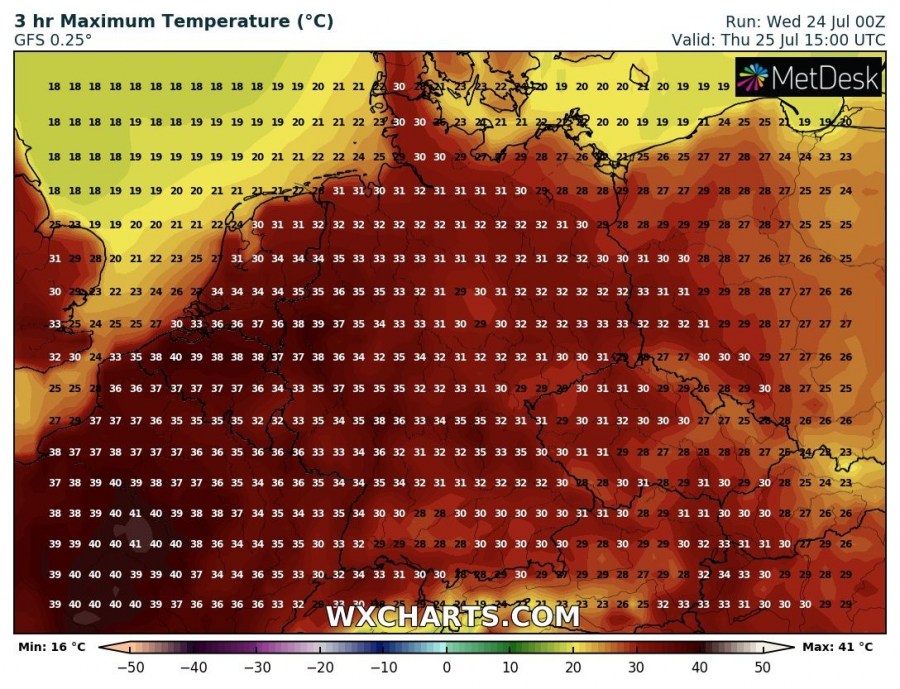 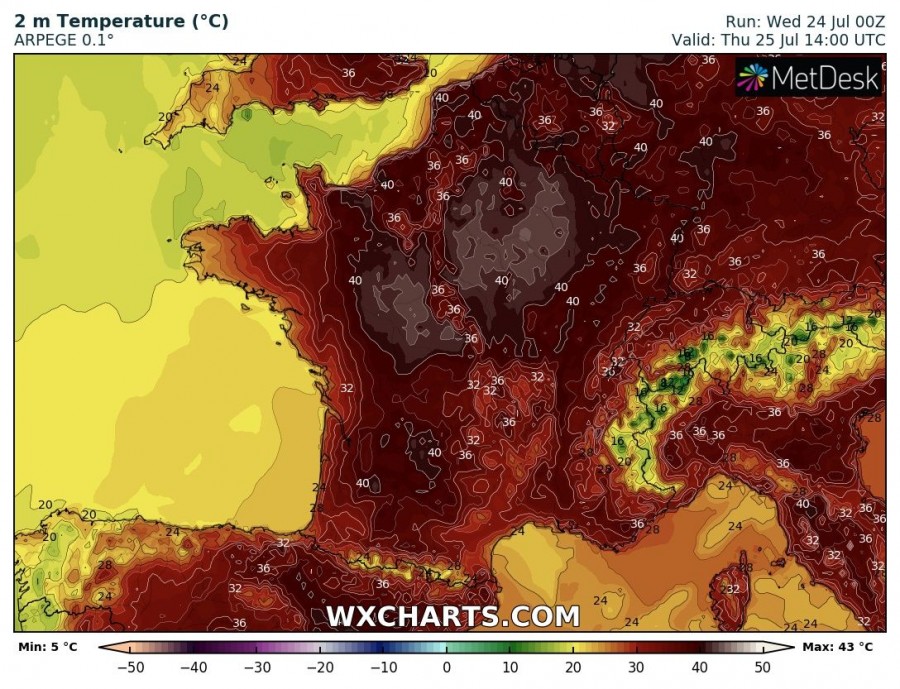 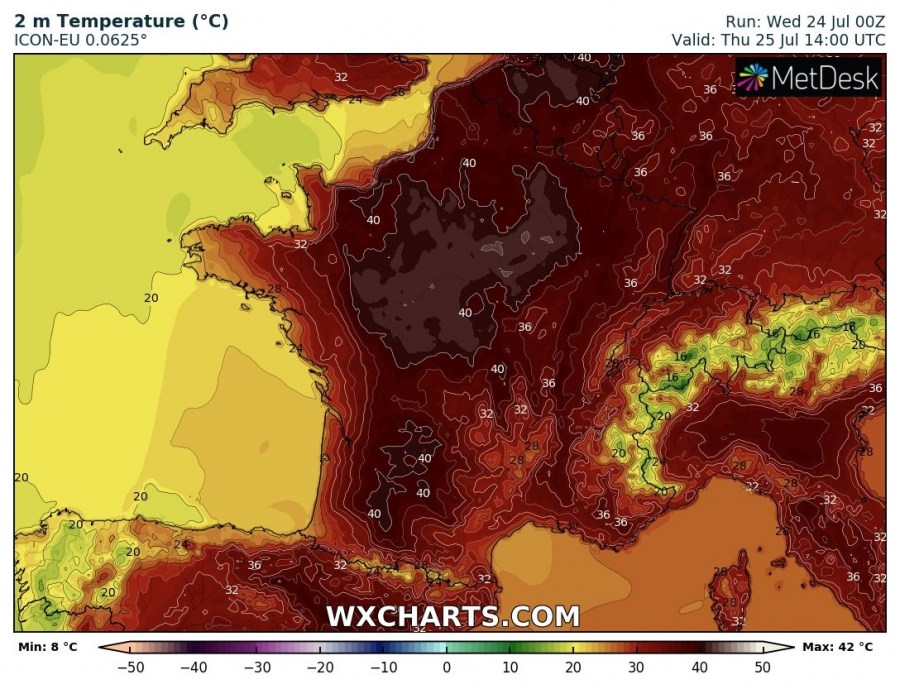 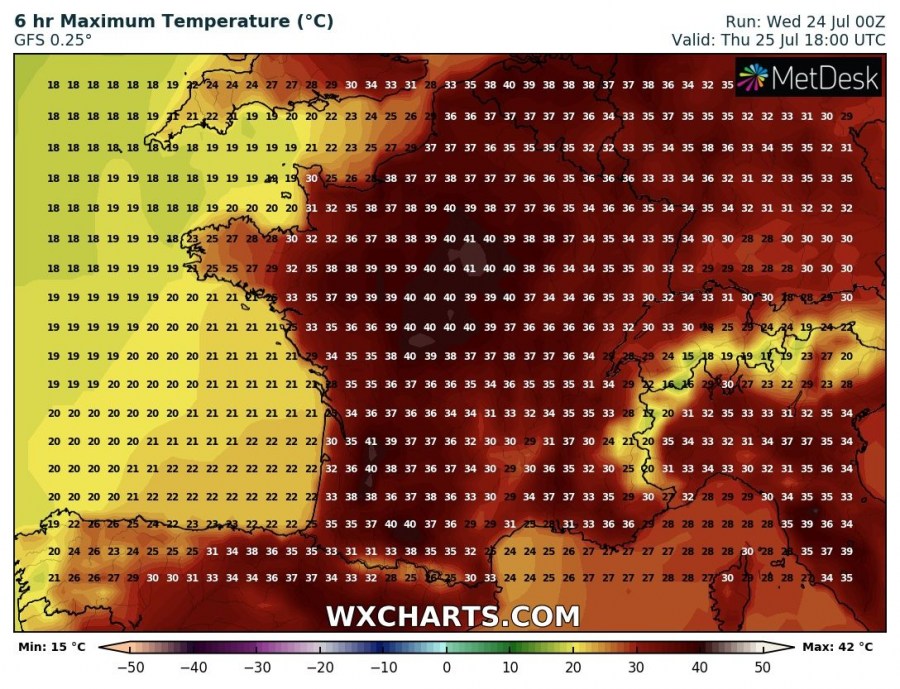 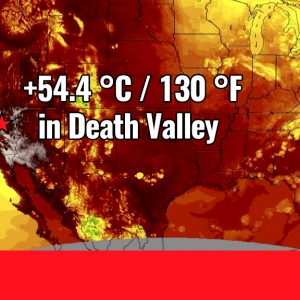