Unseasonally hot weather continues across much of southern and central Europe. Yesterday, temperatures reached into upper 20s to low 30s (!!) as far north as eastern Germany and central Poland! We take a closer look. 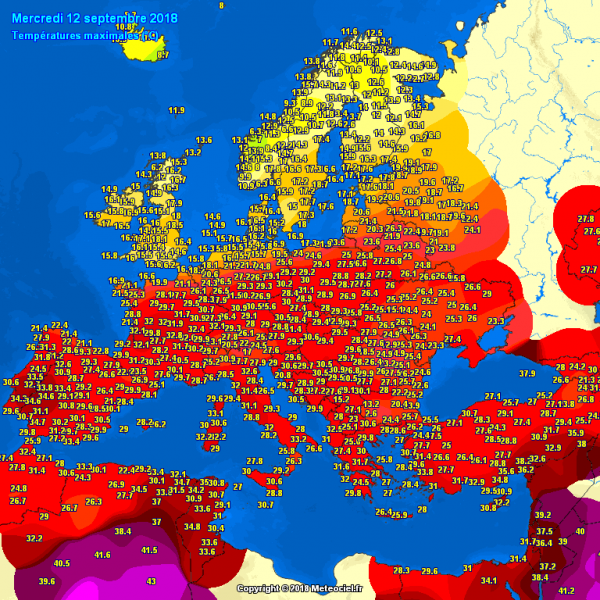 Central Europe was hot: temperatures pushed up to 30 °C in eastern Germany and up to 32 °C in southwestern Germany! Central Poland reached 30 °C, southern Poland up to 31 °C. This is extremely warm for mid-September. France pushed up to 33 °C in its central part, while much of the country was near or over 30 °C. Italy pushed up to 33 °C (NW Sardinia). Slovenia went up to 31 °C, Croatia up to 31 °C as well. The same in Hungary, Bosnia and Herzegovina and Serbia. The hottest weather was in SW Spain, where temperatures pushed all the way up to 36 °C. The hot weather is expected to continue and an even warmer/hotter wave is expected next week! Check out maps of yesterday’s peak temperatures below for more details (maps by Meteociel.fr). 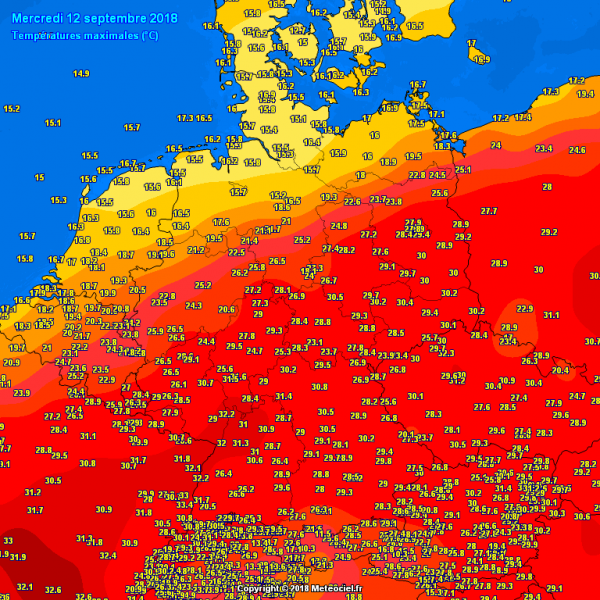 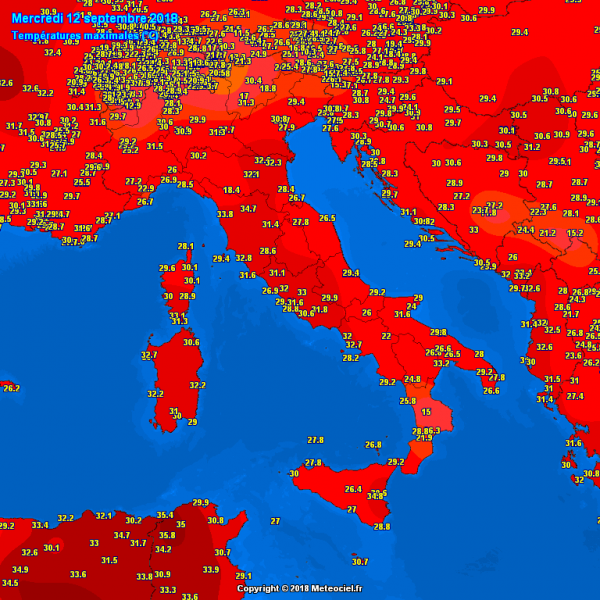 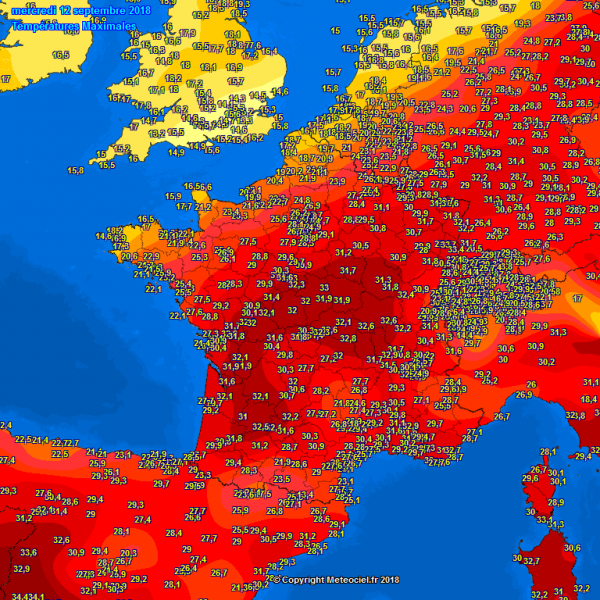 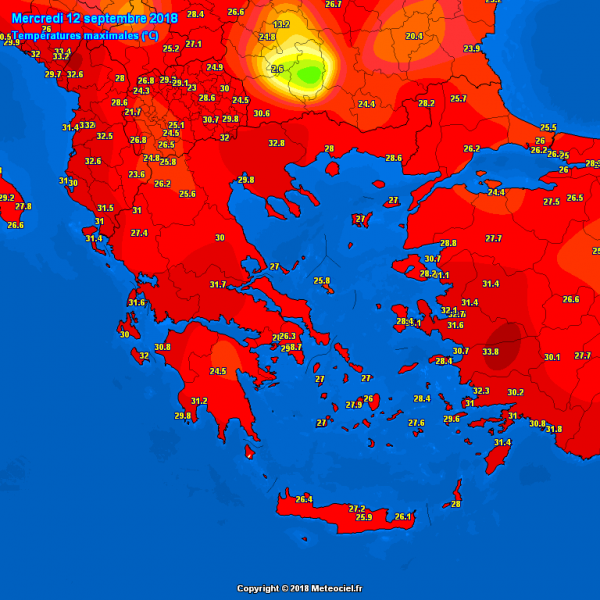 Share on TwitterShare on RedditShare on FacebookShare on WhatsApp
Florence now a CAT 3 hurricane, but still expected to make landfall as a major hurricane tomorrow
← Previous
Strong heat wave increasingly likely for much of Europe next week!
Next →
Comments are closed.