The Mediterranean Sea is currently much warmer than average for this period. Much of the sea is still at surface temperatures from 25 °C to 30 °C, about 2.5 °C to over 4 °C warmer than long term average. 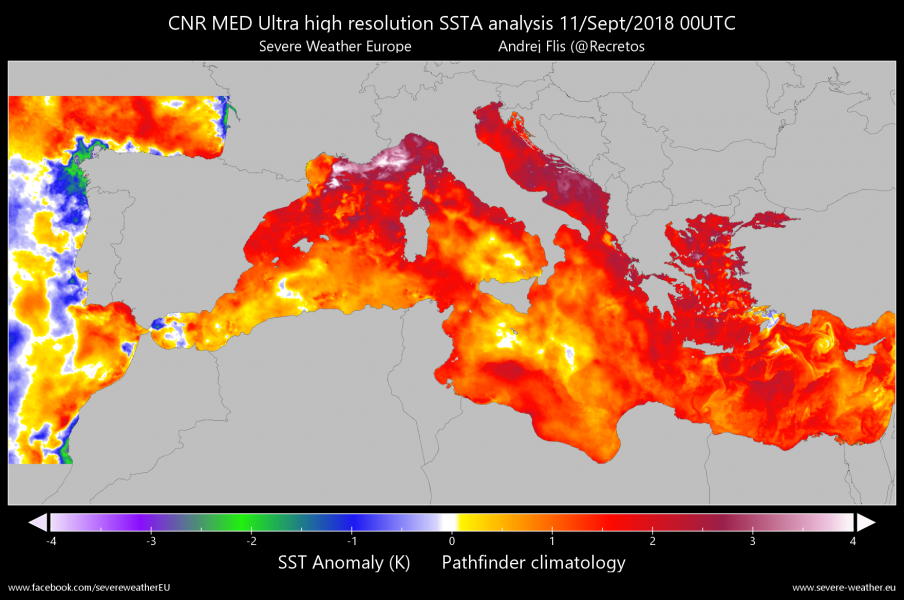 Looking at actual temperatures across the Mediterranean: the entire southern half is between 26 °C and 30 °C. Also very warm is the part between the eastern part of Spain and the Balearic Islands, with temperatures around 27-28 °C. Other parts are around 24-26 °C. Definitely still warm enough for a dip in the sea and even some late summer holidays! Check out the map below for details. 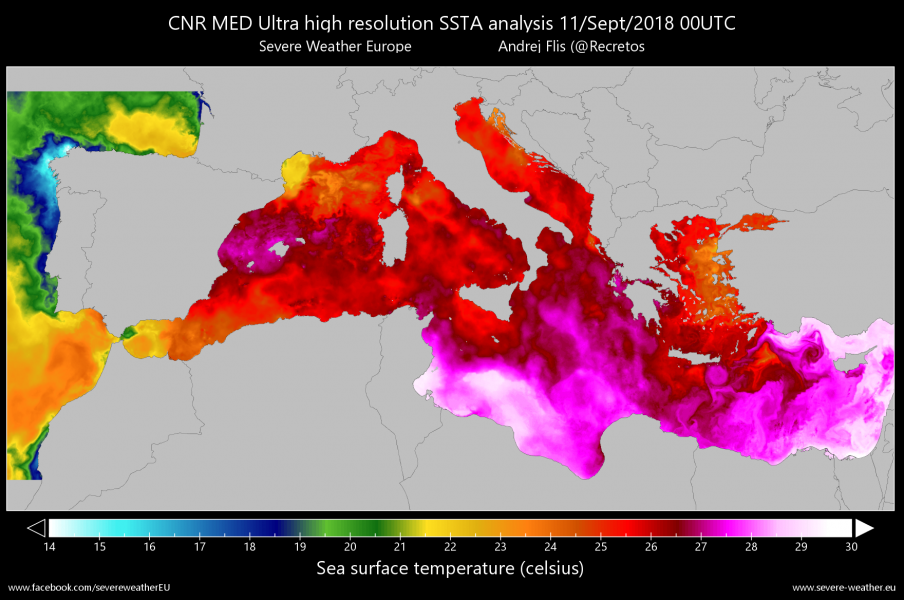 High sea surface temperatures increase the potential for severe thunderstorms and flooding in the autumn and winter months.