Preliminary analysis of the event indices the epicenter was approcimately 58 km SW of Puebla de Zaragoza, Mexico, a city of nearly 3 million, at a depth of approximately 50 km. Reports suggest many buildings in Puebla were damaged, with many collapses. 200 fatalities have been reported so far, however, the number may rise significantly.

Preliminary fault plane solutions (i.e. earthquake mechanism) indicates the main shock happened on a normal fault and is not directly related with the September 8 magnitude 8.1 earthquake.

Below are some of the first reports from the area hit hardest: 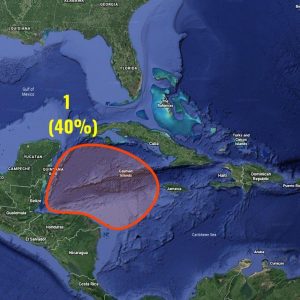 Hurricane season continues, as the Caribbean region soon becomes the focus for a new tropical formation in the coming days