Hurricane Michael still shows cold cloud tops, down to -80°C. Sustained wind speed up to 250 km/h are being reported along with heavy rainfall. 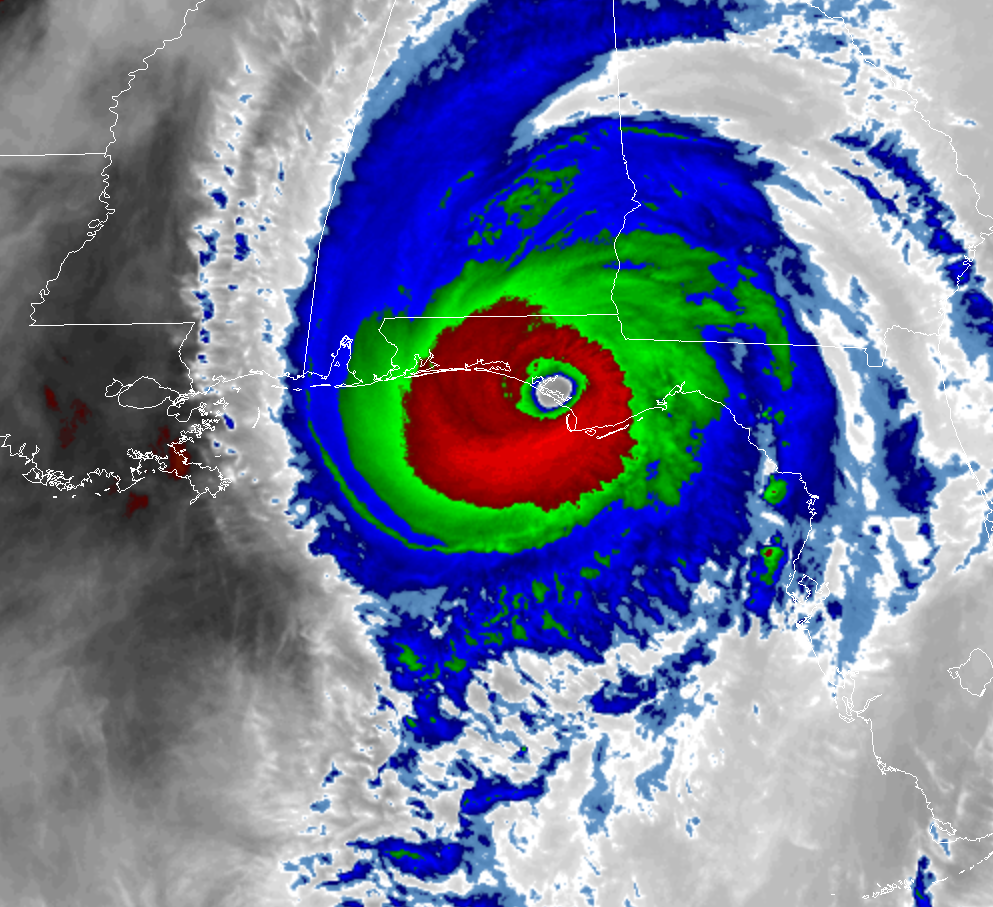 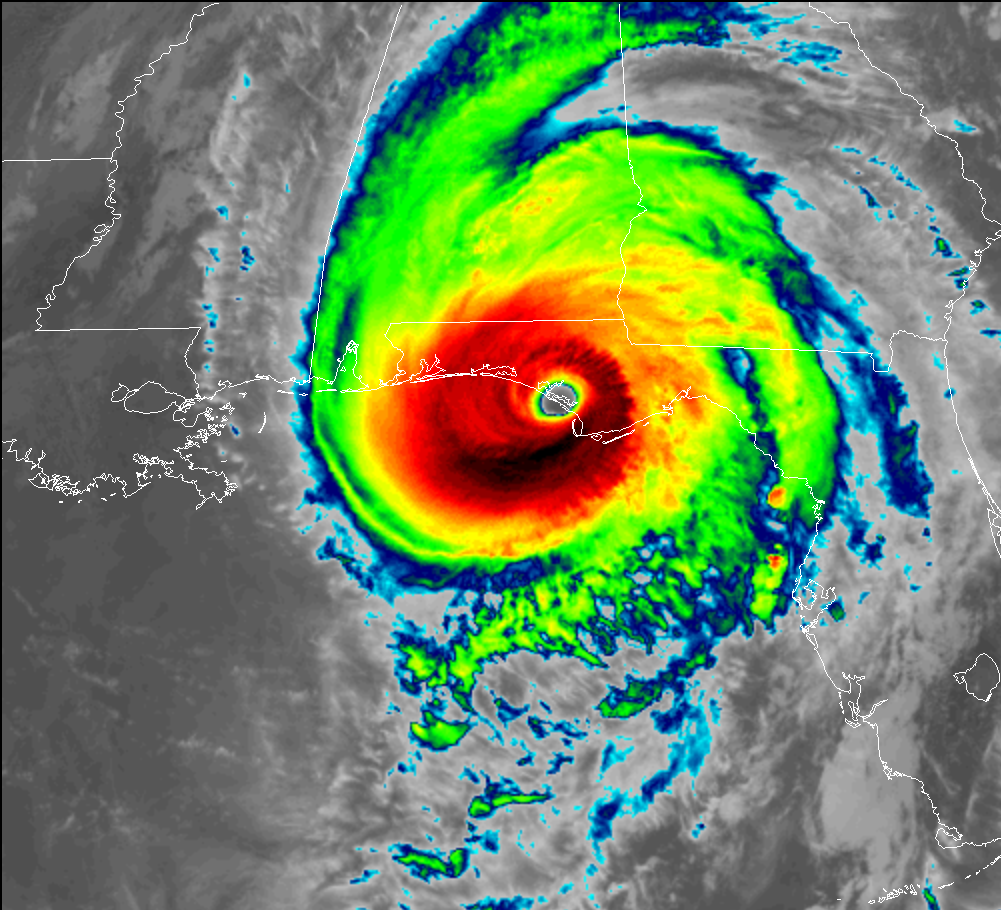 Radar imagery shows very intense bands of rain and an impressive and well organised structure, including a well defined and persistent eye formation.

The radar animation shows the approach of the hurricane and the strong convective bands moving around the centre of the hurricane. The storm is expected to gradually weaken as it moves further inland, but still being a threat with strong sustained winds and heavy rainfall. It is forecasted to move north-east along eastern CONUS, and then moving out into the Atlantic ocean towards NW Europe.

Current path forecast for hurricane Michael over USA, and hurricane Leslie out in the east Atlantic.  Image by National Hurricane Center