The system is still on track to affect Ireland and parts of the United Kingdom late tomorrow and on Sunday. Current model guidance suggest peak winds of 110-130 km/h in southern Ireland and lesser winds elsewhere. 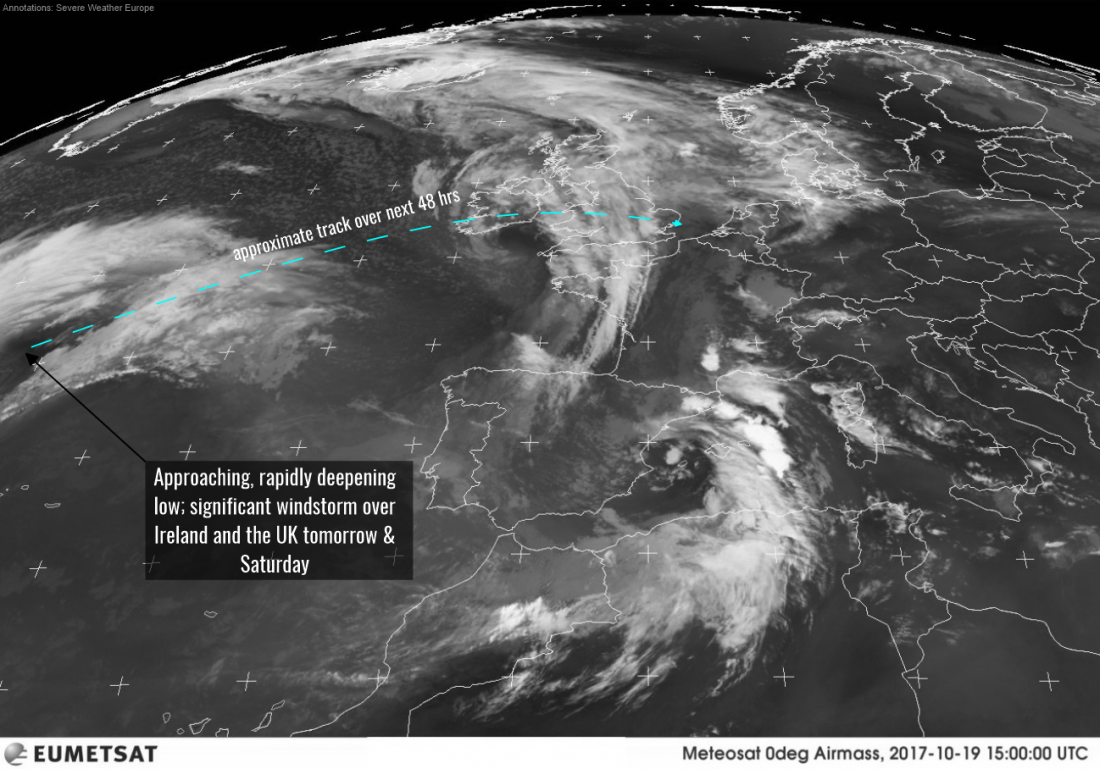 Currently the system is deepening over the central northern Atlantic, having dropped by 9 mbar in the past 6 hour (bombogenesis!) to current central mean sea level pressure of 979 mbar. The system is tracking ENE towards Ireland. Morphology of the storm in satellite imagery indicates a possible sting jet forming, although satellite imagery along is insufficient to ascertain its presence or absence. Recall that cyclone Ophelia likely developed a sting jet just before landfall, causing 191 km/h peak wind gusts just off the SW tip of Ireland back on Monday.

Most models agree the system will achieve peak strength late tonight and early tomorrow morning, deepening to below 970 mbar central sea level pressure. Peak wind gusts will likely be 150-160 km/h over the open sea southwest of Ireland. As the system will approach Ireland tomorrow its strength will likely be gradually diminishing, with peak winds over SW Ireland on Saturday morning with gusts 110-130 km/h. 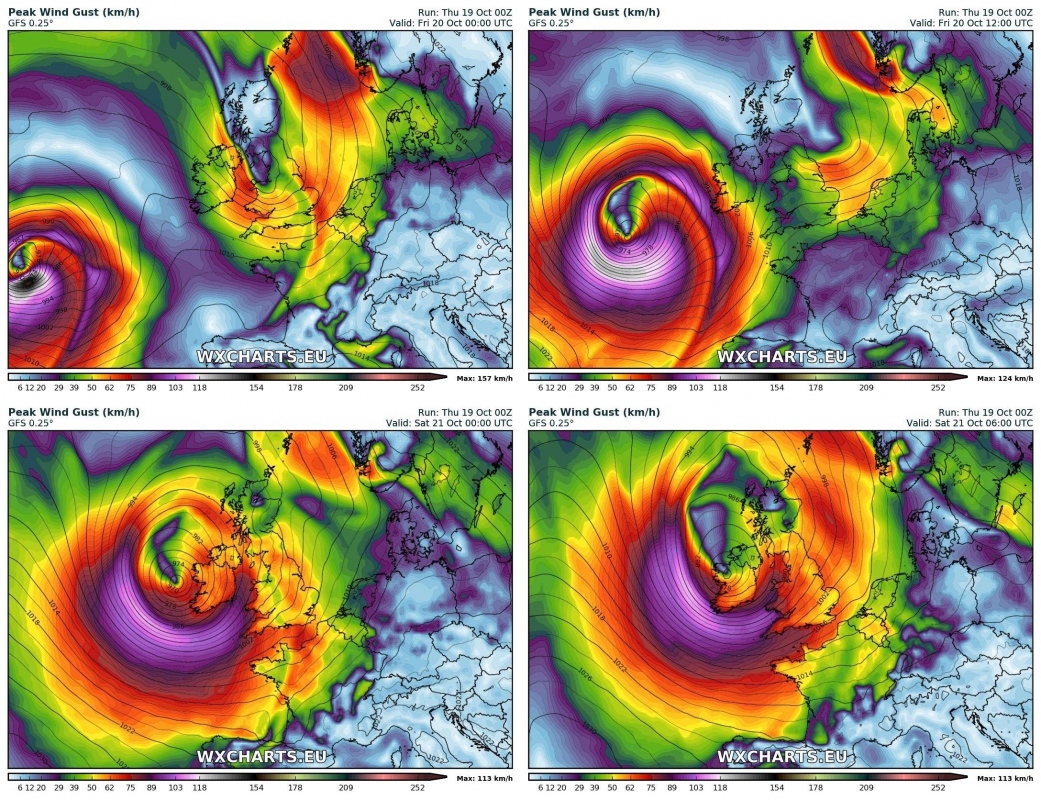 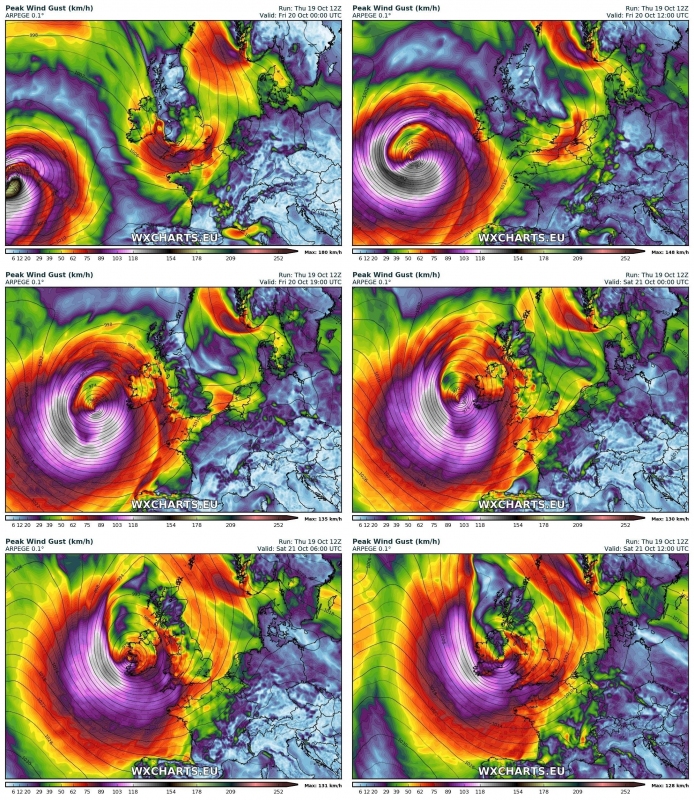 Contrary to some suggestions, it currently appears very unlikely that windstorm Brian will be as strong, let alone stronger that windstorm Ophelia last Monday. The system will still produce storm force winds, capable of causing damage. Check back for updates!