Up to 100 mm of rainfall, locally more, is indicated by high-res models for extreme NE Spain and S France by early tomorrow morning. Expect local flooding. 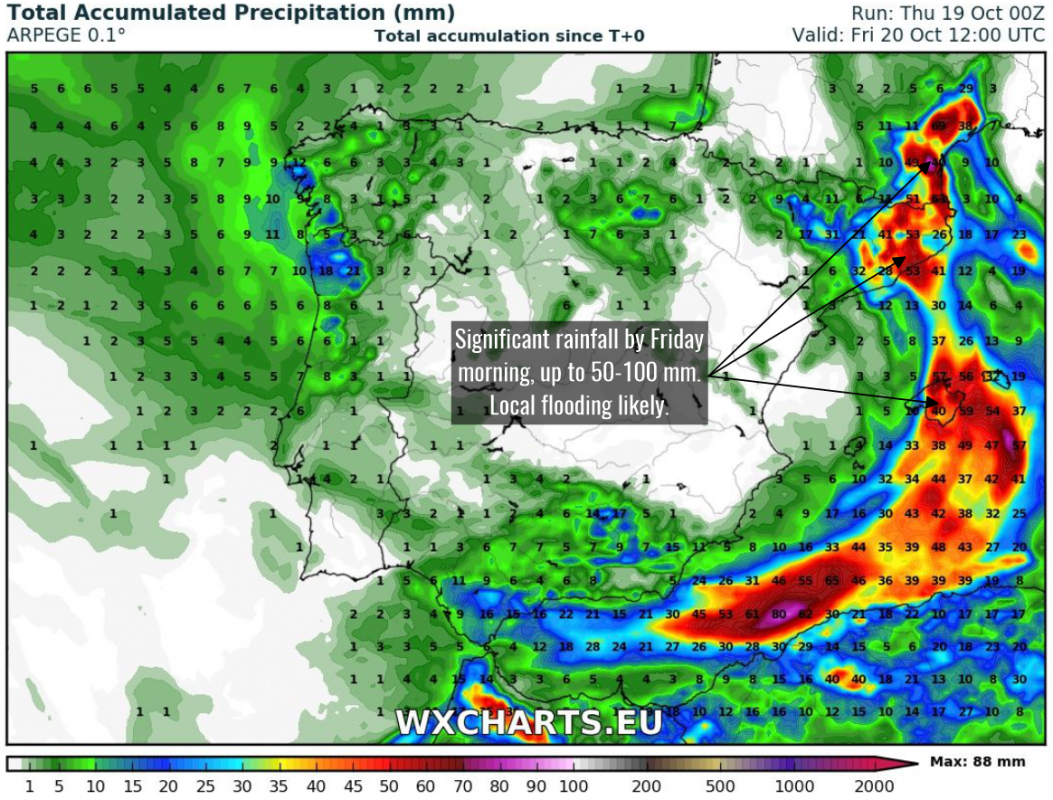 A cutoff cold core upper low is forming over the Iberian peninsula, with thunderstorms ongoing along the cold front in the eastern part of the peninsula and extreme western Mediterranean. Favourable south-north storm motion in extreme northeastern Spain and southern France will result in accumulation of rainfall from successive storms, locally up to 100 mm or more. Expect local flooding. 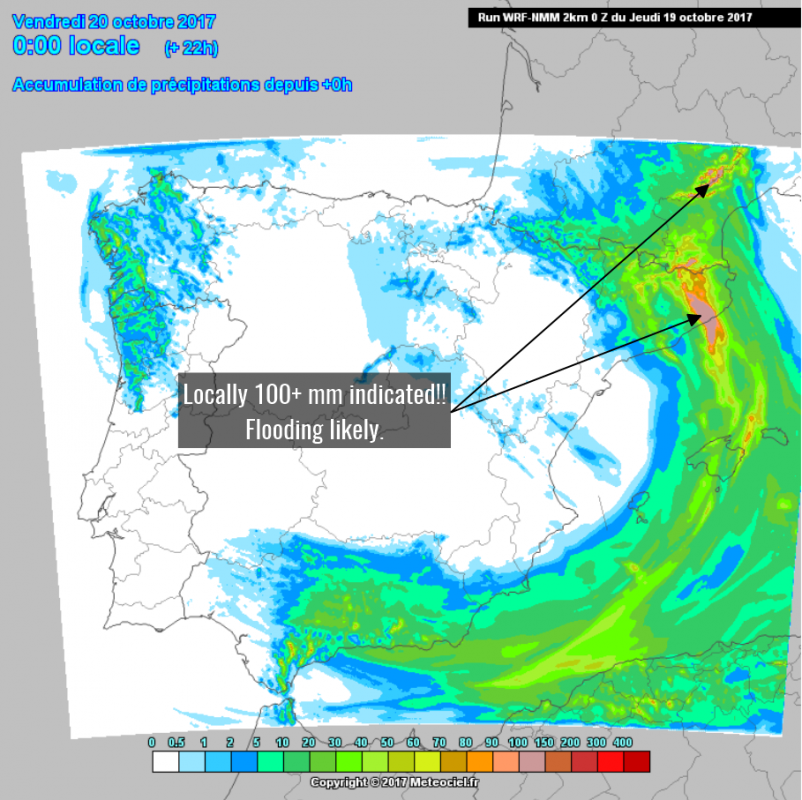 «Next Post Windy day ahead for extreme southwestern UK, the English Channel and northwestern France
Windstorm Brian to affect Ireland and parts of UK with storm force winds Previous Post»