Here is an update on the developing severe weather threat towards western Europe this weekend. A deep low-pressure system is moving across the far southeast Canada this morning and growing. It is expected to dominate the whole North Atlantic over the weekend and generate severe winds and high swell towards Ireland, Scotland, and France on Sunday.

NEW UPDATE: A very large North Atlantic depression this weekend. Then a dynamic Atlantic should enhance flooding threat and wind/swell across Ireland & UK into next week

A very large North Atlantic depression this weekend. Then a dynamic Atlantic should enhance flooding threat and wind/swell across Ireland & UK into next week

The system is currently located over the far southeast Canada, it had a central pressure of 971 mbar as of 06 UTC this morning. This is the surface pressure analysis since system’s birth in the northeast US on Wednesday: 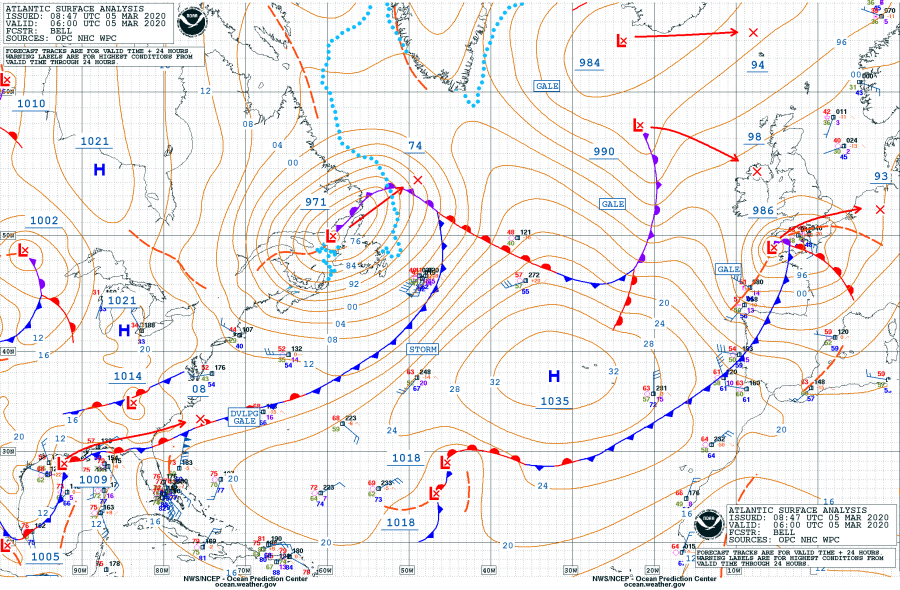 It is already showing quite an impressive satellite presentation of a developing very large core, with a well-defined channel / dry conveyor belt wrapping into it. The center of the low is currently located just north of the Newfoundland while the system is expanding across the Labrador Sea and Northwest Atlantic: 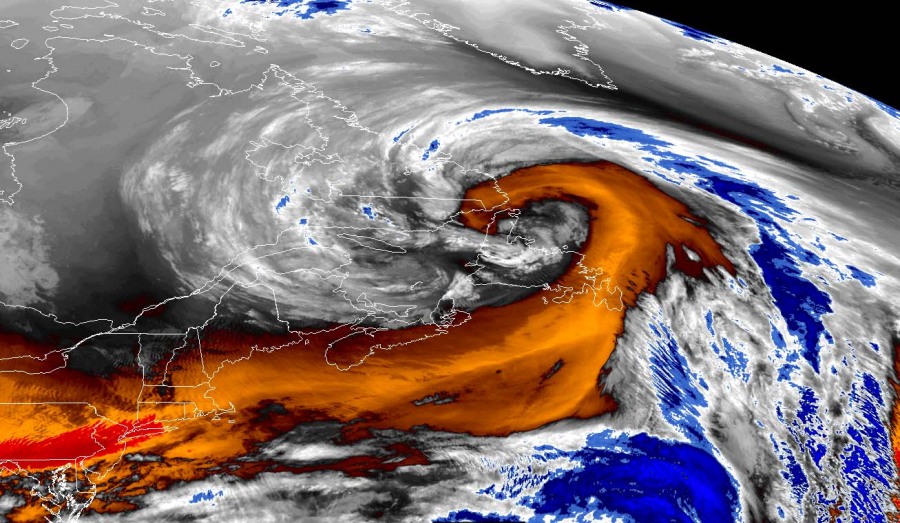 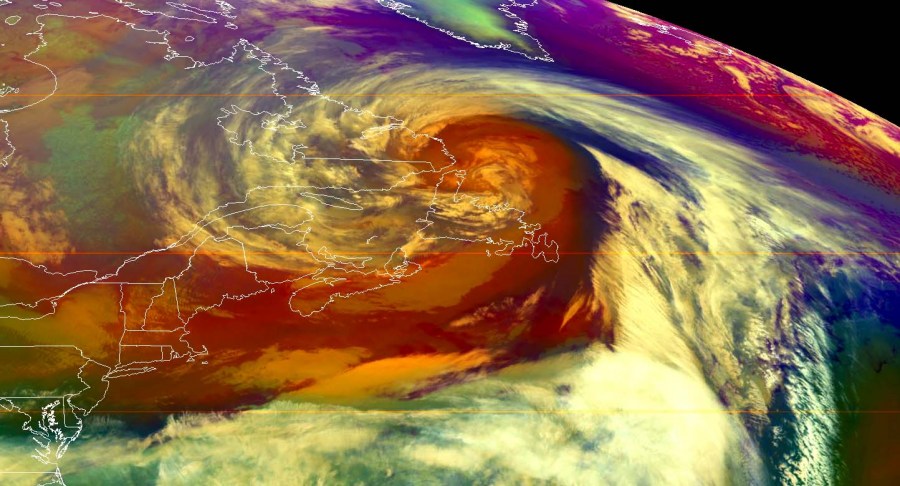 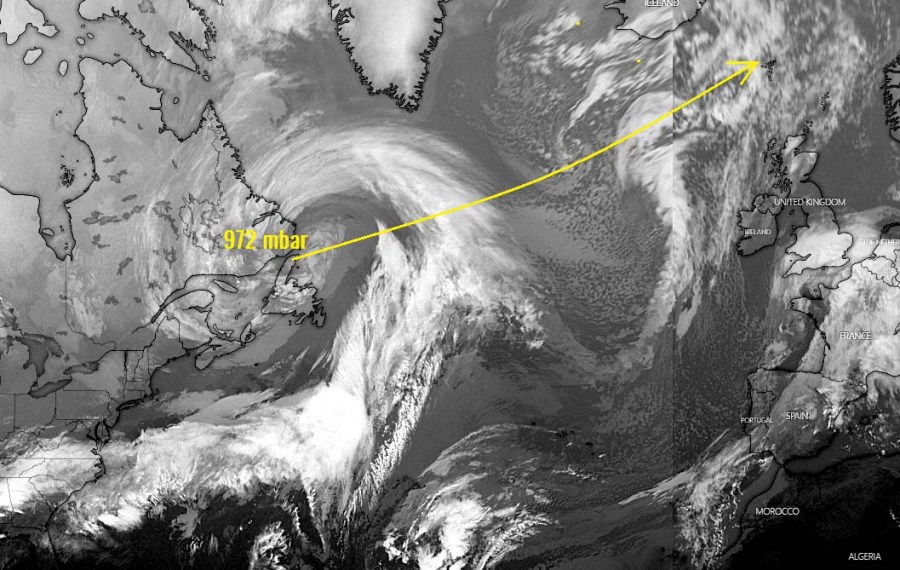 The conditions will begin worsening on Friday night as the North Atlantic cyclone comes closer to western Europe, entering Ireland on Saturday morning. Although the system will not be extremely deep – likely around 970 mbar in its center only – the system itself will be very large, generating a broad wind field and across a few days span. The broad center of the circulation will be slowly drifting northeast across the North Atlantic, between the UK and Iceland. So both regions will be affected with severe winds and high waves – the UK/Ireland with warm westerlies, Iceland with cold easterlies on the northern side of the low. Attached is the sequence of the pattern evolution after tomorrow (Friday). 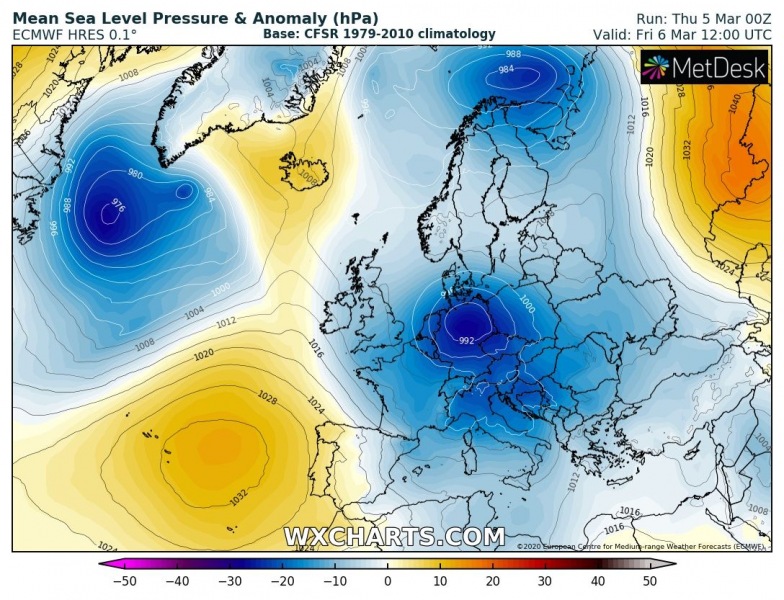 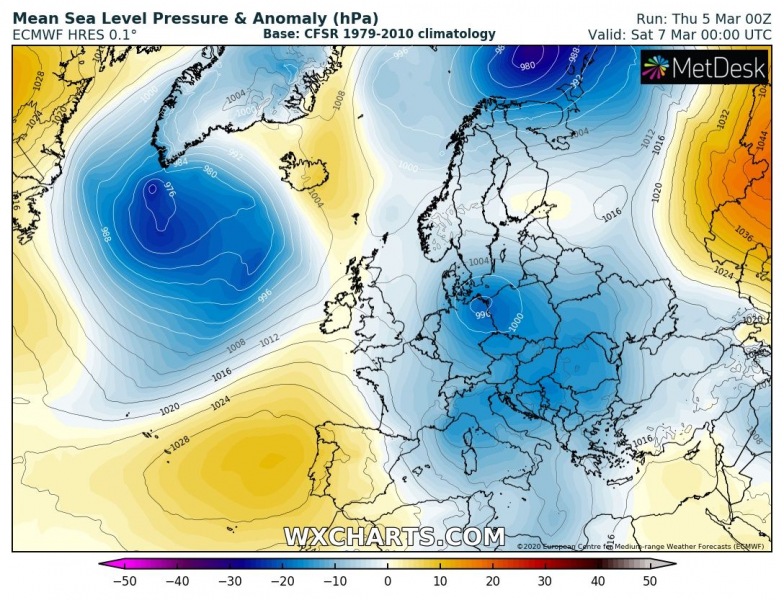 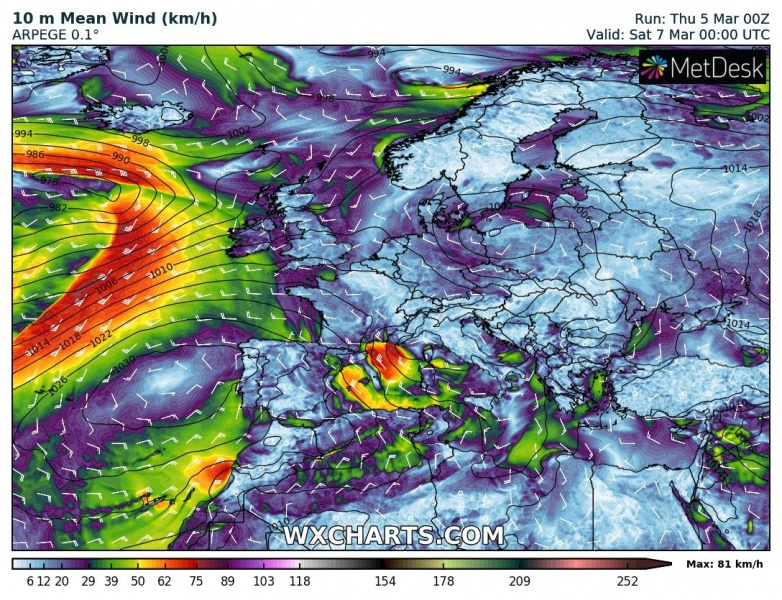 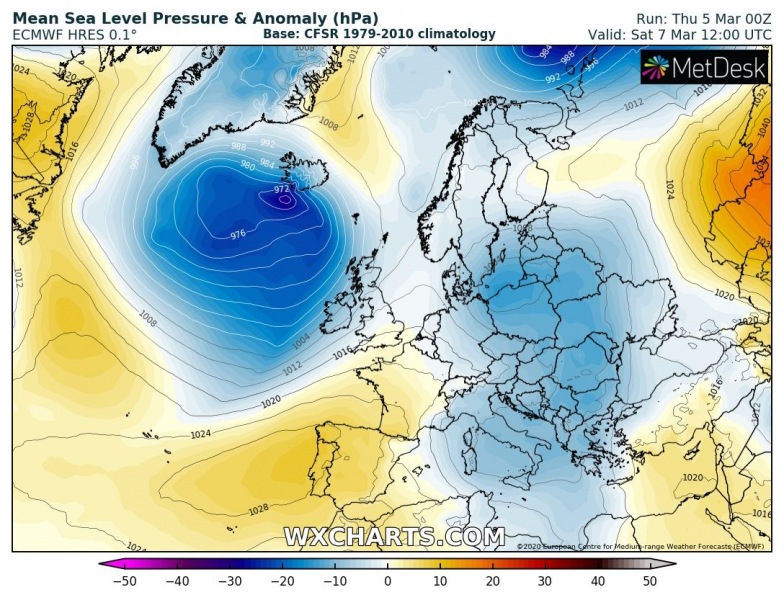 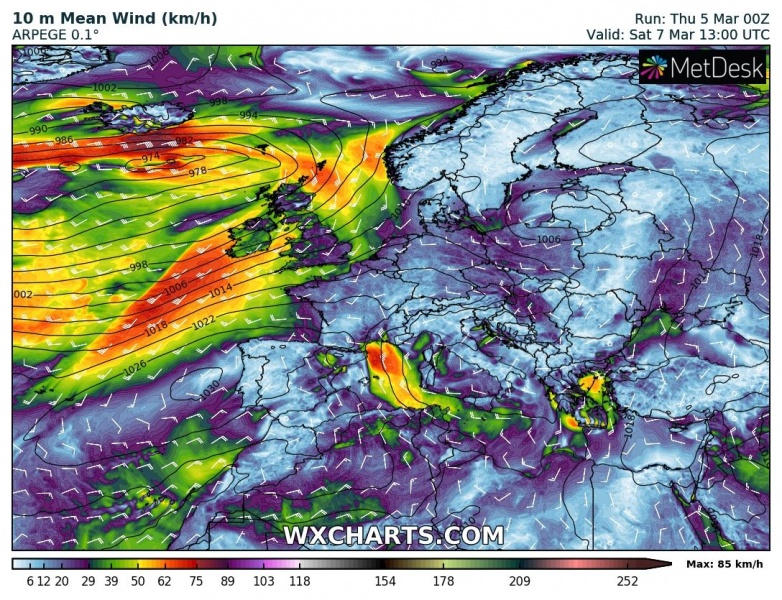 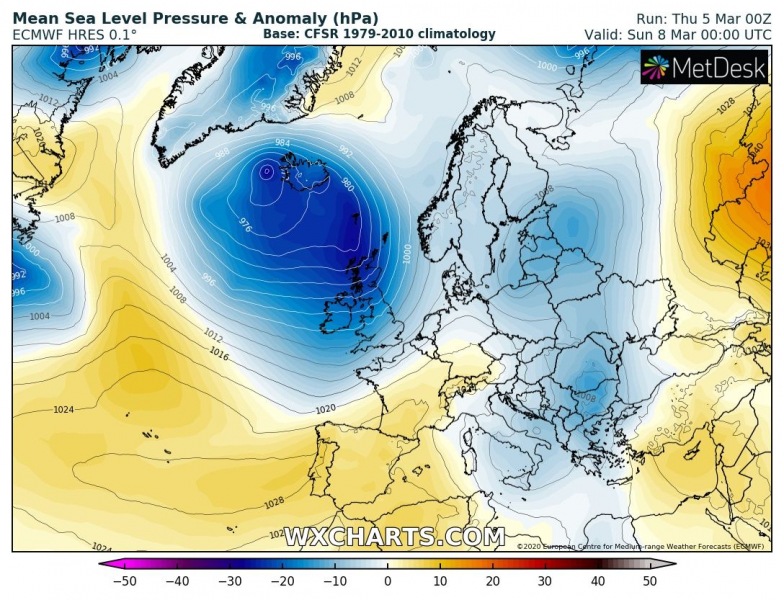 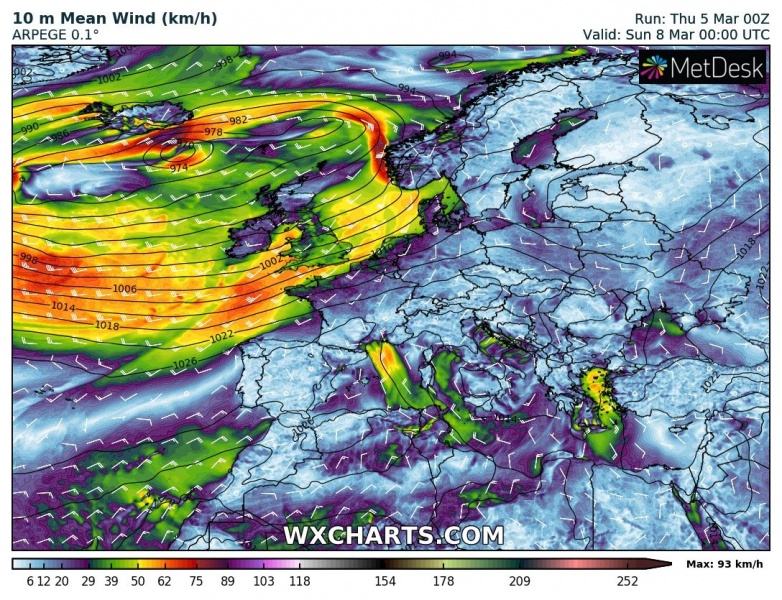 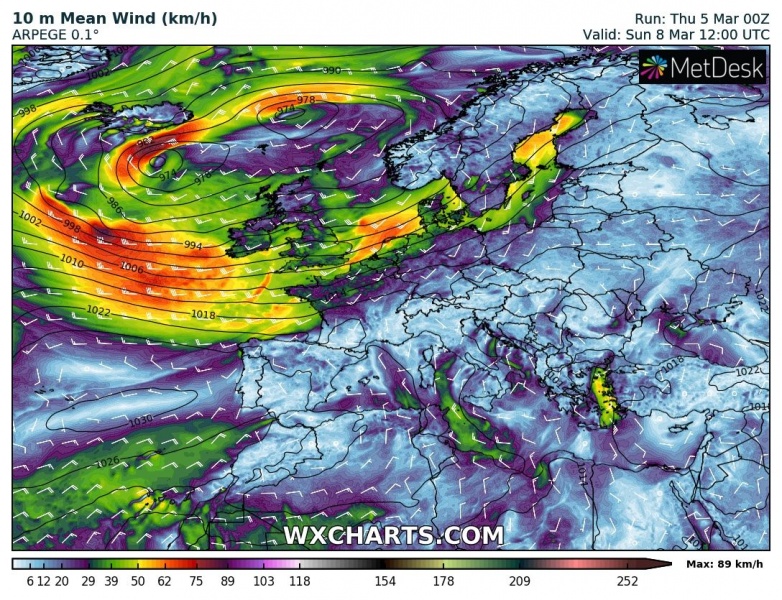 The North Atlantic view of the large extratropical cyclone evolution from Friday through Sunday: 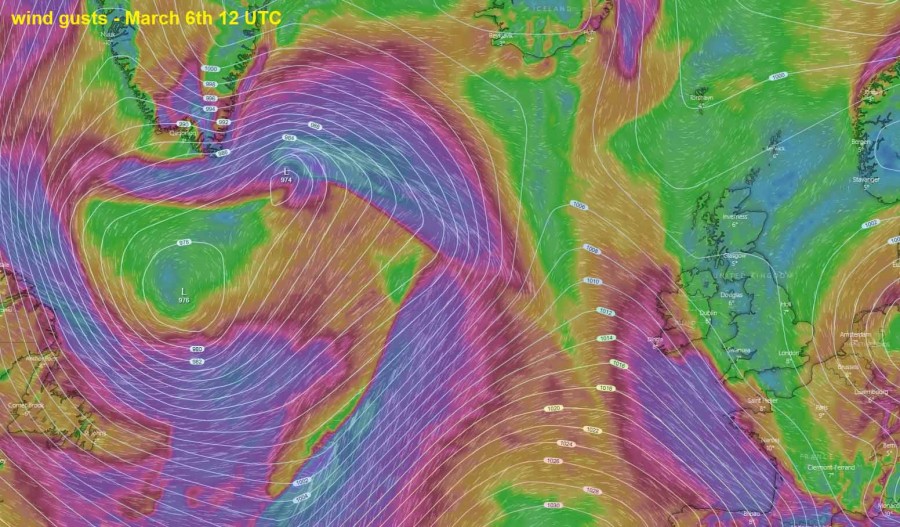 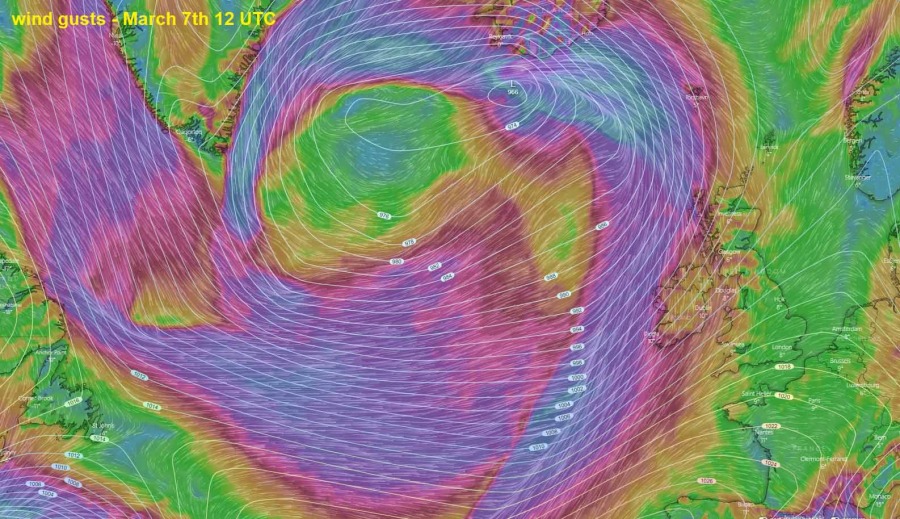 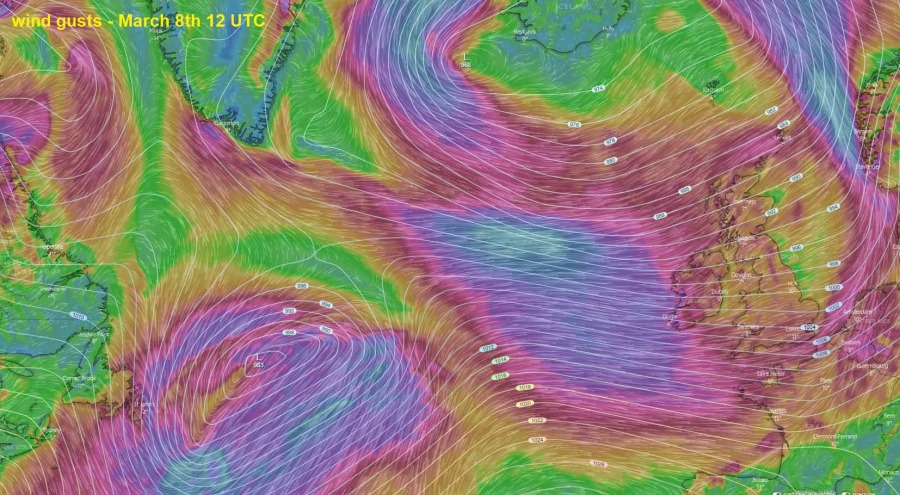 Such a large system usually results in high waves across the broad area and especially high swell. It will be gradually spreading across the North Atlantic towards Ireland, Scotland and western France from Saturday through Monday. 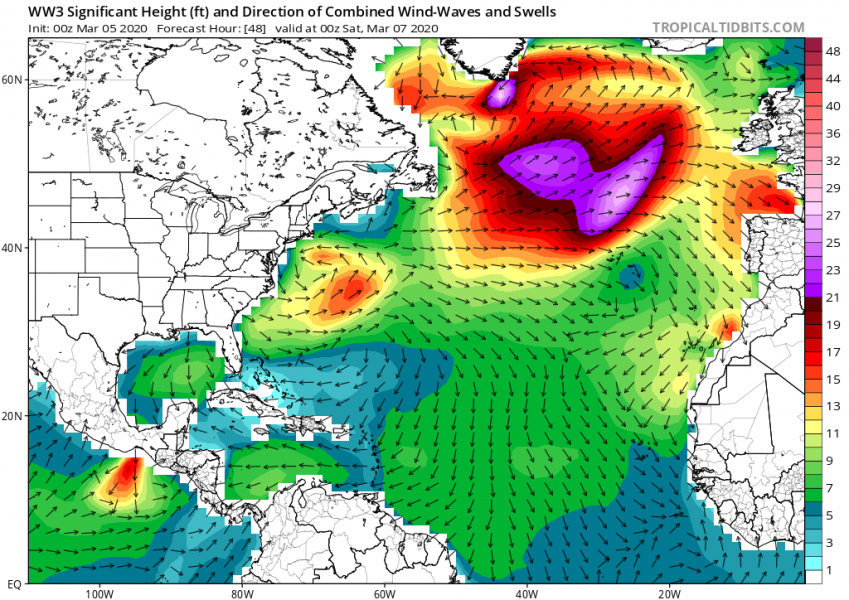 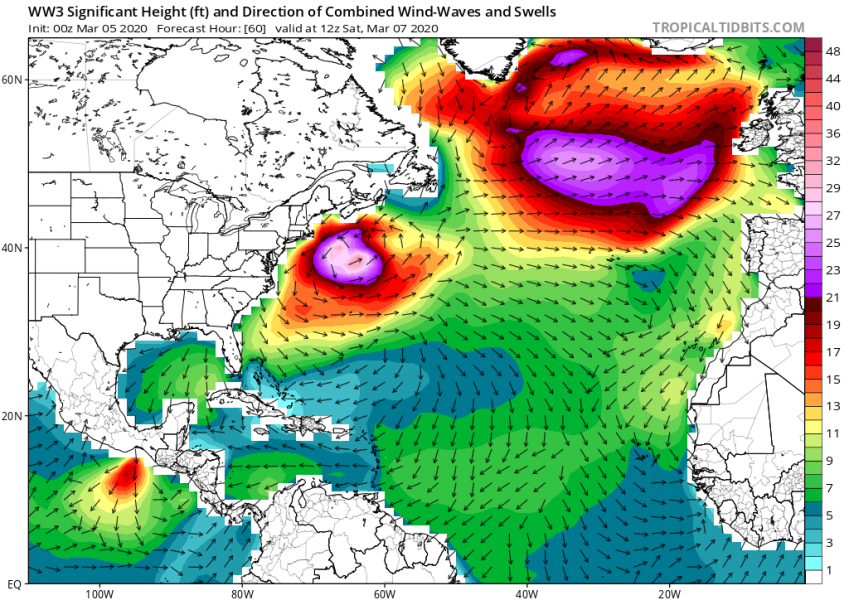 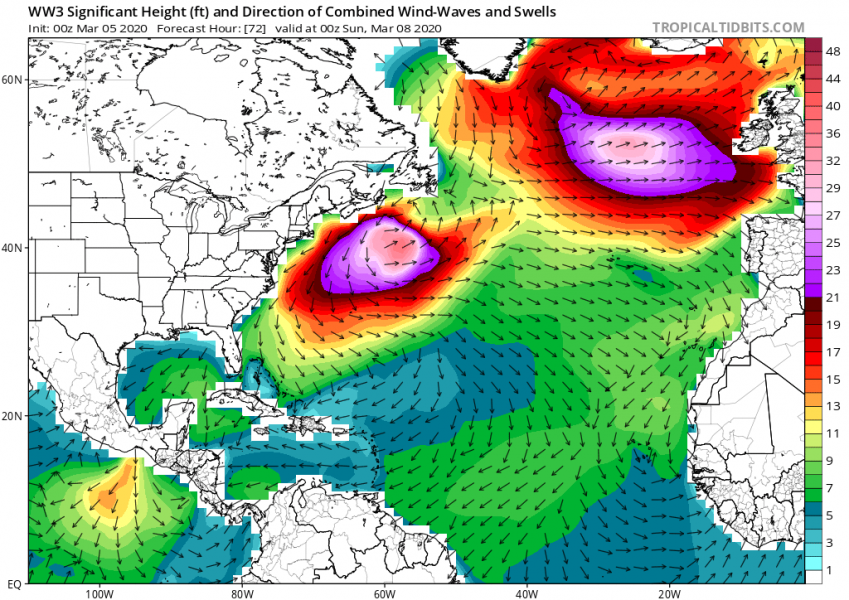 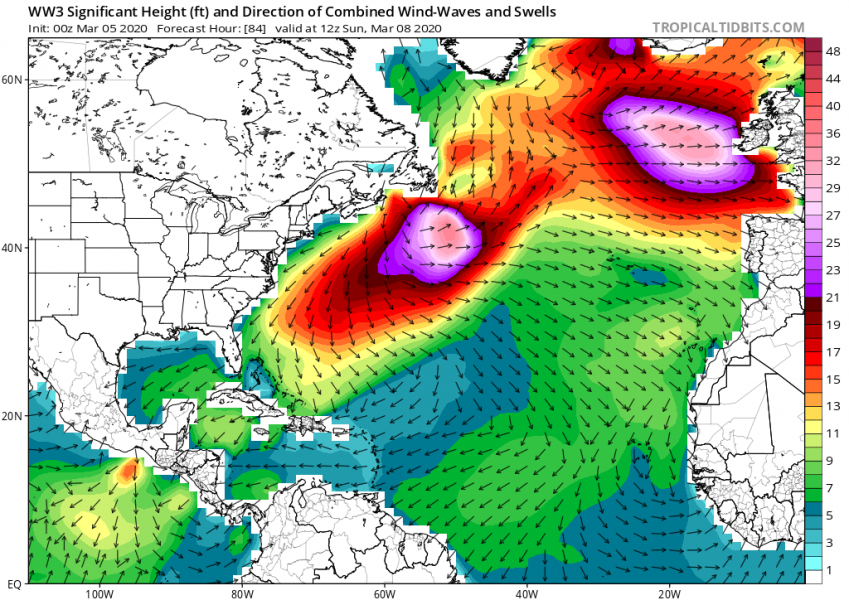 It appears likely the severe winds and high waves/swell threat should continue into next week, as global models are trending towards even deeper troughs over the North Atlantic and northern Europe, resulting in deep cyclones into western Europe. We are monitoring the pattern evolution and will be updating in the coming days. 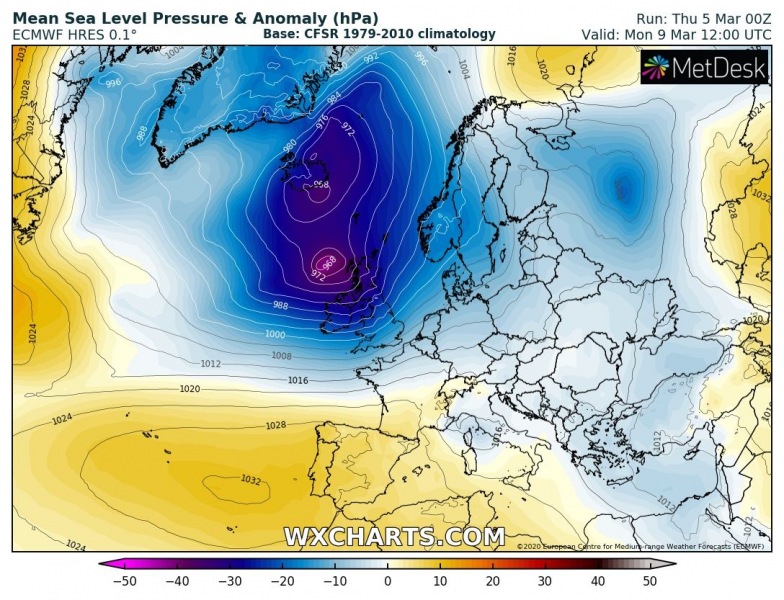 A powerful deep cyclone develops over the Newfoundland and Northwest Atlantic on Thursday, resulting in gale-force winds and broad swell towards Europe this weekend