We have seen the twins – two cyclones simultaneously ongoing over the North Pacific twice this winter, but today there is another very impressive combination ongoing. Three cyclones in a row and actually they are all connected to each other! Yes, all three, with surface fronts! Some pretty spectacular satellite imagery can be seen, see details below.

Here is the 18 UTC (March 4th) analysis with a pretty spectacular satellite view of all three systems together over the North and Northwest Pacific right now. While the middle system is the largest and matured, the side systems are in the rapidly intensifying process. What we can see is that all systems are actually connected to each other with the surface fronts! That’s pretty remarkable to observe. The fourth image is a close-up view of the eastern two cyclones, we can perfectly see their connection with a front and also a strong Arctic airmass advection behind the first system, from the Bering Sea across the Aleutian Islands into the North Pacific. 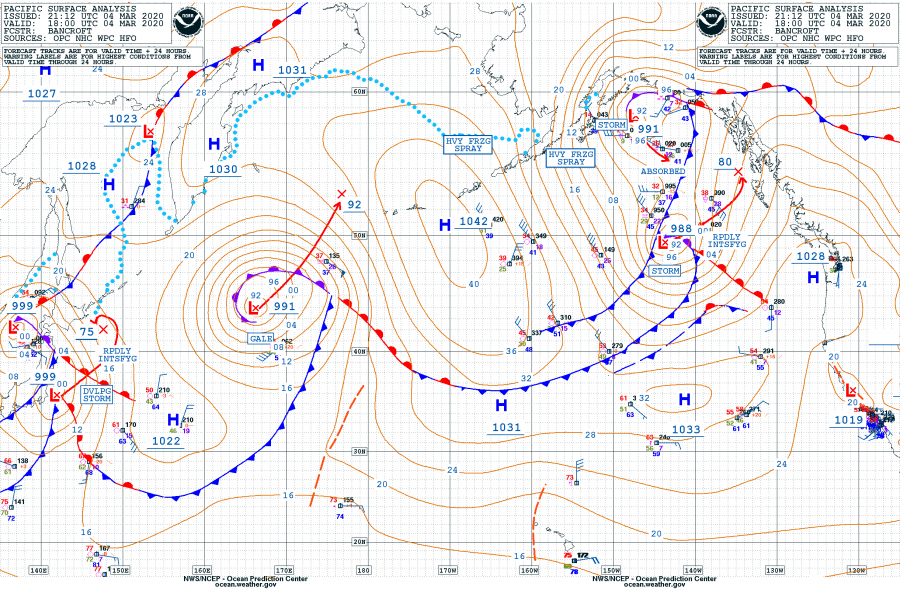 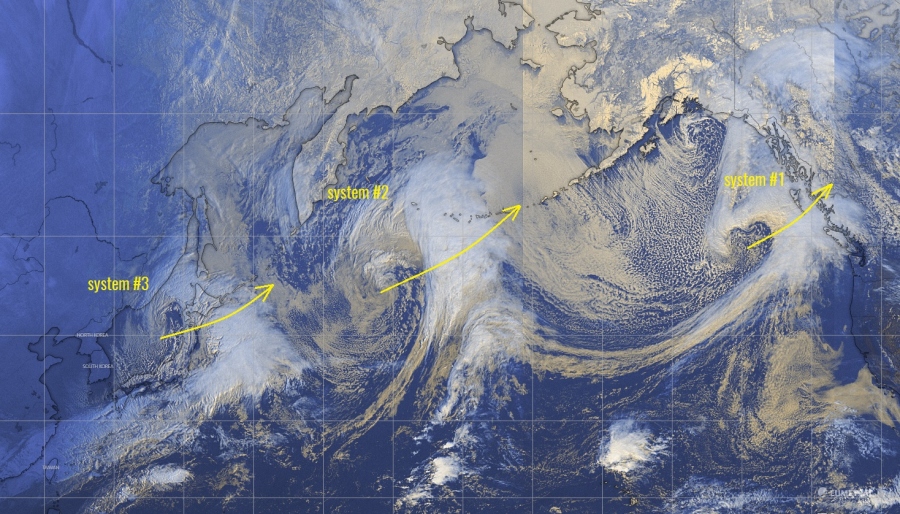 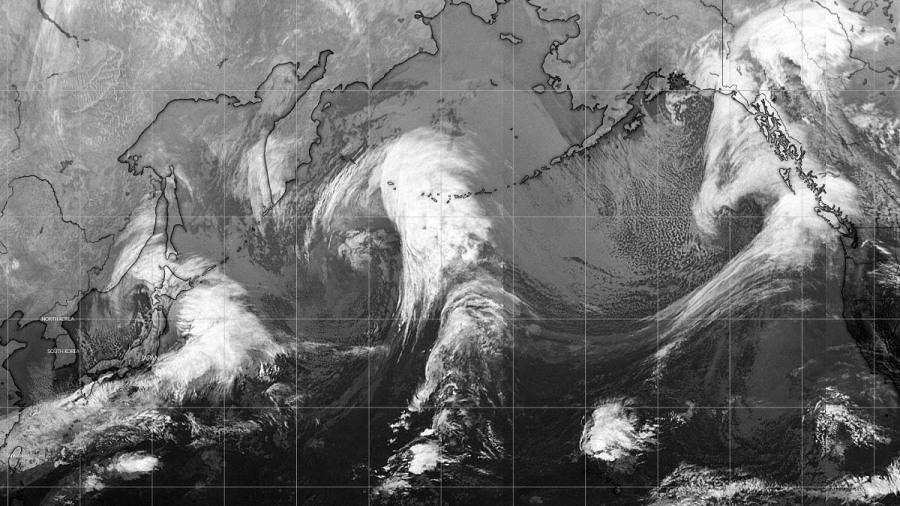 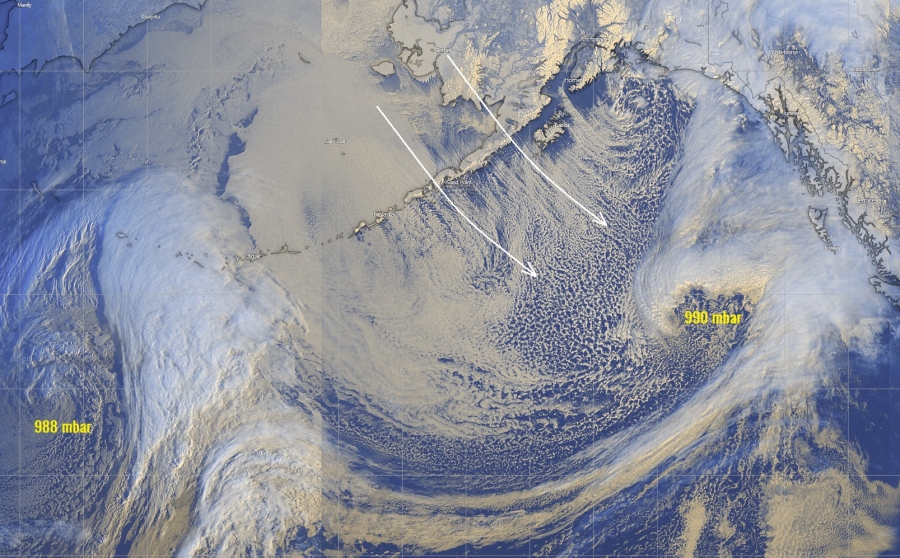 A pretty impressive and rapidly intensifying cyclone is located south of the Gulf of Alaska, soon reaching its peak, likely tonight. Its central pressure was 988 mbar as of 18 UTC today, March 4th. Its central pressure is expected to deepen further, close to 980 mbar over the next 24 hours while its center nears southeast Alaska tomorrow. 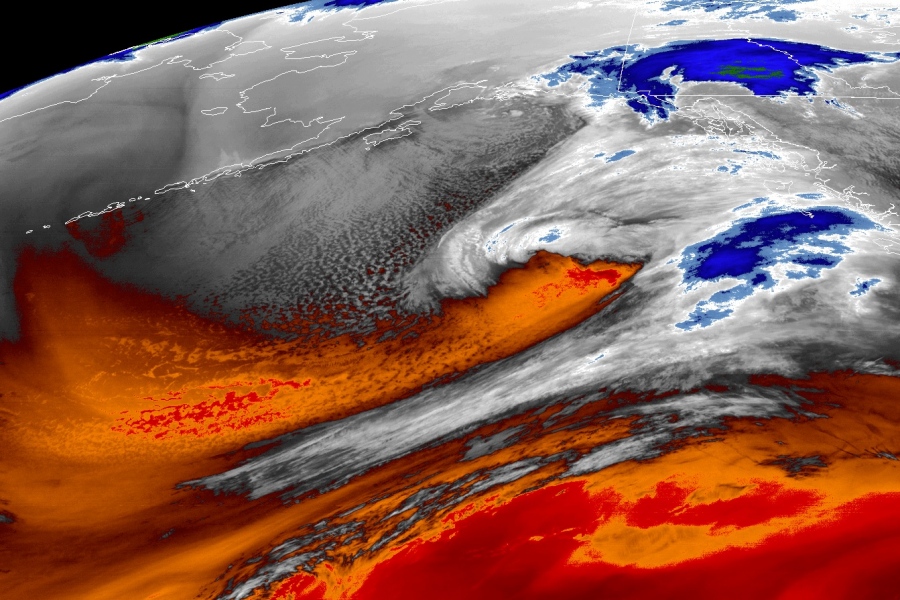 System #2 has matured today and is quite a large cyclone. Its central pressure was rather shallow 991 mbar as of 18 UTC today. It is expected to remain a large system and continue moving northeast towards the Aleutian Islands over the next 24 hours and maintain its strength and central pressure around 992 mbar. 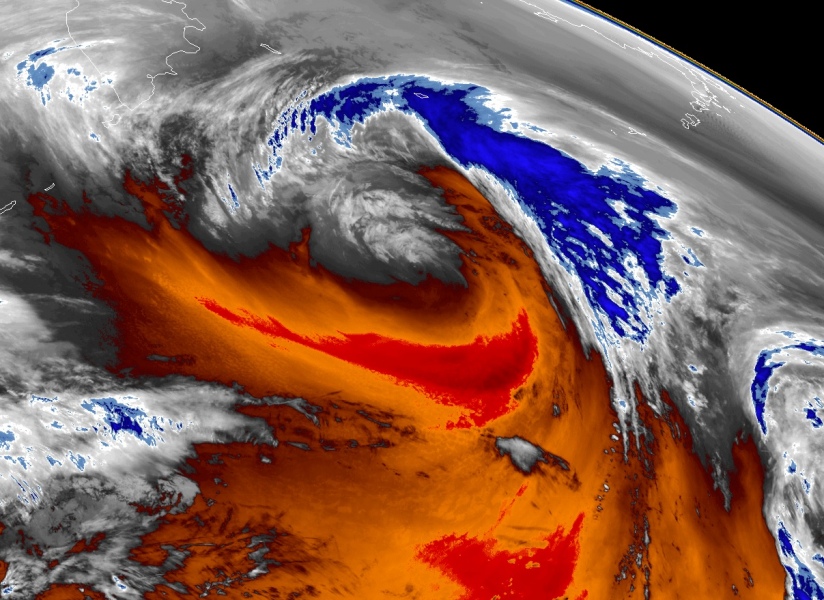 This system is located over Japan right now, with a central pressure of 999 mbar at 18 UTC on March 4th. It is under the rapid intensification phase, expected to deepen into around 975 mbar over the next 24 hours. 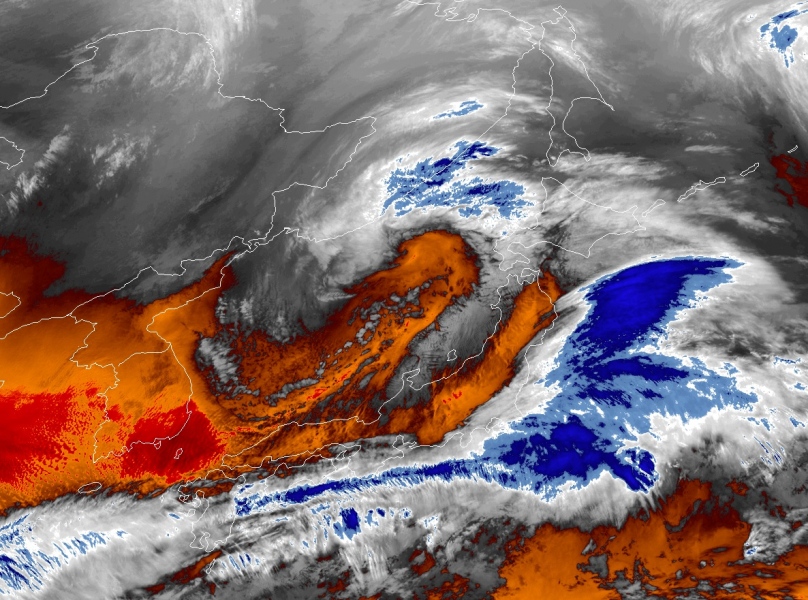 Analyzing the winds around the all three systems tomorrow 12 UTC (morning local time), we can see they will all have quite a large wind field of storm/gale-force winds. 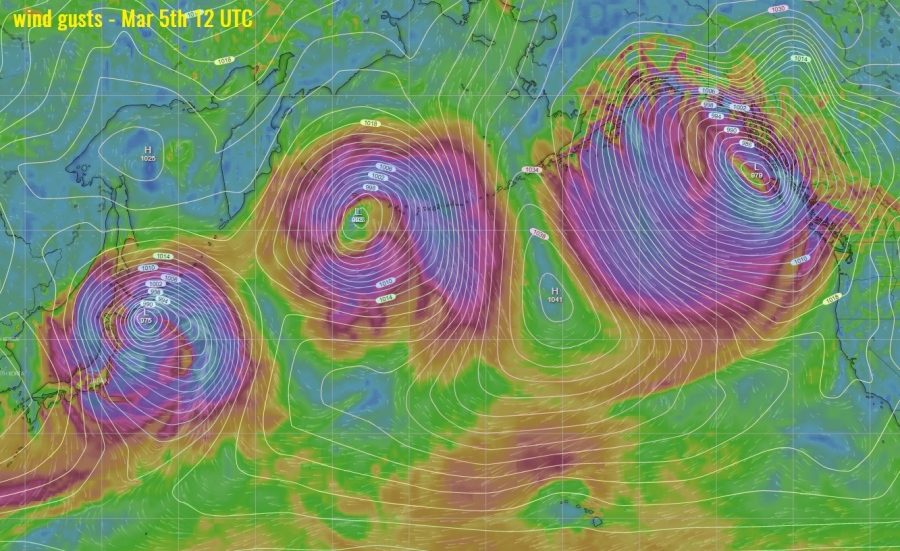