While the main focus is on the volatile environment across the North Atlantic and western Europe these days, such pattern is usually responsible for upper-level ridging over Europe. Resulting in much above normal temperatures. This weekend, an extreme warmth develop over central Europe first, gradually spreading across eastern Europe and the Balkan peninsula until Tuesday.

Looking over the 500 mbar, 850 mbar and 2m temperature charts we can see an extreme negative anomaly of geopotential heights are spread across the North Atlantic – that is the extremely deep and large extra-tropical cyclone #Dennis. To the east of this feature, the upper-level ridge is strengthening across Europe. A powerful jet stream between these systems is delivering much warmer airmass across our continent. The air mass under the building ridge also warms up significantly and results in extreme anomalies of more than 16 °C at 850 mbar. Also, the near-surface layers will be very warm, excluding the areas where thermal inversion layers limit higher temperatures. 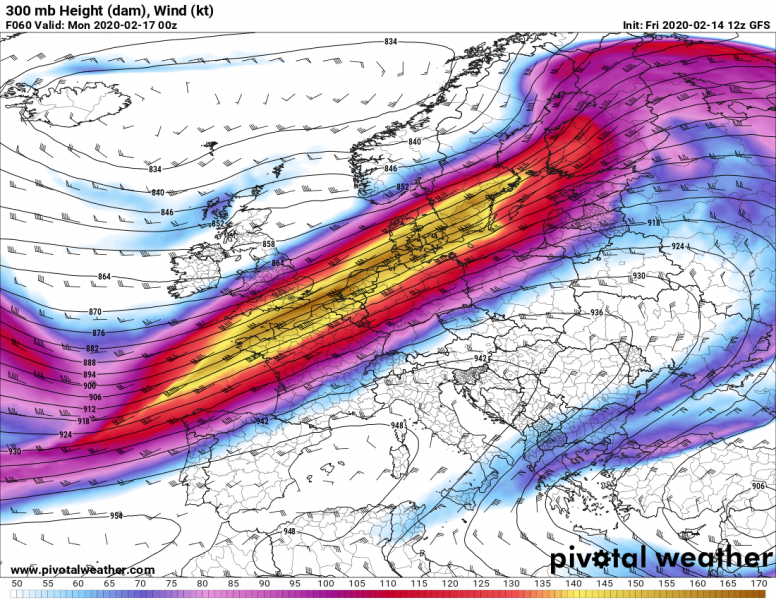 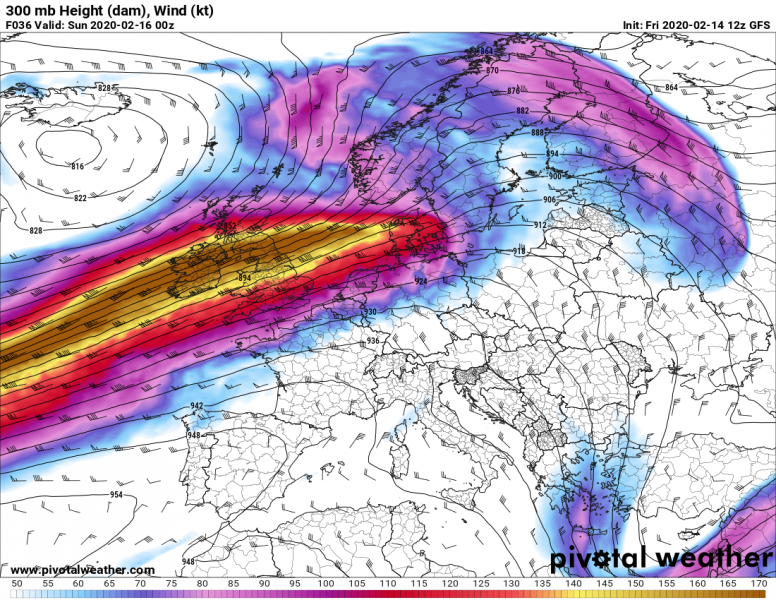 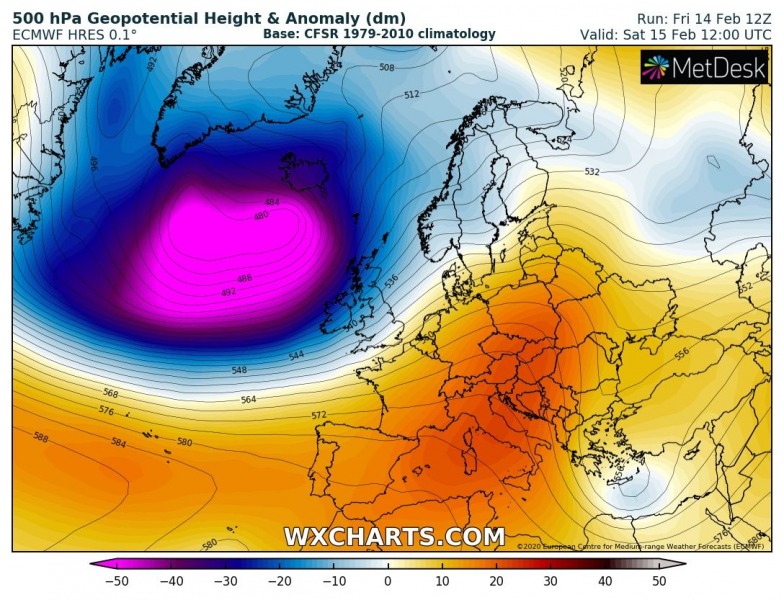 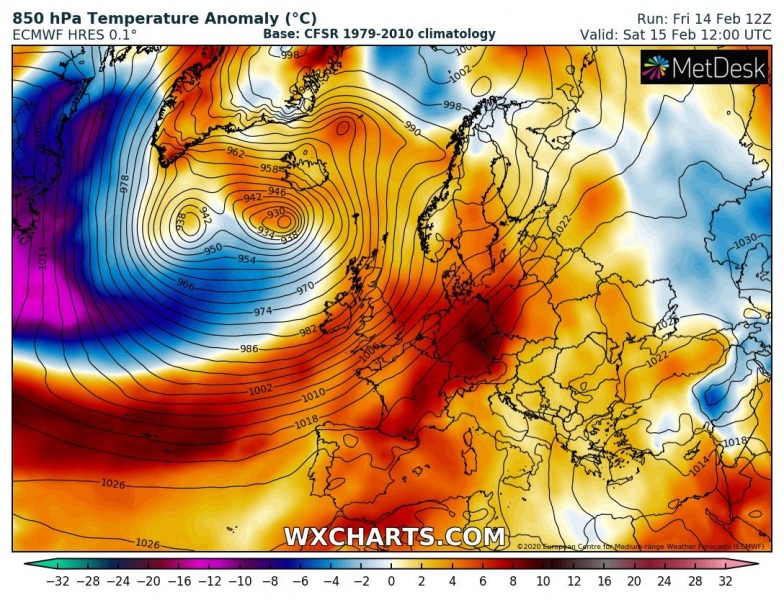 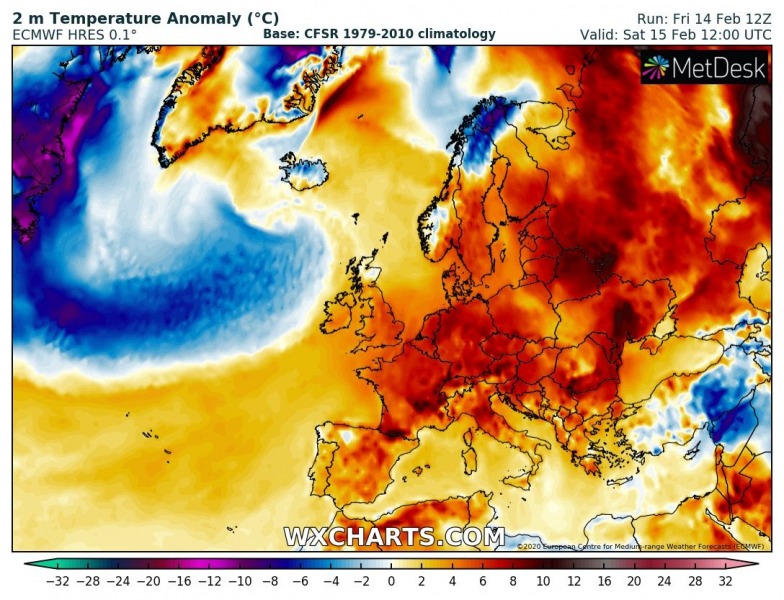 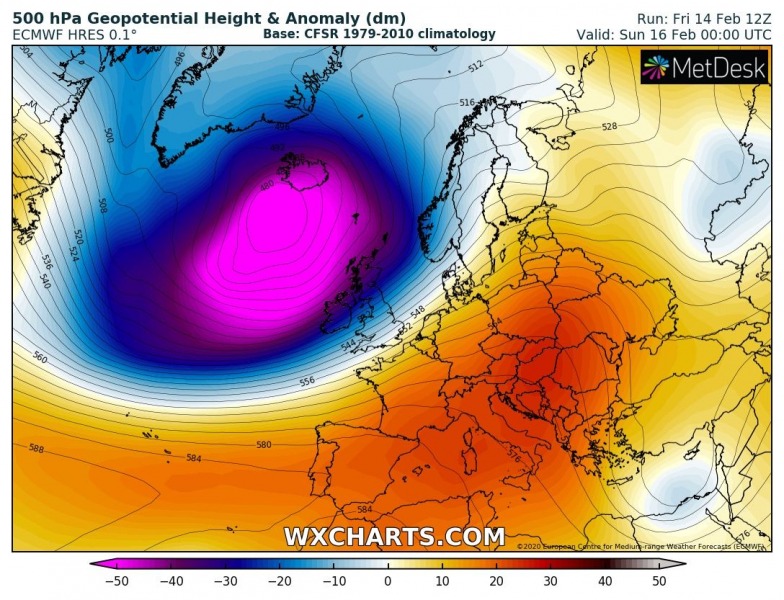 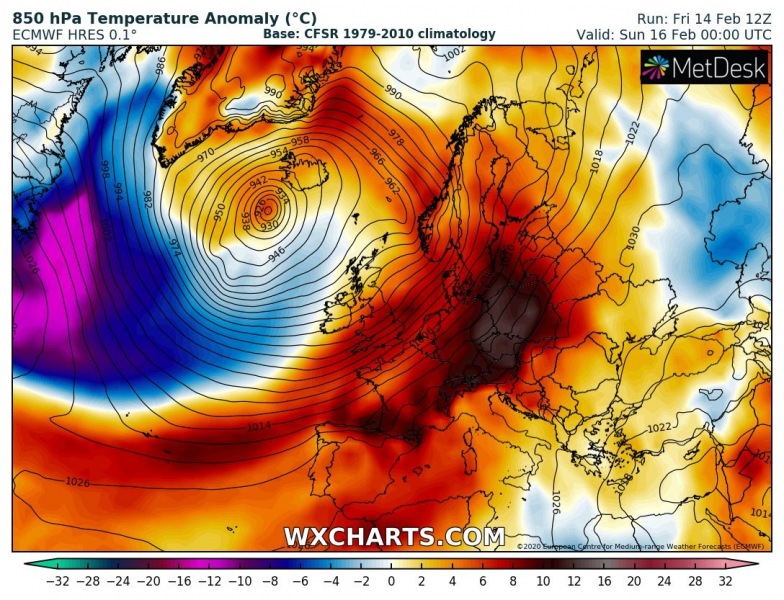 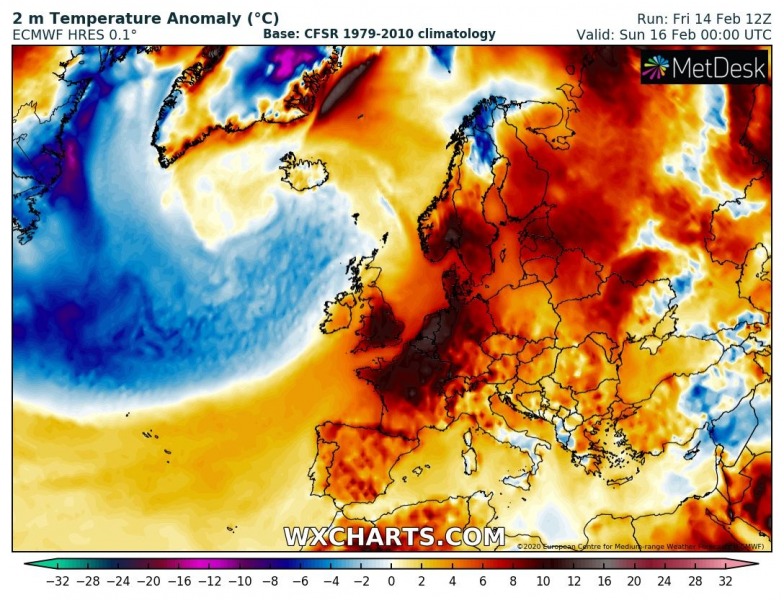 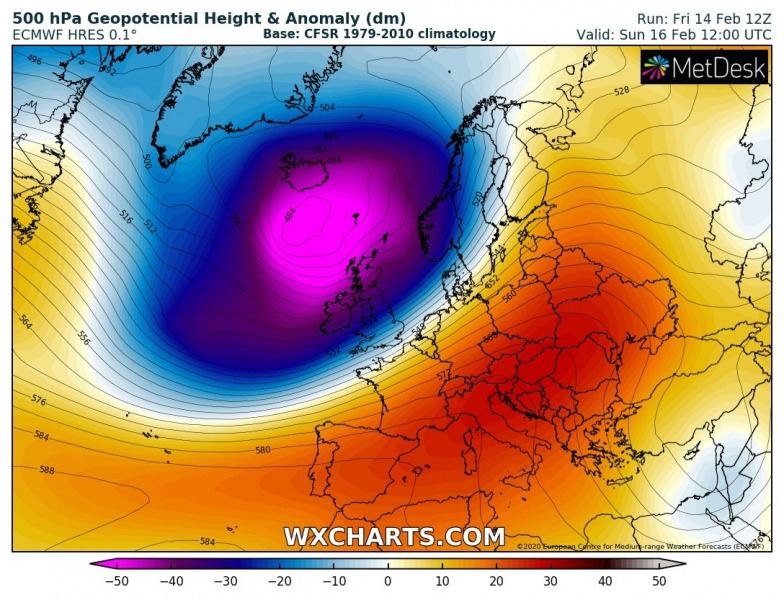 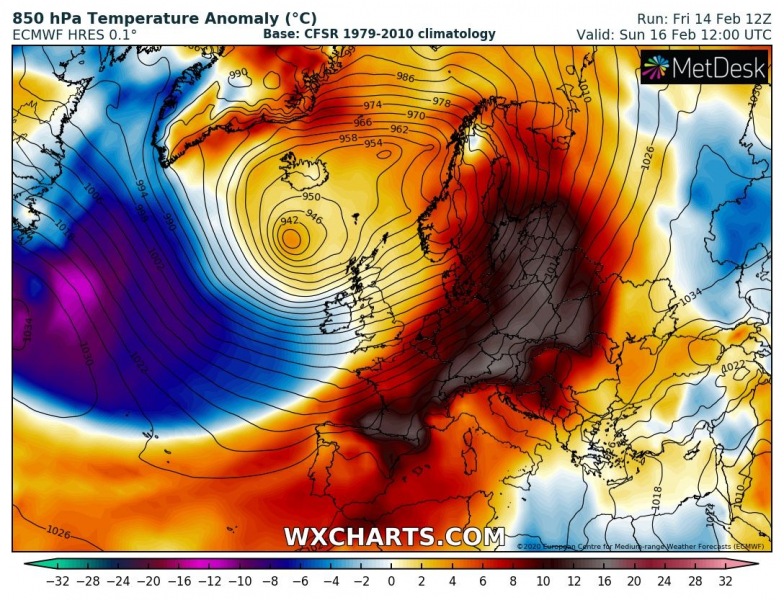 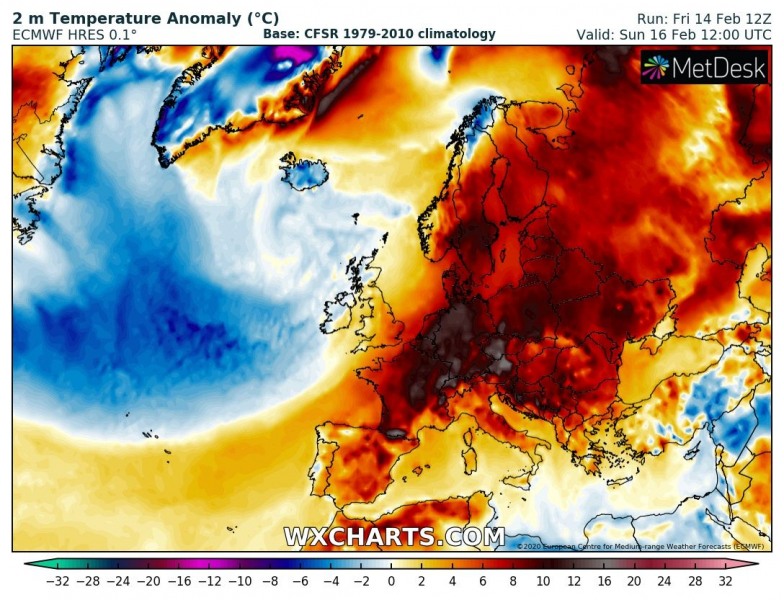 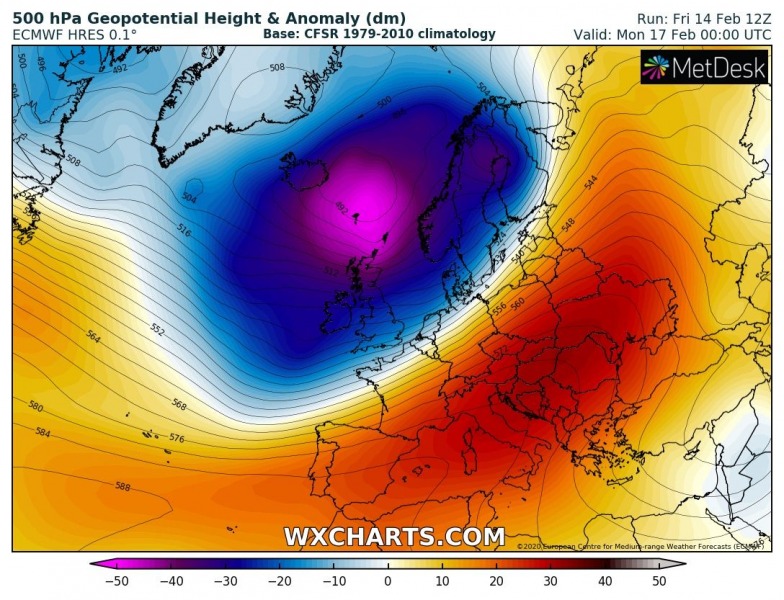 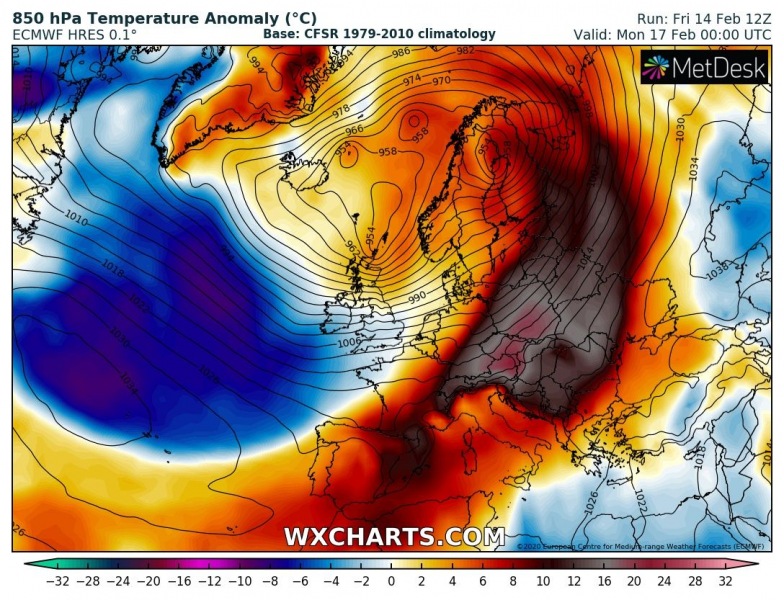 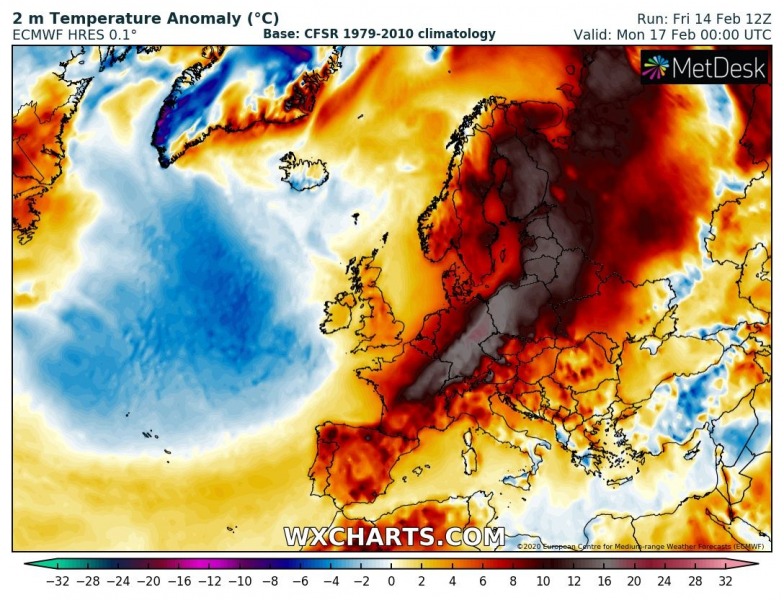 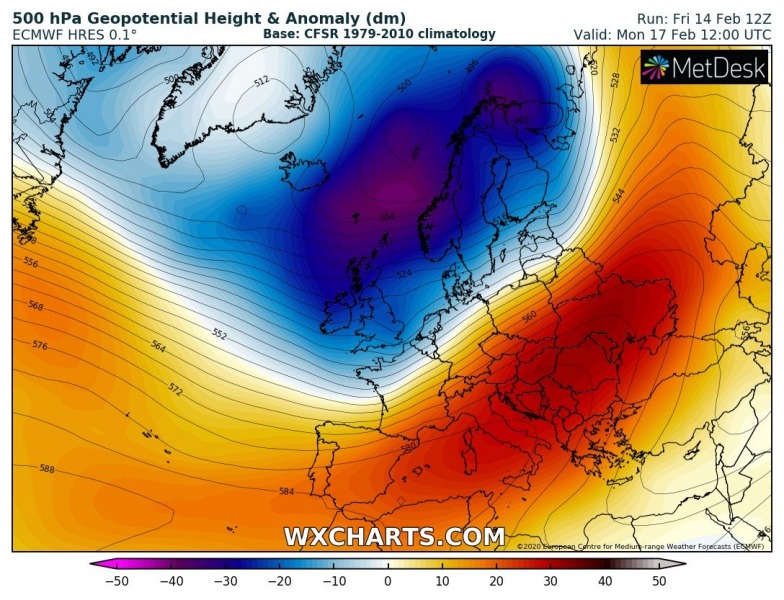 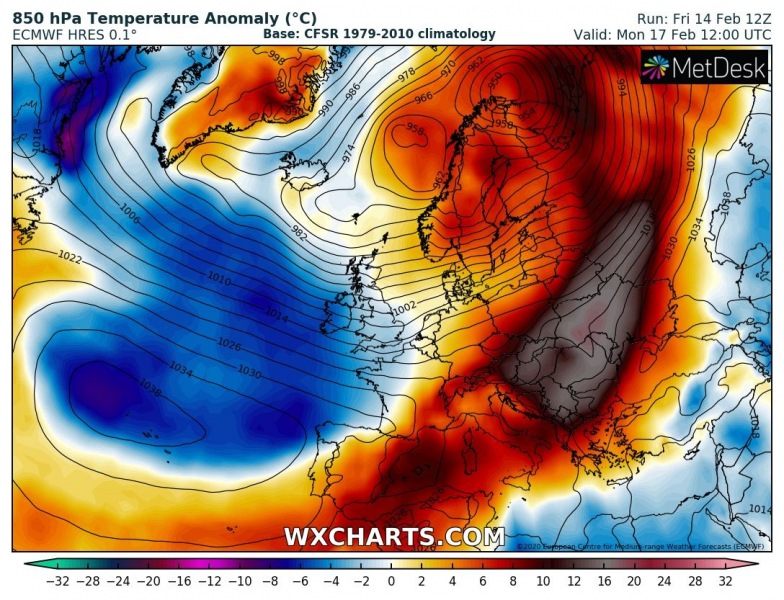 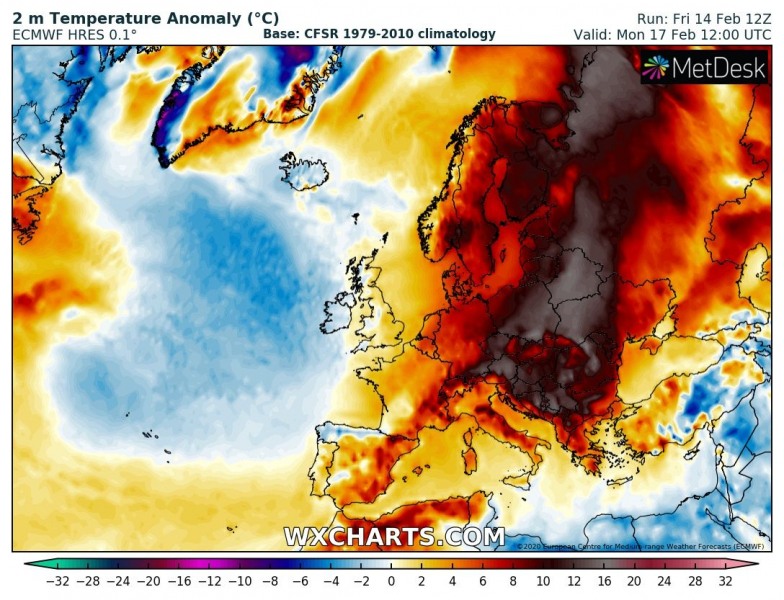 Close-up view across the Balkan peninsula on Sunday’s night – notice how extreme warmth develops over the northern parts and over the Alps! Even more than 16 °C (and more than 20 °C anomaly) at 850 mbar, that is at approx. 1500 m ASL. That’s pretty remarkable for this level and will lead to additional snow melting in higher elevations. Lowlands will often be trapped under the inversion layer, so temperatures will not be extremely high. 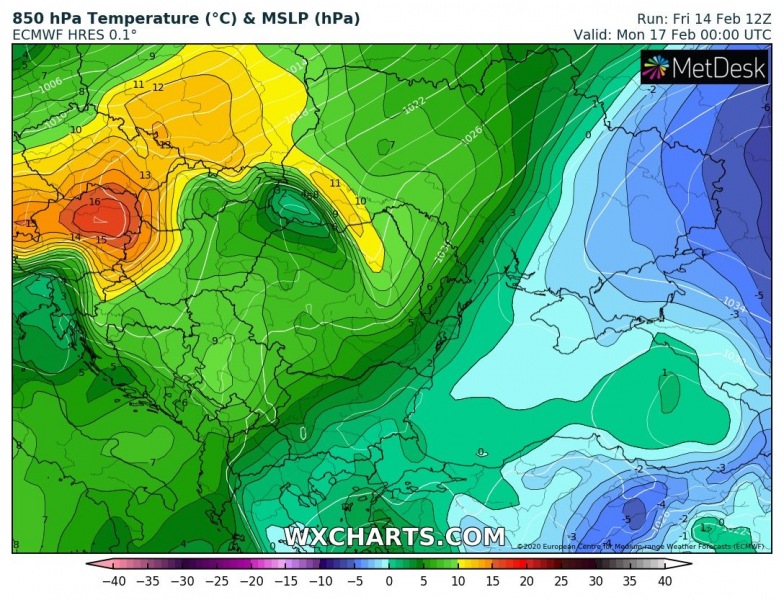 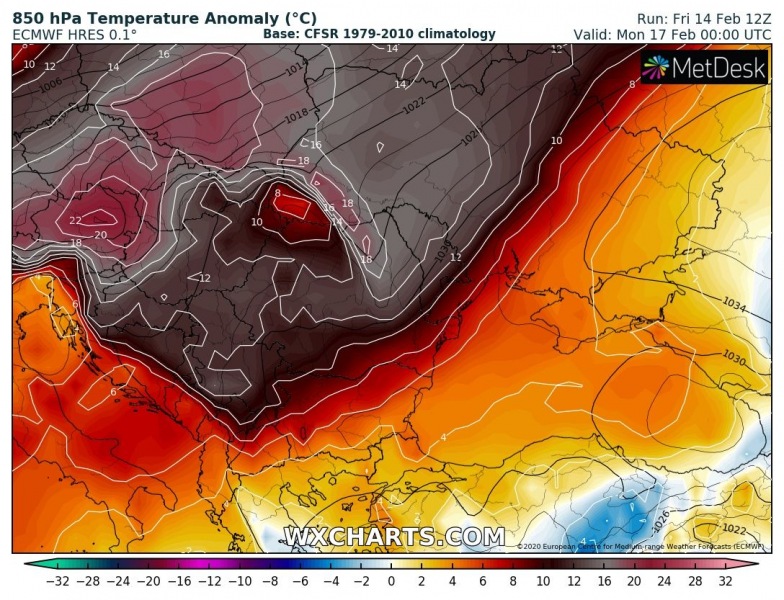 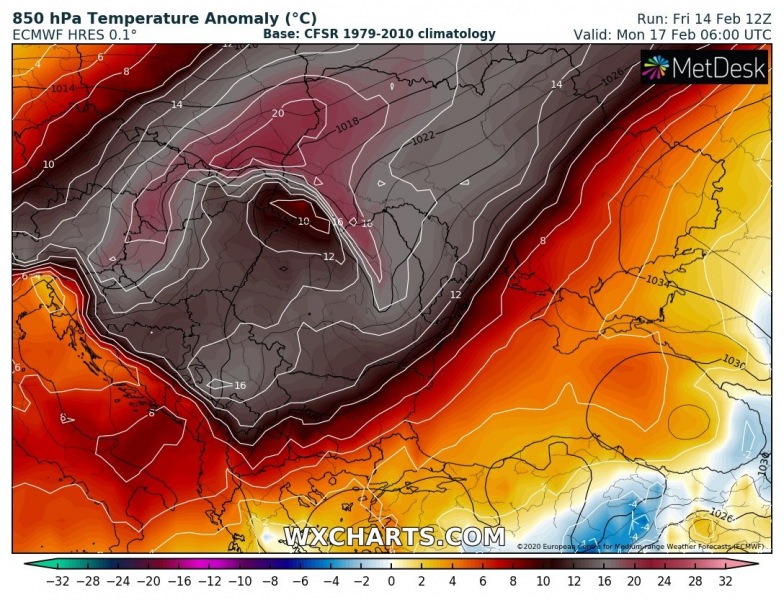 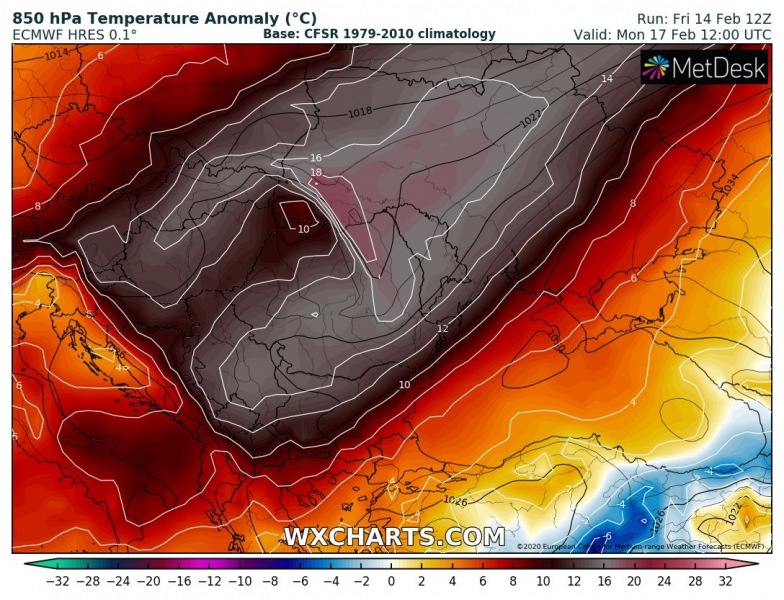 On Thursday, there was a “Day After Tomorrow” satellite look-alike presentation over the North Pacific and North Atlantic: