Some models are hinting at a possible development of a medicane in the Tyrrhenian sea this weekend. Ais large upper low rotating over the southern Mediterranean and producing an extreme amount of rainfall across eastern Sicily, Calabria and Puglia regions tonight. The threat is expected to persist into this weekend. ARPEGE model is indicating the development of a small, but deep secondary cyclone north of Sicily on Friday morning and intensifying through the day while moving north. The model suggests it could be a warm core system / medicane . 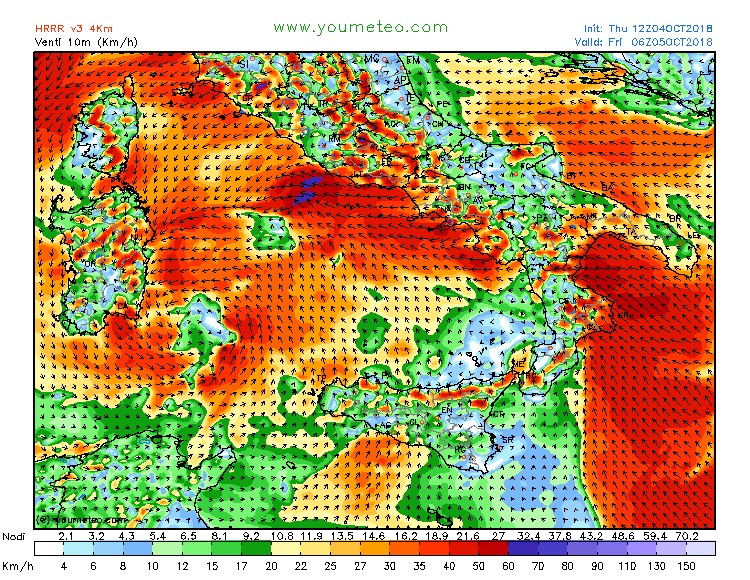 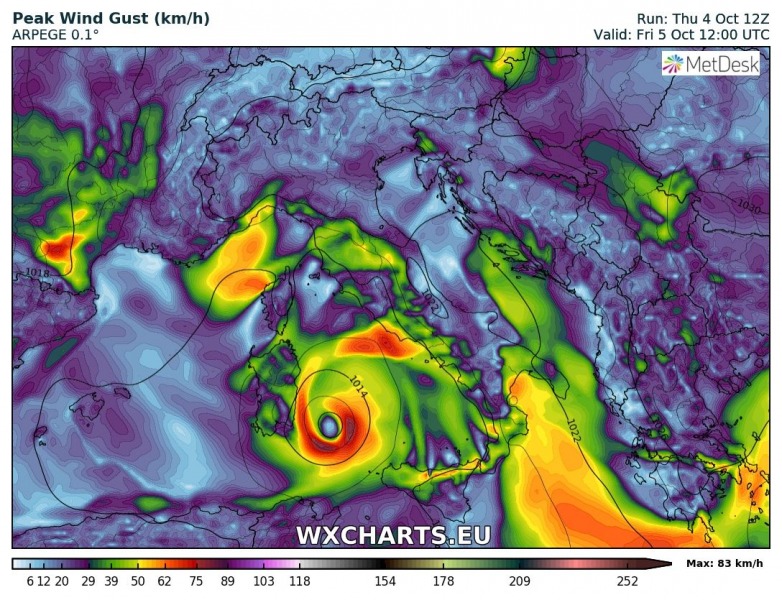 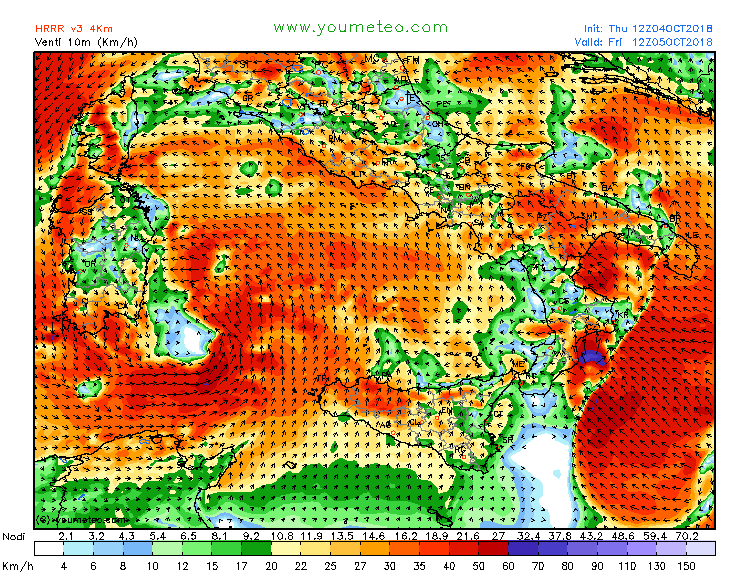 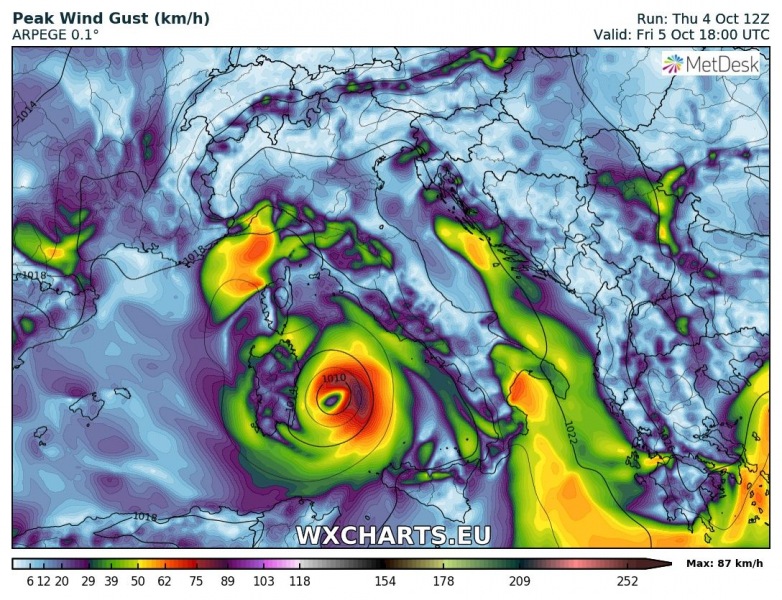 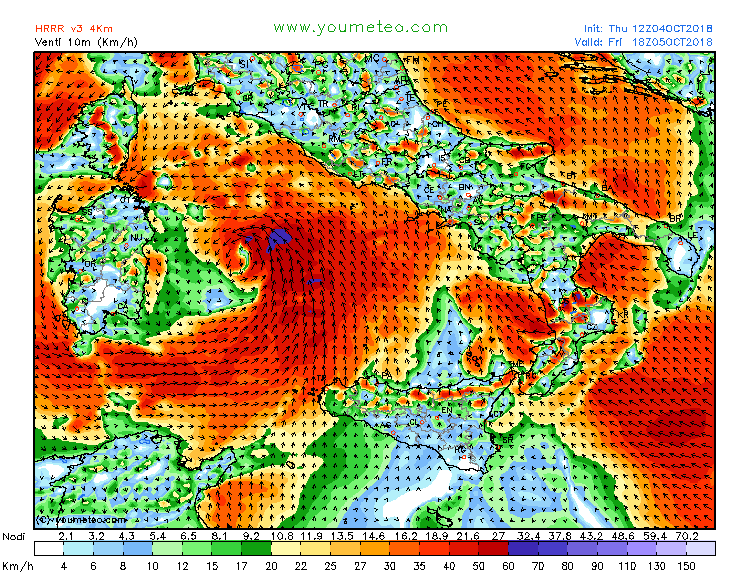 The model guidance then has the cyclone travel north from the Tyrrhenian sea towards the coast of Tuscany on Saturday. Attached are ARPEGE and HRRR model data. 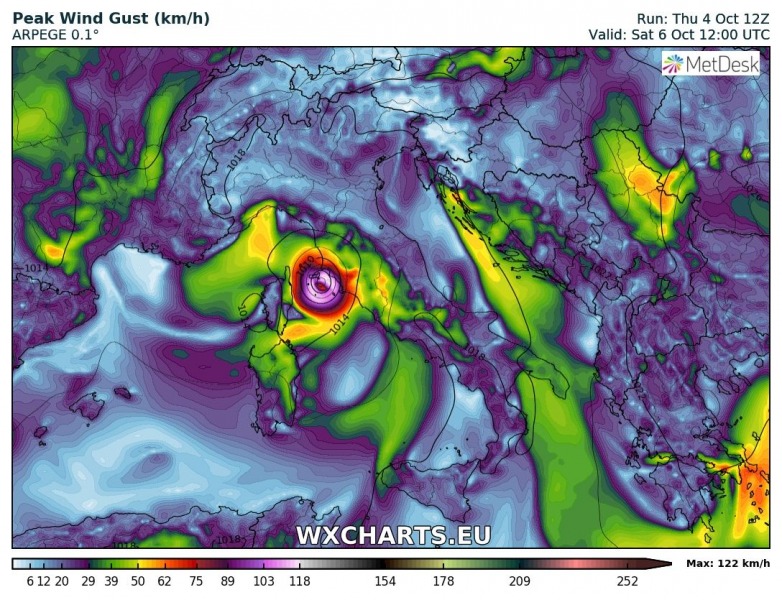 It is noteworthy that some models (e.g. ICON-EU or ECMWF) are not so aggressive with development of a warm core system on Friday, both models are actually trending towards a cyclone centered over Sardinia. This is not very different from other models, only in the position of the cyclone – it would not allow a medicane development as the centre of the low would remain over land and lack the warm inflow from the Tyrrehenian sea.

Overall rainfall amounts remain very impressive especially across eastern Sardinia, eastern Sicily as well as over Calabria and Puglia regions – locally more than 200 mm will be possible until Sunday morning, while already 150-200 mm of rainfall have been reported by some stations in Calabria region. This will result in extreme threat for destructive flash floods!

ARPEGE model forecast for 850 mb temperature: indicating a warm core cyclone over the Tyrrhenian sea tomorrow – this could indeed develop a medicane / tropical-like cyclone again in the region. 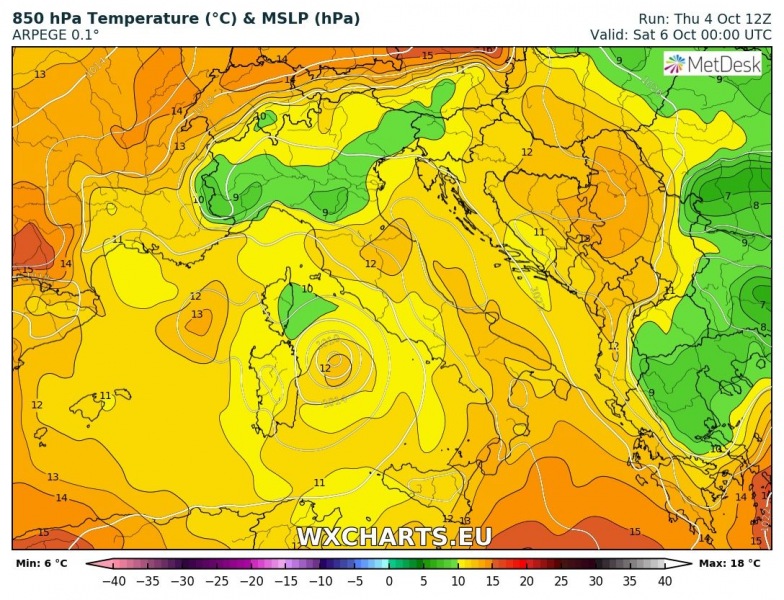 There have already been two medicanes this autumn – a very warm southern Mediterranean sea does support their development. The first did not develop fully, but still produced some devastating flooding in Tunisia. The second one developed into an impressive system with tropical characteristics and it produced major damage across parts of Greece and Turkey. As with the previous two systems, the biggest threats are not the winds – which while strong are rarely extremely severe – but the torrential rainfall and consequent floods.