The pattern during the second half of this week becomes a rex block across much of Europe. This means a high pressure system in the north with upper low to its south (an anticyclone over east-central Europe and an upper low over the Mediterranean). To the north of this ridge, a deep trough will be pushed from the northern Atlantic into northern Europe and strong zonal flow will establish in between. 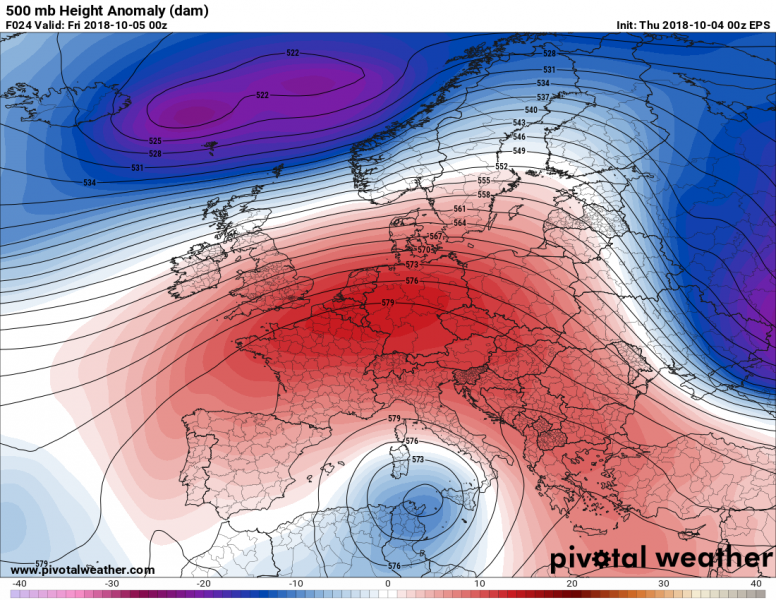 Various models (GFS, ARPEGE, ICON-EU) guidance for total rainfall until Sunday morning suggest 150-200 mm could result from the persisting orographic precipitation and flow into the complex mountainous terrain. It could locally produce some flooding, even though this area is used to higher amounts of rainfall in the autumn. 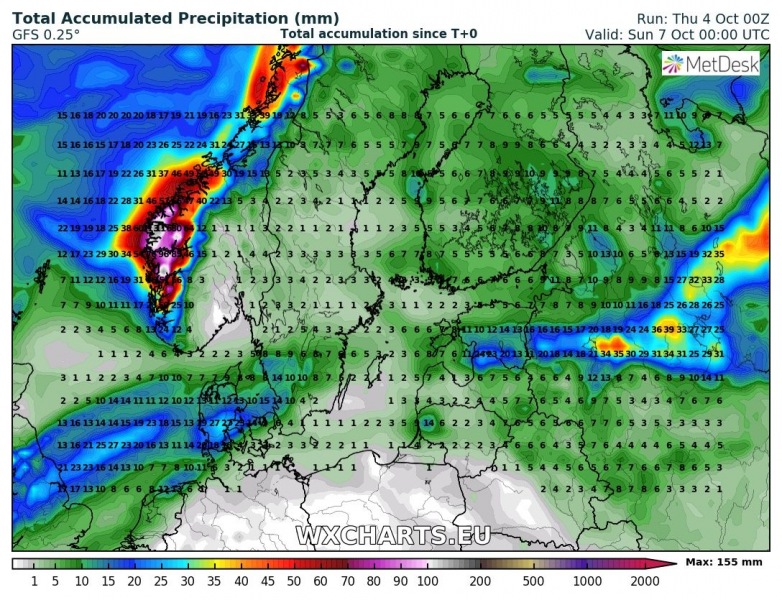 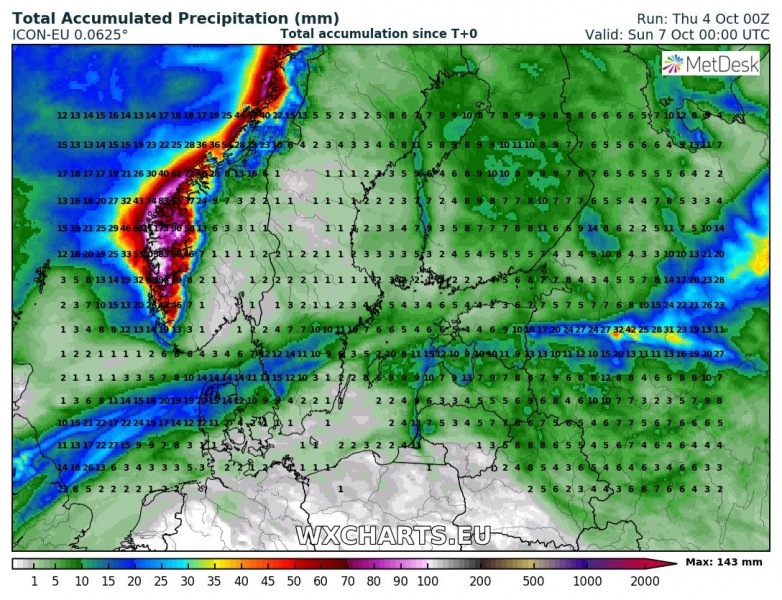 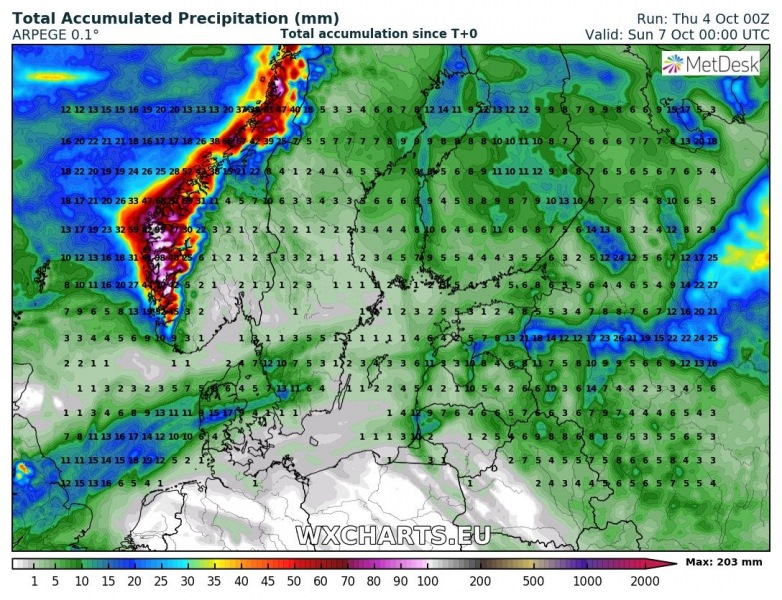 Excessive snowfall is also expected at higher elevations. It could locally result in 50-100 cm of fresh snow through the next 3 days! 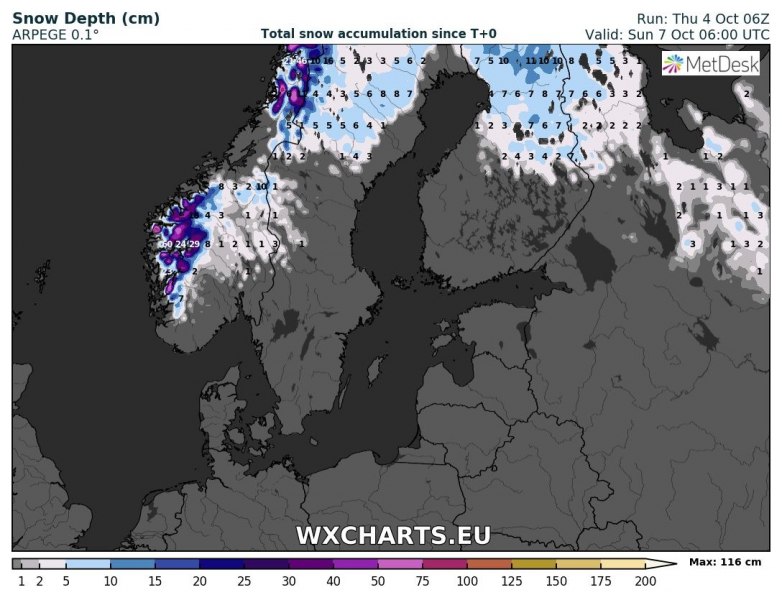