As expected, the Medicane is making an intense landfall in SW Peloponnese right now, its centre is just west of the Kalamata city. A very impressive satellite presentation reveals an intense ongoing inner core deep convection. The cyclone does show tropical characteristics – a warm core, intense convection around the centre and cirrus outflow in the upper levels! Just an incredible evolution of this cyclone! Its future track is mostly on track with previous thinking – medicane will travel ENE until late evening today and cross just south of Athens and north of Cyclades islands before it enters the western Aegean sea and turns NE towards extreme NW Turkey. Threats for severe damaging winds, high waves and torrential rainfall with intense flash floods remain in place. 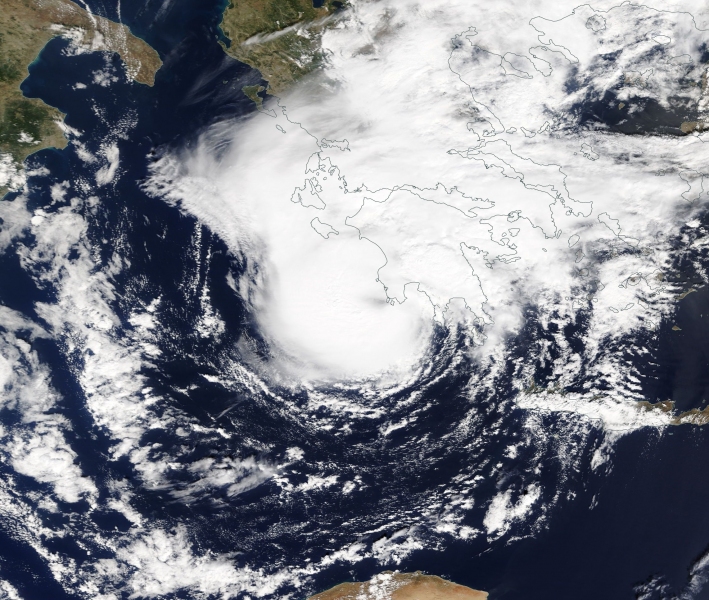 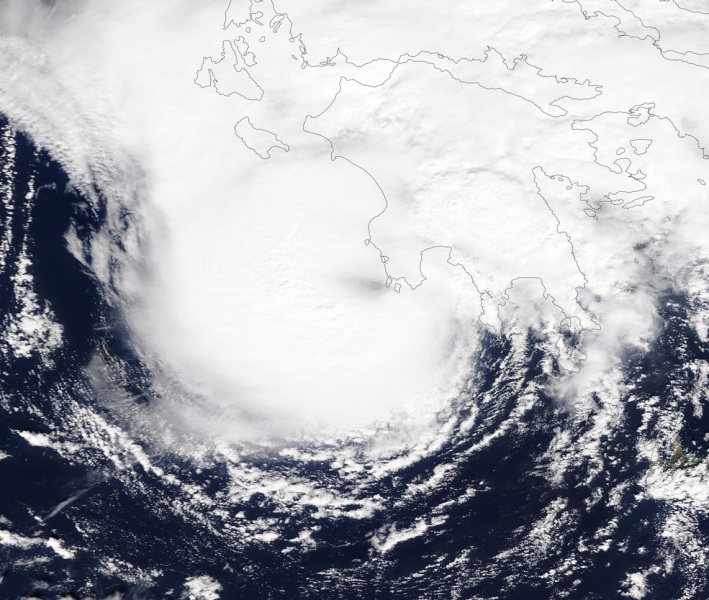 The future track remains almost the same as based on the evening updates yesterday, please refer to our detailed forecast there and a special outlook – a HIGH risk has been issued for the region due to expected high threat for dangerous flash floods!

Instability ahead of the low across the Aegean sea suggests the deep convection will be maintained through the day. Isolated severe thunderstorms, including supercells could develop. The strongly enhanced wind field with curved low-level hodographs could support tornadic storms! 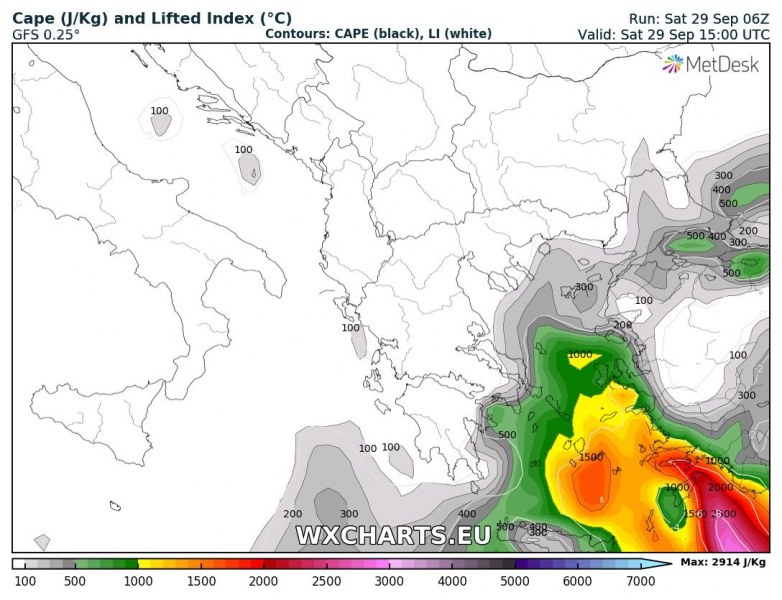 We will continue monitoring this system throughout the day and tomorrow – stay tuned!