We didn’t have to wait long after a powerful cyclone #Dennis, there is a new, potentially explosive development of an extra-tropical cyclone expected tonight. A strong wave has ejected Canada into Northwest Atlantic, with associated surface cyclogenesis. The system is expected to get through rapid intensification through the next 36 hours when it nears Iceland as a deep, 945 mbar cyclone. The system will develop a broad channel of severe winds, as well as significant wave heights and swell towards western and northwestern Europe.

NEW UPDATE: Dennis will be followed by another intense North Atlantic storm tomorrow – A bombogenesis phase is emerging, should deepen for another 40 mbar 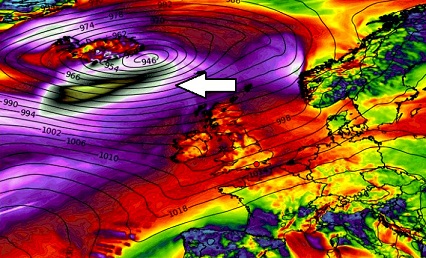 A new system has been steadily organizing since its former upper-wave ejected from southeast Canada yesterday, with an accelerating rate of intensification overnight. As of this morning, it has a central pressure of 1006 mbar, but it should soon enter the rapid intensification phase. 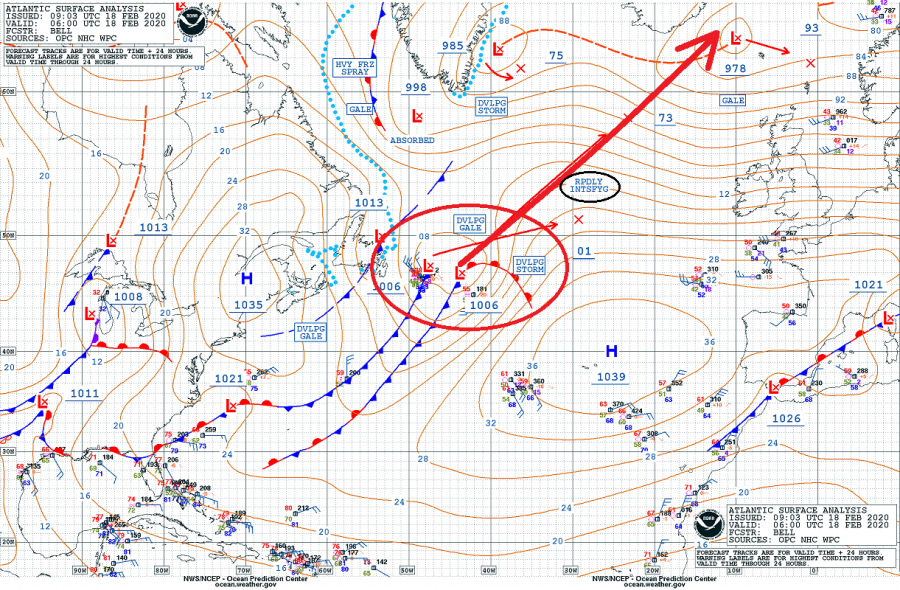 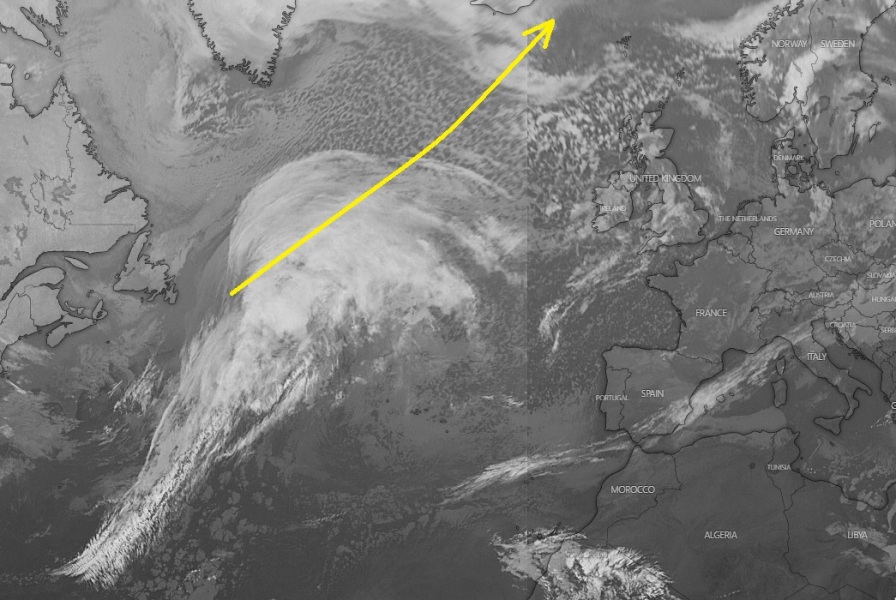 Simulated IR brightness temperature (satellite) indicates the system will be strongly organized while nearing Europe tomorrow and into Thursday: 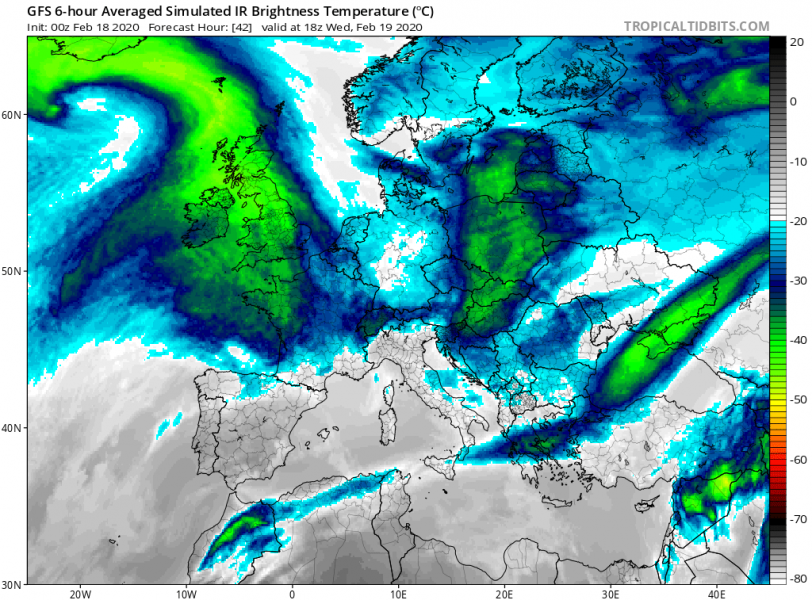 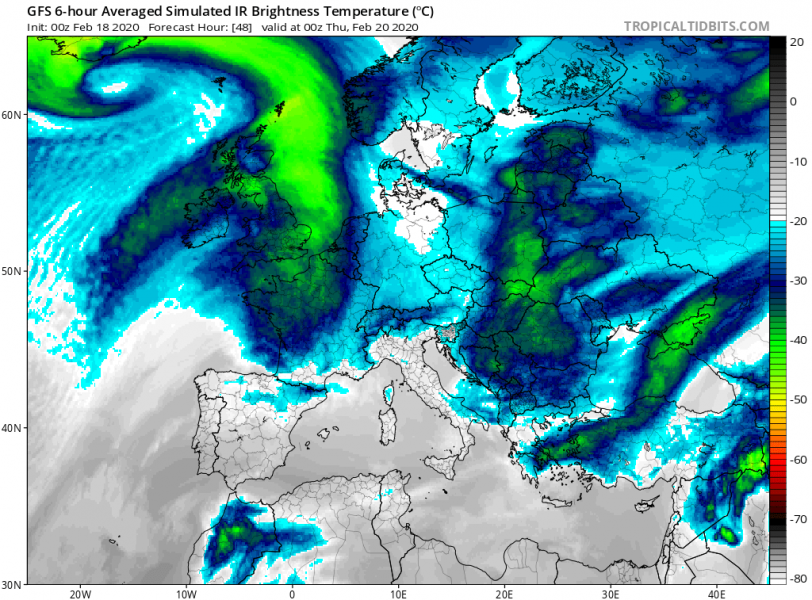 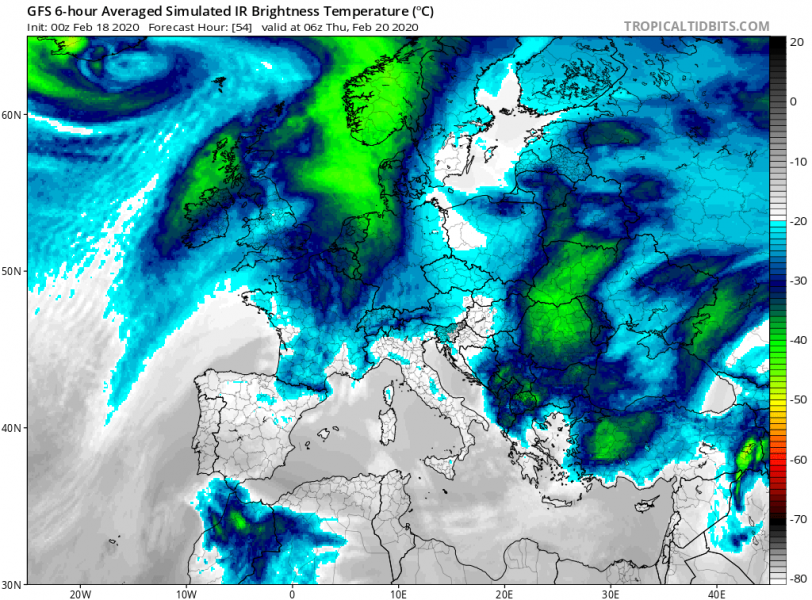 Attached is the 6-hour sequence of system development from tonight through tomorrow while it will undergo explosive development and significant deepening. This will generate severe winds south of the core, gradually spreading towards west-northwest Europe on Wednesday. 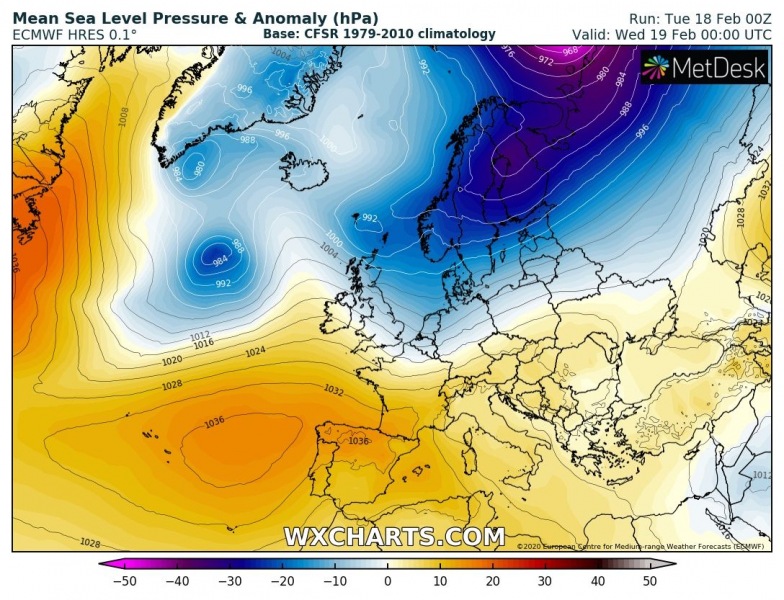 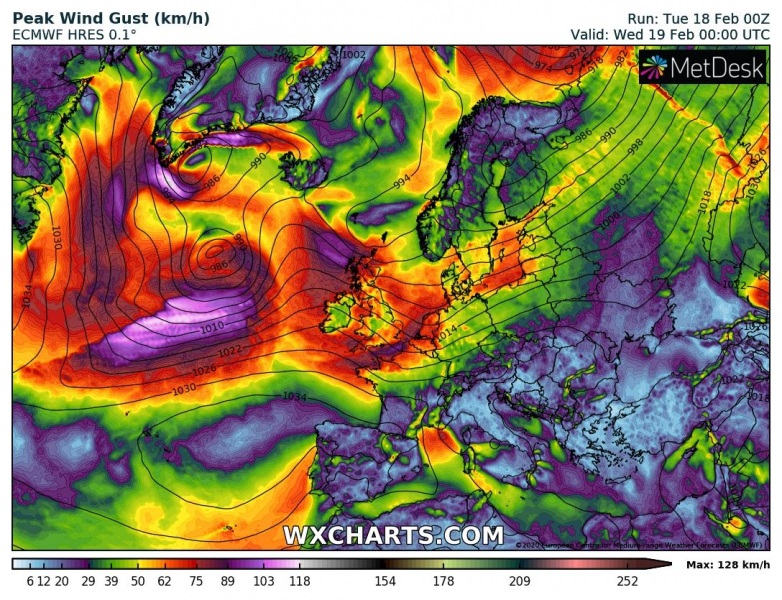 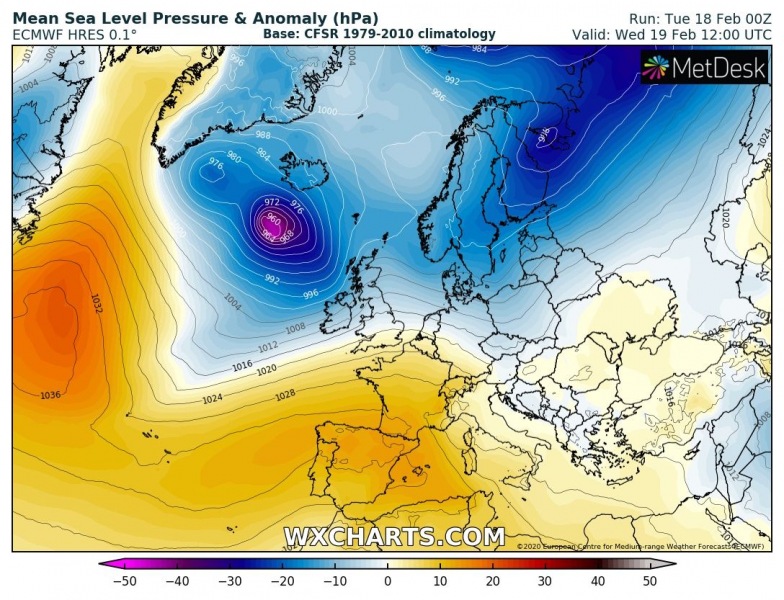 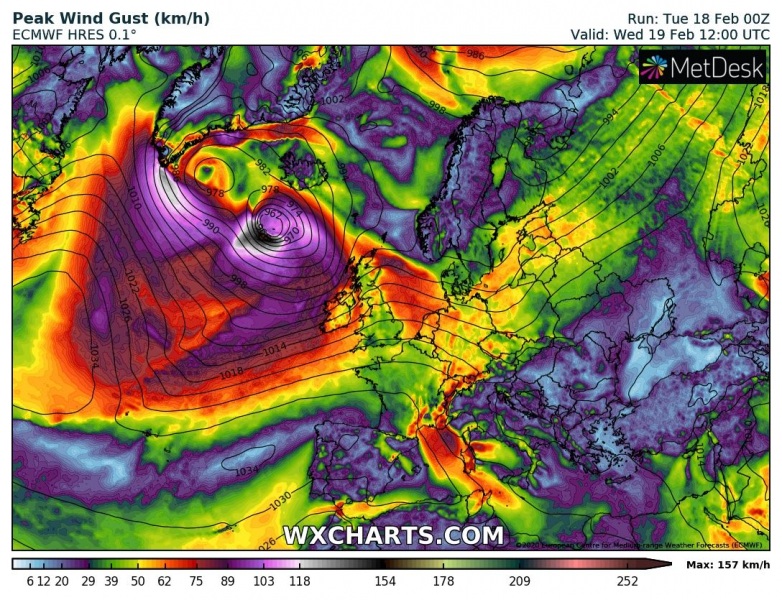 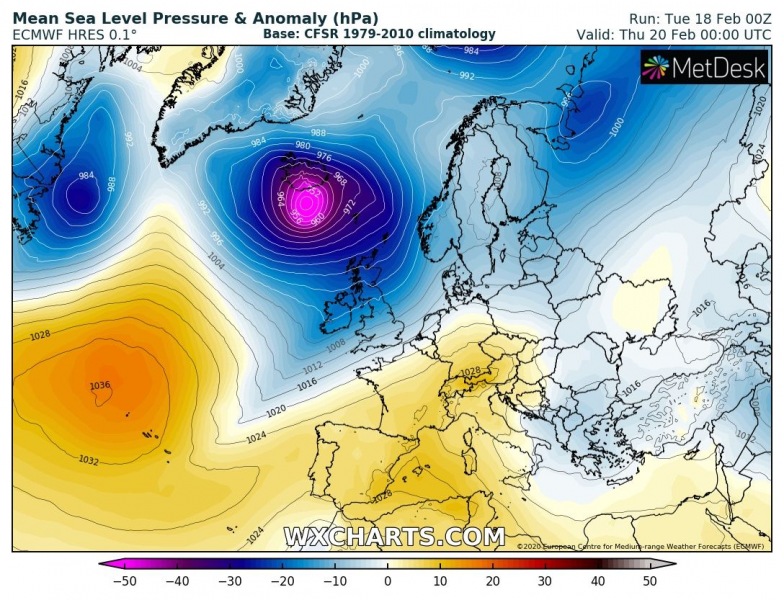 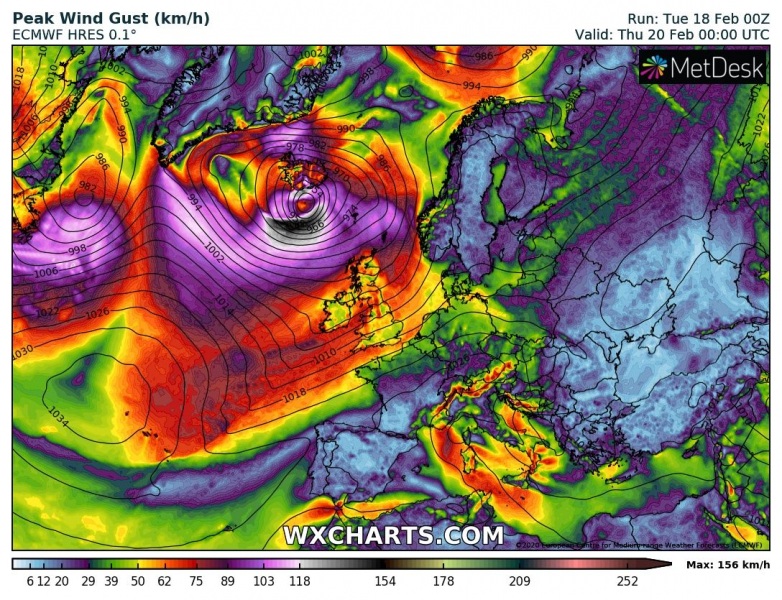 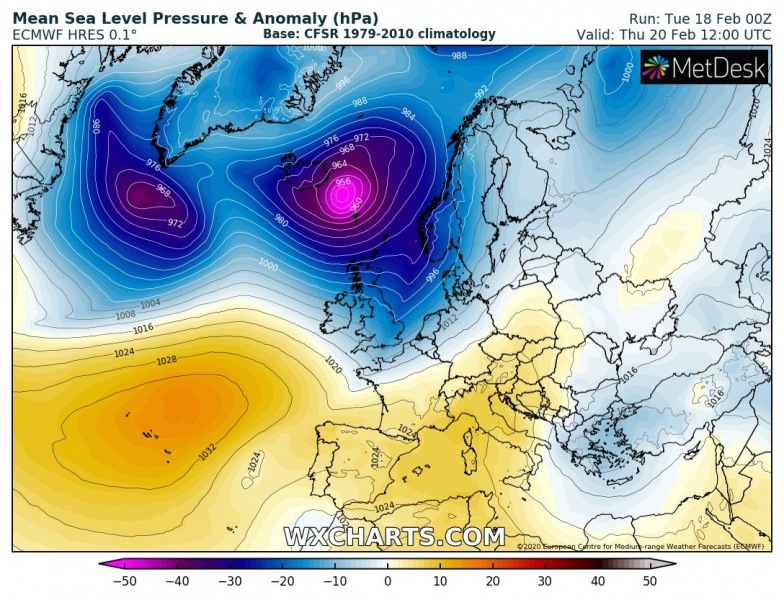 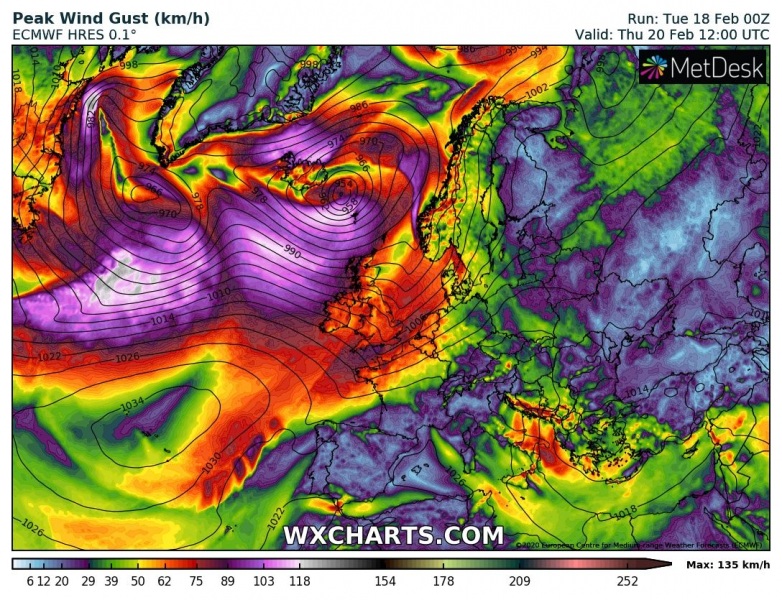 Again, a broad channel of severe to extremely severe wind gusts are expected to develop, the tight pressure gradient will establish between Iceland and Faroes. Peak gusts should easily exceed 150 km/h over open waters. 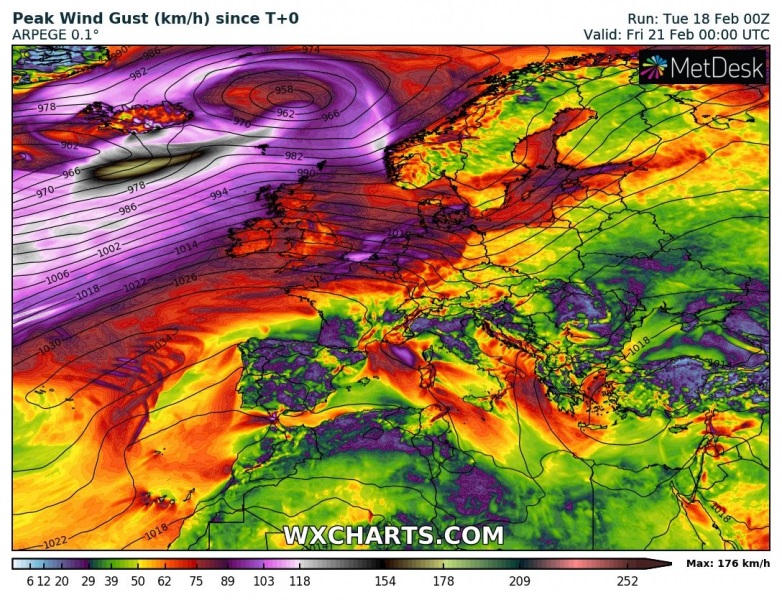 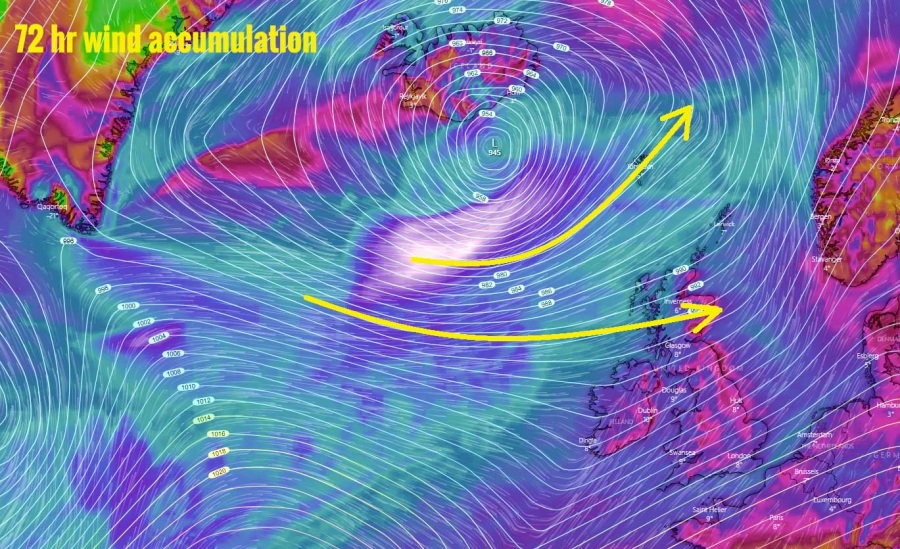 The system will also generate high waves and swell, gradually spreading towards Ireland, Faroe Islands, Ireland and Scotland through Wednesday night and Thursday: 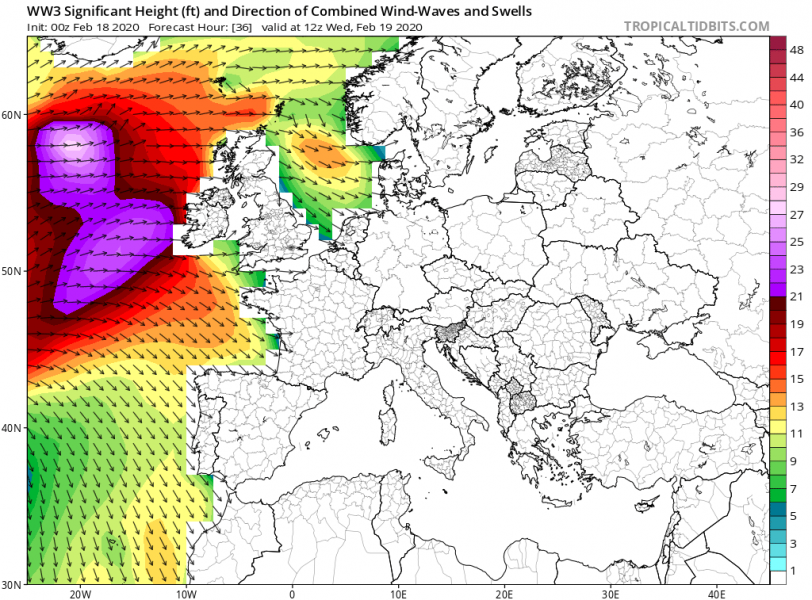 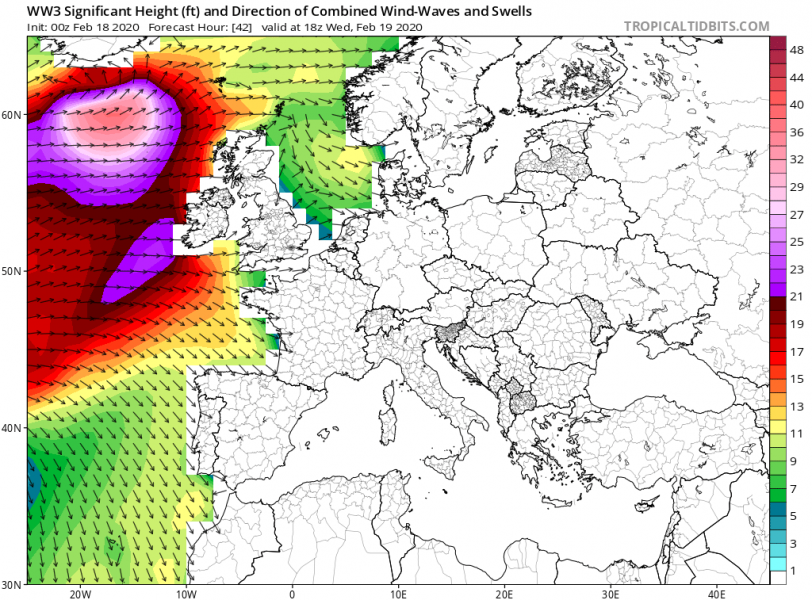 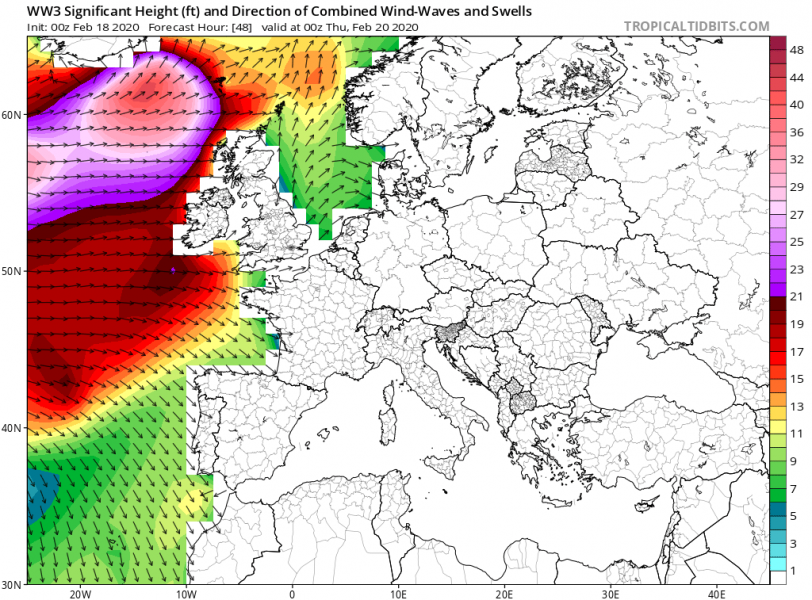 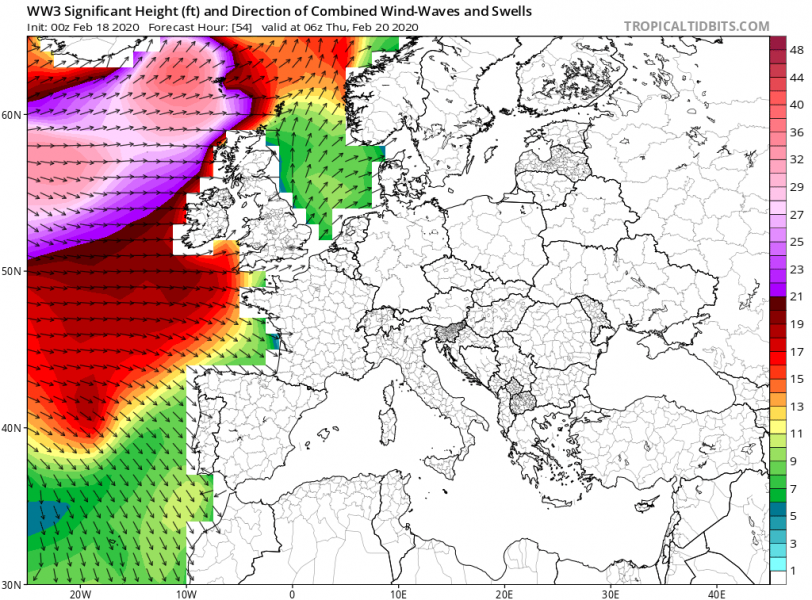 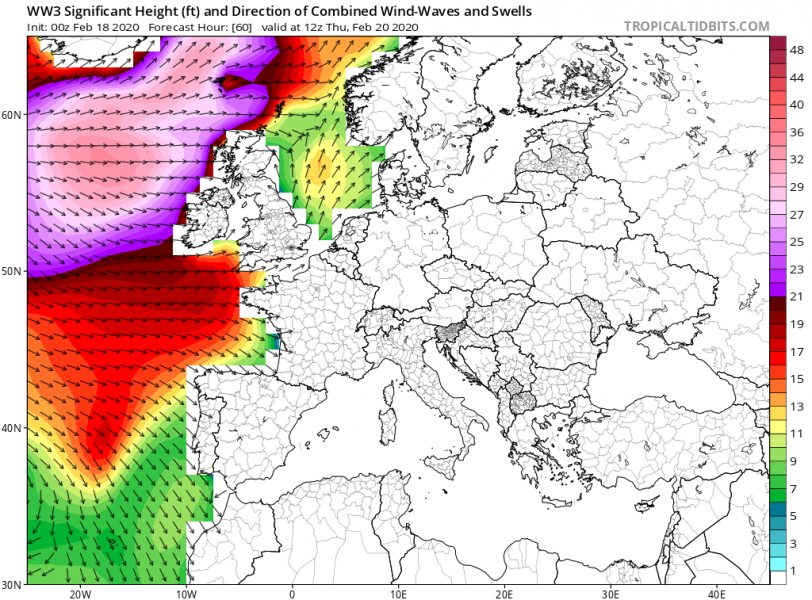