The existing pattern over Europe and North Atlantic will support additional very dynamic weather into WSW Europe. A strengthening large long-wave trough will push a wave towards western Europe, developing a surface cyclone over Ireland tonight. Dangerous severe winds are expected along the western parts of Ireland and Scotland until Thursday morning.

A very large upper trough / cold core from the North Atlantic expands further east towards WSW Europe with a short-wave moving from south to north across Ireland. This will develop a surface cyclone along the western Ireland coast. 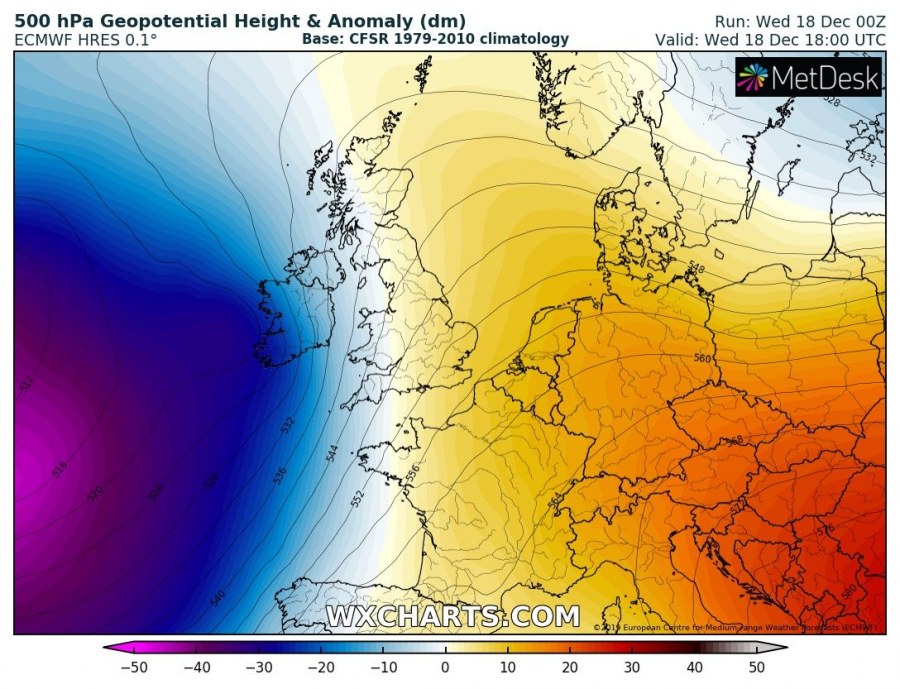 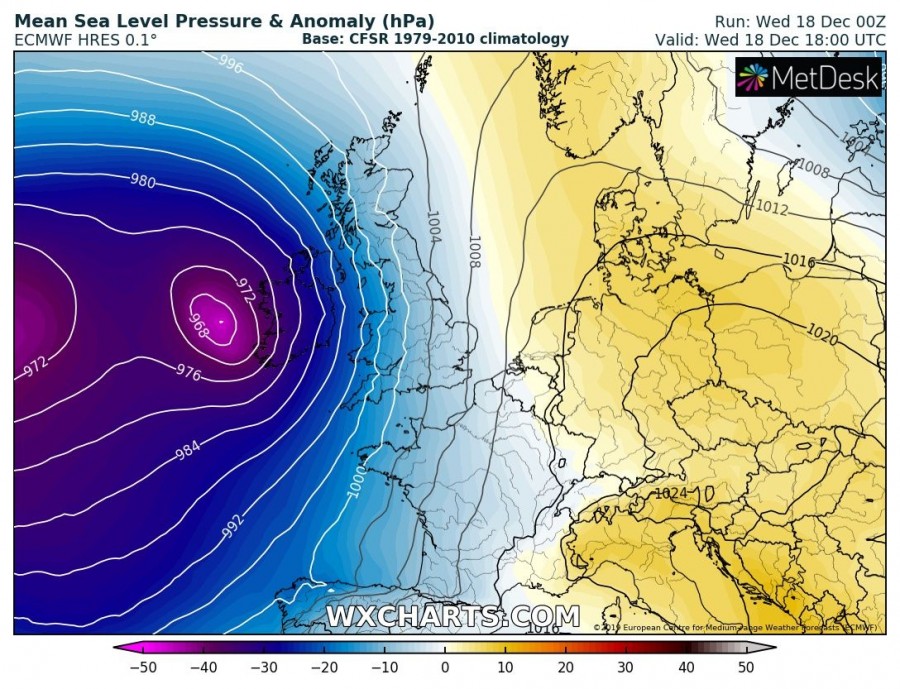 Cyclone develops over the Bay of Biscay this afternoon and begins strengthening tonight with deepening central pressure into mid 960s mbar by tomorrow morning, Thursday, Dec 19th. Intense winds are likely to develop along cyclone’s southern parts, affecting WSW Ireland this evening and further north overnight. High waves are also likely to result from these winds. 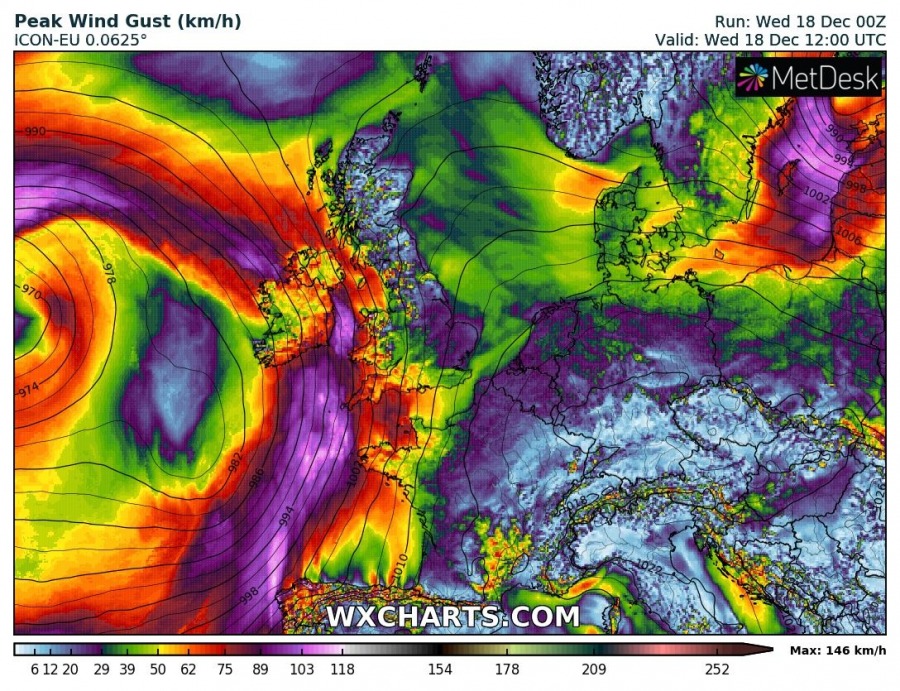 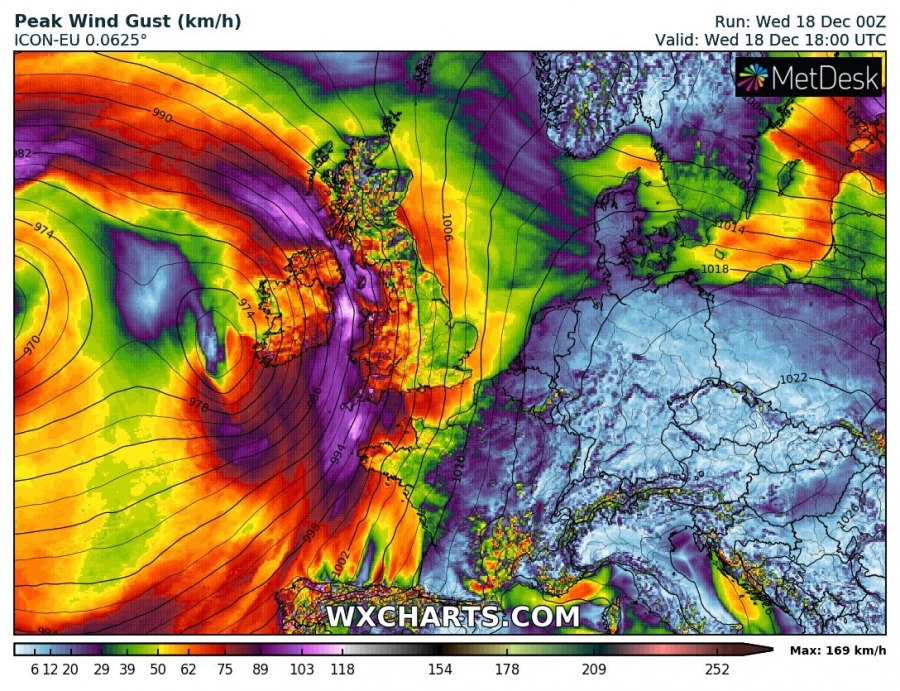 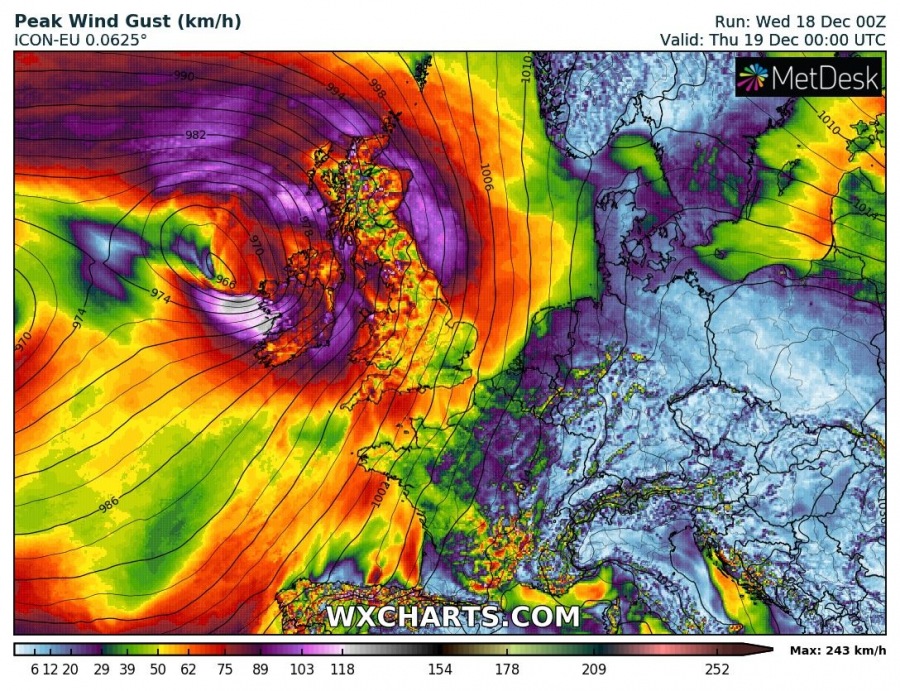 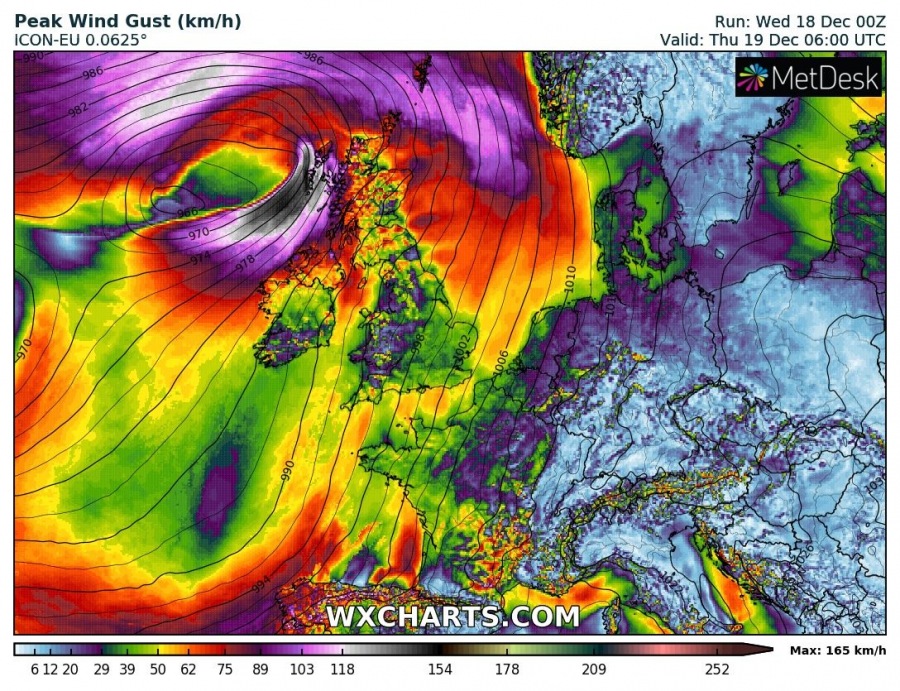 Wind gusts swath map along the cyclone’s track indicates winds will be severe, likely reaching 90-120 km/h or even higher in some areas. The highest gusts are expected across the western, northwestern Ireland and western Scotland overnight. A broad area of severe winds is expected across from the Bay of Biscay across SW England, Wales, Scotland and Northern Ireland. 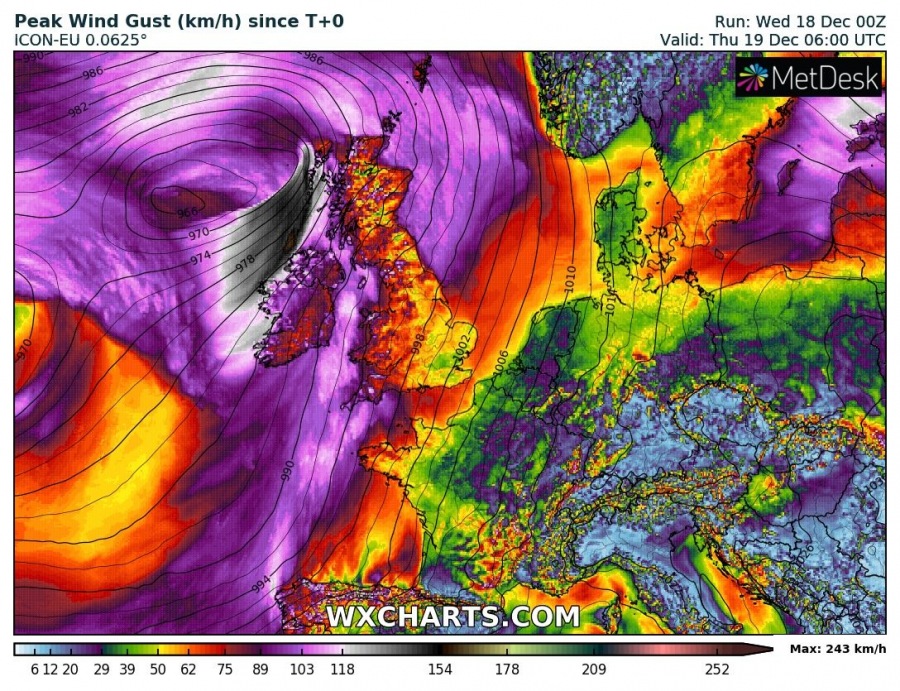 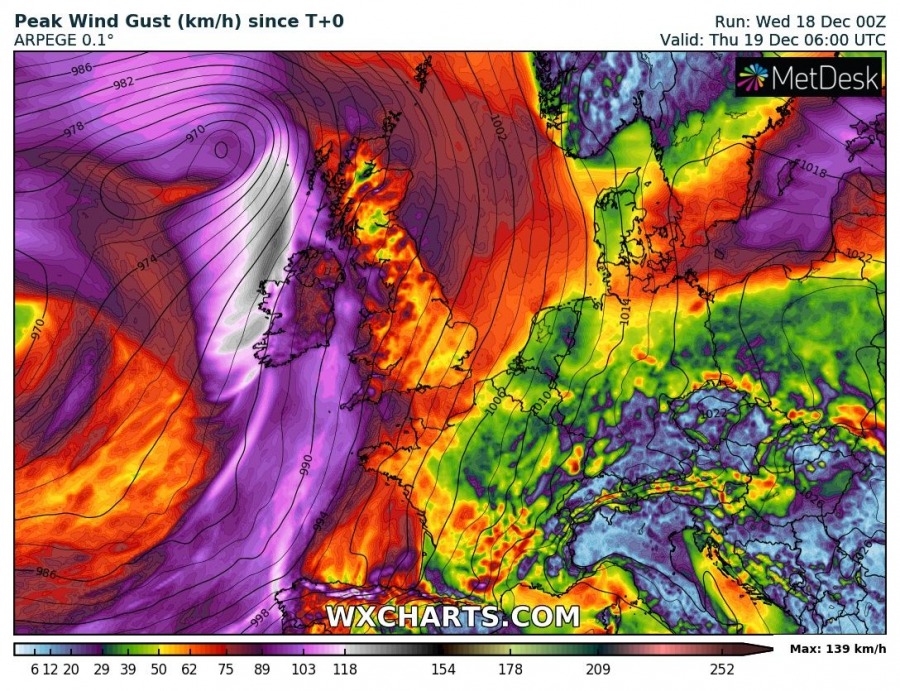 Stay alert for developing dangerous conditions this evening and tonight.