While eastern half of Europe is trapped under an extensive upper ridge, a rapidly eastward moving short-wave trough moves across southern Scandinavia and delivers heavy rainfall into the region, but also severe winds across the Baltic Sea, gulf of Finland towards Estonia and Latvia. Heavy snow blizzard develops to the north of warm front across southern Finland!

An extensive upper-level ridge is located across ESE Europe with a very deep / cold core over the North Atlantic. To the north of the ridge, strong westerlies rapidly translate a short-wave and an associated surface cyclone across the southern Scandinavia towards east. 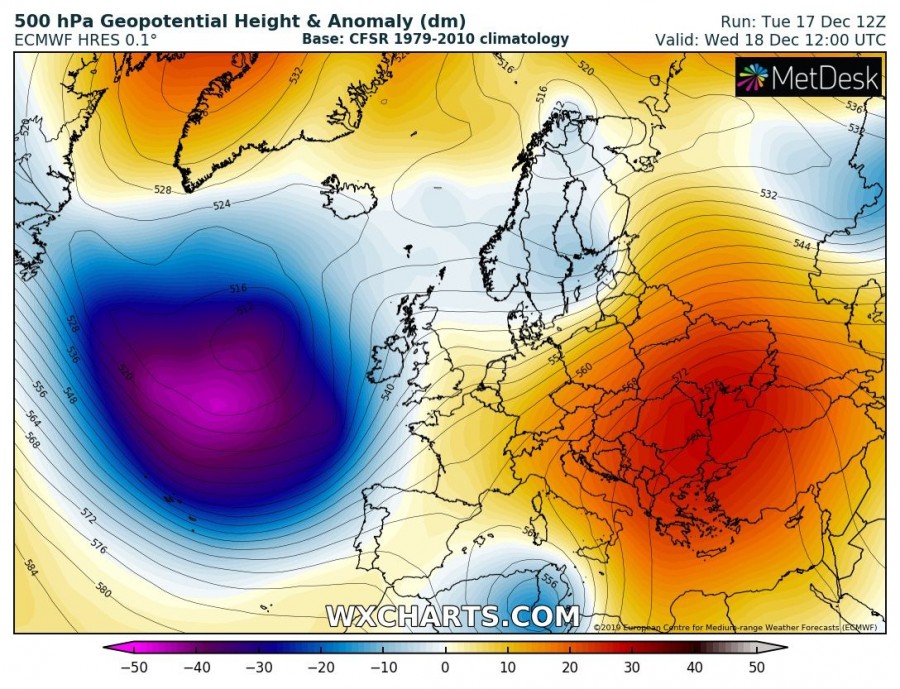 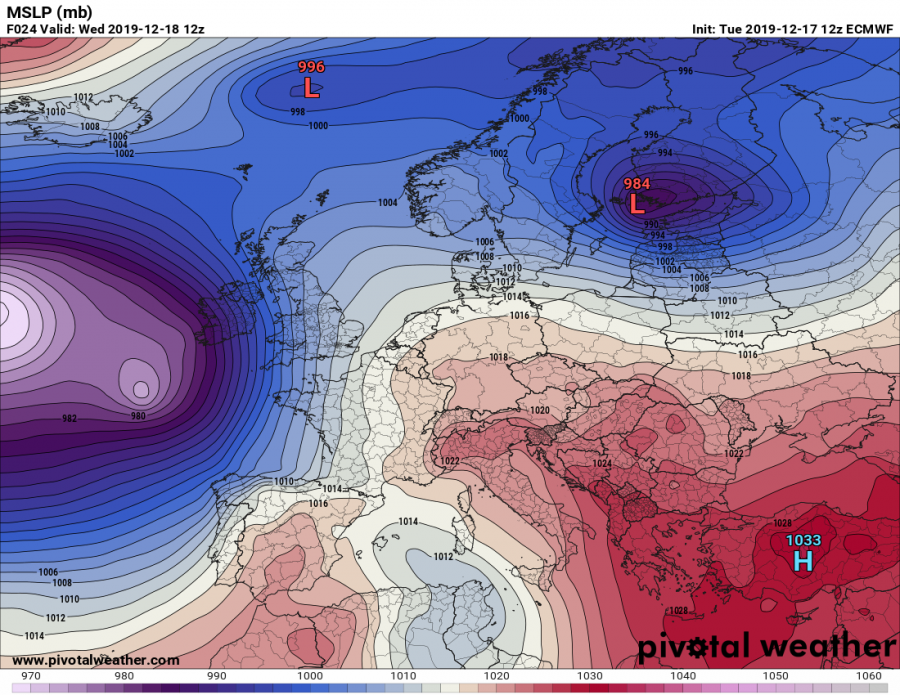 Cyclonegenesis starts on early Wednesday over southern Finland when the system begins deepening while travelling towards southern Finland. During the day, central pressure drops for around 10 mbar and results in severe wind field with a strengthening pressure gradient around its core. Cyclone ejects into NW Russia overnight to Thursday. 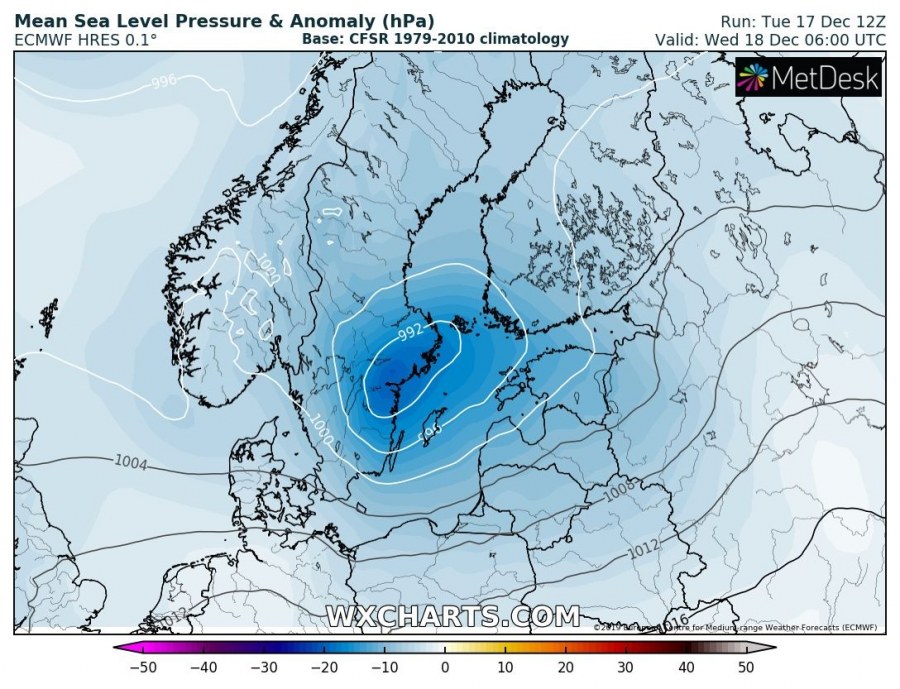 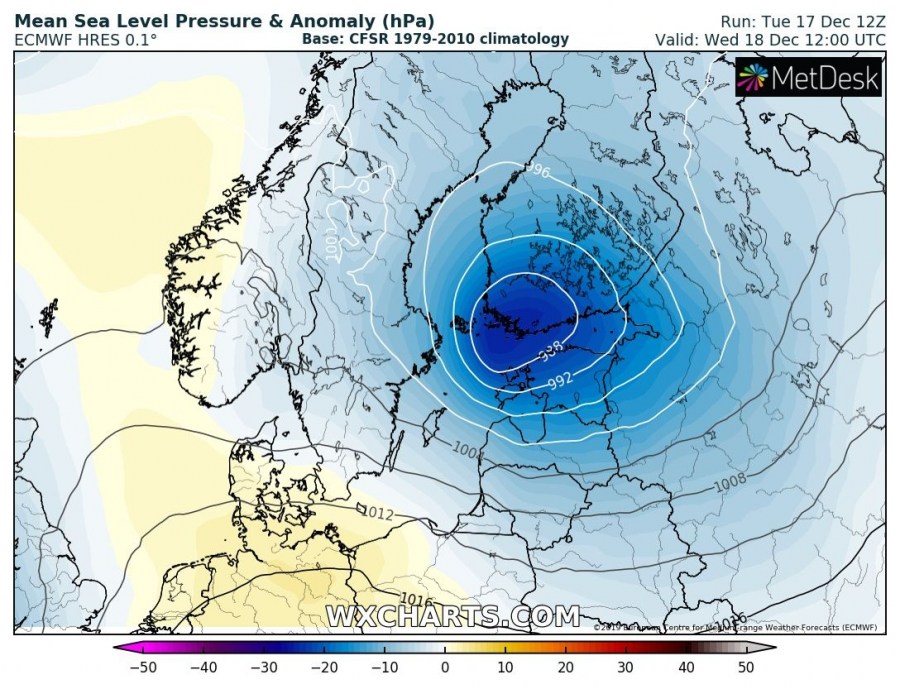 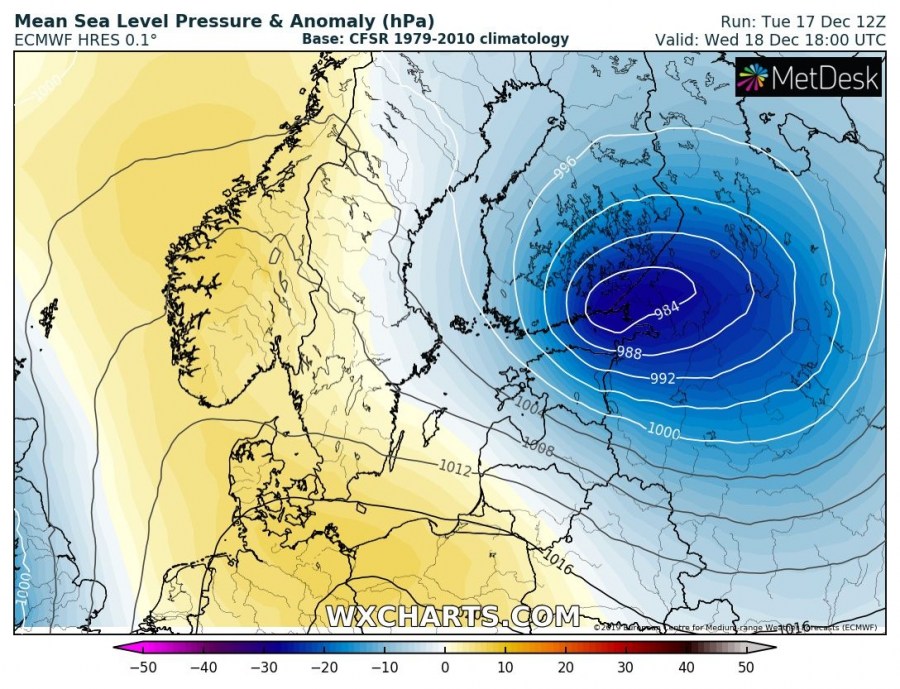 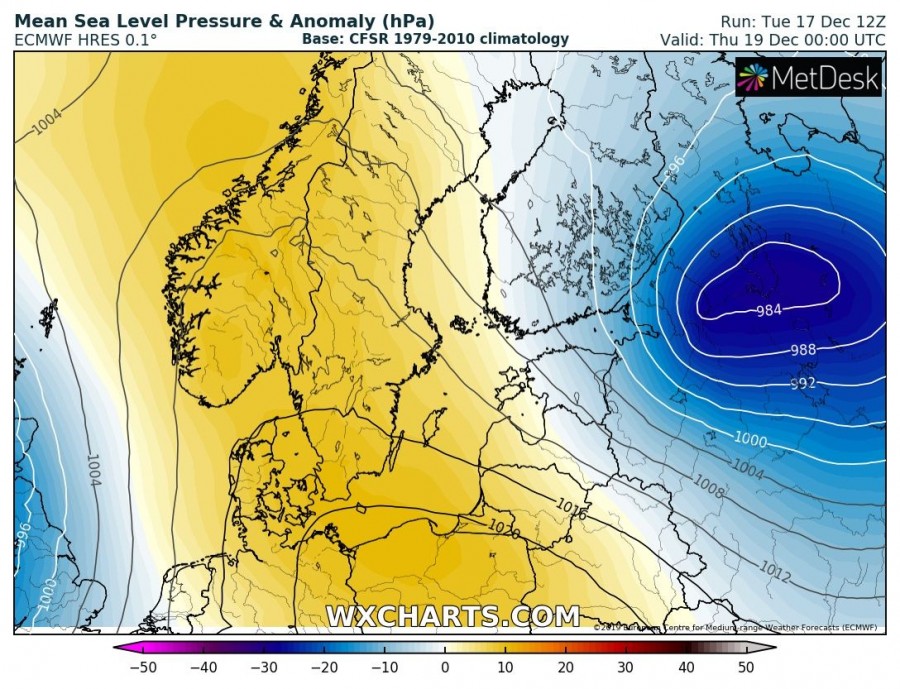 Here is a detailed look of cyclone’s track across southern Scandinavia – the frontal system starts deepening in S Sweden with intensifying rainfall and also snowfall north of the warm front. Cyclone then travels east-northeast through the morning and afternoon hours towards southern Finland, delivering heavy rainfall over the capital Helsinki and also across the gulf of Finland and partly also into the northern coasts of Estonia. Heavy snowfall with blizzard conditions will be ongoing to the north of warm front – notice a sharp boundary of precipitation type! System will eject into NW Russia in the evening hours and continue with heavy snowfall. 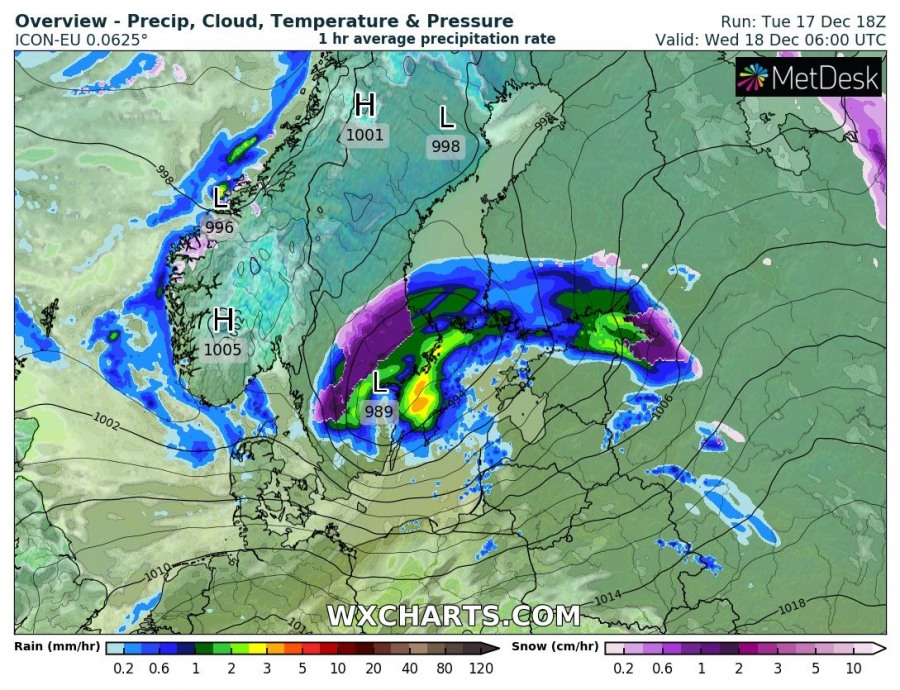 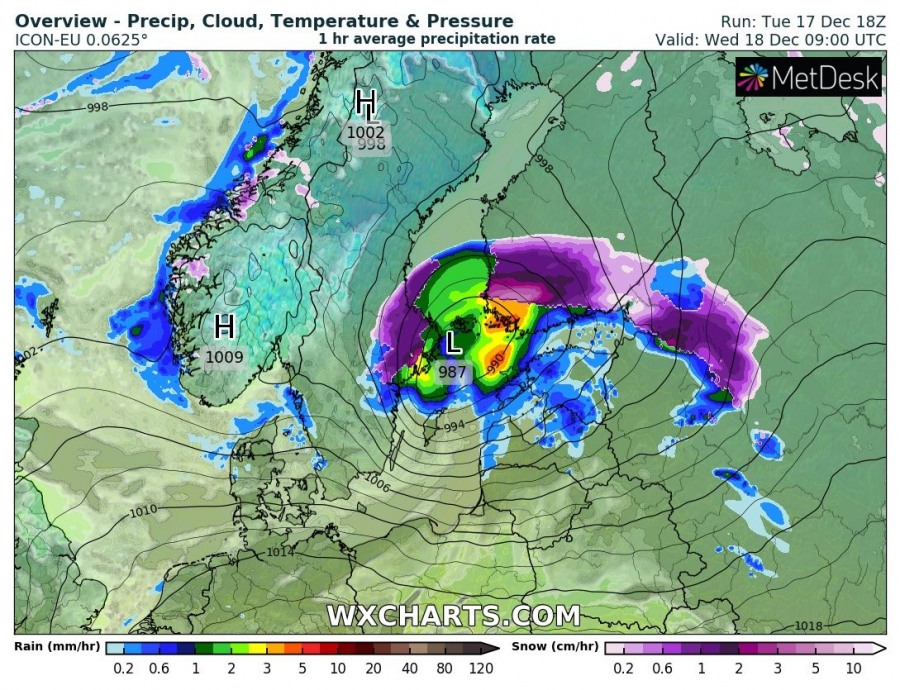 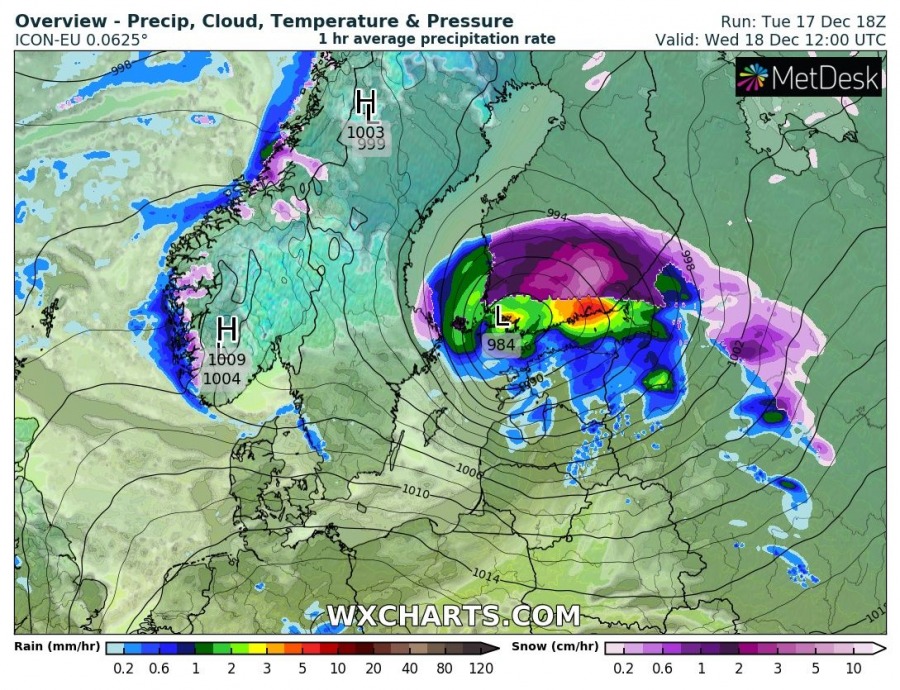 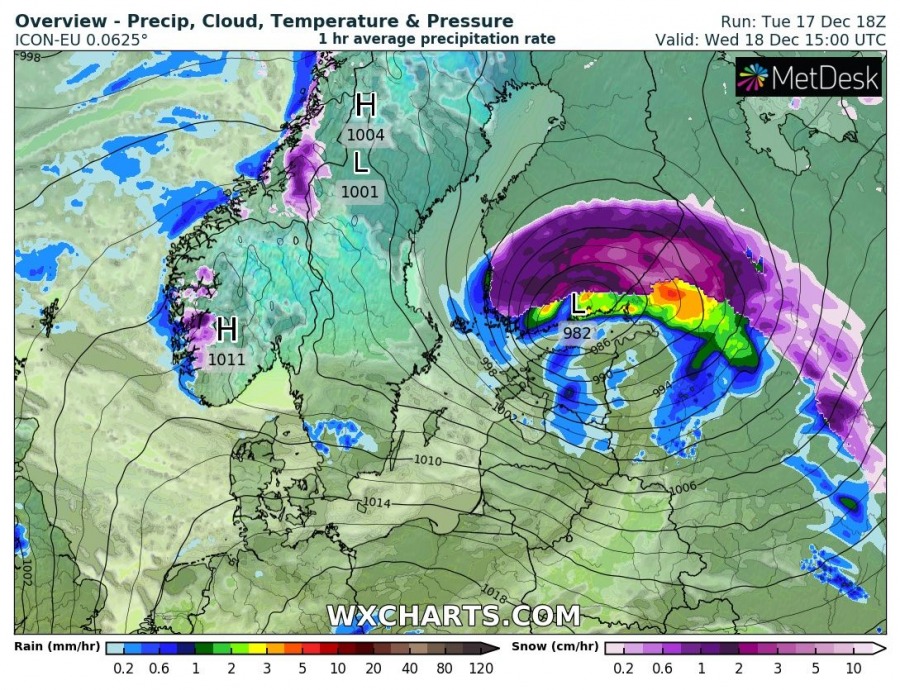 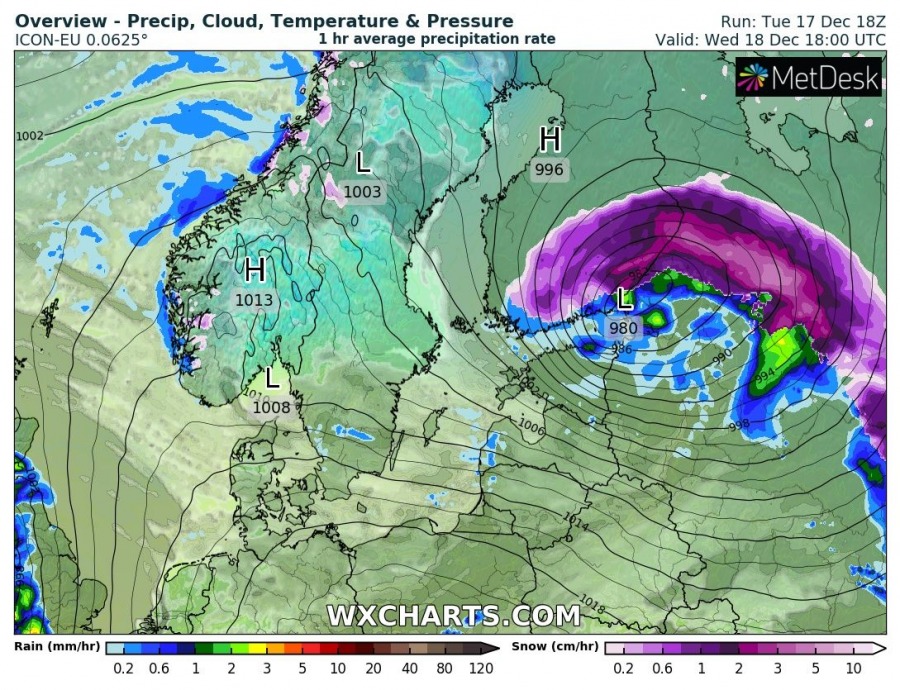 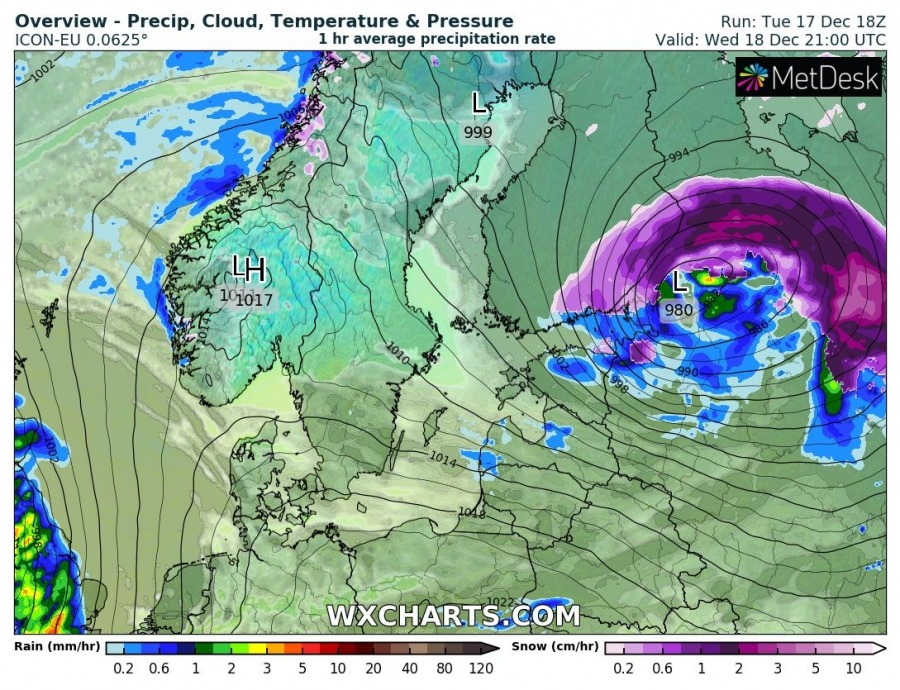 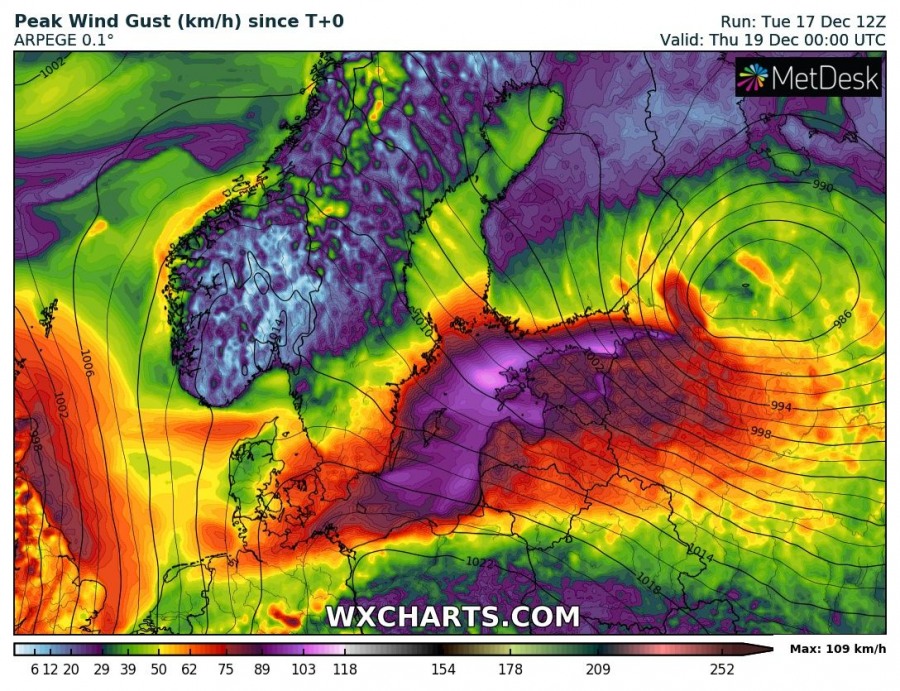 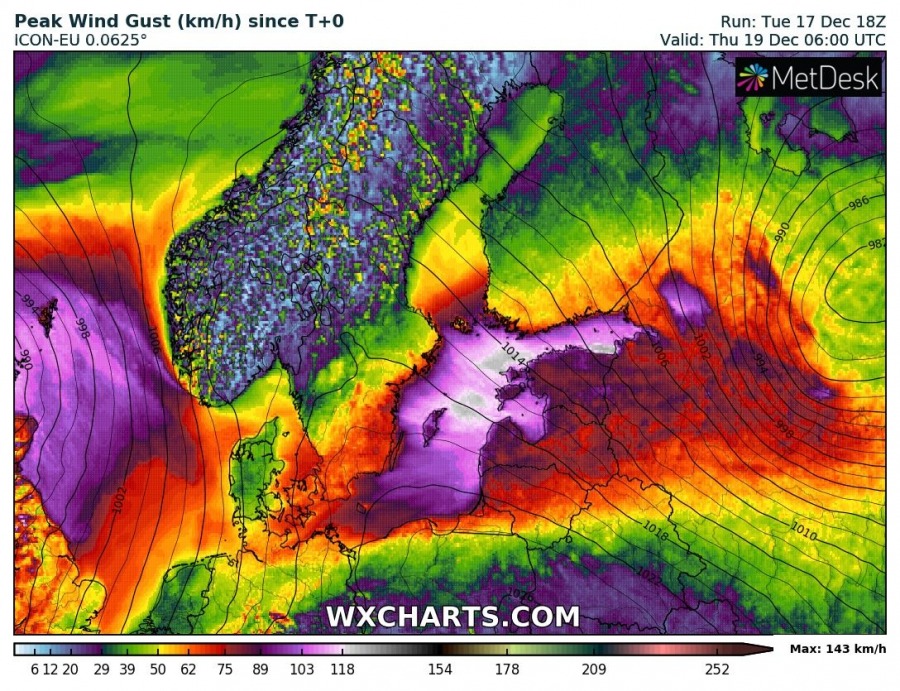 The track of cyclone is also well visible on the rainfall swath map, expanding across S Sweden into S Finland, gulf of Finland, N Estonia into NW Russsia. Only around 25-30 mm of rainfall in expected, but could be heavy at times, combined with gusty winds. 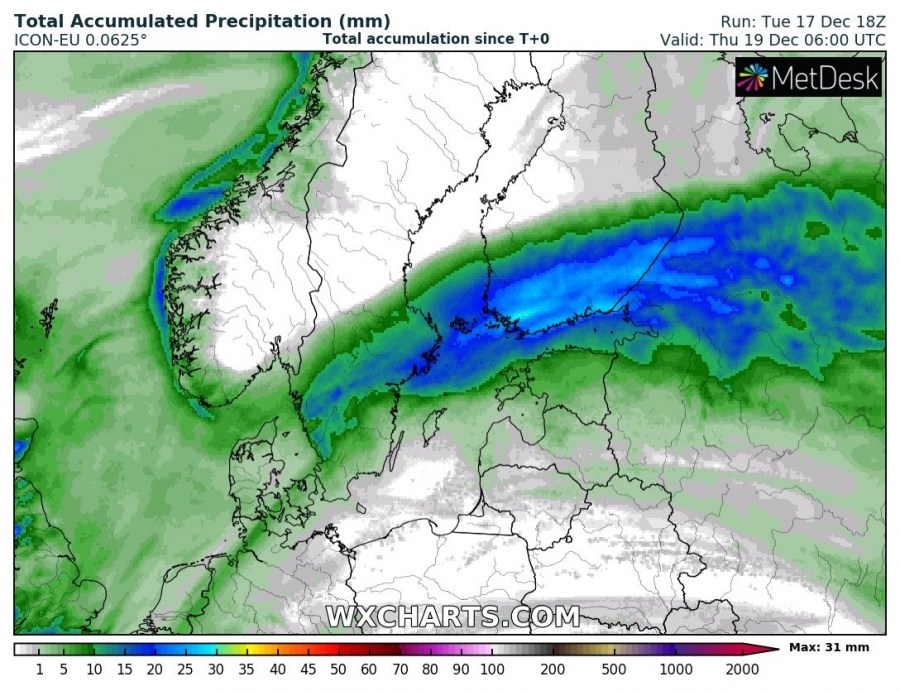 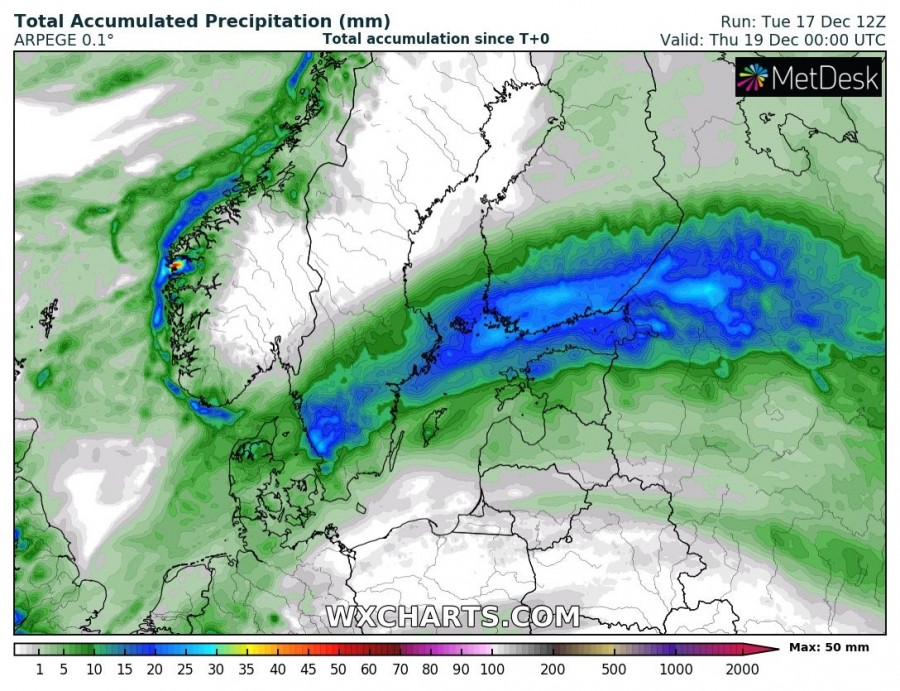 While snow amounts to the north of the cyclone’s center and warm front will not be particuarly huge, a combination of strong to severe winds with heavy snowfall will introduce dangerous blizzard conditions, snow drifts and whiteout conditions for driving. Some roads might become impassable. 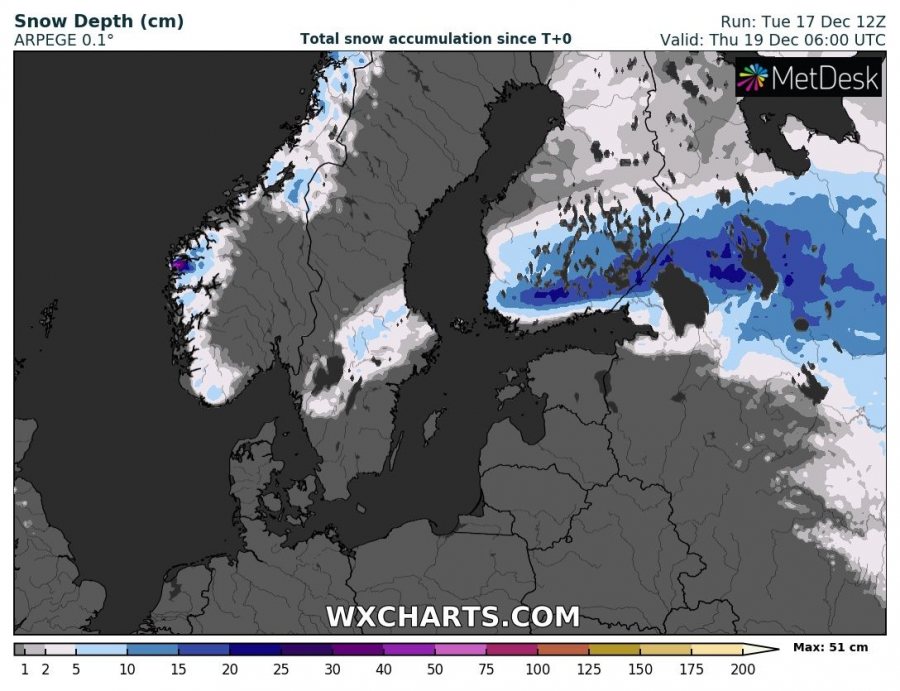