The European continent is experiencing very warm to locally hot weather these days. A warm advection has established ahead of a large upper trough over western Europe, pushing temperatures into low to mid-30s in some areas. The highest temperatures are recorded in Iberian peninsula, precisely over southern Spain where peak values have approached +40 °C again this weekend.

Attached are this weekend’s maximum temperatures over Spain, Sunday was the hottest day of the two. Close to 40 °C was recorded in Ecija and Cordoba, 38.5 °C in Andajur. 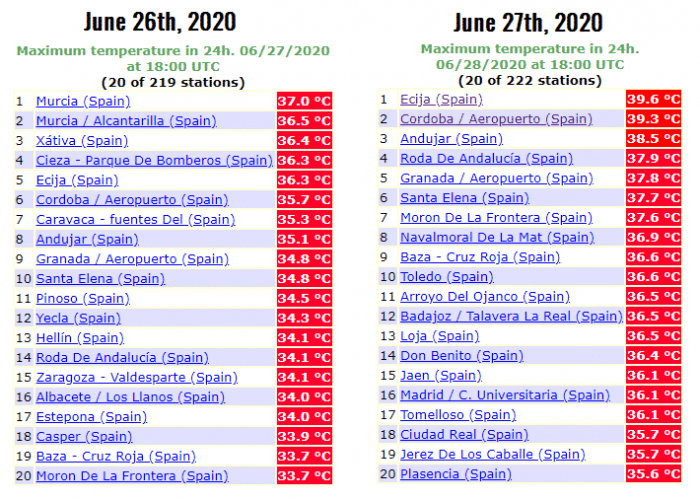 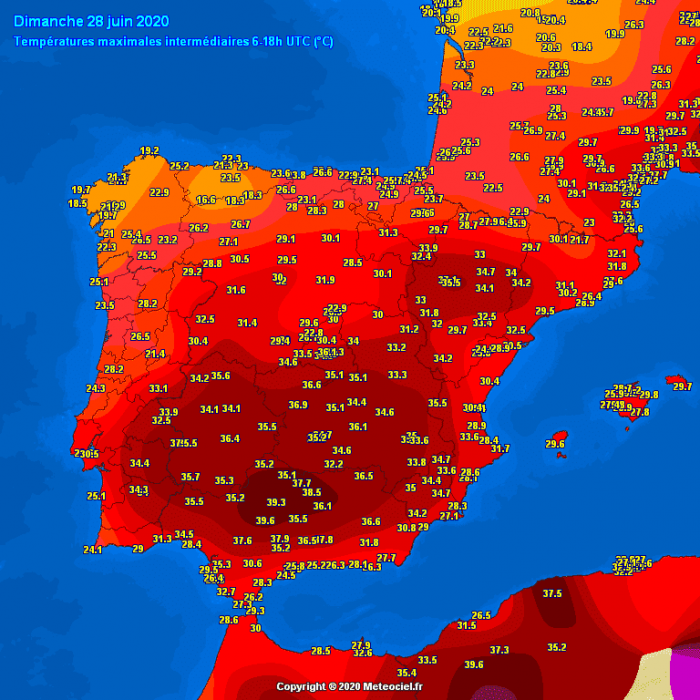 Heatwave with near 40 °C continues until Wednesday

There are likely similar temperatures to be expected across the southern half of Spain also in the next days. Especially Monday and Tuesday should see peak afternoon temperatures nearing 40 °C threshold in some areas. 2 m temperature anomaly over Europe indicates there are much above normal late June temperatures over the Balkans, Eastern Europe, and Iberian peninsula. 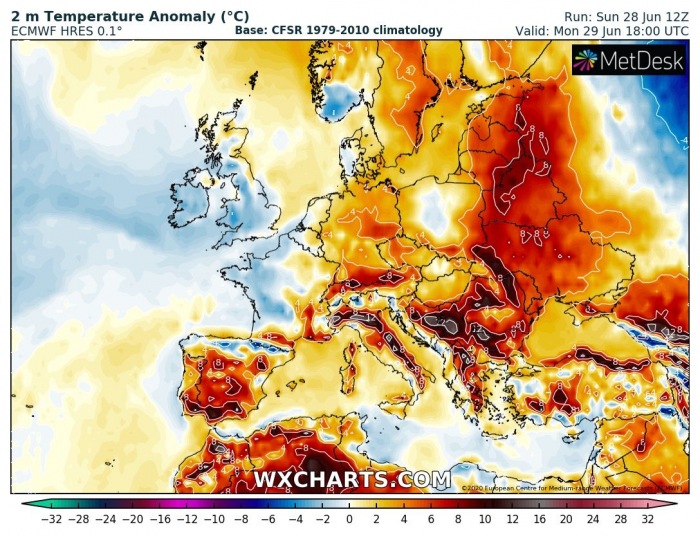 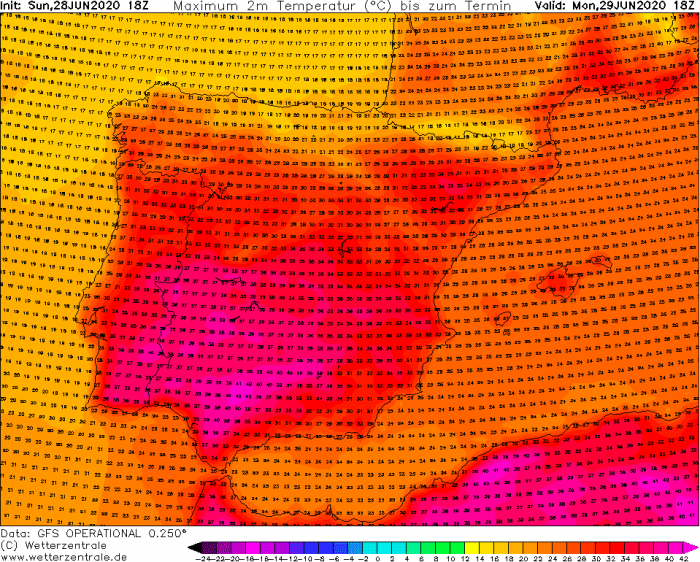 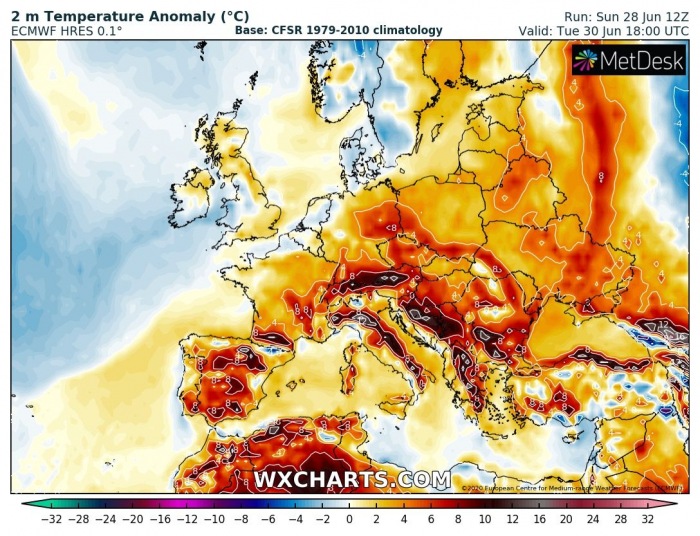 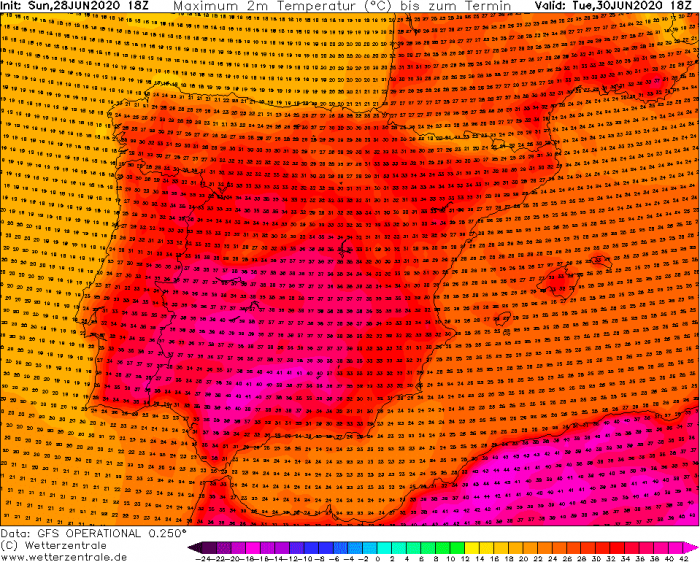 After Wednesday, temperatures will gradually become lower but days will remain hot.