The 700 km distance is, for example, equivalent to the distance between London, England, and Basel, Switzerland in Europe. Or in the United States, between Boston (Massachusetts) and Washington DC. That is an exceptional distance to be said at least. 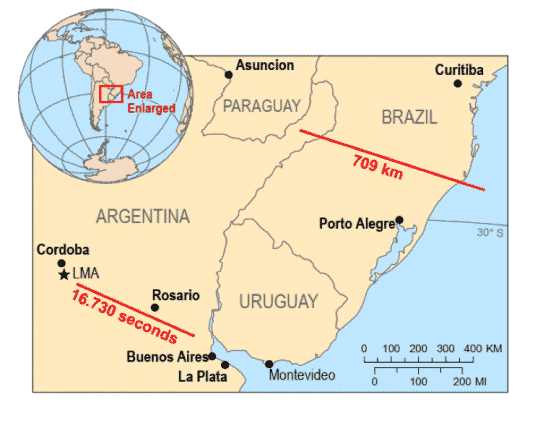 A so-called ‘megafleshes’ were detected by the new lightning detection equipment onboard satellites in orbit around the Earth. A megaflash is defined as horizontal lightning discharges that reach hundreds of kilometers/miles in length.

It does happen quite often, that a (lightning) discharge in one part of the storm can trigger an electrical disturbance on the other part of the clouds, which permits the lightning channel to continue growing and traveling long distances. 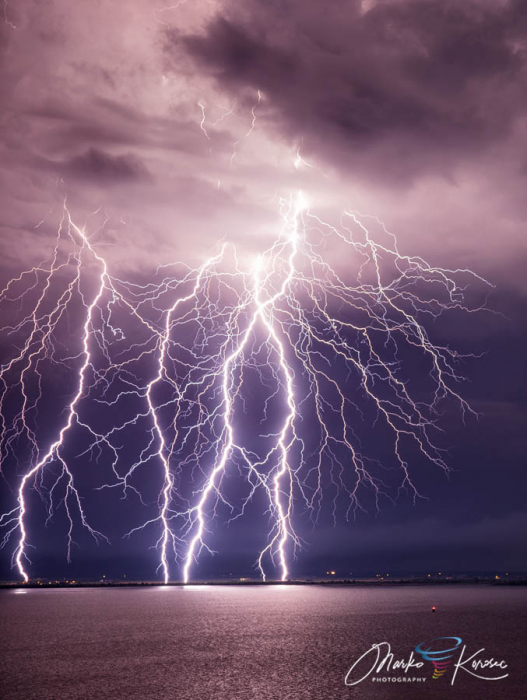 Lightning barrage over the Gulf of Trieste, Italy. Image by: Marko Korošec

A new world record for the longest duration of the lightning strike now goes to Argentina – a single lightning flash lasted 16.73 seconds, detected over northern Argentina on March 4th, 2019. 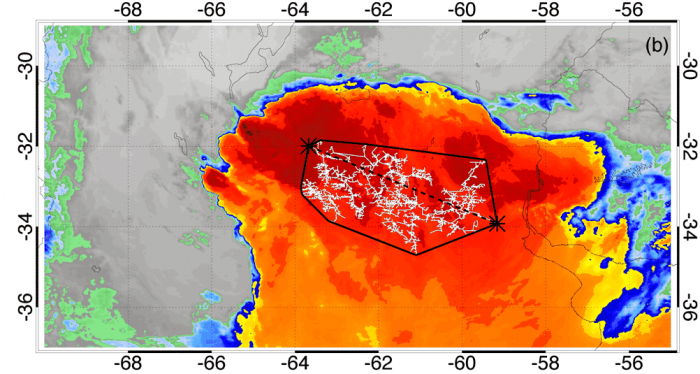 Longest distance for a lightning flash

The world’s longest reported distance for a single lightning flash goes to Brasil. Lightning covered a horizontal distance of around 770 kilometers (440 miles) across parts of southern Brazil on October 31st, 2018. 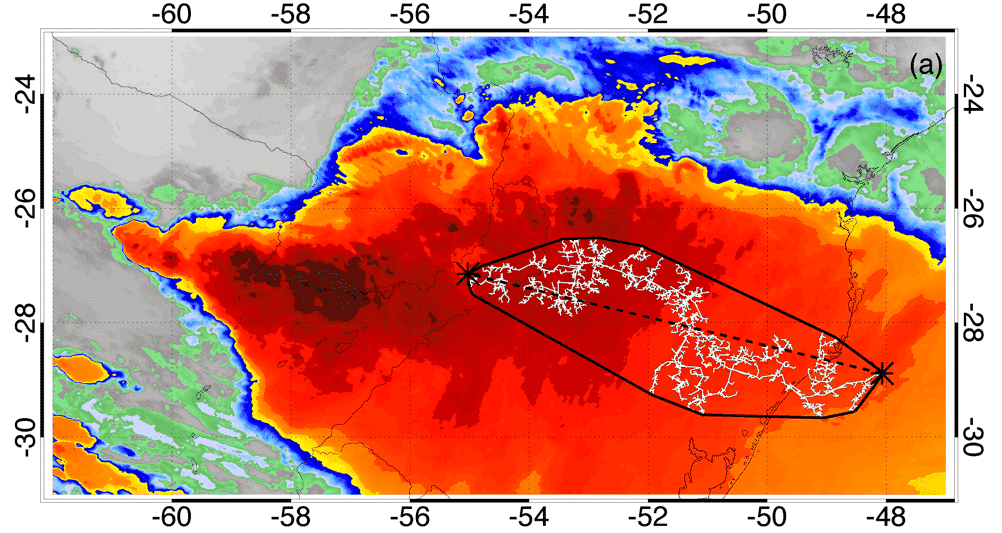 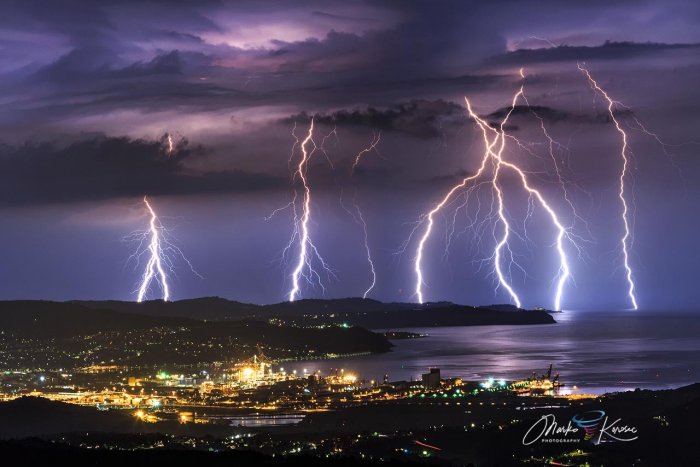 Lightning madness over the Slovenian coast. Image by: Marko Korošec

Here is the official quote from Professor Randall Cerveny, chief rapporteur of Weather and Climate Extremes for World Meteorological Organization:

“These are extraordinary records from single lightning flash events. Environmental extremes are living measurements of what nature is capable, as well as scientific progress in being able to make such assessments. It is likely that even greater extremes still exist, and that we will be able to observe them as lightning detection technology improves. This will provide valuable information for establishing limits to the scale of lightning—including megaflashes—for engineering, safety, and scientific concerns.”

Lightning remains a major hazard that claims numerous lives globally every year. Dangerous lightning threat awareness and safety are important for workers outside, storm spotters, or anyone who gets caught outside during severe weather. There is a basic 30-30 rule existing for your safety:

30-30 rule means: If the time between the lightning flash and thunder is less than 30 seconds, go inside! And wait 30 minutes after the last observed flash of lightning to resume outdoor activities. 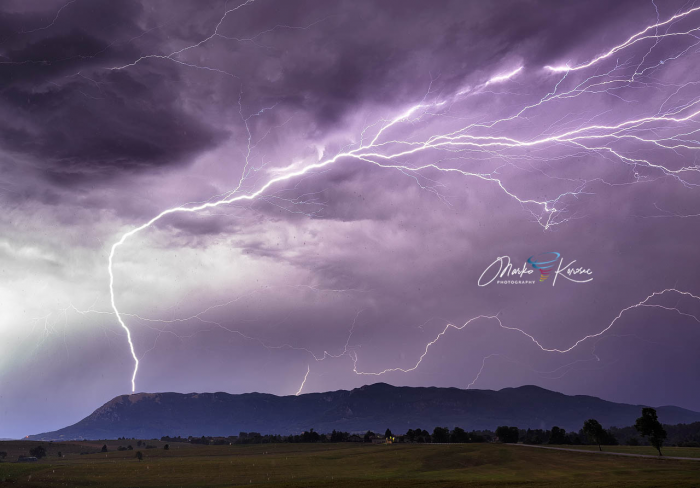 Lightning distance: the new lightning reports are more than double the previous values measured in the U.S. and France for similar world records. The previous record for the longest distance for a single lightning flash was 321 kilometers (199 miles) in Oklahoma, United States. Recorded back on June 20th, 2007.

Lightning duration: the previous record was 7.74 seconds in southern France. Measured back on August 30th, 2012. These records had been confirmed and were collected by ground-based lightning networks. 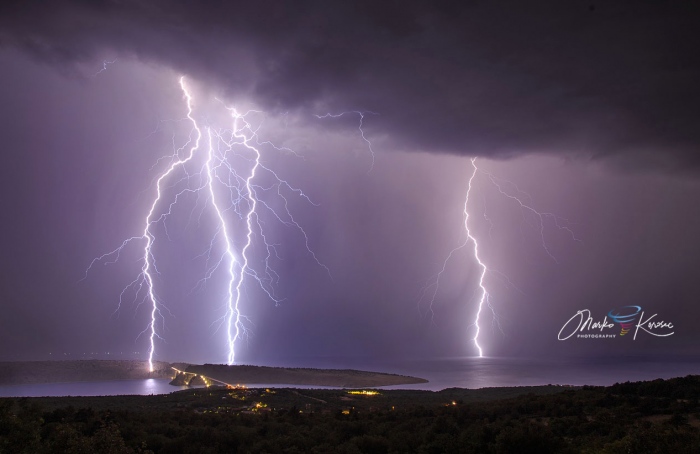 WMO also has two other lightning related records in their books: 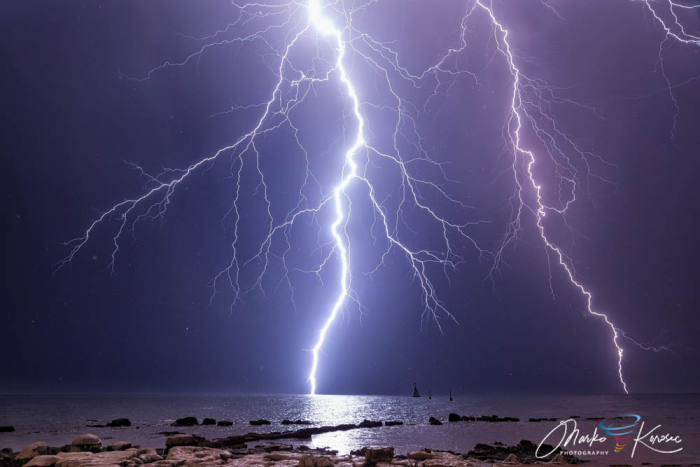