Although most of the discussions lately have been focusing on the numerous North Atlantic low-pressure system introducing windstorms into western Europe, another threat becomes concerning now – flooding. A huge amount of rainfall from the last weeks has already contributed to flooding in some areas, while models are simulating much more rain coming until the end of the month. At least three (3) frontal systems are expected to move across western Europe, bringing additional excessive rainfall threat with enhancing flooding potential.

The current pattern with a strongly positive NAO index suggests the prevailing winds will be zonal and pretty strong. As we can see on the following maps, there are at least three more significant waves crossing the North Atlantic and western Europe until late next week: 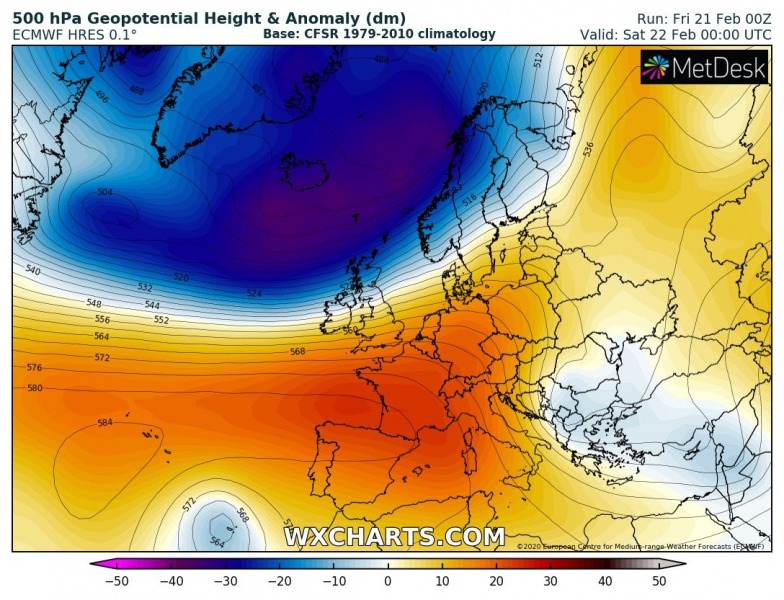 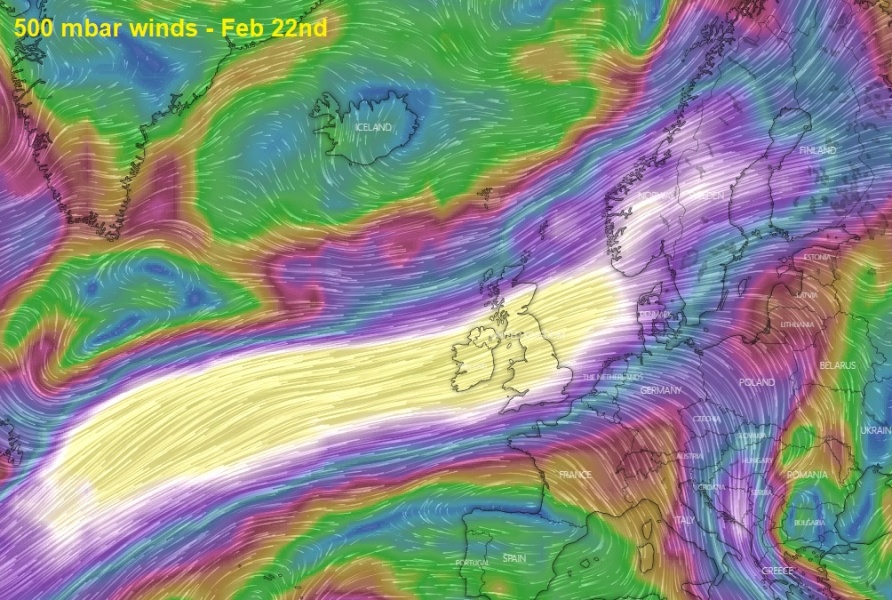 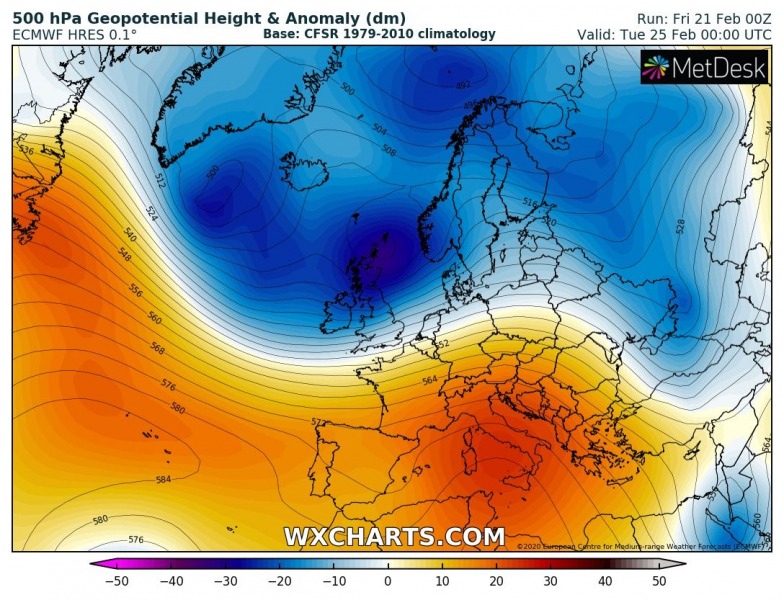 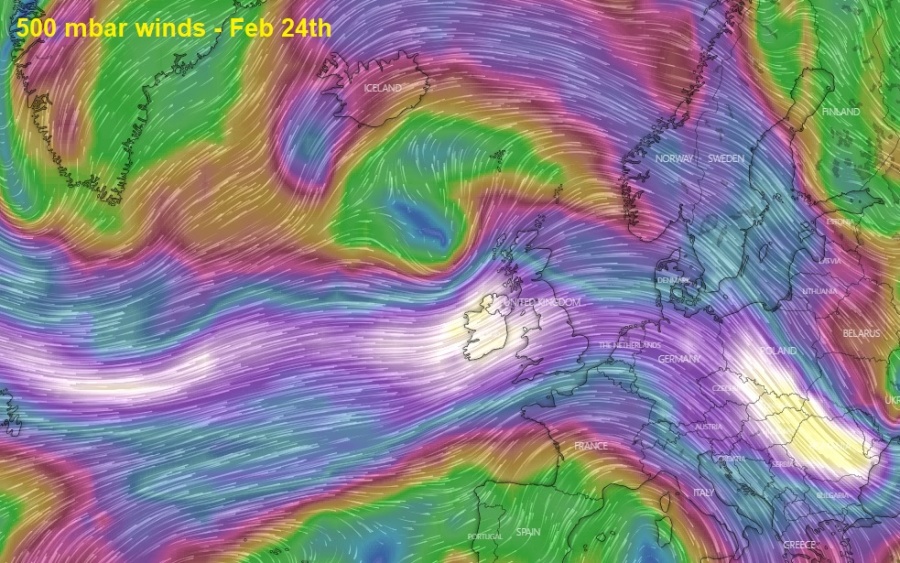 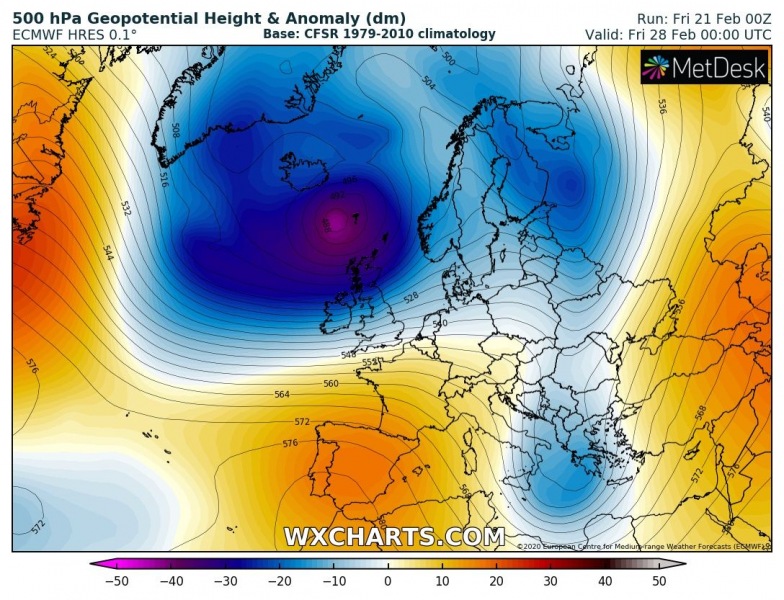 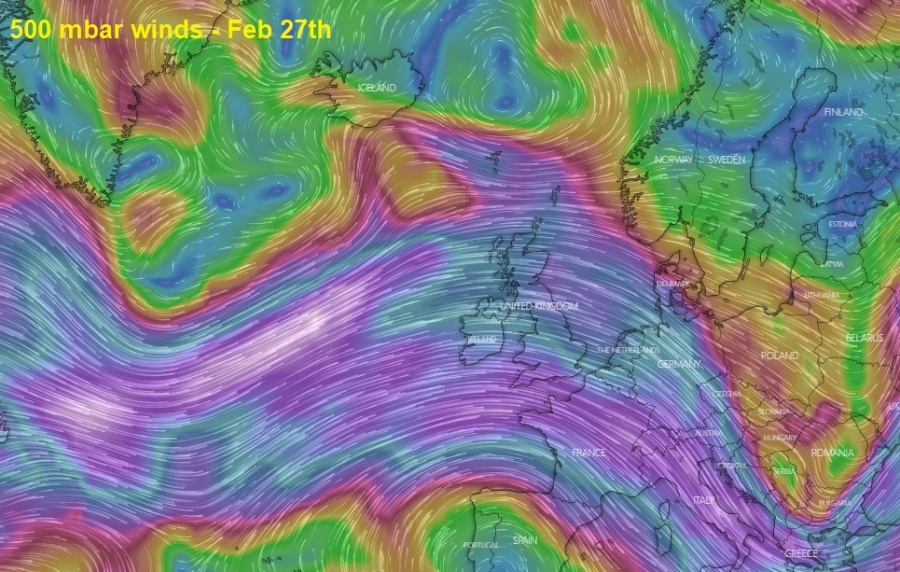 Here is the animation of wind gusts from today into next week. We can see intense cyclones will deliver severe winds, and indeed a lot of moisture introducing orographic rainfall along the mountain ranges:

The prevailing westerly (zonal) flow will often result in strong orographic rainfall towards the mountainous terrain (ranges) across western Ireland, Northern Ireland, Wales, northern England, and Scotland. The highest amounts are most likely across the Scottish Highlands, near or even above 200 mm until the end of next week. 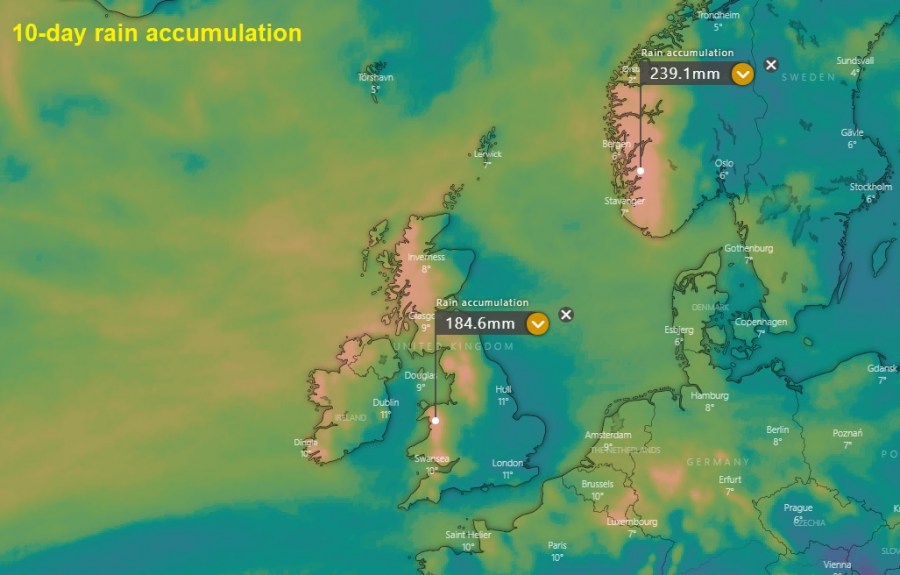 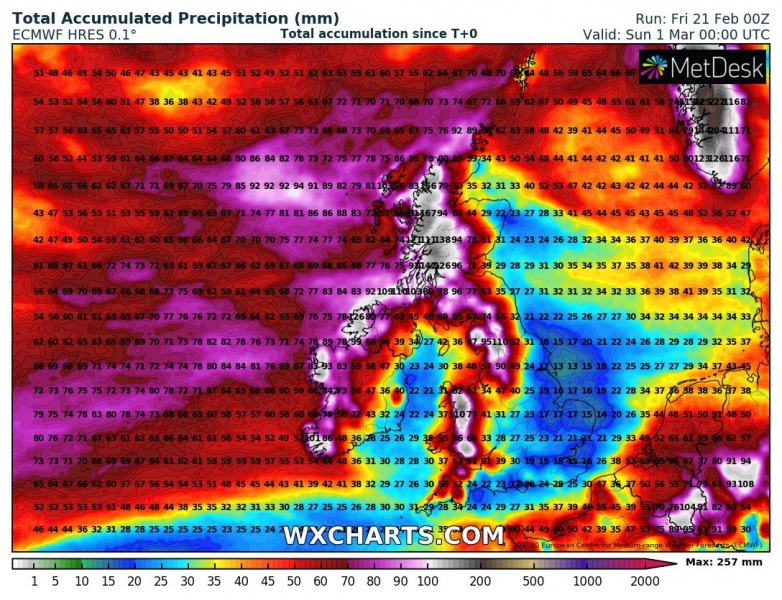 Here are close-up maps for Scotland and surroundings, GFS and ECMWF models: 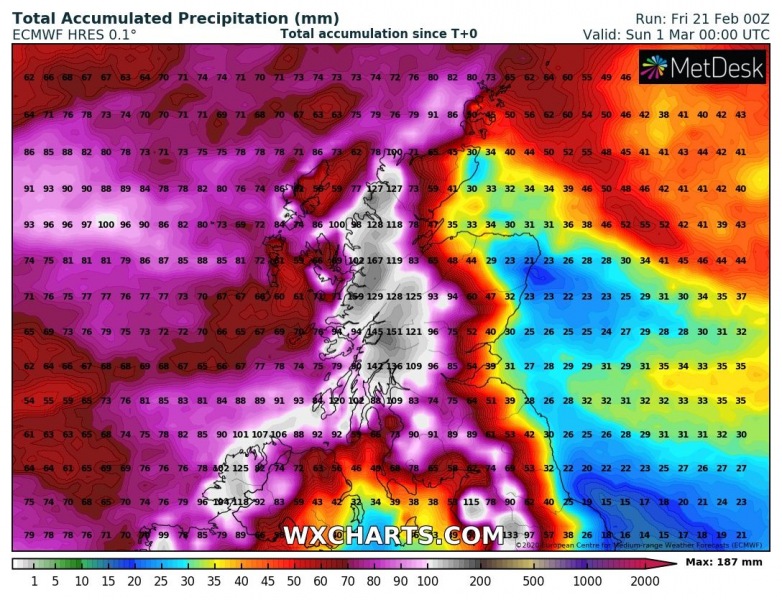 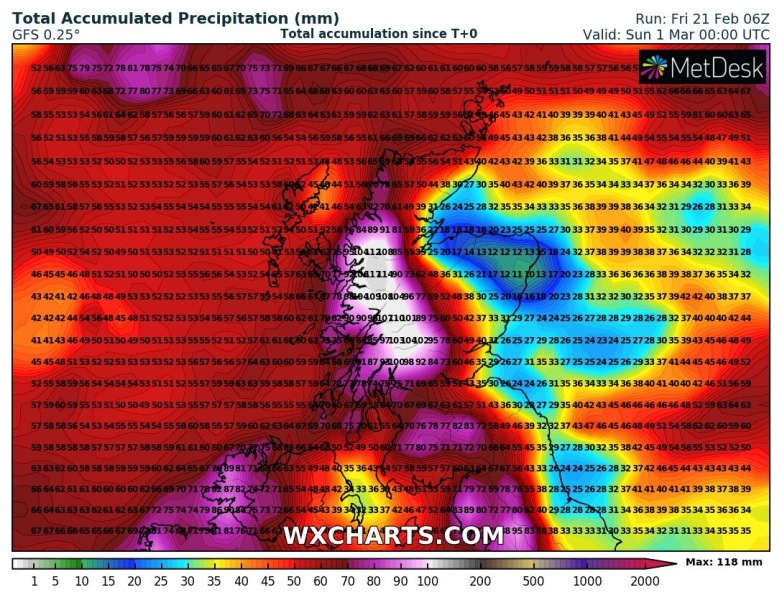 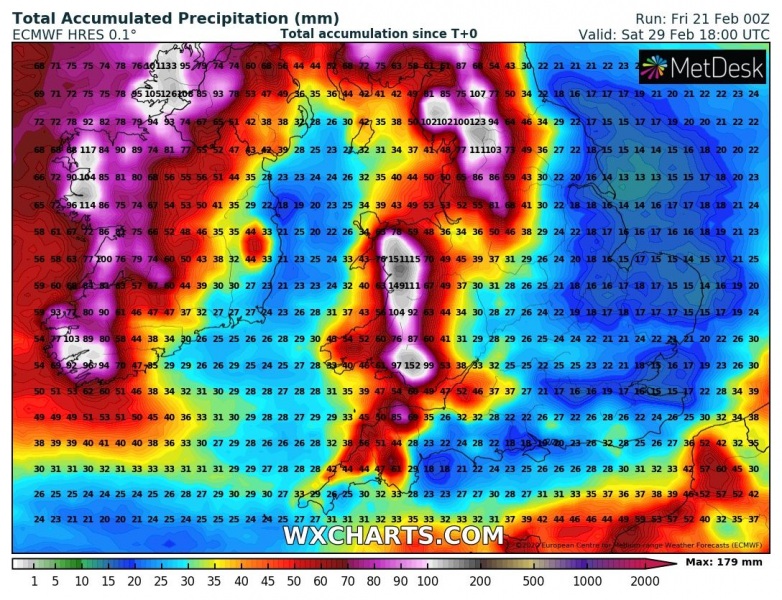 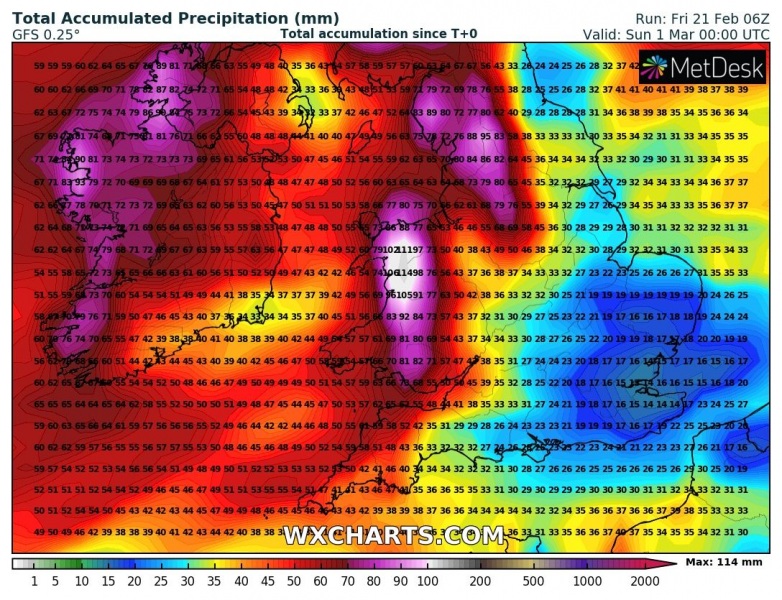 Lots of rain is also expected across SW Norway as persistent orographic precipitation will be delivering 200-300 mm of rainfall (and snowfall over the higher terrain) until the end of February as well: 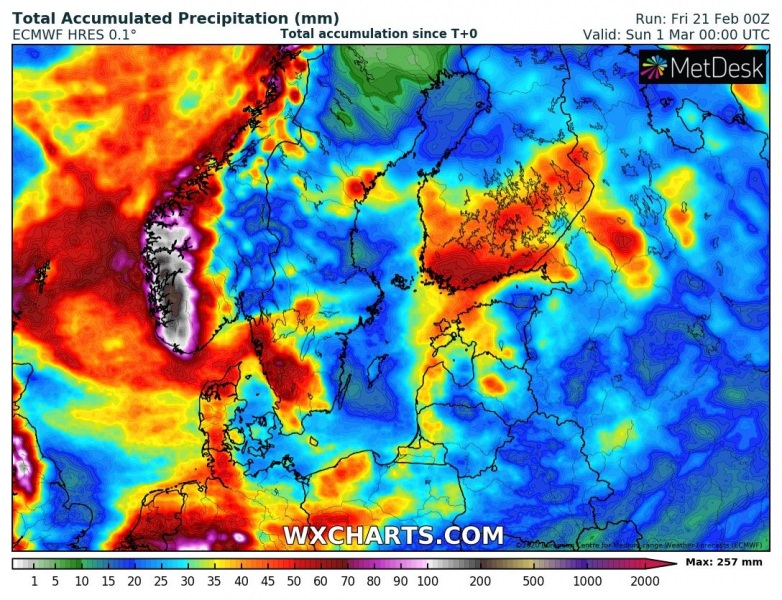 As we can see, models are in very good agreement we can expect a lot of precipitation until early March. Several intense North Atlantic depressions will travel across western Europe and result in an excessive amount of rain. Therefore also significantly enhancing flooding potential locally – stay alert!

See also – one frontal system with windstorm pushes into UK and Ireland this weekend: