The Mediterranean remains very warm even in late September. Much of the sea is 1.5-2 °C above long-term average, some parts are over 3 °C warmer than average for this period. 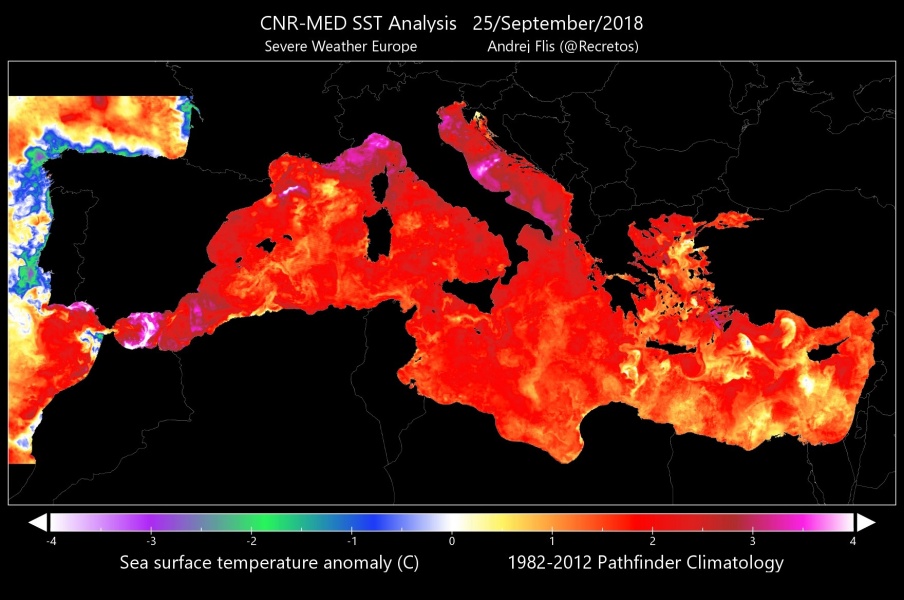 In absolute terms, the warmest parts are the southern and eastern Mediterranean, where sea surface temperatures are still mostly above 27 °C and locally up to 29 °C. Central parts are around 25-27 °C, while northern parts are closer to 24-26 °C. 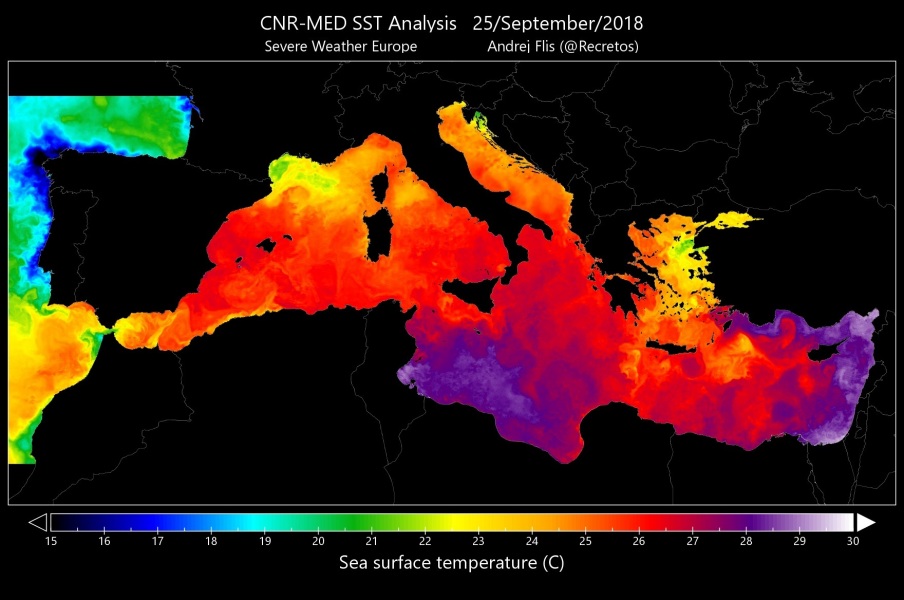 The intense Bora winds will produce strong upwelling effect, cooling the Ligurian and Adriatic sea surface very significantly in the next few days. Sea surface temperatures are likely to drop below 20 °C.

Towards the end of this week, a Medicine is likely to form across the very warm south Mediterranean and Ionian sea. It could potentially bring severe winds/flash floods threat into the southern Greece.