Just a few days after an intense North Pacific cyclone brought a powerful winter storm to Alaska, there is another one rapidly developing system this weekend. It formed after a deep wave ejected from northeast Asia, beginning rapid cyclogenesis south of the Kamchatka peninsula last night. The extra-tropical cyclone is now in rapid intensification process while gradually moving north-northeast towards the Aleutian Islands (Alaska) and the Bering Sea. A violent windstorm is expected over the isles until late Monday!

The system has been rapidly intensifying since Friday afternoon and has been analyzed as 948 mbar cyclone today, Feb 1st at 12 UTC. It is moving north-northeast with slow speed but continues deepening and expanding in size. The central pressure drop has been around 39 mbar during the past 24 hours, is particularly intense during the past 18 hours. It had a 9-12 mbar drop through every 6 hours within this period! 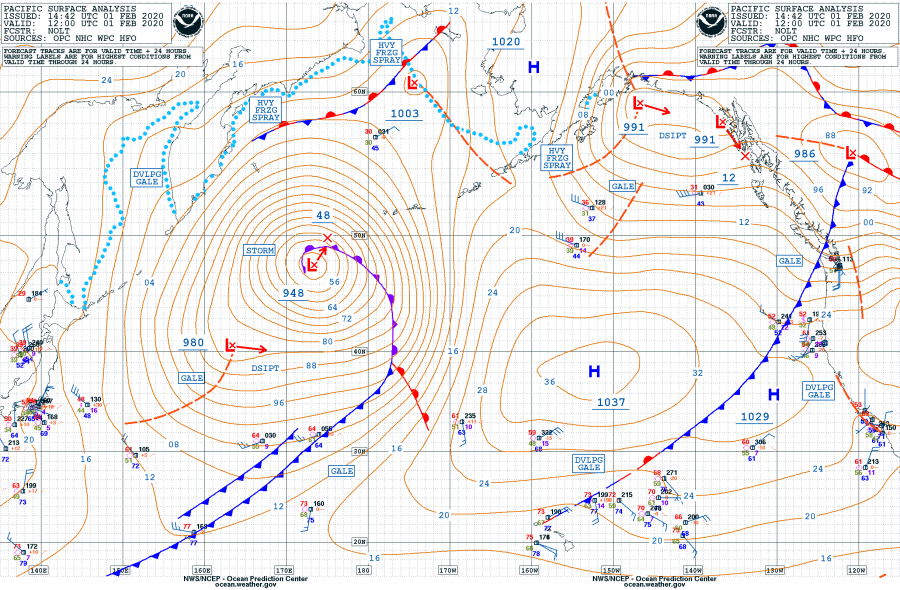 Here are some satellite images this early morning, revealing an impressive structure of the deep low, with a powerful intrusion of cold and dry air mass wrapping around the core. Satellite presentation is improving and will probably be even more spectacular later today when system matures over the Aleutian islands. 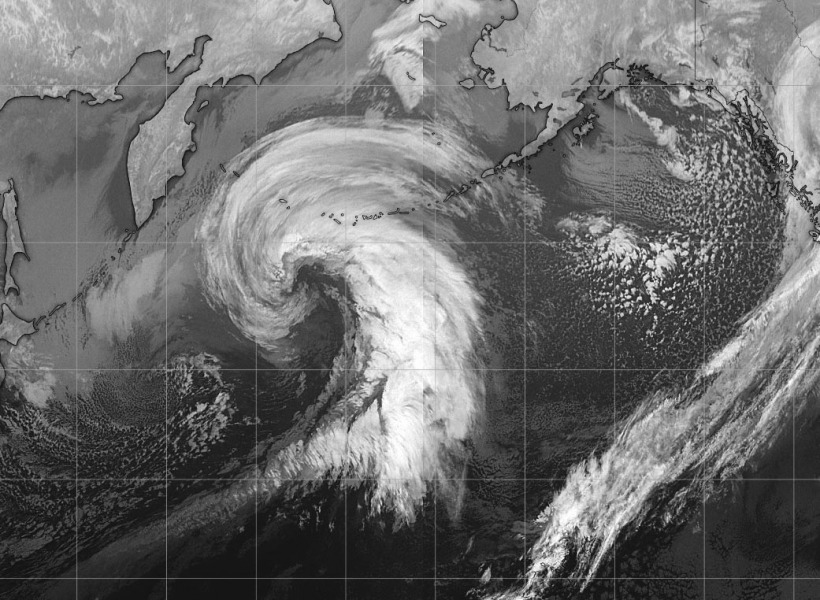 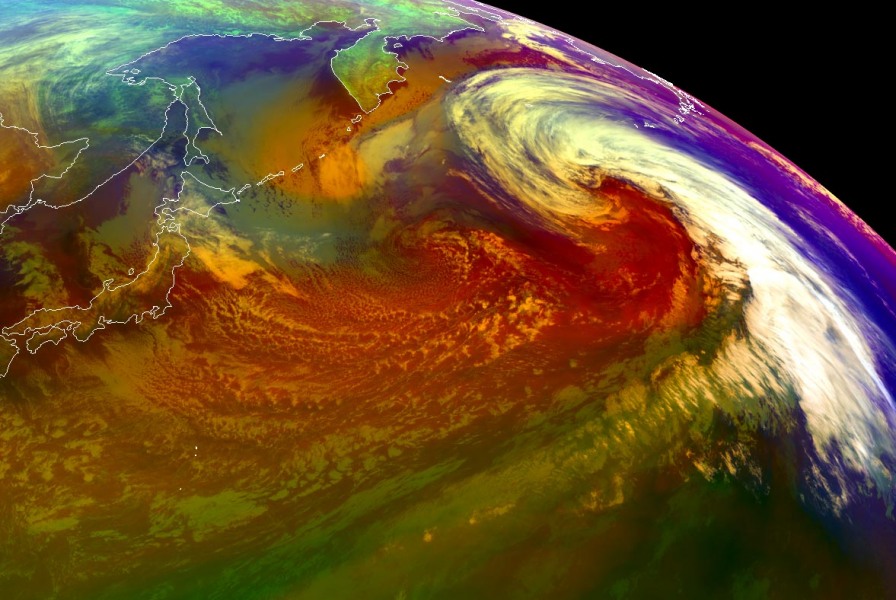 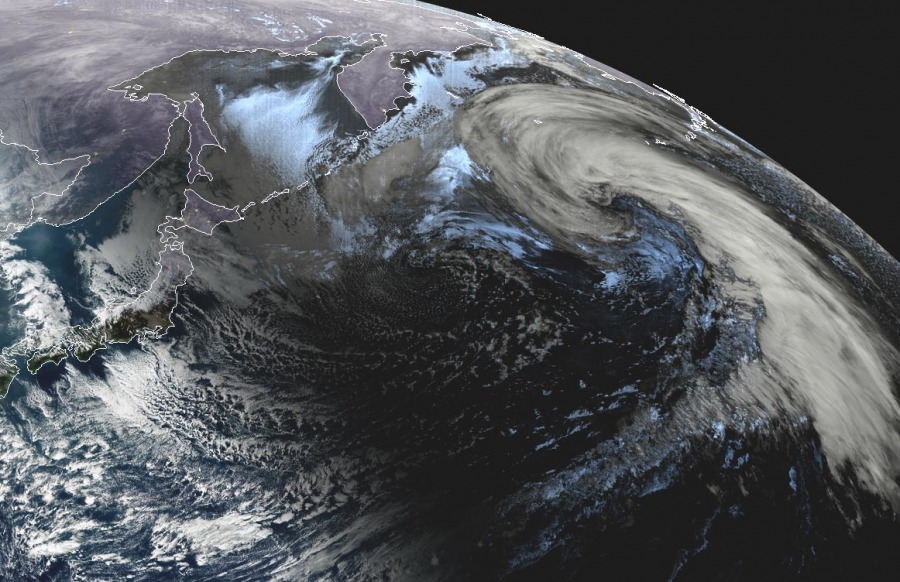 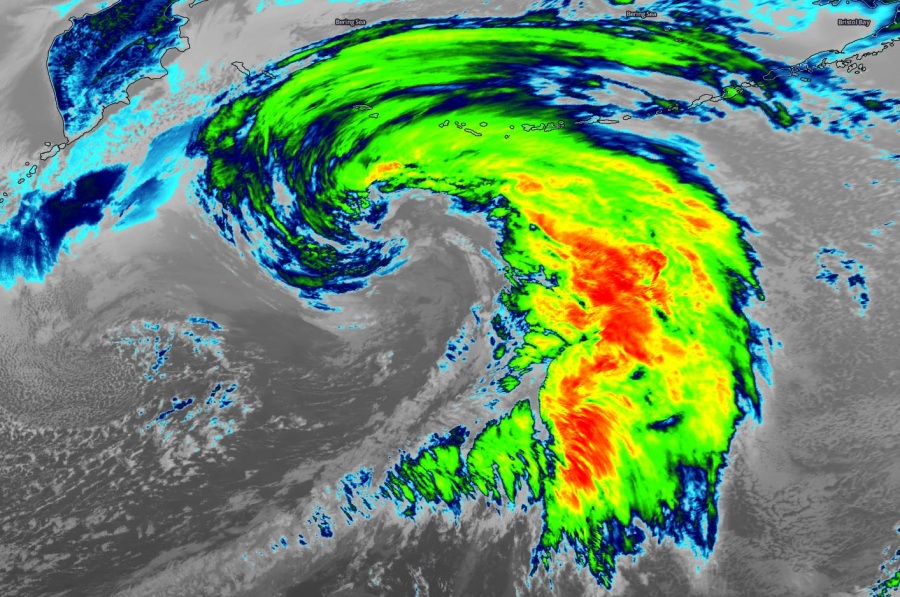 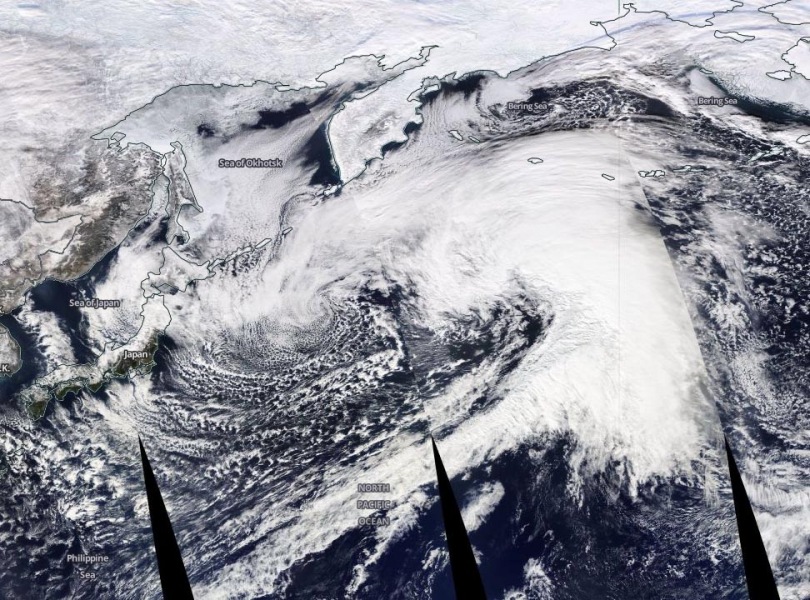 A 12-hour sequence of cyclone’s wind field evolution over this weekend – cyclone is rapidly deepening, organizing and expanding its size significantly! 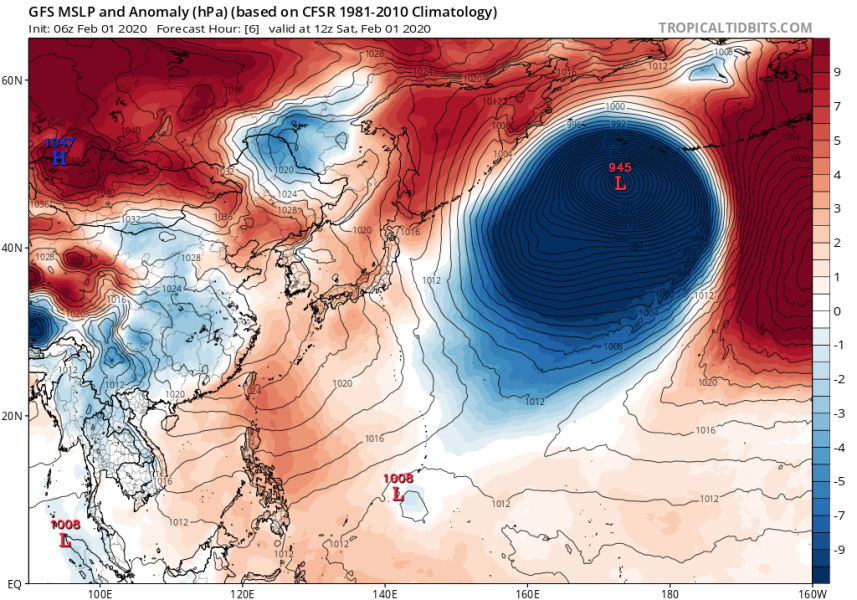 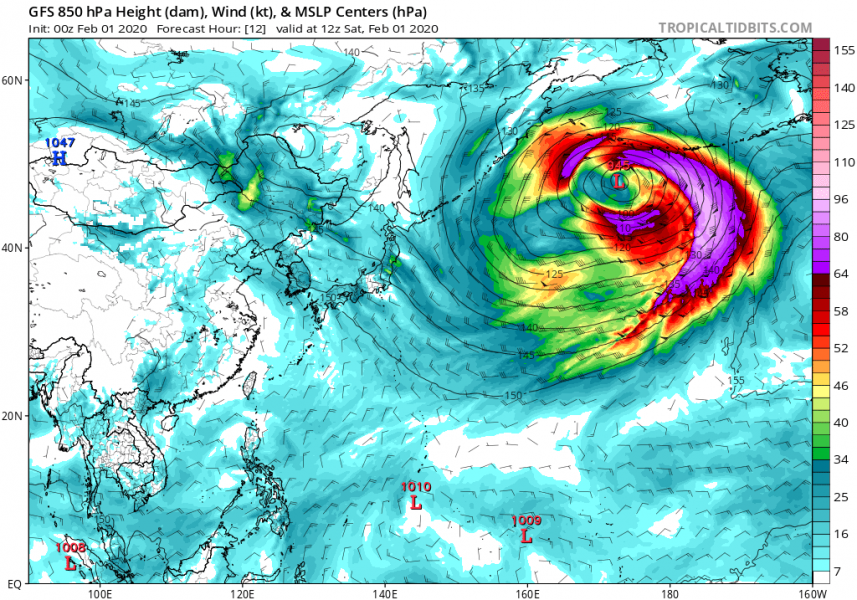 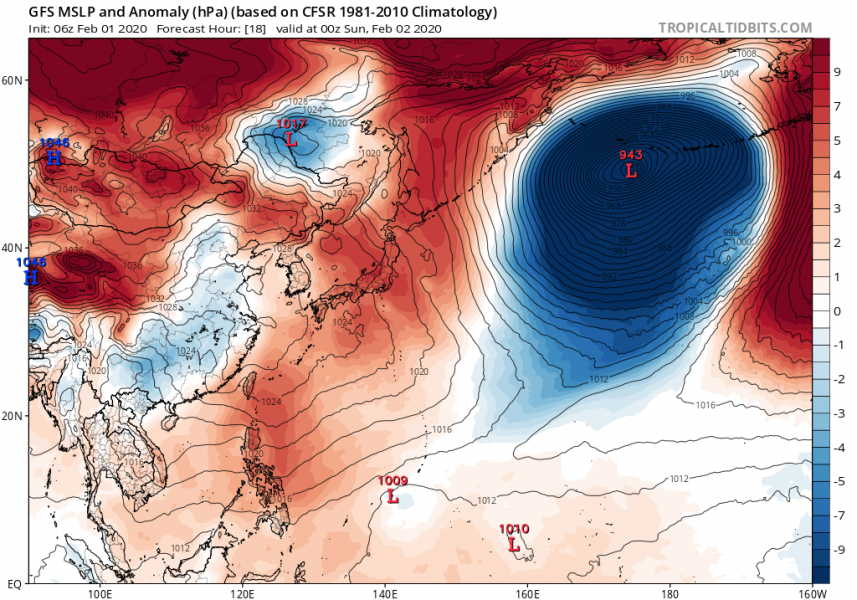 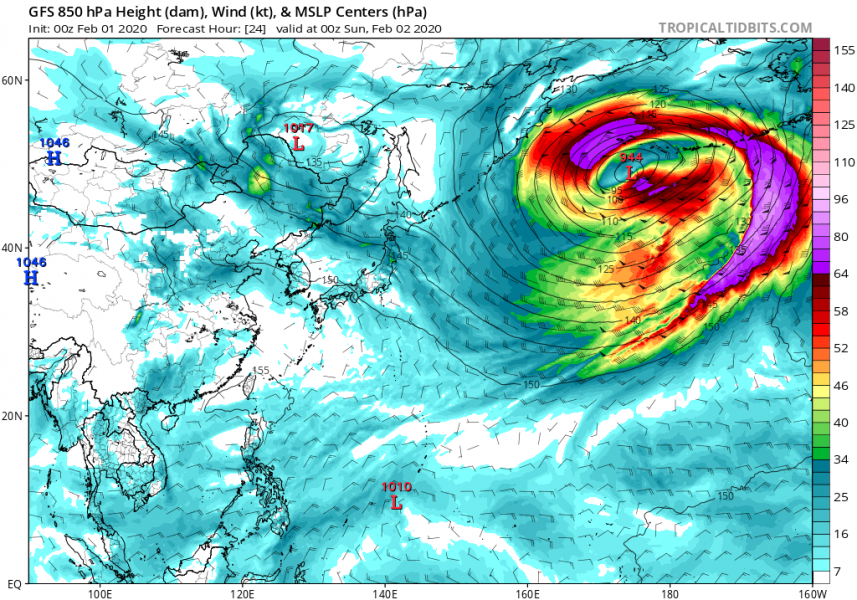 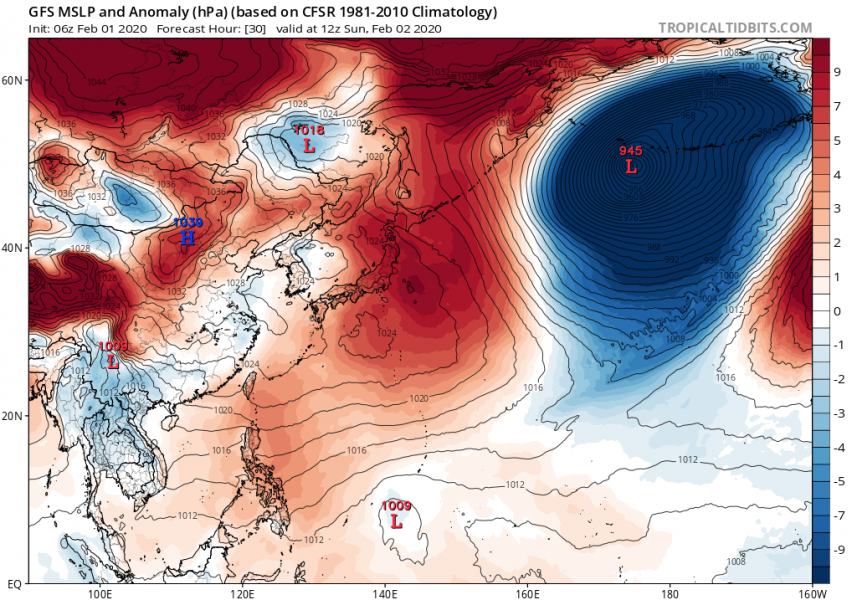 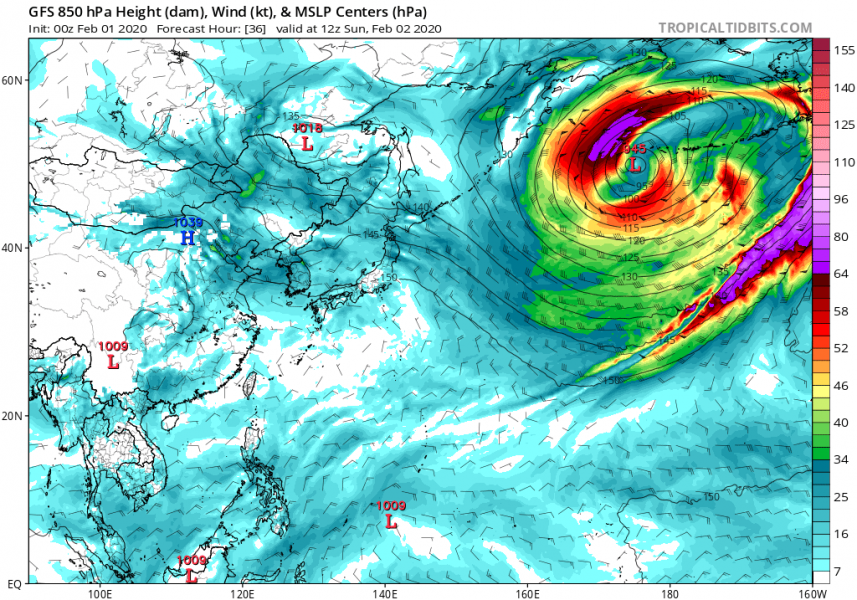 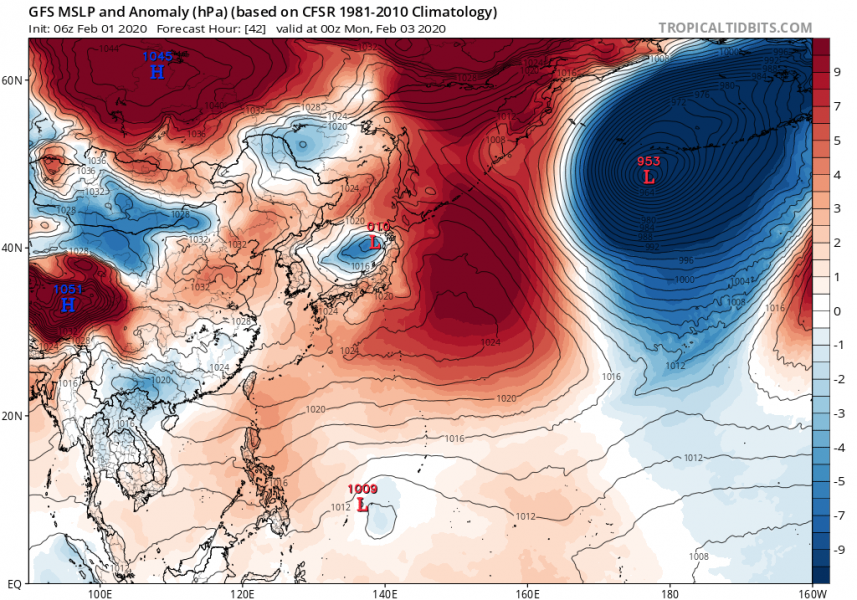 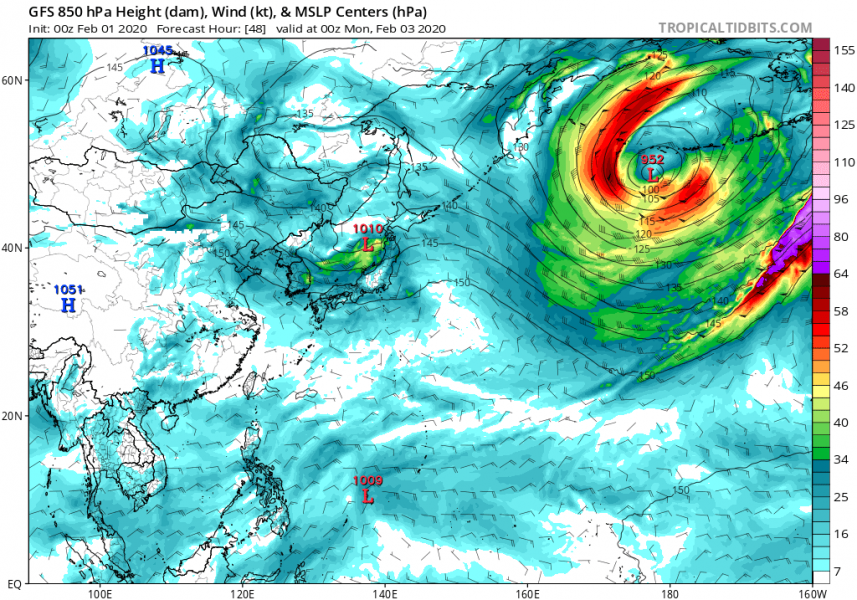 As said, this cyclone will be remarkably large, dominating most of the North Pacific with violent hurricane-force winds and major waves. Notice how large its size is compared to Alaska. It also created almost 100 mbar pressure difference across the North Pacific: 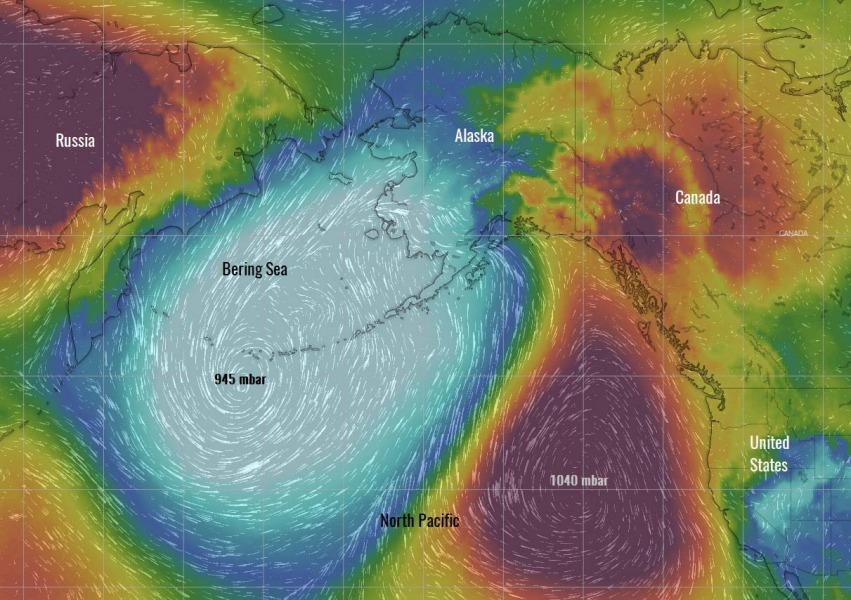 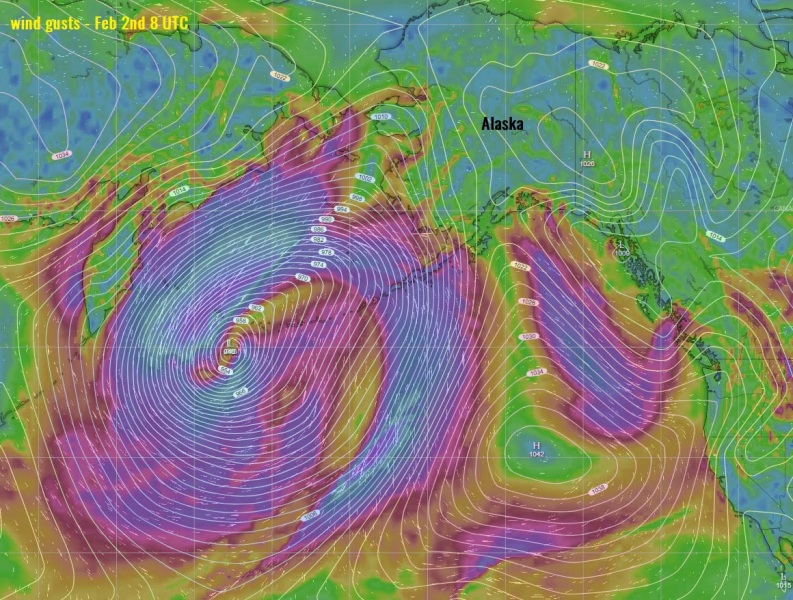 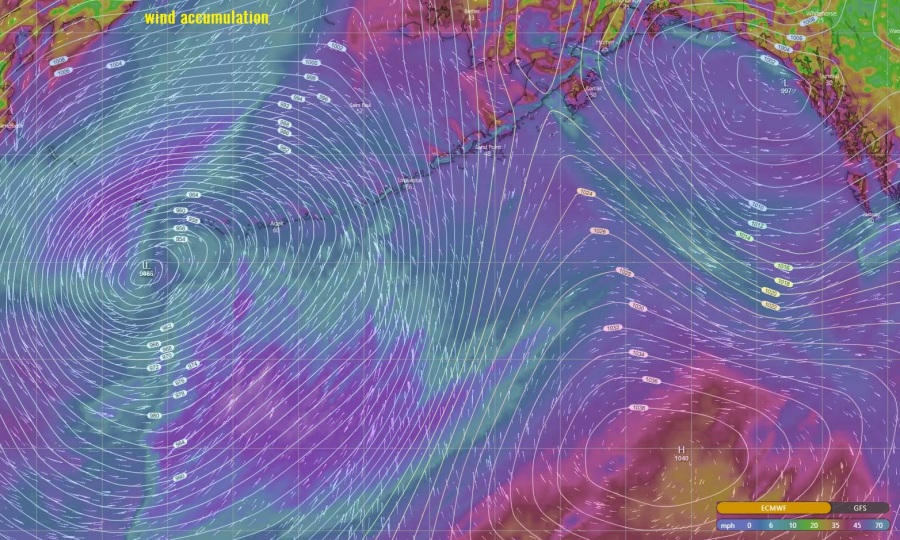 Major waves are expected across the broad area due a very large size of the system, literally affecting the whole North Pacific! 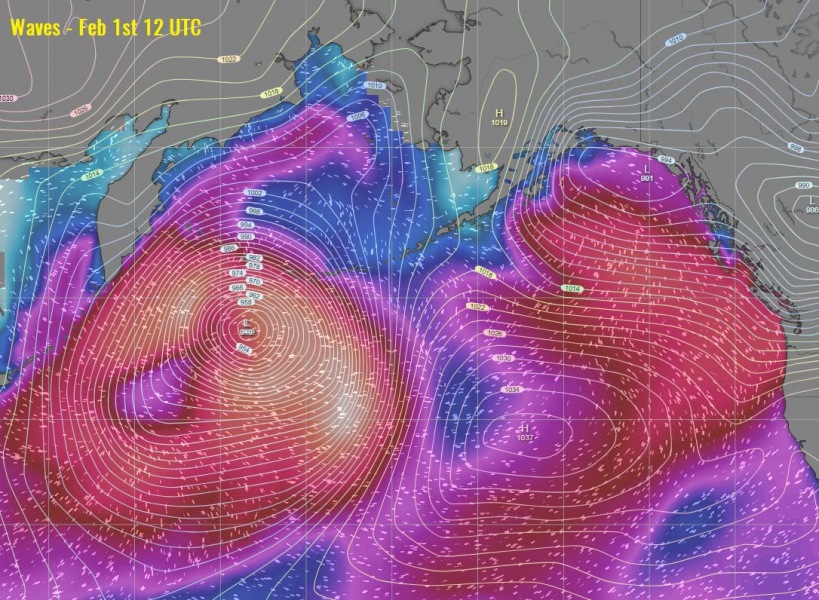 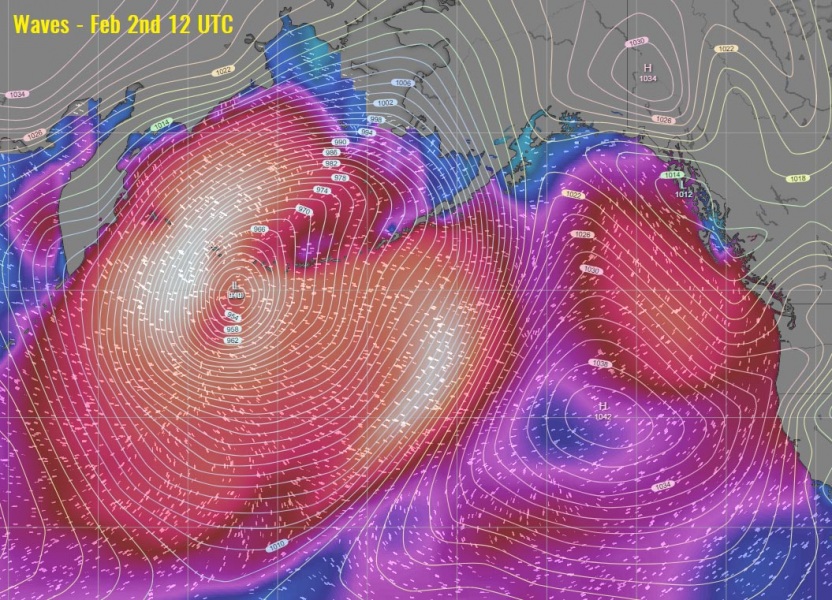 See also – a monster cyclone over the North Pacific and Gulf of Alaska earlier this week: