An extra-tropical cyclone has been maintaining its powerful strength overnight and is now with its center over the Gulf of Alaska. An intense winter storm is gradually spreading across the south and southeast Alaska – should continue throughout the day.

Cyclone finished its rapid intensification yesterday, but the system is maintaining its powerful strength while drifting into the Gulf of Alaska now. Intense rainfall/snowfall is occurring over the coastal areas, resulting in a violent winter storm and blizzard conditions. These should continue today. The minimum central pressure is 954 mbar, based on the 00 UTC analysis (Jan 29th): 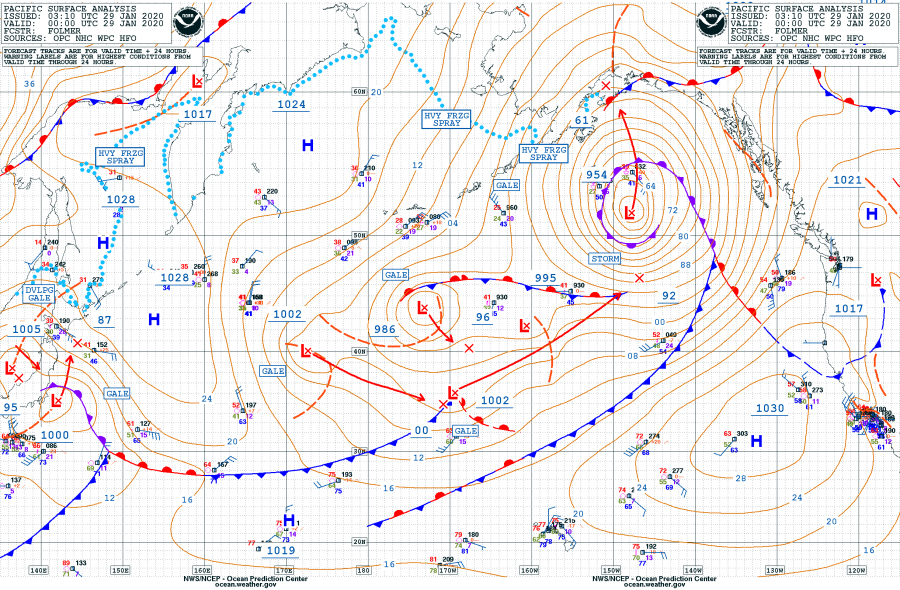 Here is some additional impressive satellite images from yesterday afternoon and overnight: 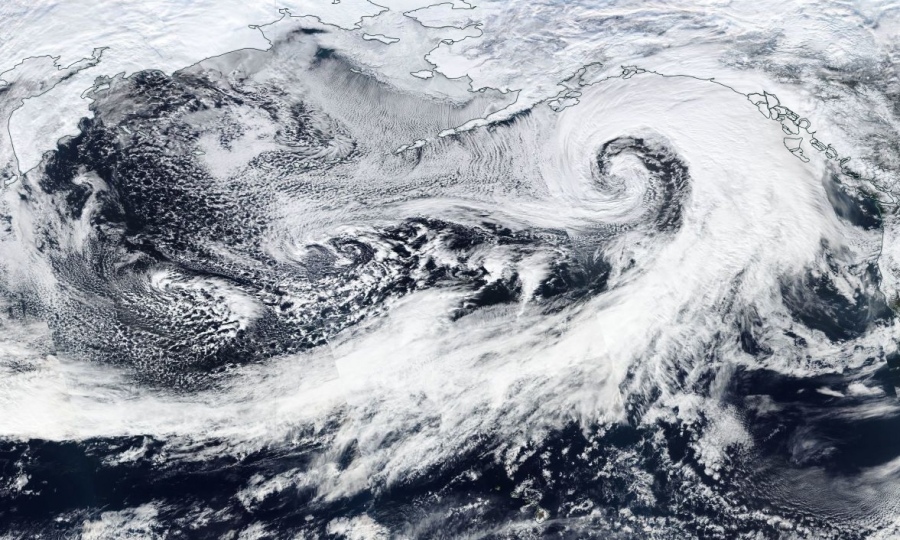 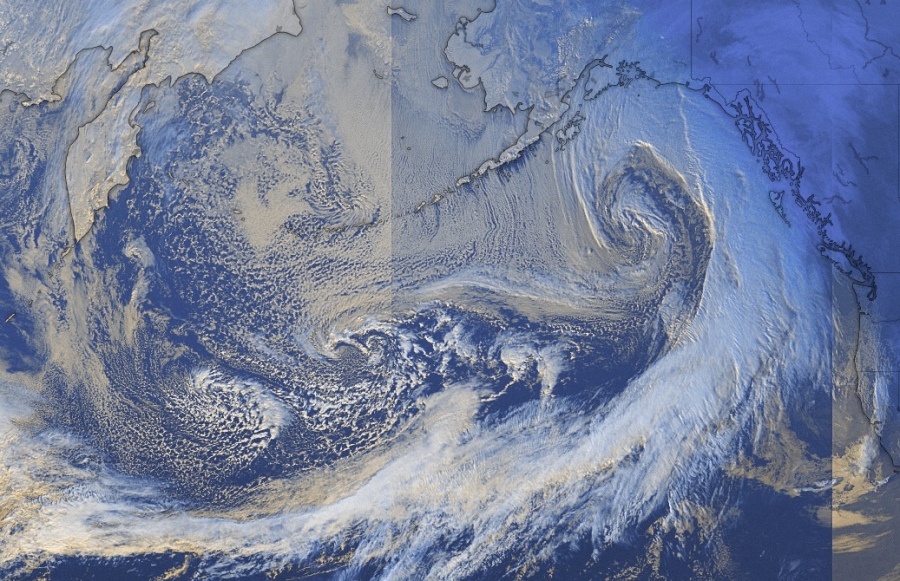 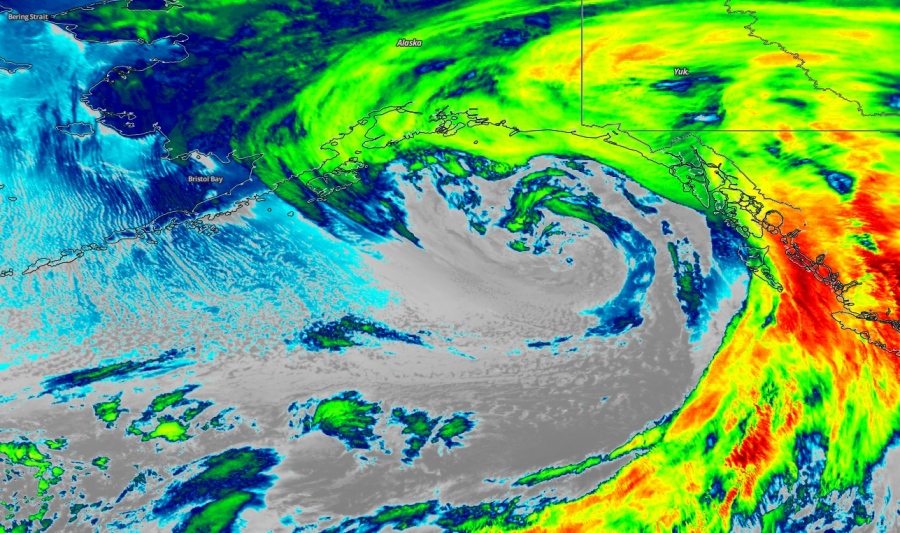 Another pretty spectacular feature of interest are the convective cloud rolls, caused by the powerful Arctic air mass advection in cyclone’s cool side – notice widespread cloud streets off the ice shield over the Bering Sea towards south across the Aleutian Islands into the open sea. Although this is a known feature and is often seen in some parts of the world, it’s pretty remarkable to see these features from the ice shield extent.

Note: The cloud streets, also known as horizontal convective rolls, are long rolls of counter-rotating air that are oriented parallel to the low-level wind. In this case, Arctic cold winds from the ice shield. 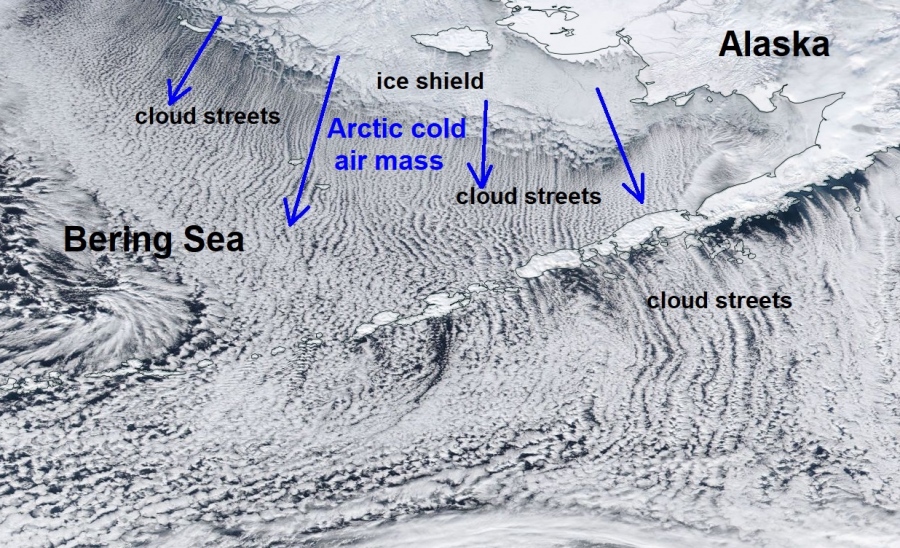 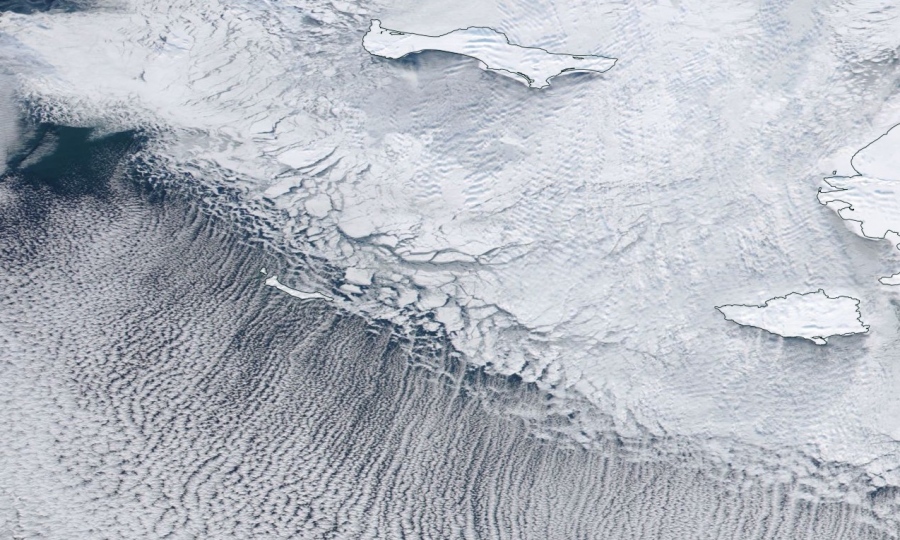 The cyclone’s center will be nearing the Kenai peninsula today, resulting in intense snowstorm across the coastal areas of south and southeast Alaska. A very strong Arctic cold air mass advection will remain spreading in cyclone’s wake across the western half of the system, across the Bering Sea and the Aleutian Islands – another week for extremely negative temperature anomaly is expected over the region. 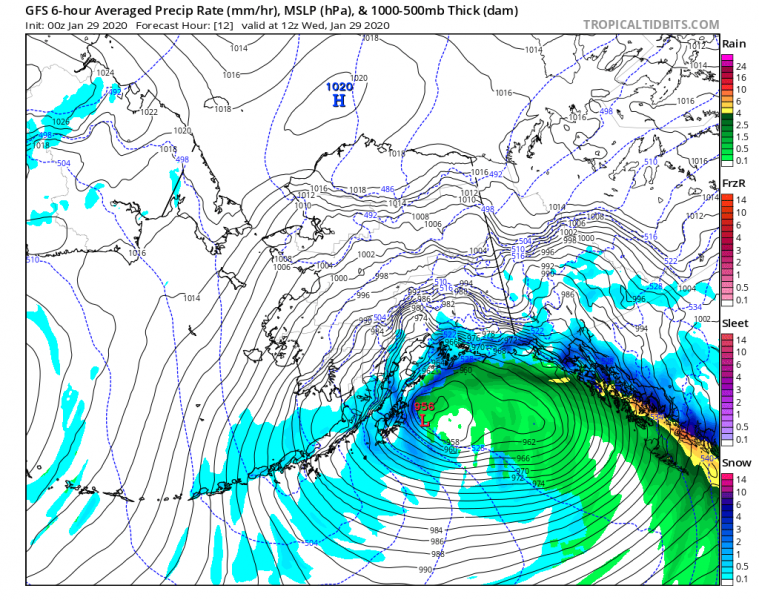 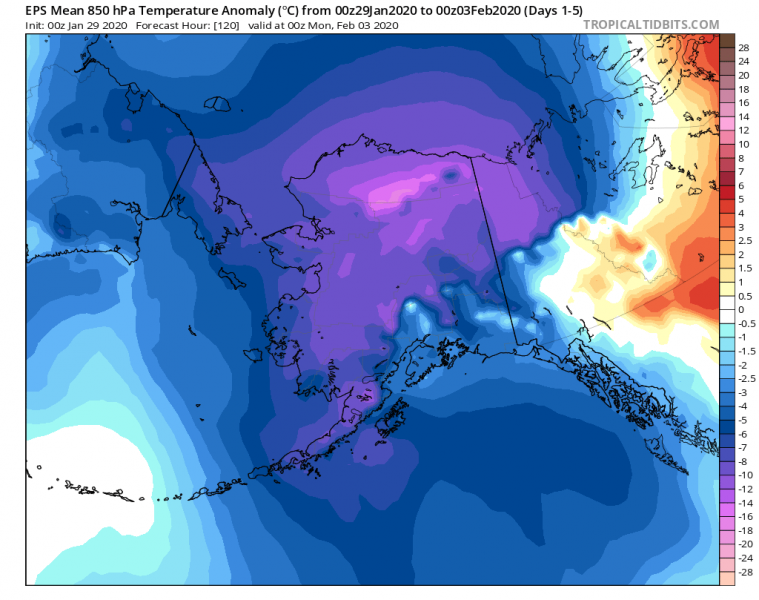