Two months ago, we talked about the polar vortex and its influence on the troposphere. Right now, the “Sudden Stratospheric Warming” – a large scale process – is underway and it might have important implications for the rest of the winter.

As it can be seen in the graphic the stratosphere over the Arctic region is undergoing a strong warming event. The mid-stratosphere temperature over the pole is more than 65 °C warmer than in a normally strong polar vortex situation. This helps to weaken the polar vortex and can even cause it to break down into two or more smaller vortices. 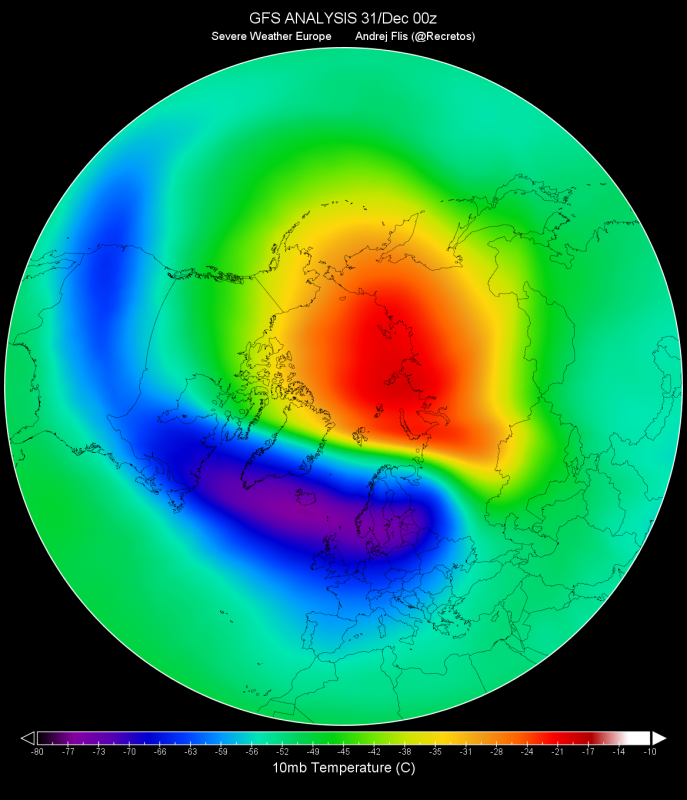 GFS temperature analysis of the mid-stratosphere at 10 mb. Graphic by Andrej Flis.

We can see the vortex collapse better when we look at the geopotential height forecast. The strong ridging over the pole in combination with the warming will be strong enough to break down (split) the polar vortex in half, with the stronger half remaining over the European sector and the smaller vortex over North America. 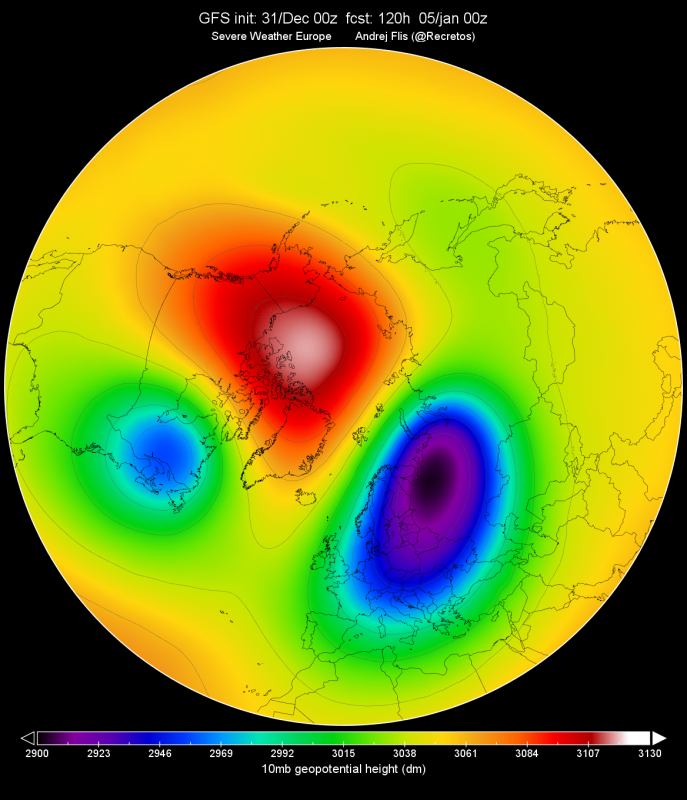 Here is the latest GFS animation of 10 mbar temperature anomaly across the northern hemisphere – we can perfectly see the SSW event and the vortex split with two upper lows pushed into Europe and North America:

“Sudden Stratospheric Warming” underway now – could have important implications for the rest of the winter. Its effect will likely be seen is about 2-3 weeks from now – potential for a significant winter weather is increasing. @wxcharts 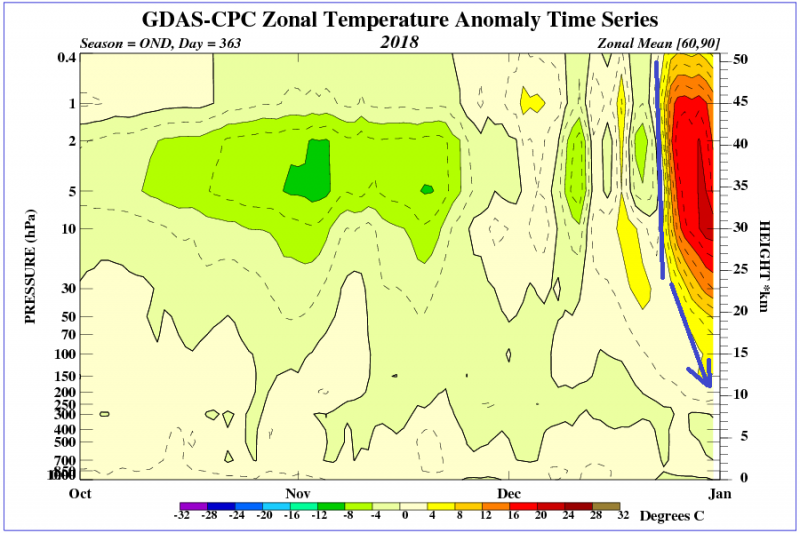 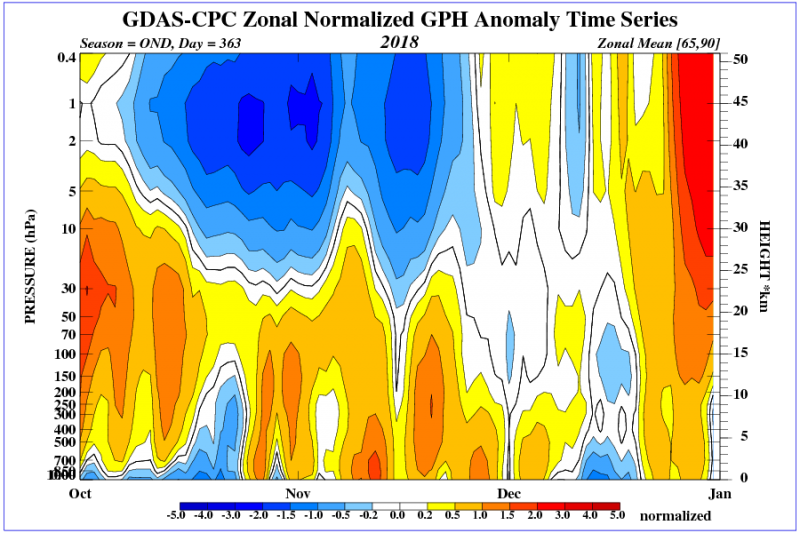 The onset of the event is also seen as a fast temperature increase in mid-stratosphere, which is where the name “sudden” comes from. 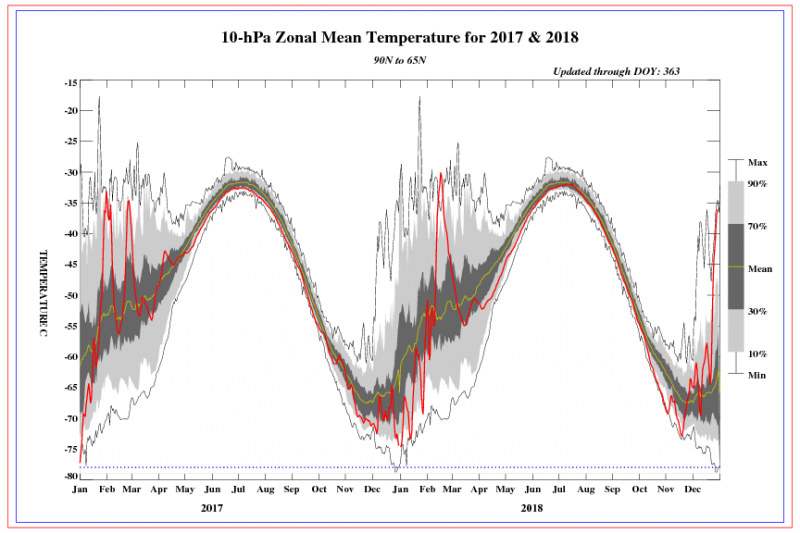 10mb temperature over time analysis, for the north pole. Map by NOAA/CPC.

Not every stratospheric warming event is the same, and each case has its own specific development and integration into the troposphere. In the present time, it is still not clear how the situation will develop locally. The best way to monitor the SSW impact is with ensemble forecasts.

A SSW event usually has the strongest impact over the north pole. Higher pressure can be expected to build over and around the Arctic region, which enables colder arctic airmass to advect far south into the mid-latitudes. Currently, GEFS is simulating a more classic SSW-response, by creating this higher pressure over the Arctic region and bringing colder airmass into Europe and eastern parts of North America. Looking at the stratospheric geopotential height chart on the top of the post, this is happening where the two separate polar vortices will move when the main poler vortex breaks down. 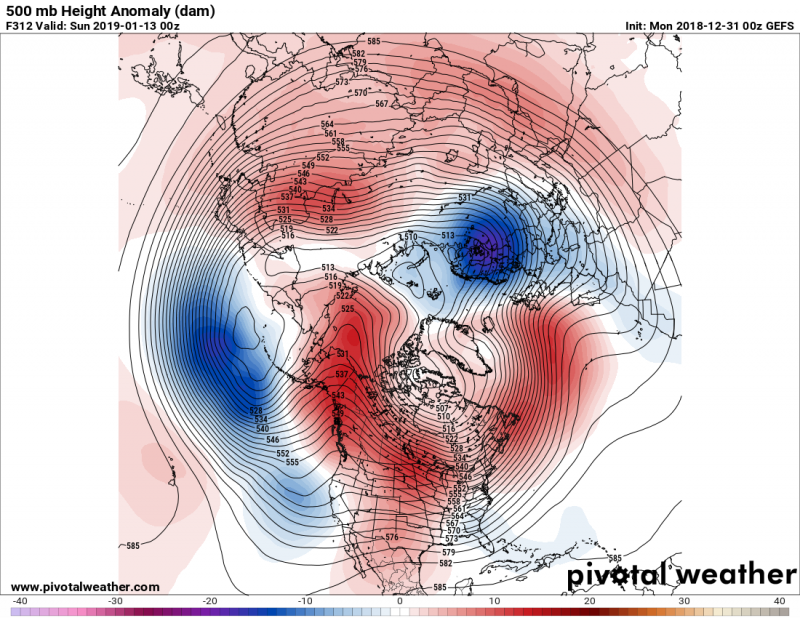 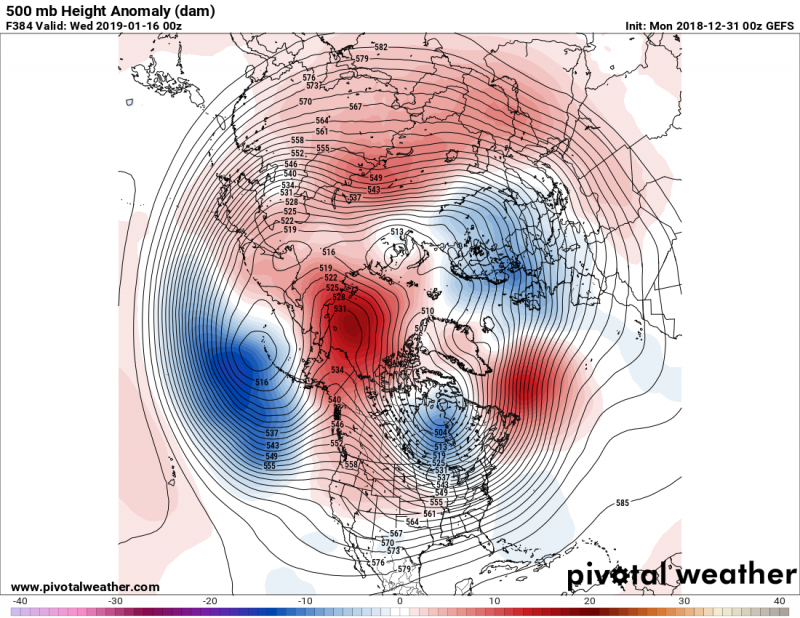 A more detailed overview of the effect across the North American continent below: 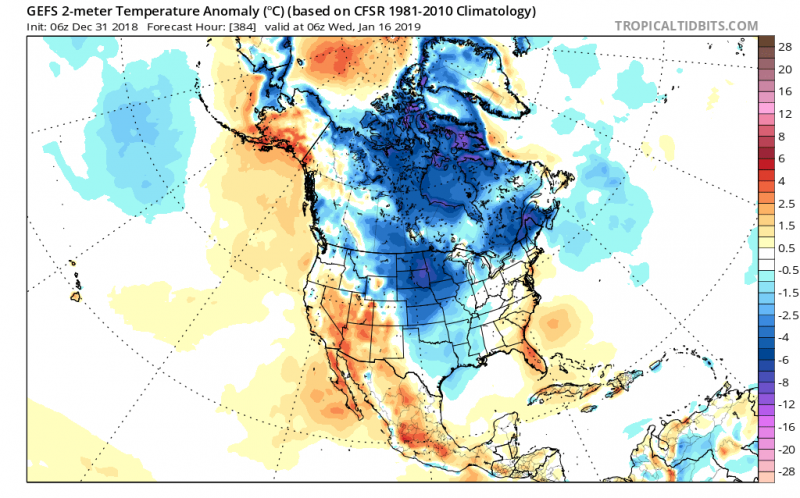 2m temperature anomaly across the North America, map by Tropicaltidbits.com

The development that the GEFS is currently suggesting is something that we typically see from strong SSW events. It takes time for the stratospheric dynamics to translate down to the ground (troposphere).

We can expect to see colder air move into Europe in the next 2-3 weeks, with more proper winter weather and even snow for eastern and central Europe, that could continue into February.