Every year the Atlantic ocean undergoes many changes in surface  temperatures, both up and down! We decided to do a high-resolution animation of these yearly changes. Data for this project was from the MERCATOR Ocean service, via Copernicus EU project. The animation can be find below.

Of notice is the cooler trail left behind by strong tropical systems. One example is hurricane Dorian, which caused huge devastation in the Bahamas. Its trail can be seen in the first das of September. Below is a temperature analysis for September 4th, when Dorian moved out of the Bahamas, leaving behind a trail of noticeably cooler waters. Also added is the 10-day temperature change, showing the extent of cooler waters after the passing of hurricane Dorian. 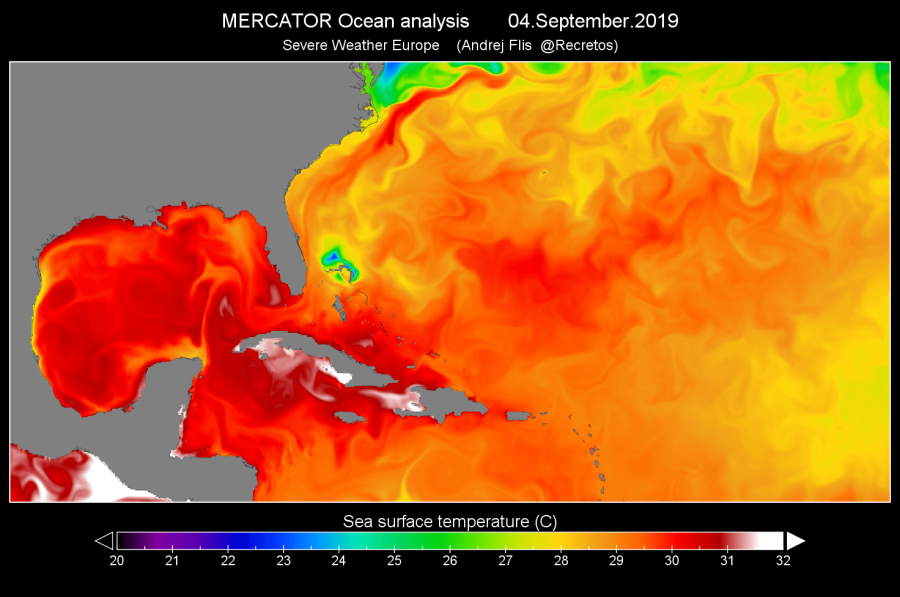 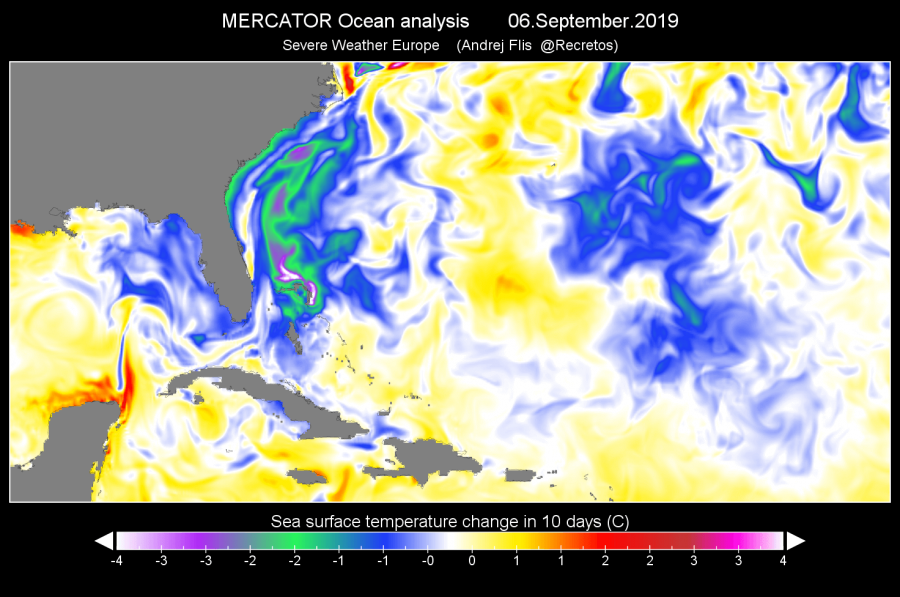 Another tropical system leaving a trail in the east Atlantic was hurricane Lorenzo. It came off the coast of Africa as a strong tropical wave. Lorenzo intensified quickly into a hurricane and reached category 5 strength as it was moving north. It left behind a trail of cooler waters, seen on two images below, especially on the temperature change graphic. We can see the trail starting at Cape Verde, going west and then turning north and towards the Azores. 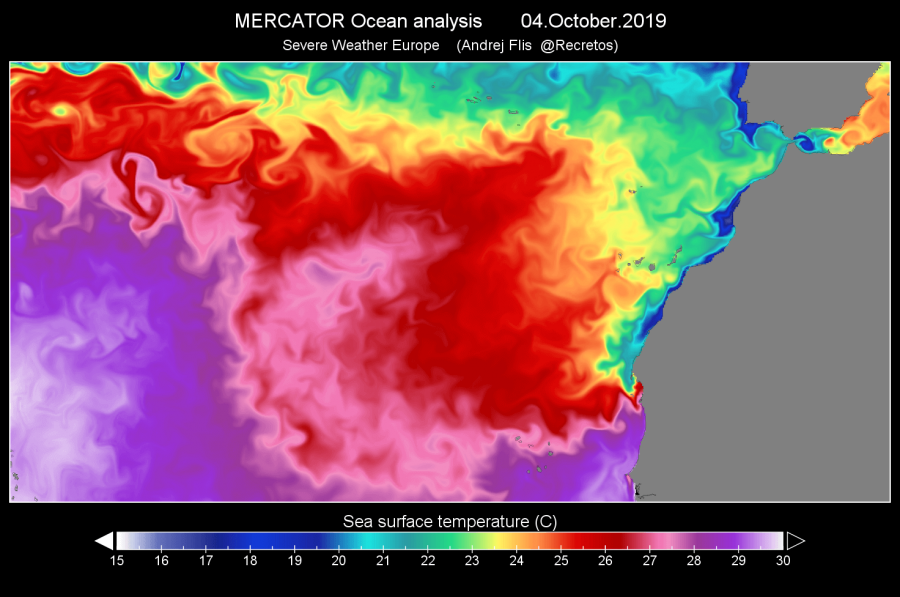 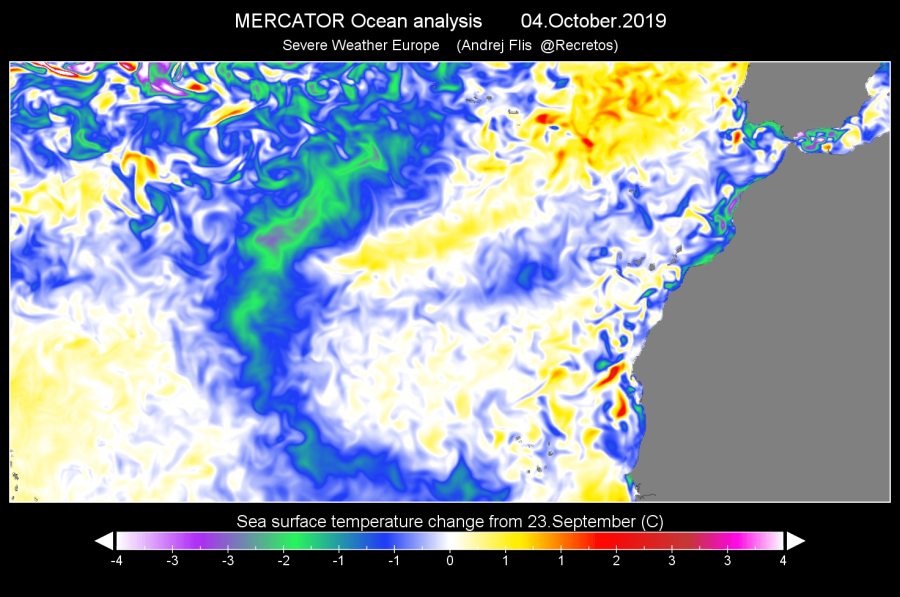 Also noticed in the animation are fast waves of warming and cooling water, especially in the North Atlantic. Those are mainly the changes from the passing of low-pressure systems, with cold fronts. Most noticeable are warmings, as the strong south winds pull warmer air and water from south up towards Europe as it passes the Atlantic ocean. The first graphic shows the low-pressure system in the North Atlantic on June 1st. The second graphic shows the temperature change after the passing of this system, as it pulled warmer air from the south towards Europe. 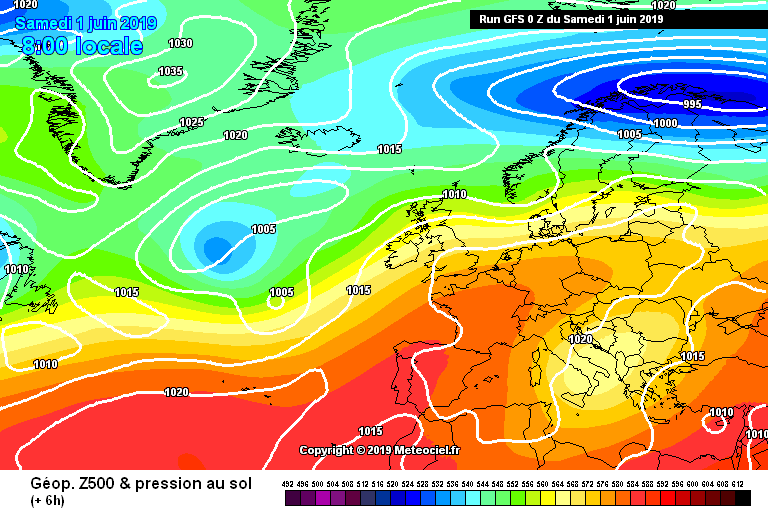 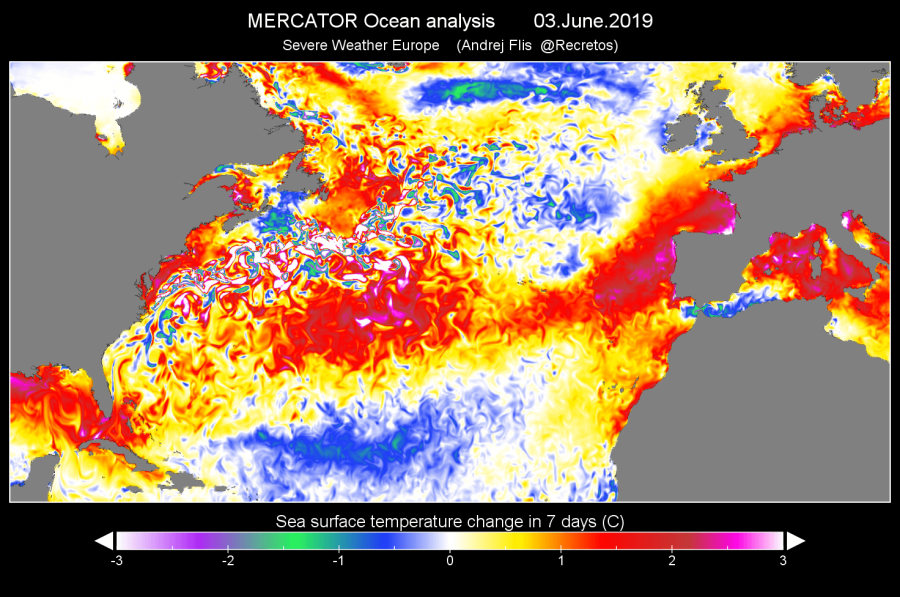 You can see the warm Gulf stream flowing along the east coast of the United States, and then slowly turning east towards Europe. It meets the cold Labrador current coming down from the north. We recommend watching in full screen and in 1080 HD quality. There are many dynamics that are constantly ongoing in the Atlantic ocean. Some can only be revealed when looking in high resolution and when looking at many consecutive days. What are other “anomalies” and dynamics that you notice in the video? Let us know in the comments under the video!

We will keep you updated on any important further development regarding the changes in global ocean temperatures and currents. While you wait for more updates, make sure to check out the latest ongoing drought emergency in Australia: