A potentially dangerous tropical wave – Invest #98P – acting as a monsoon-like upper trough with an associated surface low over the tropics, is generating widespread rain and storms across northern Australia. The system is centered near 18.0 S / 140.5 E, over the coast of Gulf of Carpentaria, with banding convection to the east, over the Cape York peninsula. The maximum sustained winds are estimated at around 20 knots with a minimum central pressure around 1002 mbar. Invest #98P will stay near the Gulf for another day, then start drifting south towards inland central Australia and produce huge amount of rainfall with enhanced flooding threat. 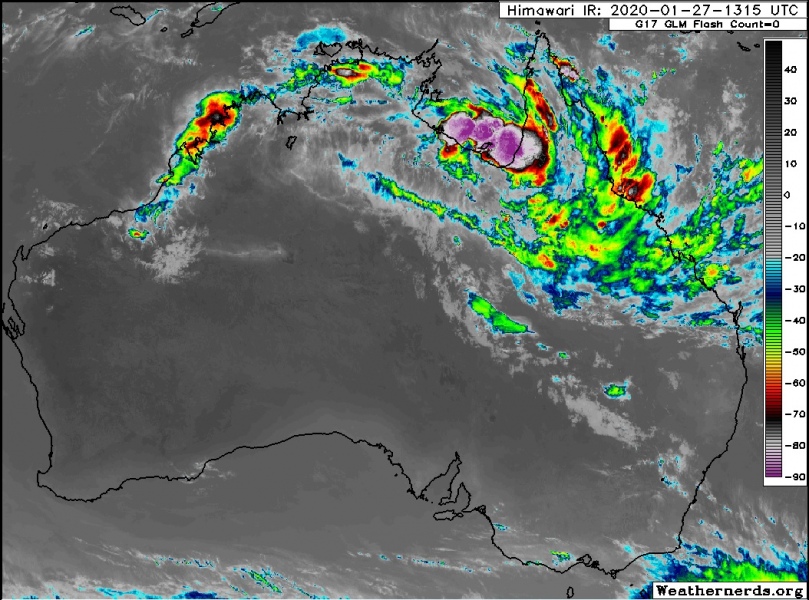 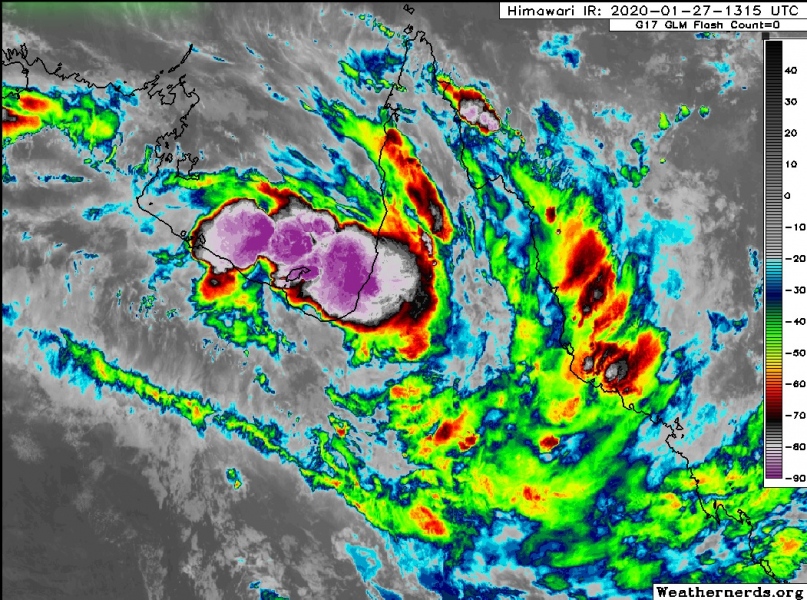 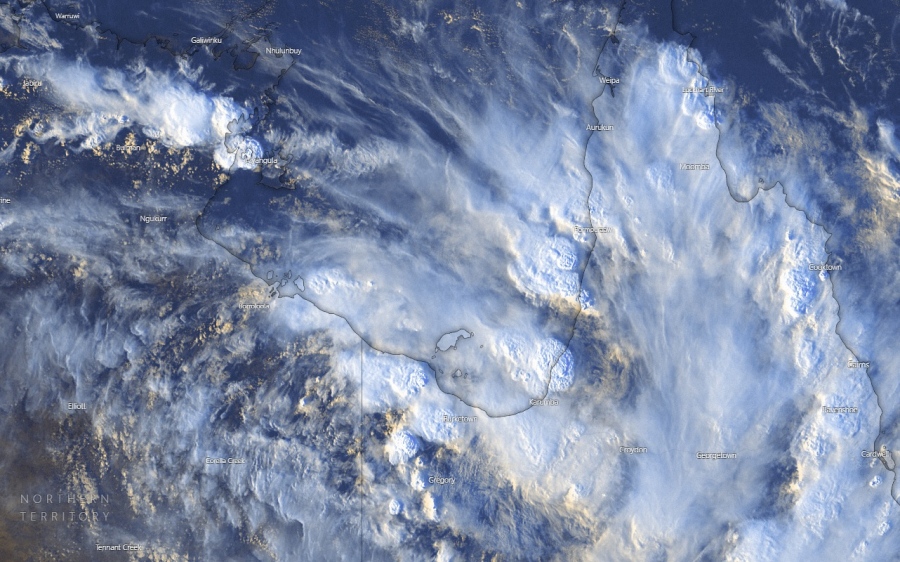 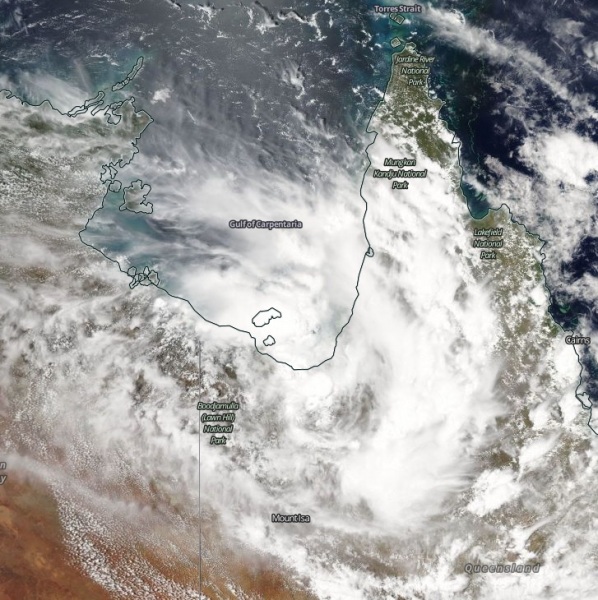 GFS and ECMWF models are in good agreement that Invest #98P will likely remain along the coastline of the Gulf for another day or so, then the activity will start moving south with just slight overall intensification of the system across central Australia. 98P will be moving across NW Queensland then ESE Northern Territory into South Australia states. However, the intensification potential is highly dependent on how long the system remains over the Gulf of Carpentaria, where storms are fueling from the very warm ~31-32 °C sea waters. 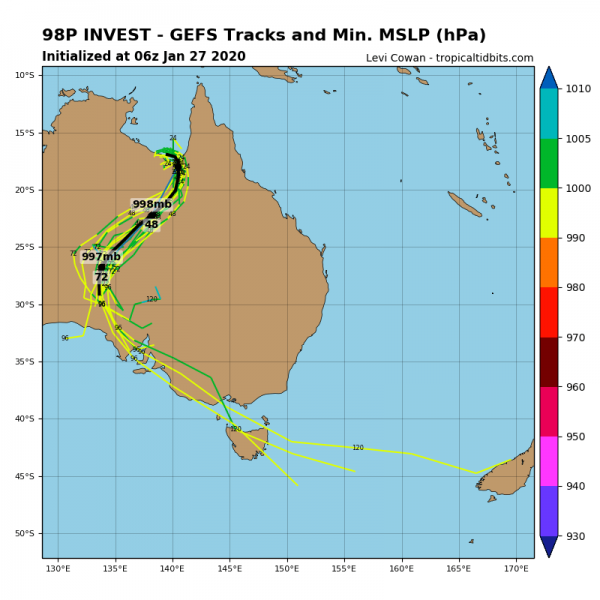 Models are in fairly good agreement of a very high amount of rainfall, possibly 200-300 mm (or even more locally) in total until Friday morning across the north-northwest part of Queensland state, along the Gulf of Carpentaria and the southwest part of the Cape York peninsula. 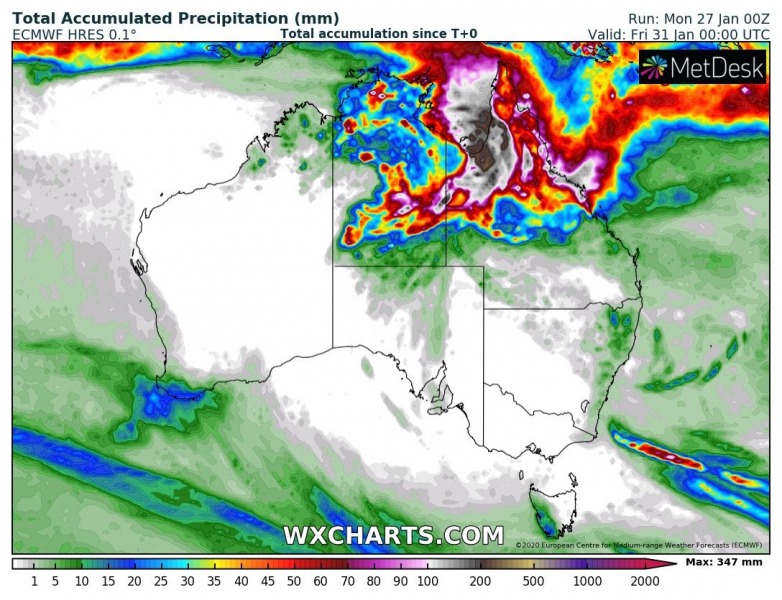 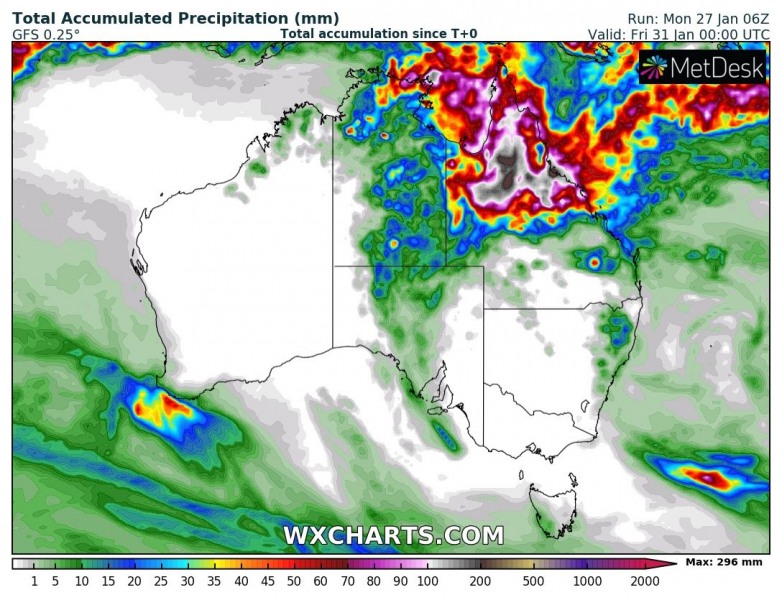 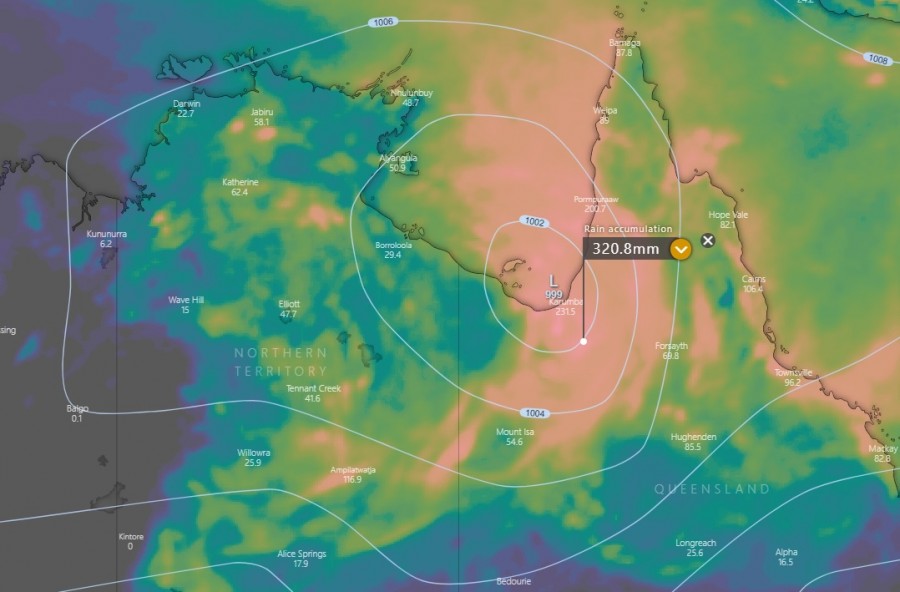 Thunderstorms activity map and radar scans indicate storms are well-organized, into the bands from the Gulf of Carpentaria into the Cape York peninsula. These should produce intense and torrential rainfall, giving even more rainfall locally. And indeed significantly enhance flooding. 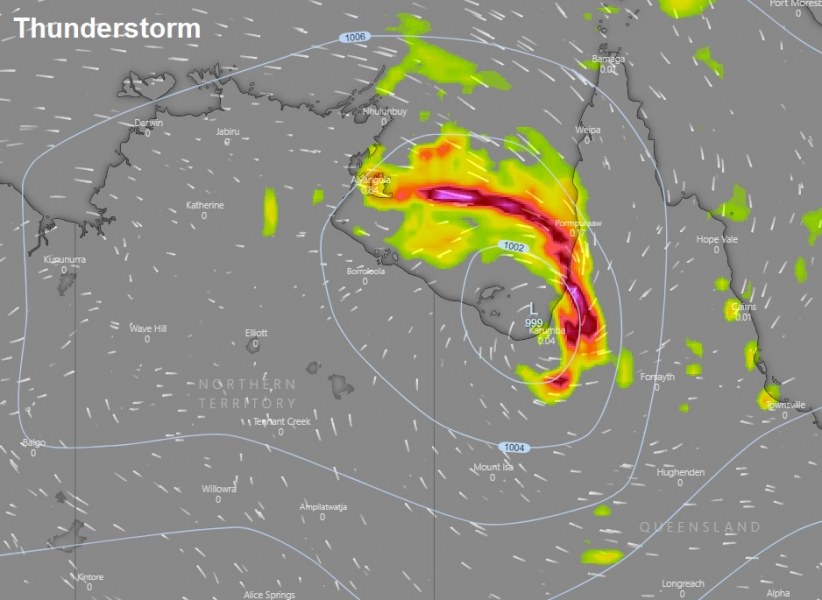 Accumulated wind gusts map reveals the potential swath of severe winds across the NW Queensland into ESE Northern Territory states, locally in excess of 100 km/h. Indeed it all depends on how strong the system will become once it ejects from the Gulf of Carpentaria. 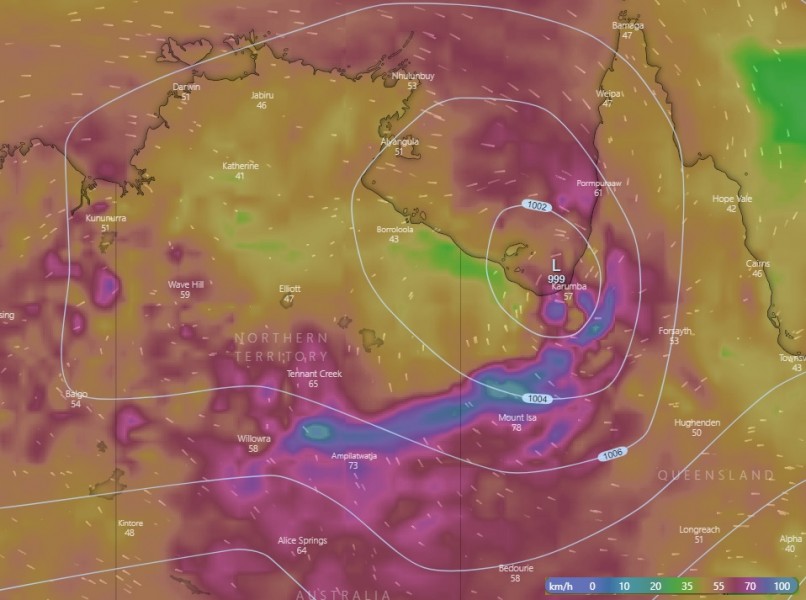 Stay alert for dangerous flooding threat which could become significant in some areas across northwest parts of Queensland state! We will keep you updated.

Stratospheric warming UPDATE* The warming phase is about to start this week. It will compress the Polar Vortex, reduce the core power and disconnect it from the troposphere:

And brutal cold over Siberia, almost down to -60 °C in the past days:

*BRUTAL* cold in Yakutia, Russia in the past days – several stations reported 55-57 °C below zero!