As we discussed yesterday, the current pattern over the North Atlantic and European continent is supporting blocking ridge over Europe but very deep trough across the North Atlantic. The associated surface low / extra-tropical low is more or less covering the whole North Atlantic, resulting in widespread windstorms and indeed some spectacular satellite presentation – even more impressive today! The system will slowly drift towards the southeast and bring colder weather, severe winds and high waves into western Europe in the coming days.

The cyclone is dominating the whole North Atlantic now. With central pressure between 955 and 960 mbar, it’s center is just west of Iceland. However, several vortices are even more pronounced today as they were yesterday, likely 3-5 of them are visible (refer to the satellite imagery as well). The strongest pressure gradient remains across the strait between Iceland and Greenland but is also increasing to the south and southwest of the low, meaning winds are strengthening there and spreading towards western Europe as well. 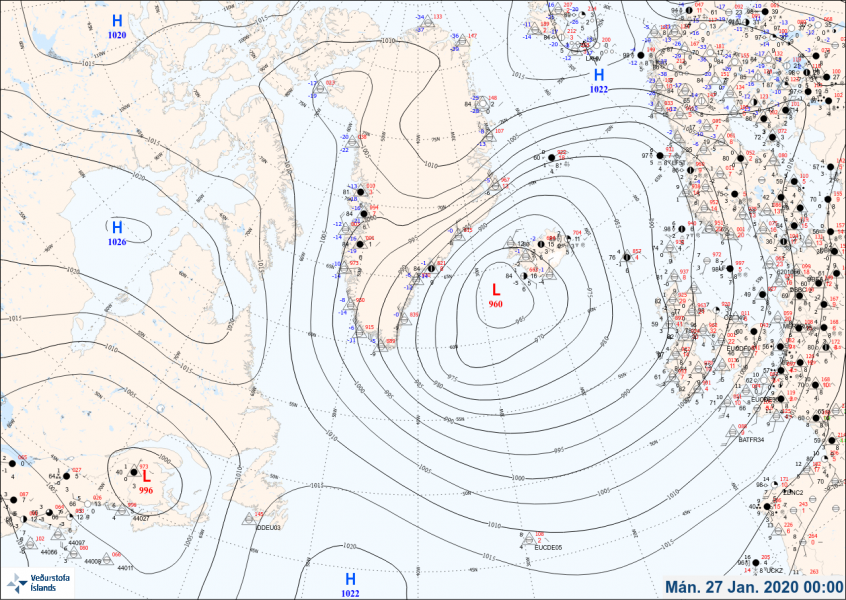 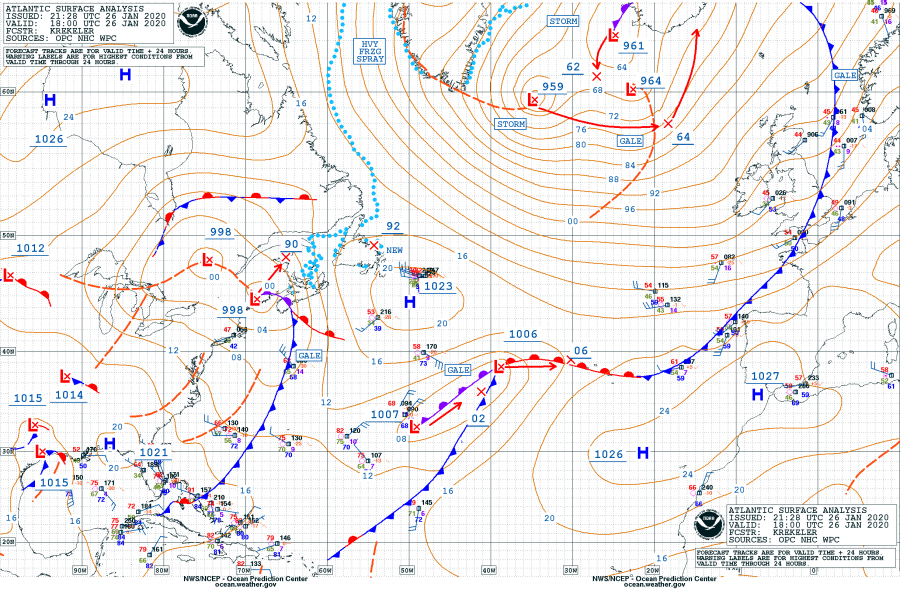 The system is very large compared to Europe, covering a large area, around 2 thirds of our continent. The main cold front is already moving across the North Sea and Benelux, passed over the UK today’s afternoon and continues towards east. Several waves/vortices embedded in this large circulation are well visible. That’s a pretty remarkable sight! 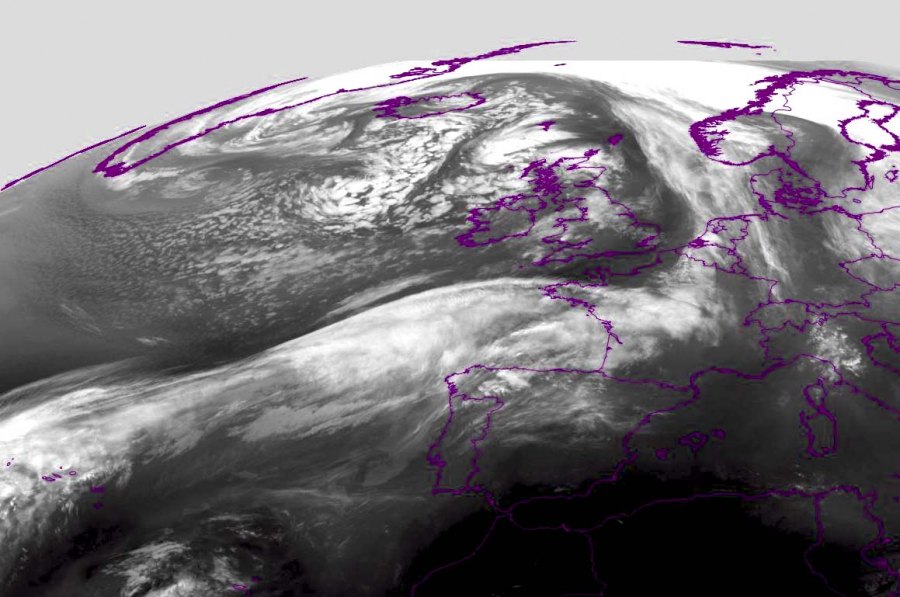 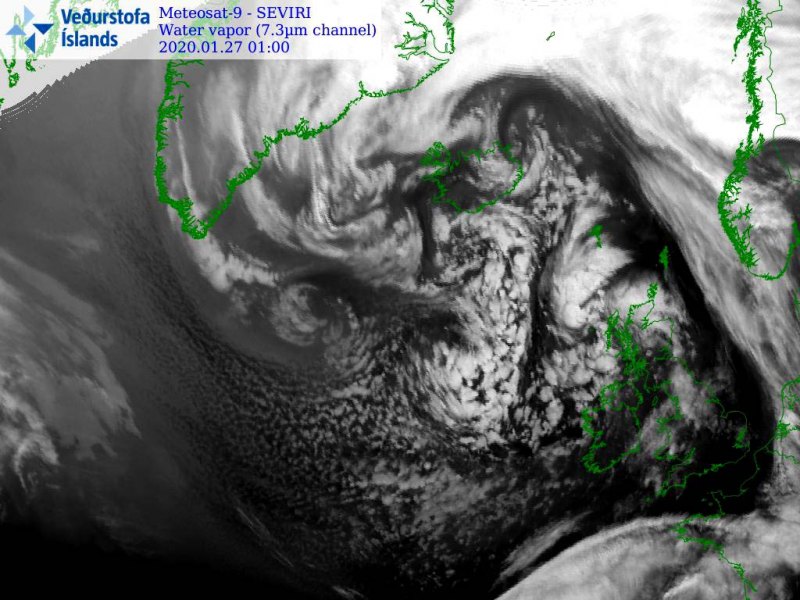 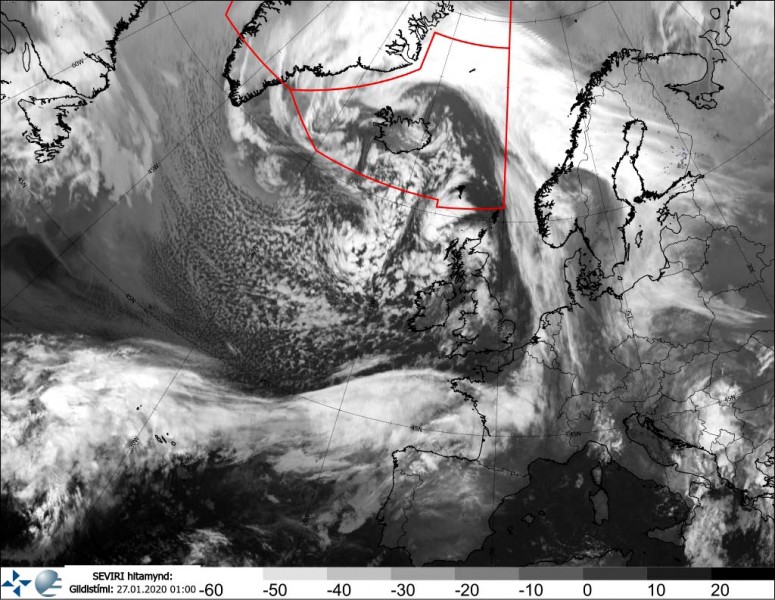 Here are some close-up / zoomed-in views of the cyclone’s core – perfectly visible embedded vortices. And a huge Arctic cold air mass advection in the cyclone’s wake, all the way from Arctic eastern Canada across the Labrador Sea into the North Atlantic. It is delivering cold weather and locally snow into western Europe as well: 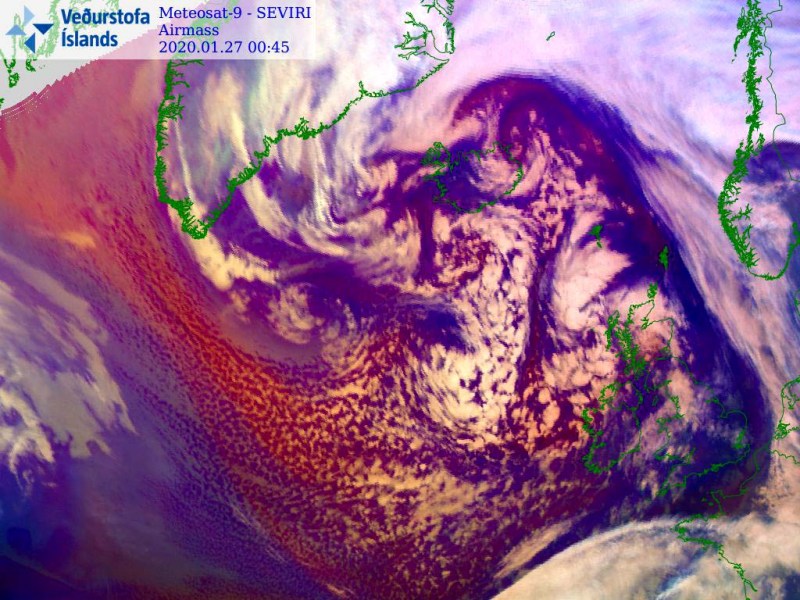 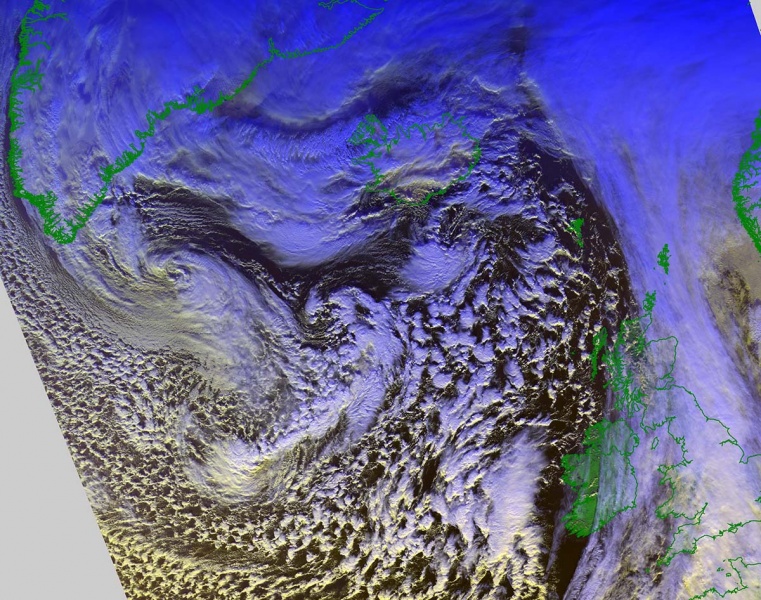 Peak wind gusts accumulation swath until Wednesday – we can see once the cyclone’s center begins drifting southeast (Monday into Tuesday), the stronger pressure gradient south of the center develops widespread windstorm. An associated high swell is also expected, gradually moving towards Ireland, Scotland and the Bay of Biscay (France). It should deliver severe winds and high waves into the coastal areas. 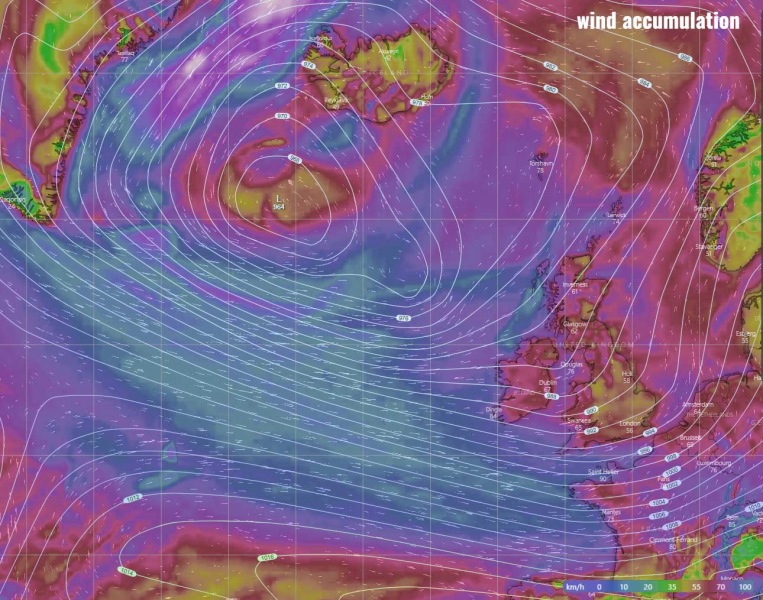 Another interesting feature is also a remarkable cold advection over the Labrador Sea, pushing Arctic cold air mass from the ice shield into the sea and resulting in convective cloud streets a hundred kilometers away towards the North Atlantic. Notice the amount of the sea ice off the Canadian land. 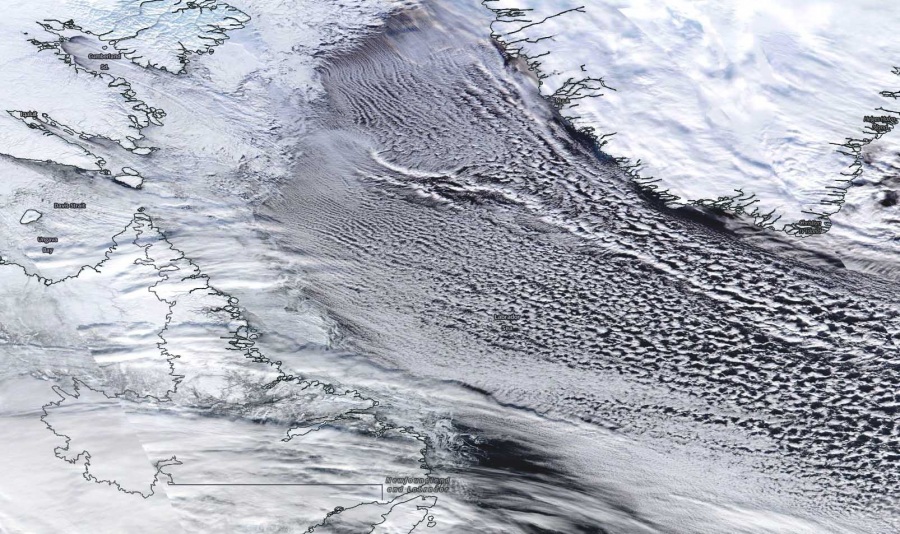 See also – *Stratospheric warming UPDATE* The warming phase is about to start this week. It will compress the Polar Vortex, reduce the core power and disconnect it from the troposphere: