As we discussed earlier on the developing tropical cyclone #92S near Western Australia, there is another system in the tropics – a Tropical Cyclone Francisco (#13S). It is located far east of Madagascar and Mauritius over the open waters of South Indian Ocean and likely near its peak with sustained winds of around 40 knots and 996 mbar central pressure. It is moving south-southwest and will soon turn west, but should remain rather disorganized until it finally dissipated early next week.

Satellite imagery does show a quite strong deep convection with cloud tops shooting below -80 °C while it has some pretty good equatorial upper-level inflow. However, it does not seem to get any significant strengthening, likely due to a lack of better sea temperatures and some shear affecting it. 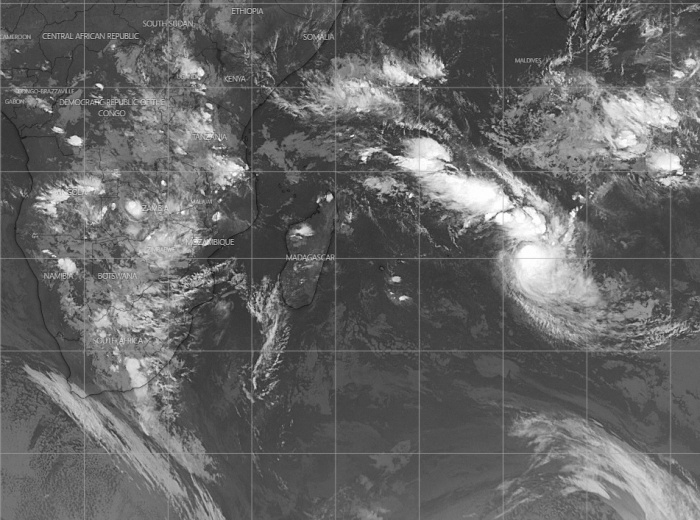 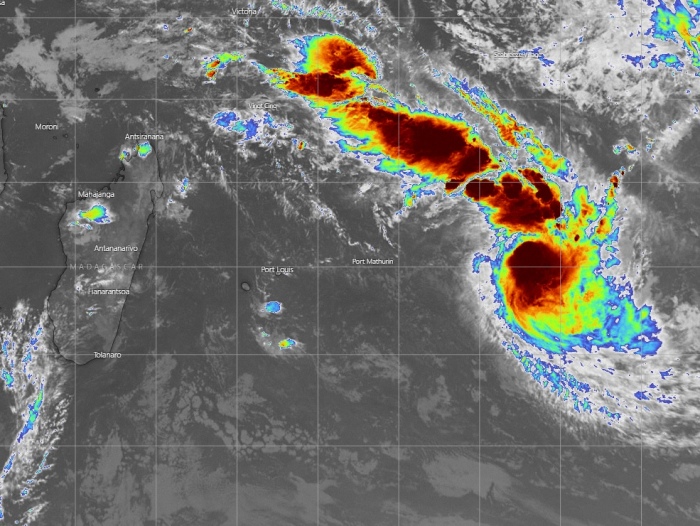 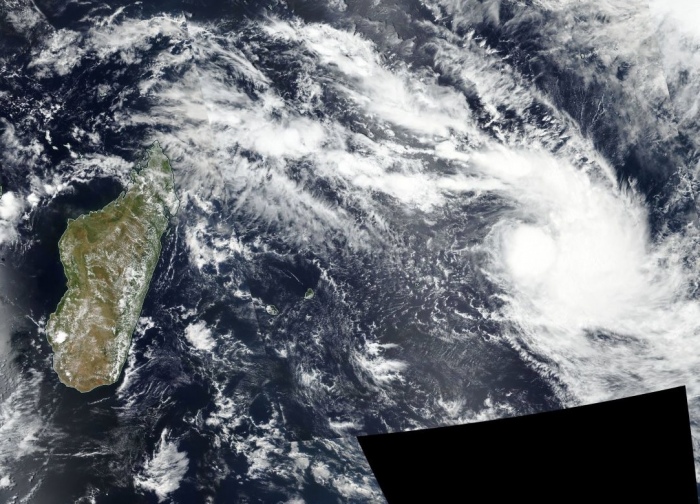 Francisco will be turning sharp west tomorrow and continue weakening while moving towards Madagascar. It seems unlikely it will survive until it reaches the island sometime early next week. 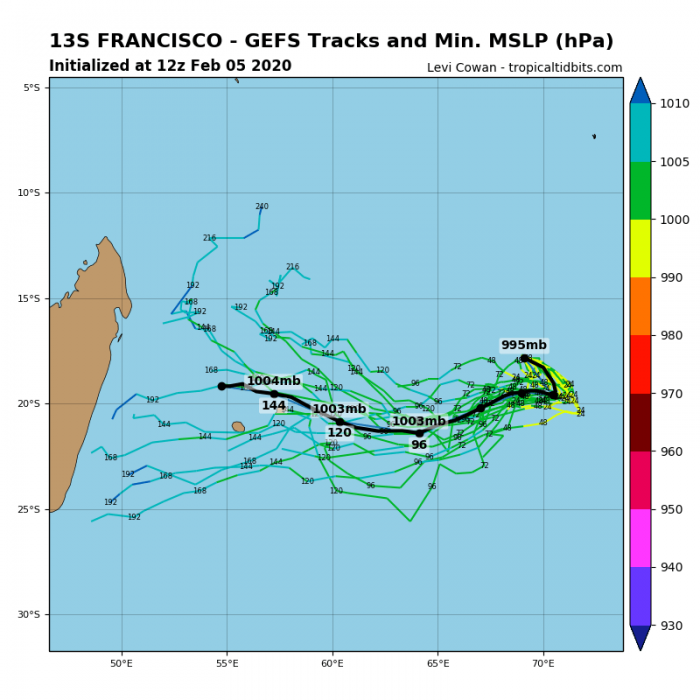 The system also has quite a broad wind field, for now, attached are its future track and wind accumulation. It will weaken with time. Also, huge amounts of rainfall are expected with its deep and persisting convection, however, away from any land areas. 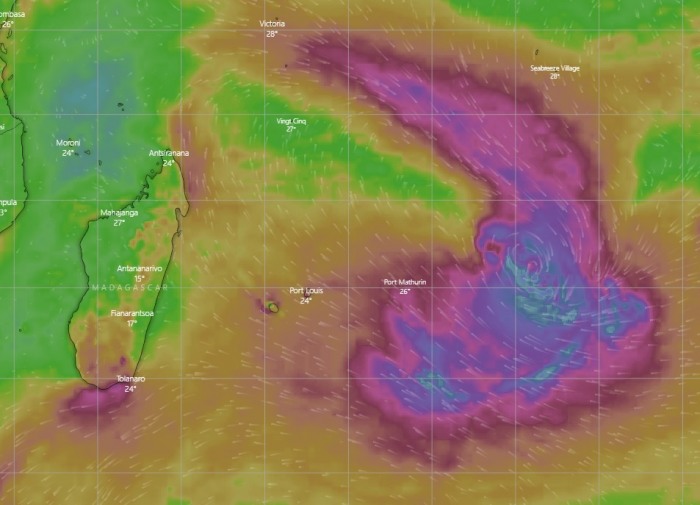 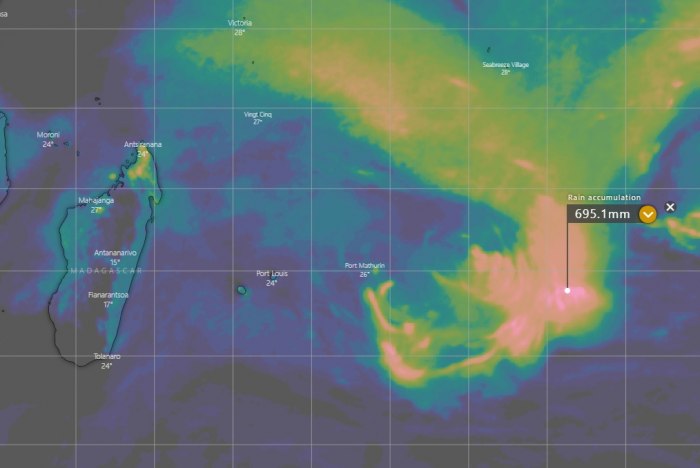 Unless there are any significant changes in Francisco’s intensify expected, this is our only discussion on this tropical system. Meanwhile, follow up the developing tropical cyclone along Western Australia: