Tropical depression 10 has formed and is soon to be upgraded to tropical storm Jerry. It is currently moving west-northwest at about 17 km/h (10 miles/hour), with sustained winds near around 55 km/h (35 miles/hour).

It is expected for this tropical depression to become tropical storm Jerry very soon, and further strengthen into a hurricane on Thursday night or Friday morning, as it moves over gradually warmer water.

Official forecast track takes it further west-northwest, just reaching Leeward Islands when it strengthens into a hurricane. It is too soon to speculate about possible impacts on Leeward Islands, but residents there are advised to regularly check official announcements. 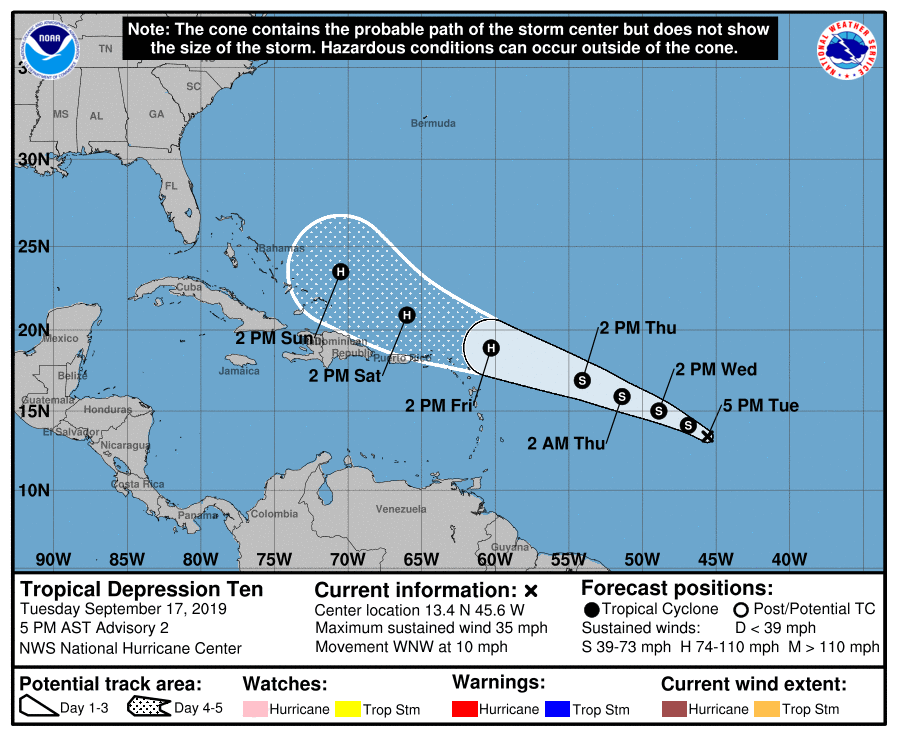 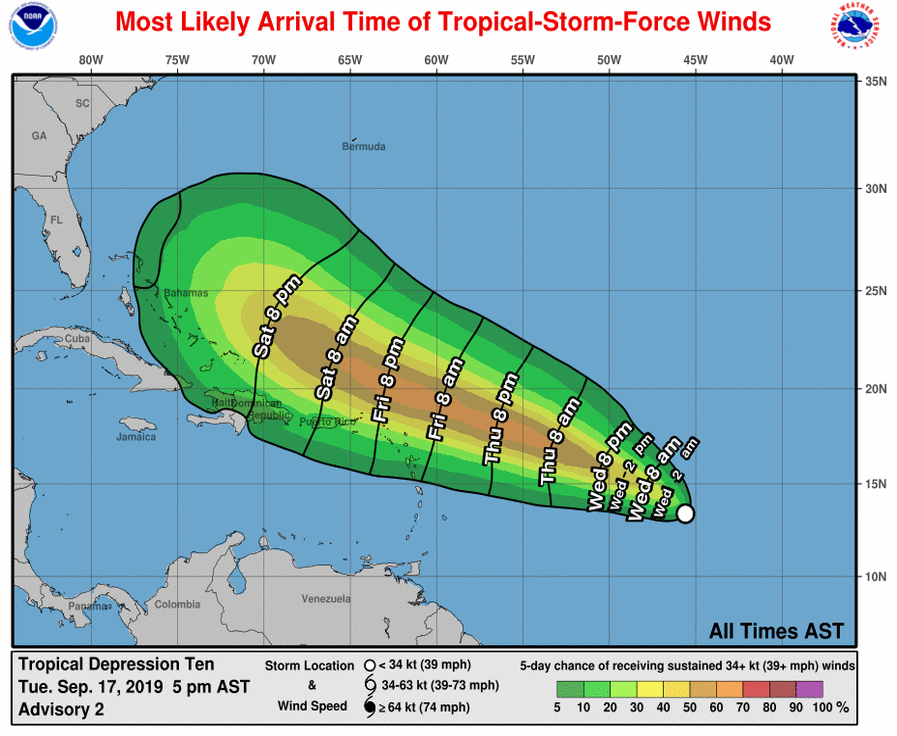 Model forecasts take it west-northwest, but with a high degree of uncertainty about the track and strength. Forecasts will improve, as Jerry organizes and develops further, and becomes better defined. The most pessimistic model forecast takes it directly over the Lesser Antilles, as a major hurricane, but there is currently not much support from other models for such a scenario.  Images by Tropical Tidbits. 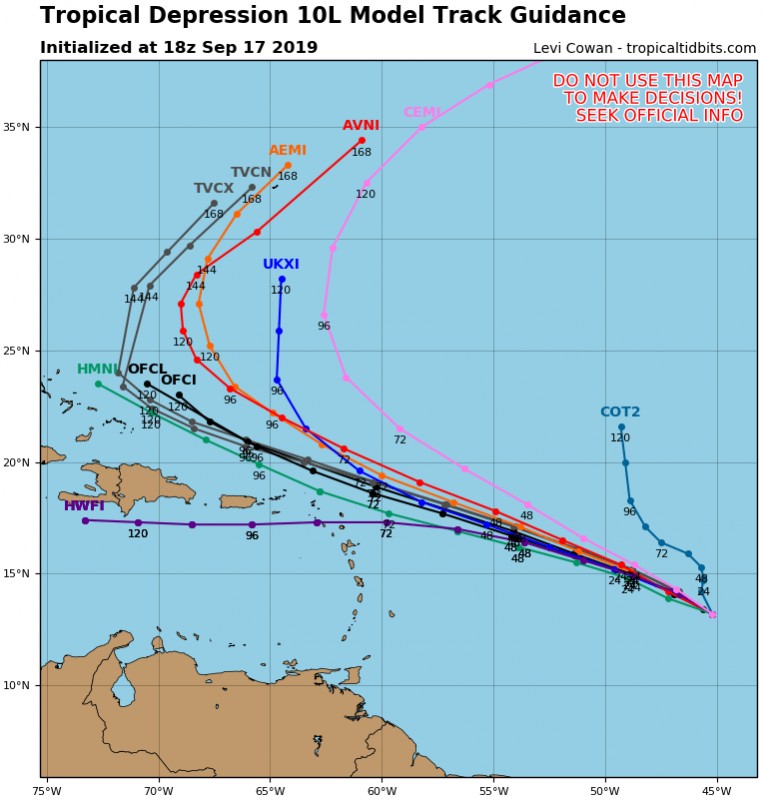 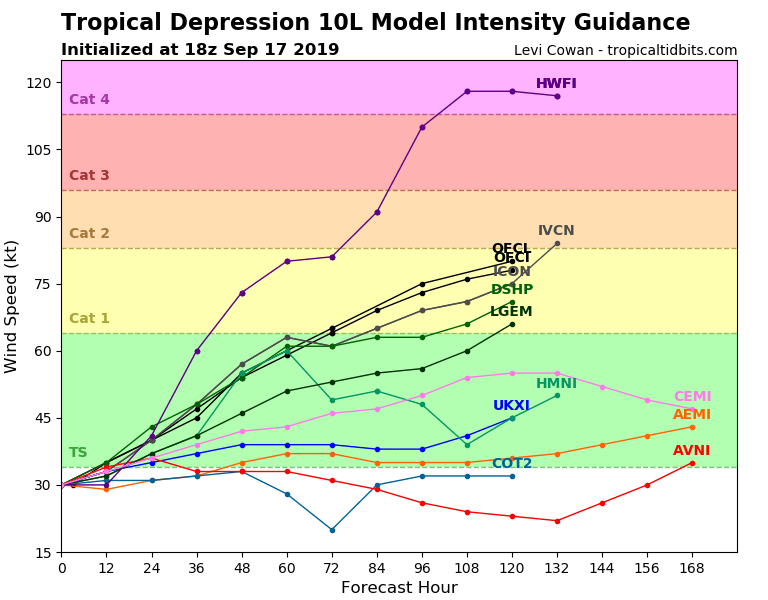 Stay tuned as we monitor the development of tropical storm Jerry!