Tropical storm Imelda has formed in the Gulf of Mexico, and is forecast to move slowly inland, bringing heavy rainfall and flash flooding to parts of eastern Texas.

Tropical storm Imelda is currently moving inland, into Texas and Louisiana. It is bringing sustained winds speeds up to 70 km/h, with gusts up to 90 km/h. But the main threat will be heavy precipitation in the next 3 days. 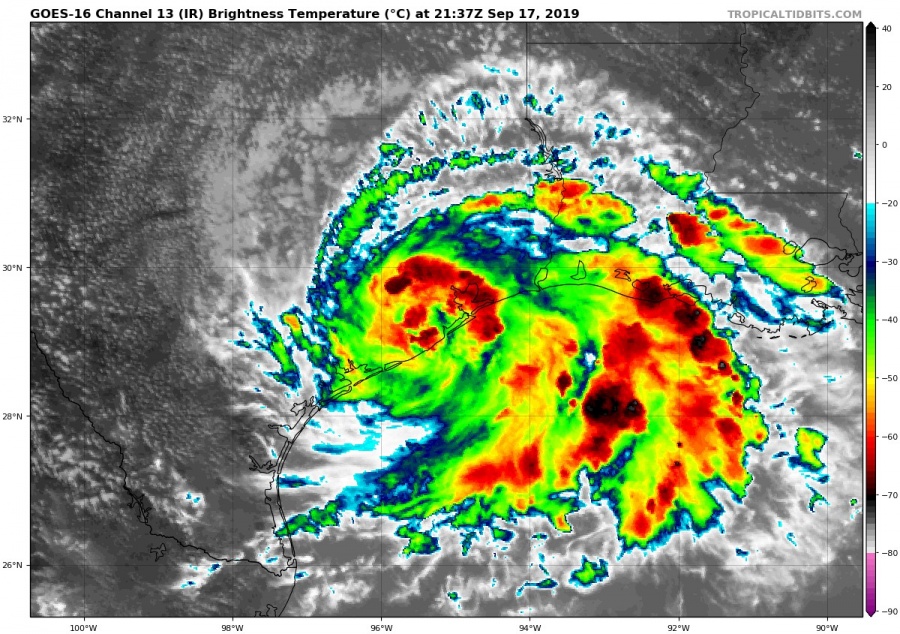 Official warnings are in effect for heavy rainfall. The main problem is slow movement of the storm with a lot of moisture coming from the Gulf of Mexico. 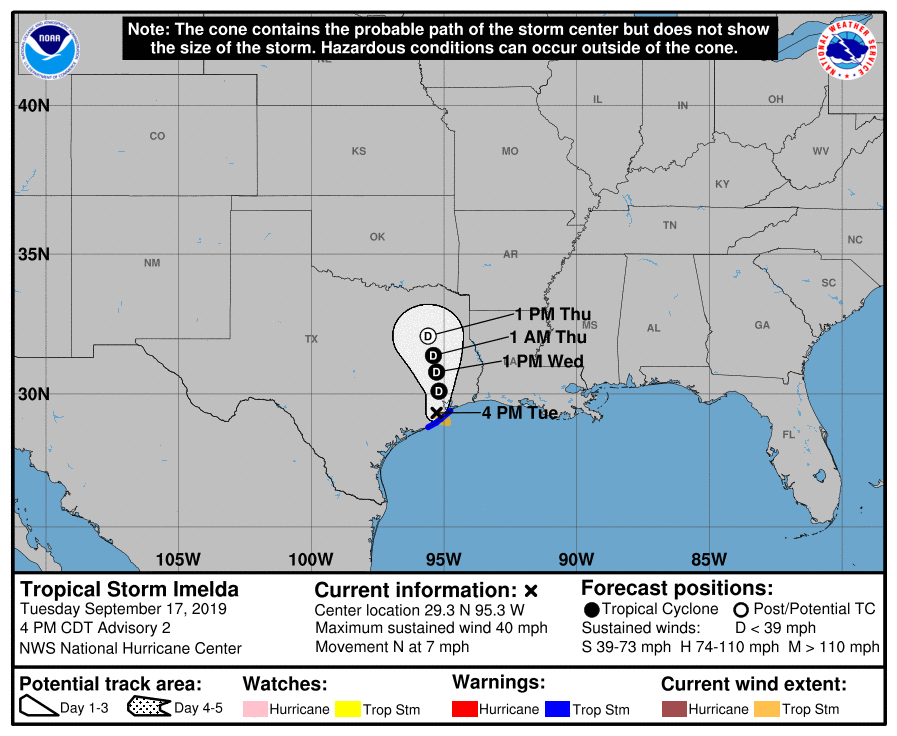 The expected rainfall amounts are from 150 to over 300 liters per square meter, with maximums over 400. Wider area can expect 250+ amounts, including Houston and Galveston areas. Below are two high resolution model forecasts for total rainfall amounts. The scale is in inches. 1 inch is roughly 25 liters per square meter.  Images by Tropical Tidbits. 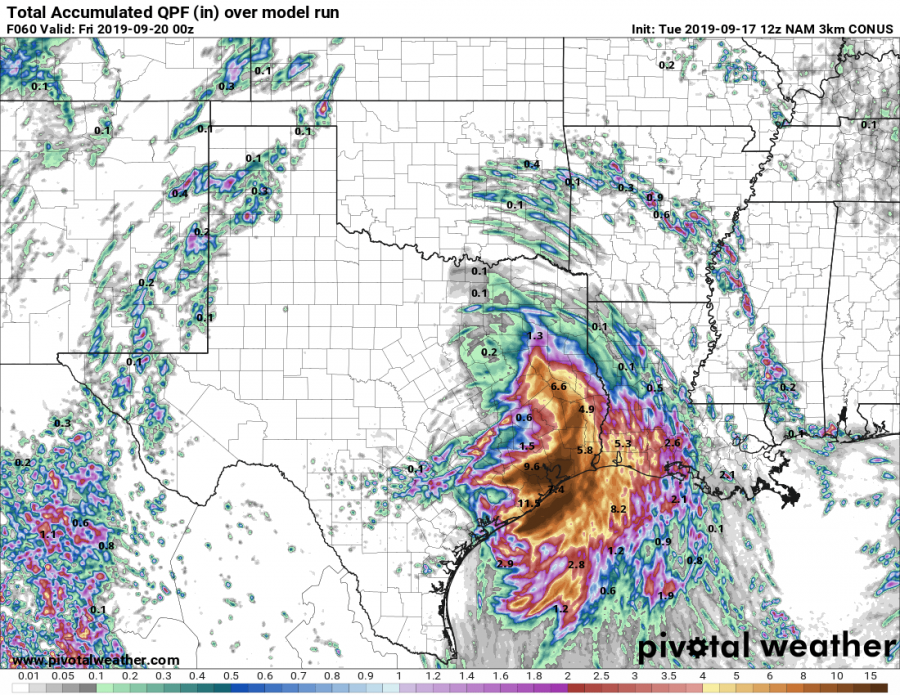 The official advisory from the national hurricane center (NHC):

Stay tuned as we closely monitor this dangerous event!