A very dynamic pattern is shaping up for western and central Europe in the next 5-7 days. A broad area of low pressure establishes over the Atlantic, pushing successive lows towards the British Isles and Ireland. Meanwhile, strong meridional flow establishes over W-CNTRL Europe, with warm air advection pushing temperatures well above average for this period!

A strong ridge is in place over NW Europe right now, centered over the British Isles and Ireland. It will be pushed progressively eastwards towards the end of the week, as a broad upper low forms over the Atlantic. Strong meridional flow establishes between the systems, pushing warm air high into W-CNTRL, N Europe, the Norwegian sea and towards Iceland and Greenland. Meanwhile the cold polar maritime airmass that pushed over much of the Europe in the past few days slowly moves eastwards. 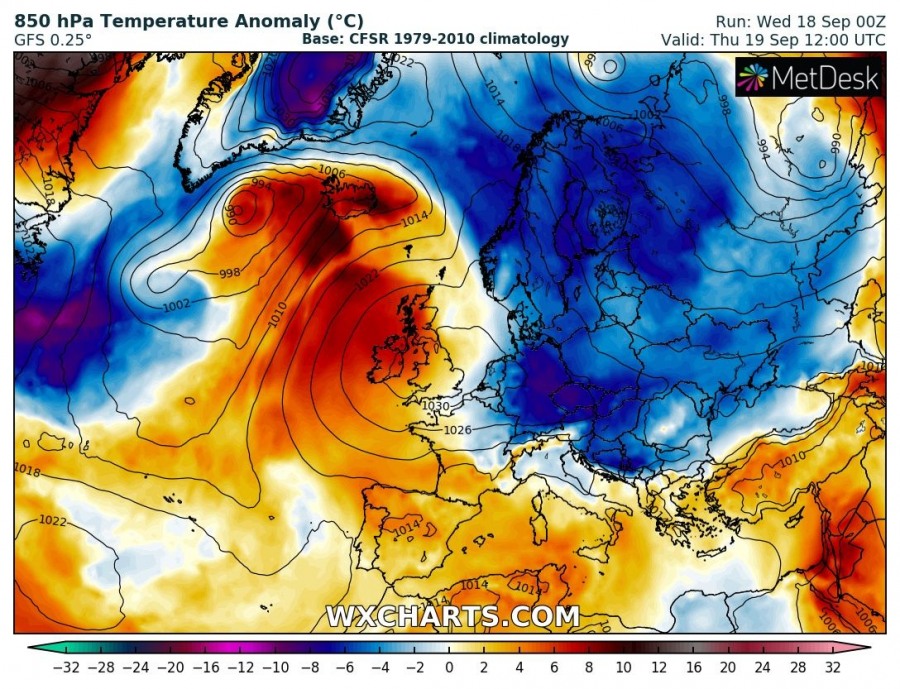 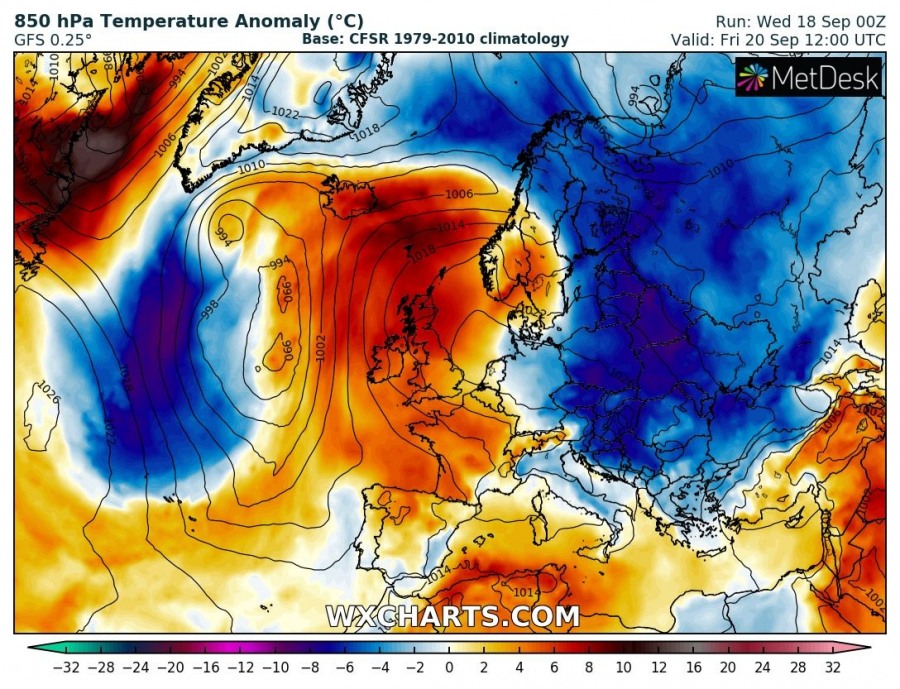 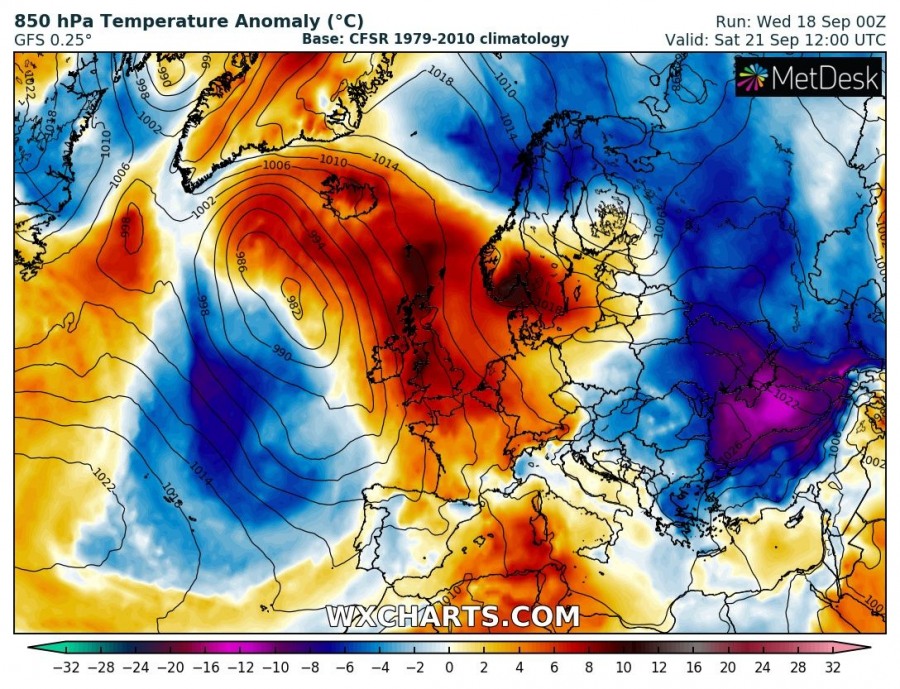 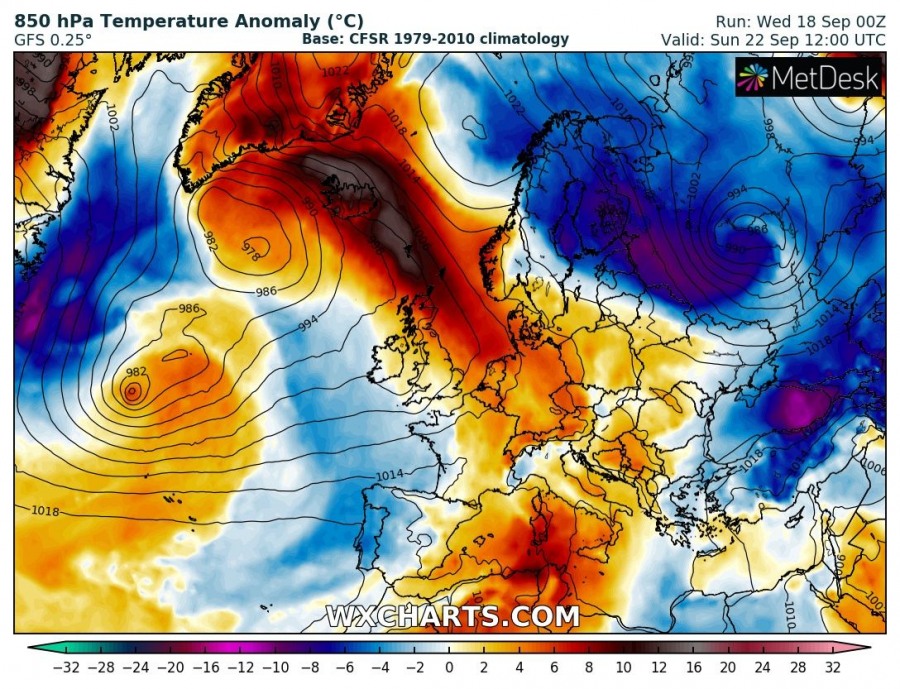 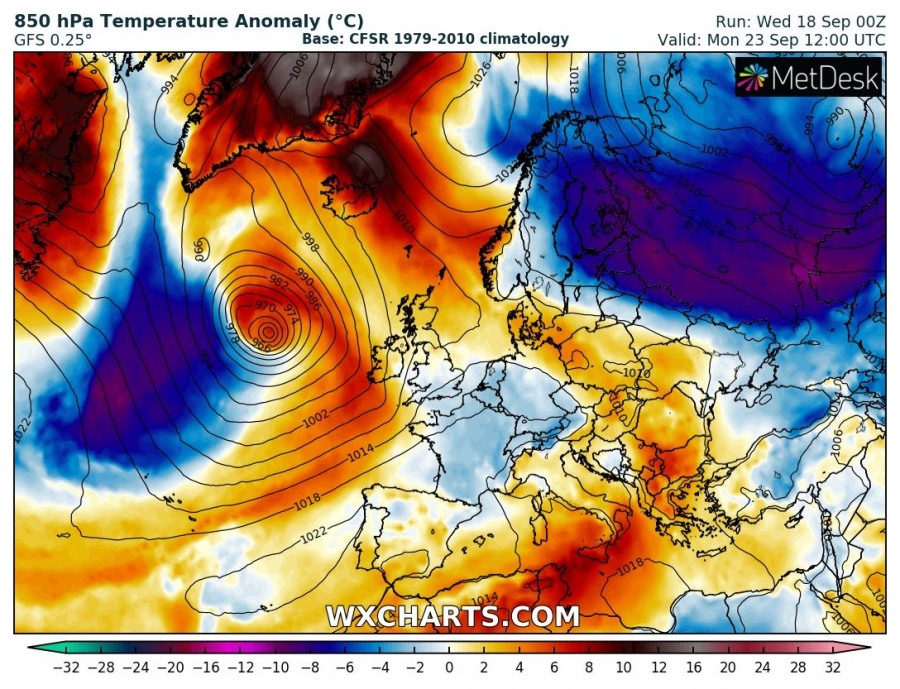 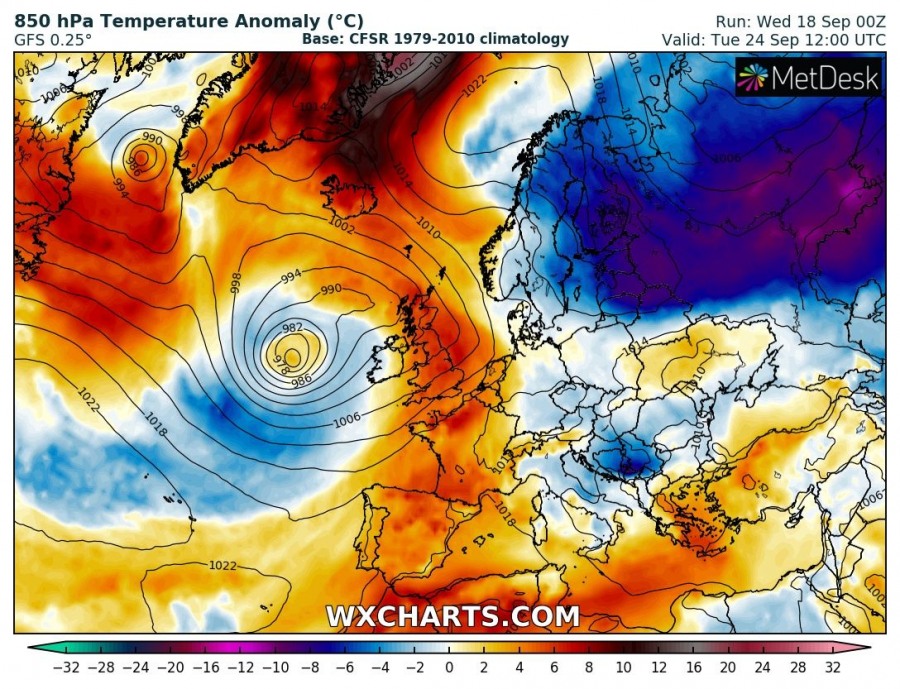 850 mbar level temperatures will be up to 5-10 °C above average across much of western and central Europe for the next 5-7 days. A cutoff low is likely to be ejected across the region late this weekend and at the beginning of the next week, for an intermittent cooling. 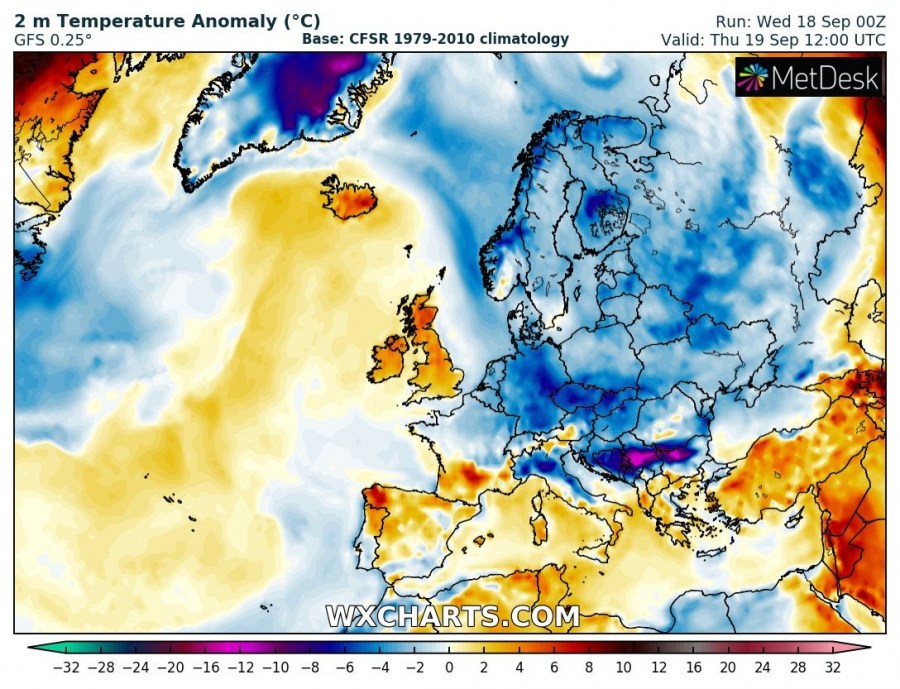 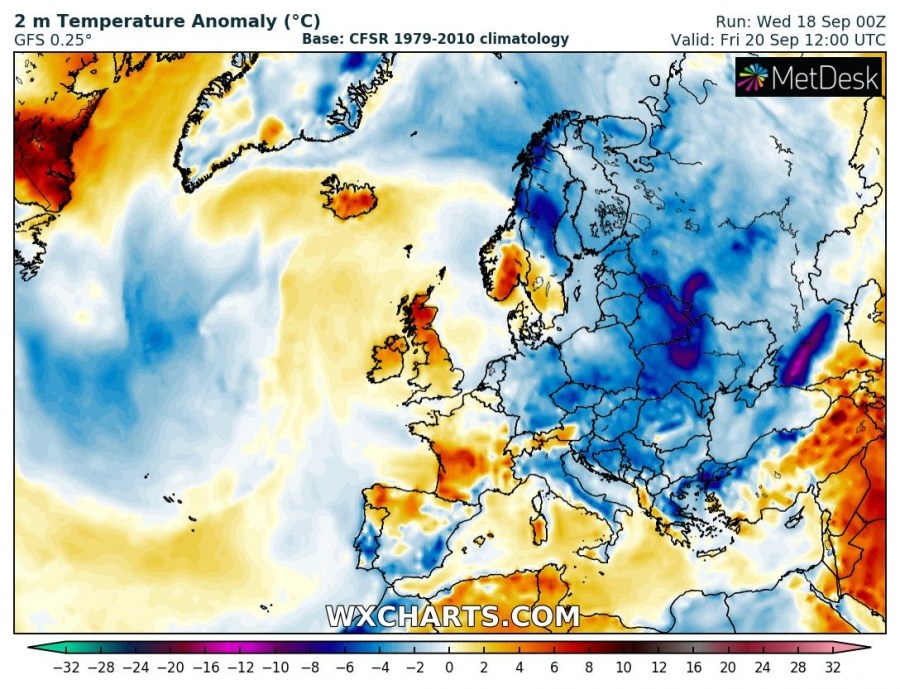 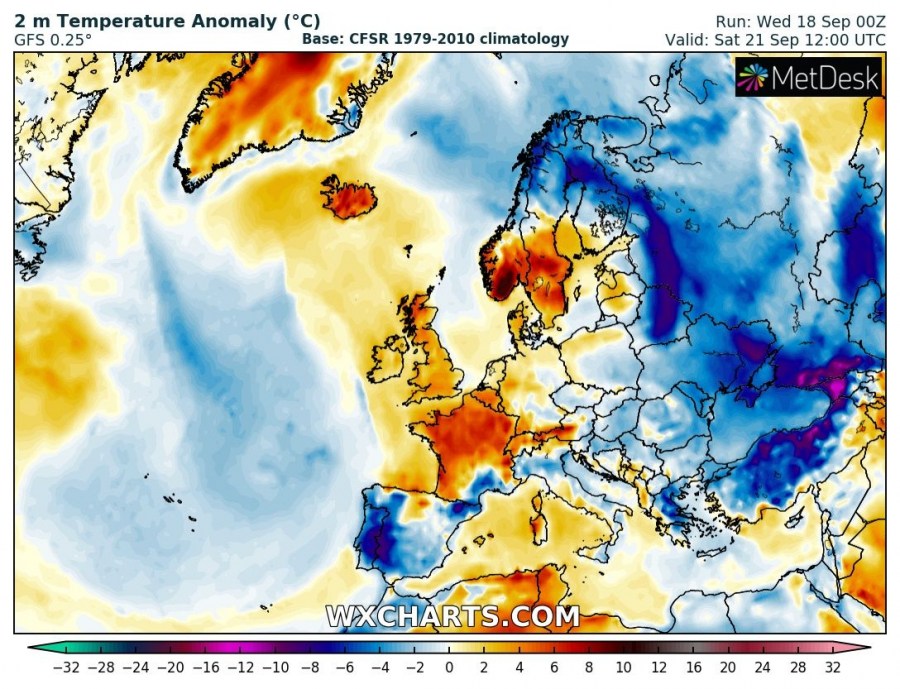 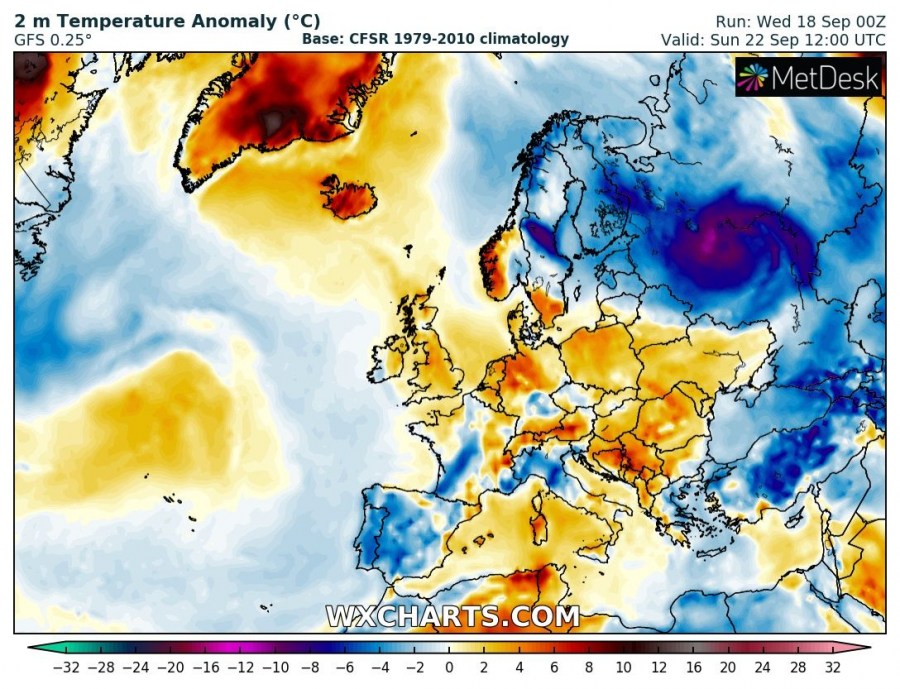 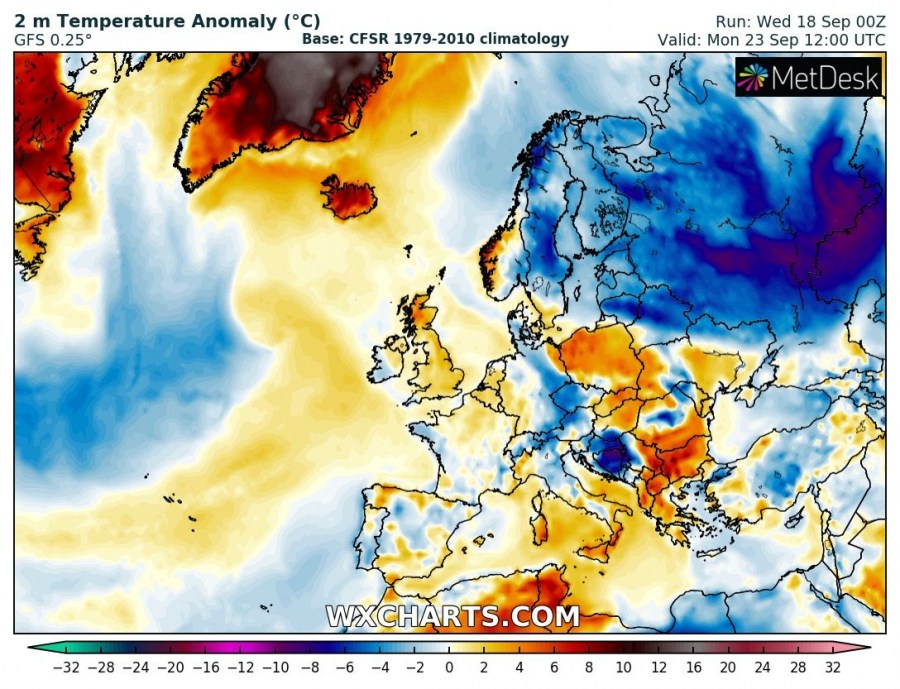 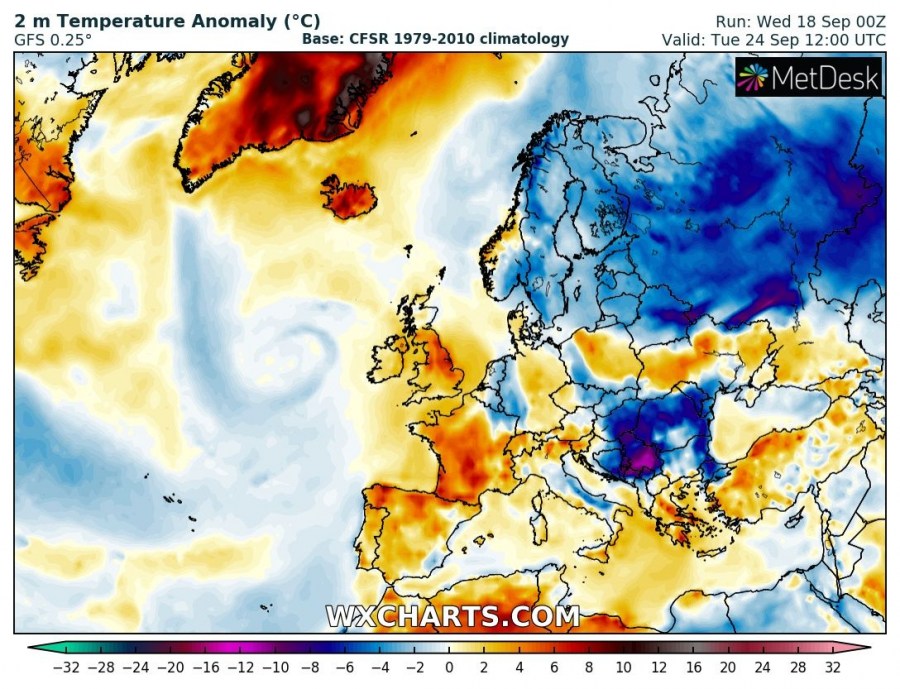