An Invest #93P has been showing some impressive convective activity since yesterday, spread across a large area to the north of the Fiji archipelago in the South Pacific. Its maximum sustained winds have risen to 40 knots, becoming a Category 1 Tropical Cyclone #Tino – the 3rd of the Australian / Fiji tropical season. The central pressure is deepening and has been set at 983 mbar as of 18 UTC analysis update today, Jan 16th. Tino is moving southeast, approaching the Fiji Archipelago. Its center is expected to pass directly over the 2nd largest island – Vanua Levu. Severe storms with torrential rainfall are already effecting the archipelago.

See today’s animation of explosive deep convection gradually forming into the complex low, cloud tops below -90 °C are perfectly visible in the main cores at times:

Here are some exceptional satellite imagery of Tropical Cyclone Tino in the visible channel this morning local time (Jan 17th), indicating healthy upper-level outflow ventilation and explosive storms over a broad area to the north of the Fiji archipelago. Some remarkable cloud tops are seen on the Infrared channel, pushing the temperatures even below -90 °C. Those storms are reaching an impressive ~ 17.500 m heights! 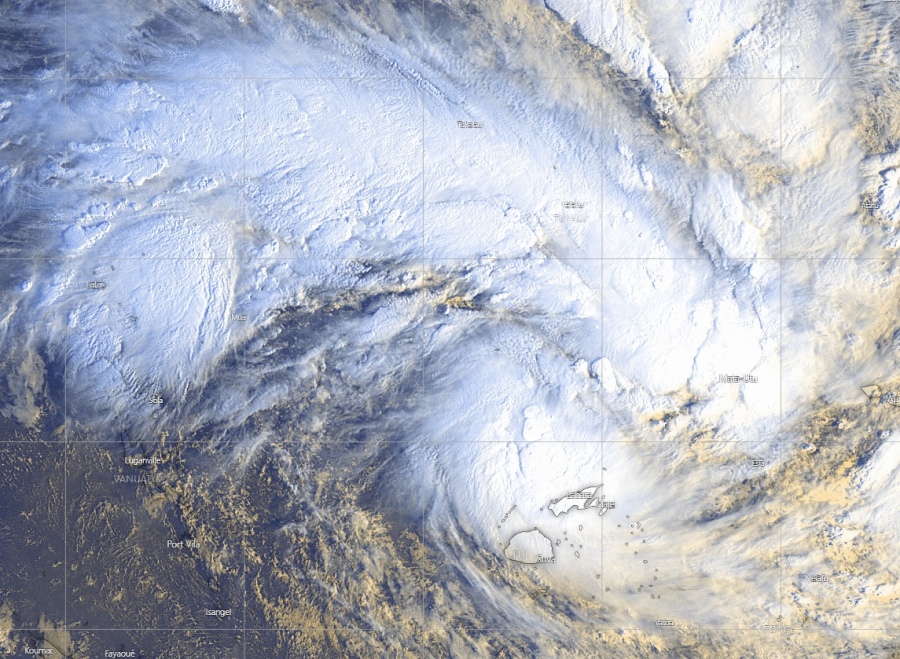 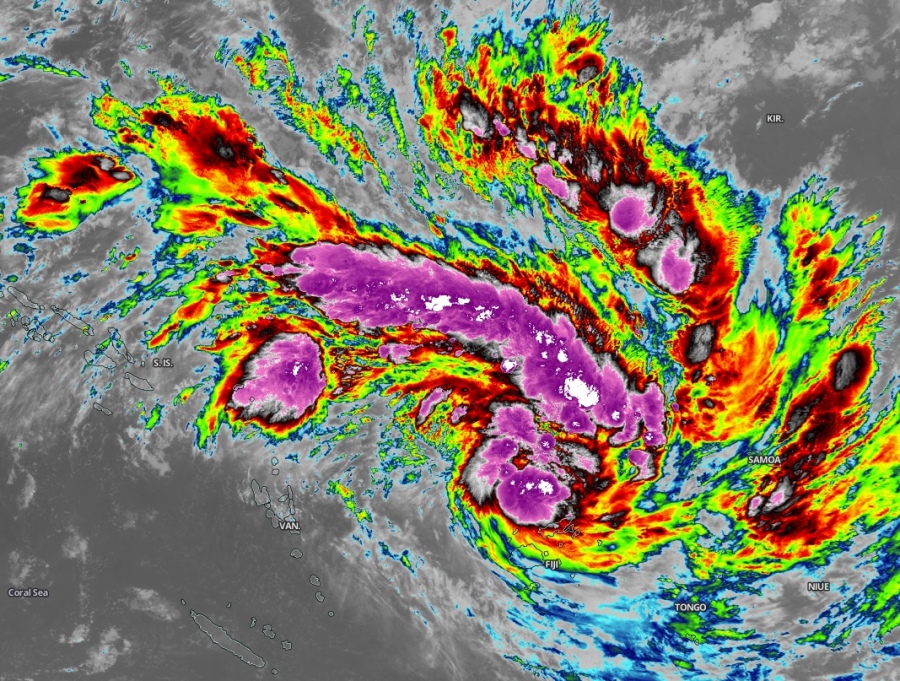 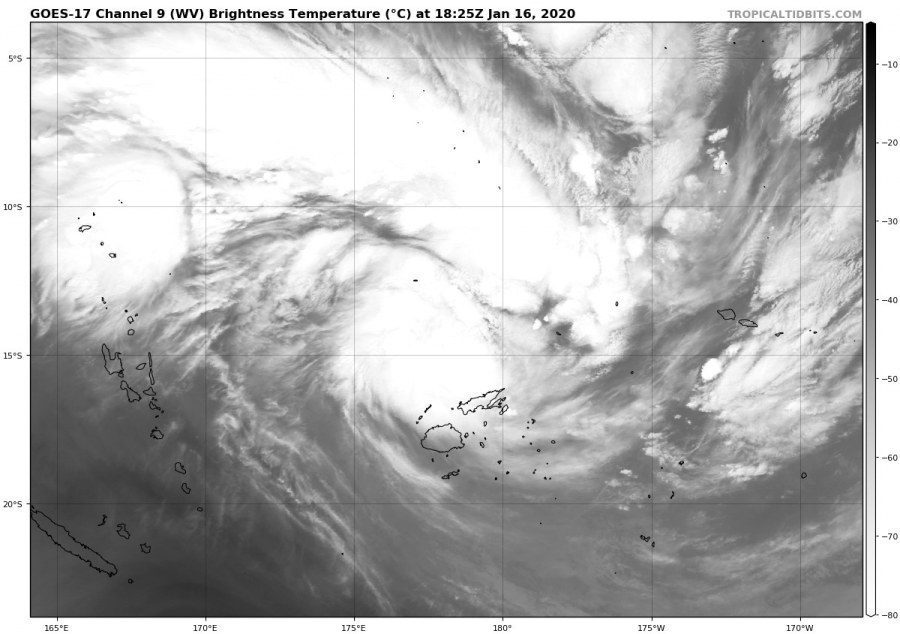 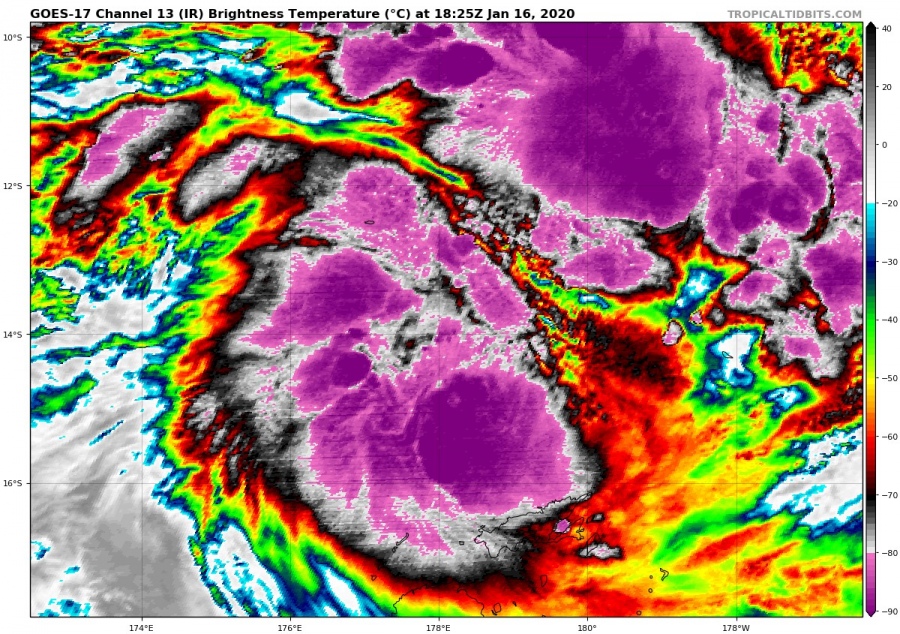 Tropical Cyclone #Tino will be tracking southeast through the next few days, passing directly over the Vanua Levu island while gradually gaining strength. Models are in fairly good agreement the cyclone will continue strengthening and should reach at least a Category 2 strength this weekend. At that time, Tino will be over Tonga! 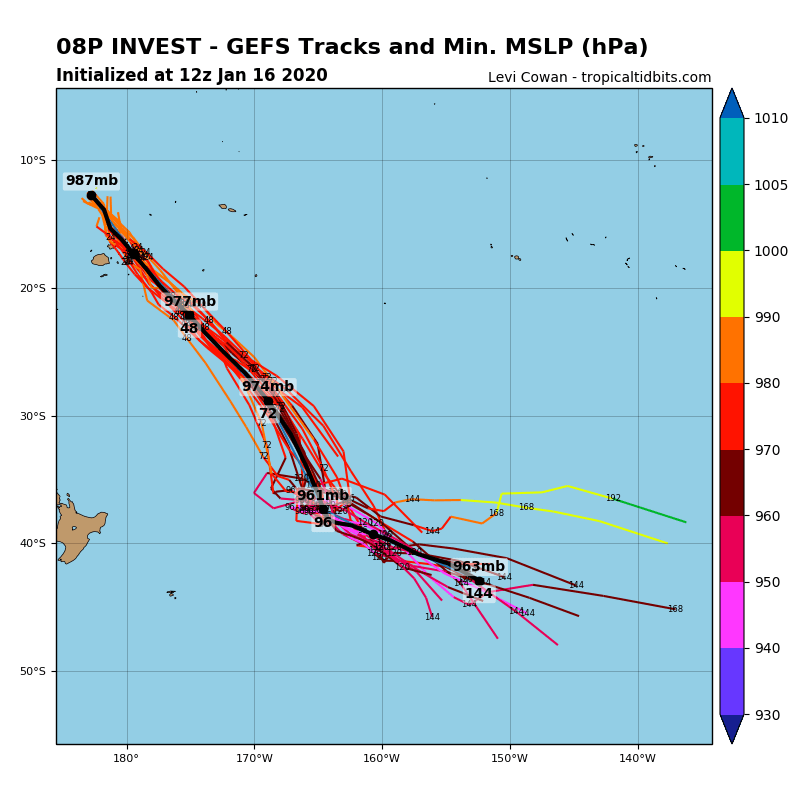 Radar images and zoomed-in satellite imagery of the southern parts of the Tino’s complex storms are already affecting the Fiji’s archipelago, resulting in severe storms and torrential rainfall with flash floods threat. 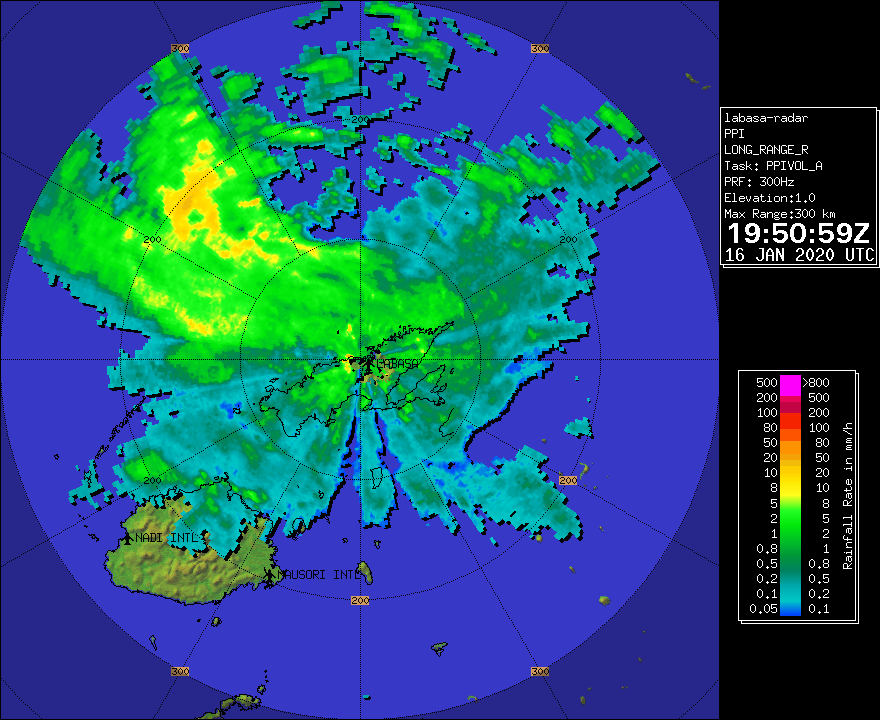 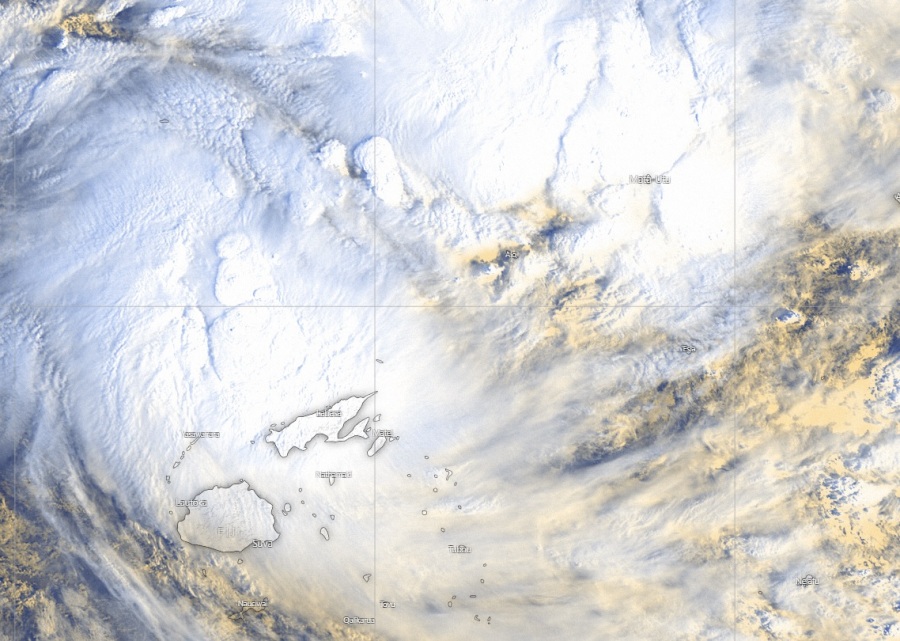 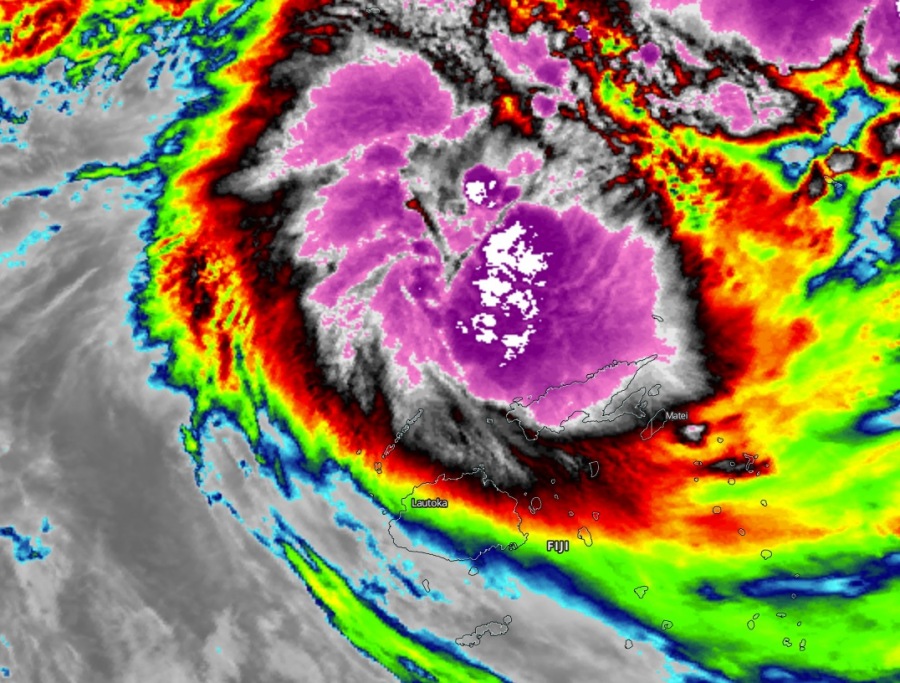 Stay tuned for further updates – we will be posting additional discussion tomorrow.

Meanwhile in the Philippines – a Taal volcano could erupt again, with even more significant eruption!