It didn’t last long to get another strong cyclone moving into western or northwestern Europe. After the violent windstorm #Brendan on Monday, Jan 13th, another quite rapidly deepening cyclone has formed just shy west of UK today, moving towards the Faroe Islands and the Shetland Islands. Its central pressure is currently around 975 mbar and deepening, expected to deliver severe dangerous winds into far NW tip of Scotland.

The latest surface analysis reveals cyclone’s center is located just to the northwest of Scotland with central pressure readings around 975 mbar and deepening.

Satellite imagery reveals a quite impressive structure of the cyclone, indicating it has been organizing fast in the past hours, with dry intrusion wrapping around its core. This is a sign severe winds are in development across the system’s south-southeast region. 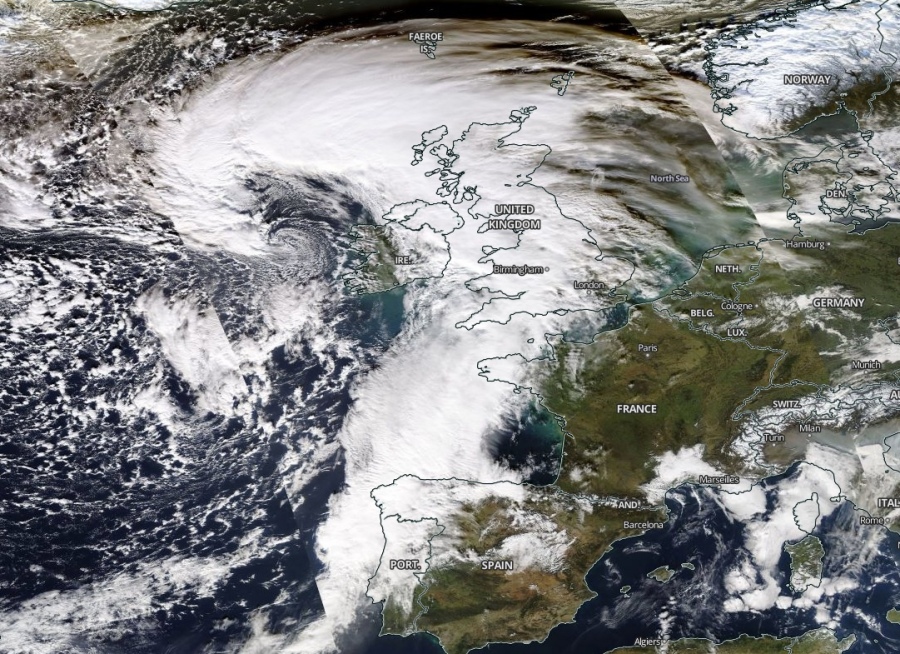 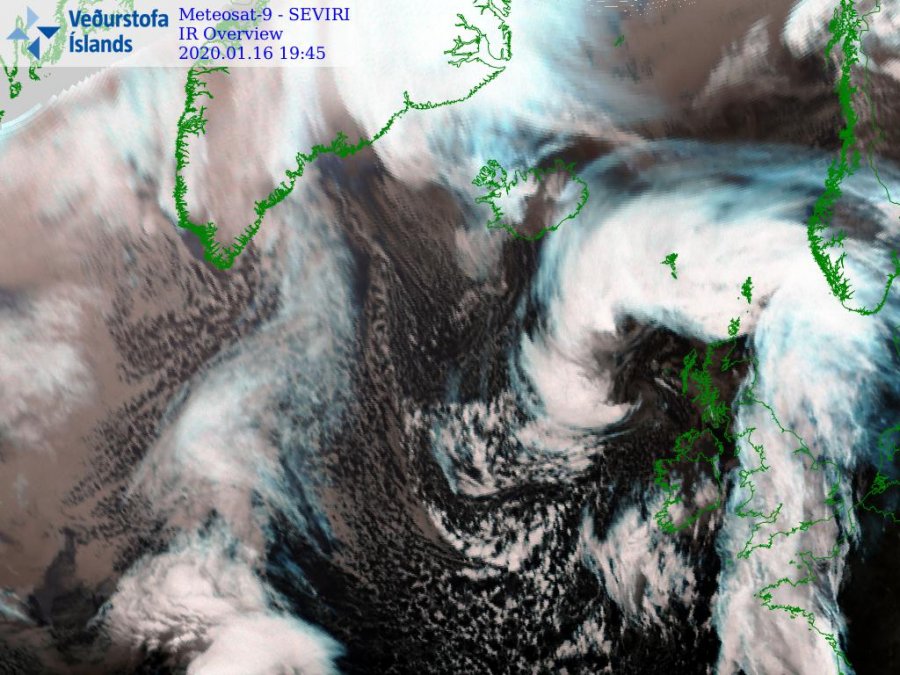 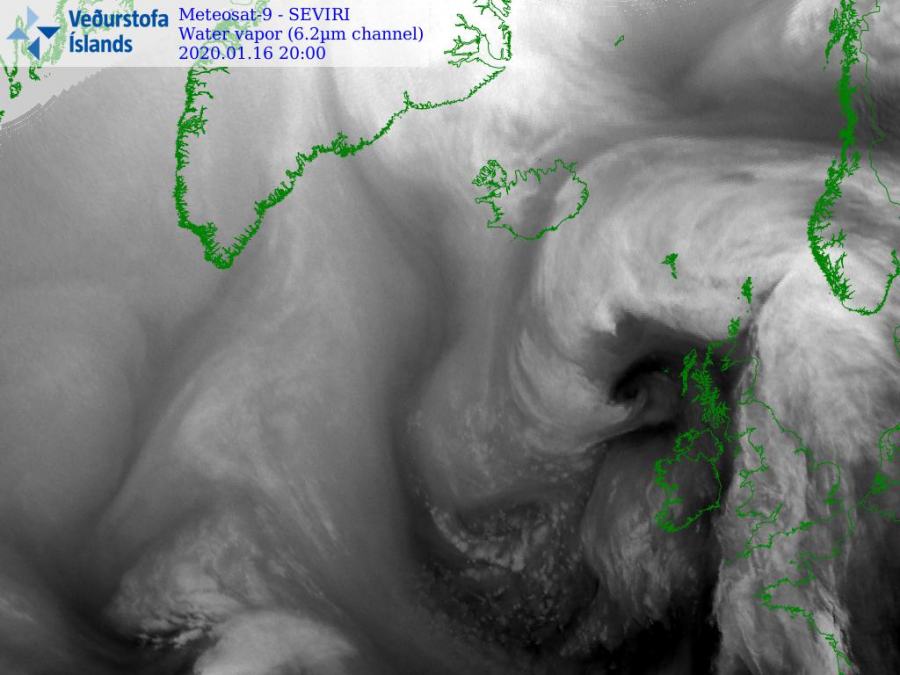 Based on the ARPEGE and ICON-EU model, the peak wind gusts should exceed the extremely severe winds criteria, pushing into 130-160 km/h range. Likely even more in the Scottish Highlands. 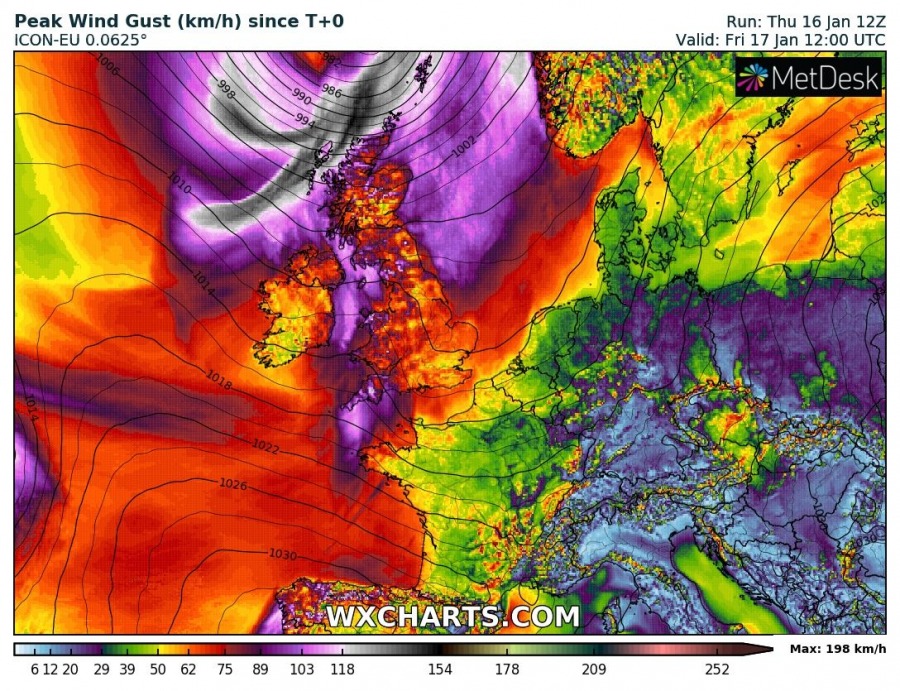 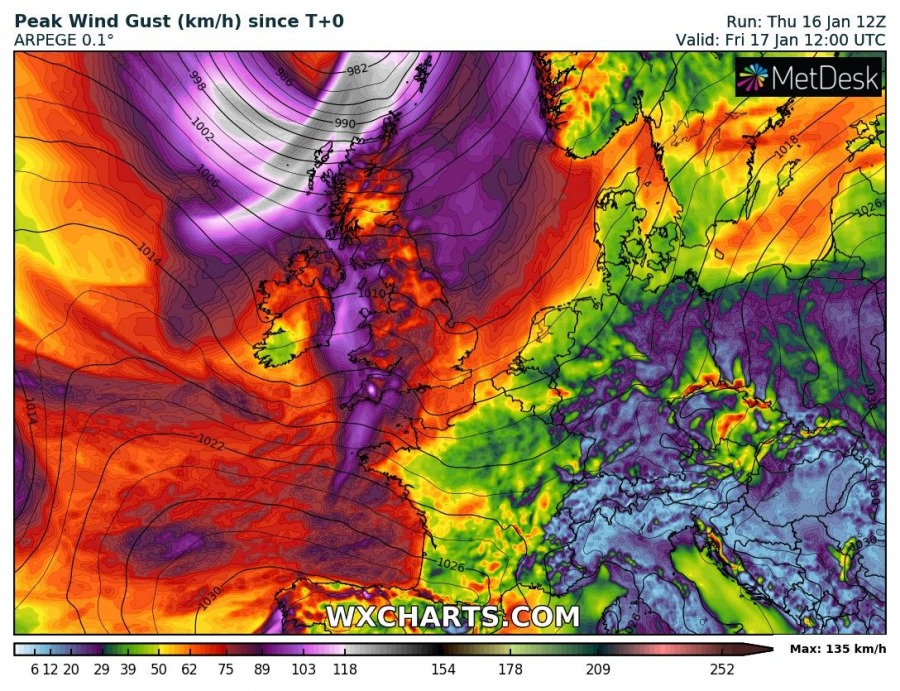 Zoomed in map of peak wind gusts accumulation swaths over the northern UK and NW Europe, based on the high-res ICON-EU model. Cyclone’s center will be traveling directly over the Faroe Islands, so the main peak winds swath will be to their’s southeast and should not be particularly significant on the islands. The strongest winds in excess of 150 km/h are touching the extreme northwestern tip of Scotland and extending towards the Shetland Islands. 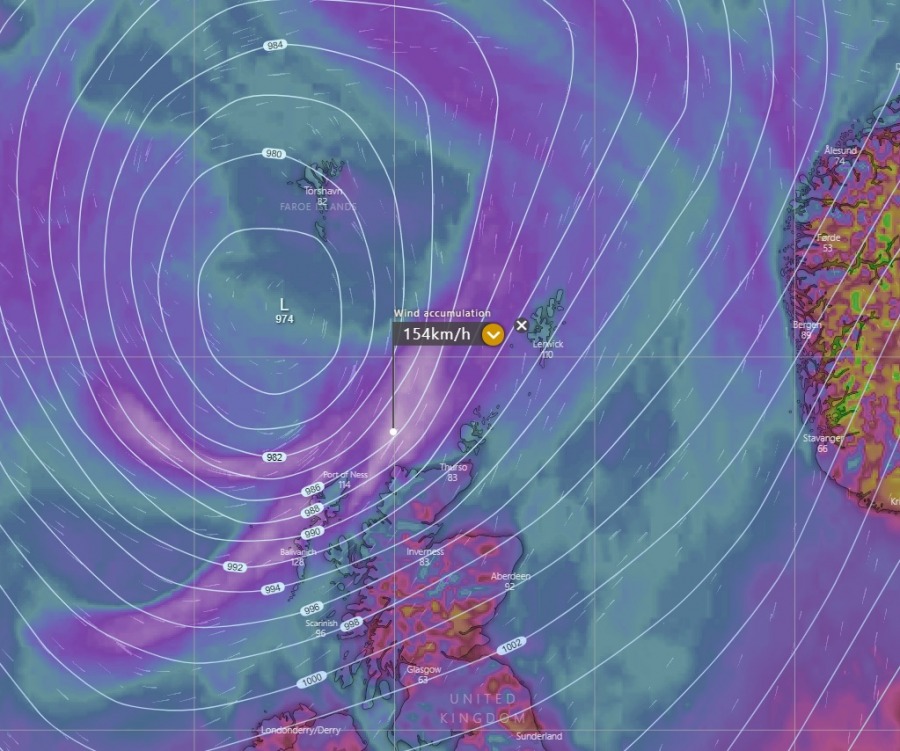 Stay alert for dangerous conditions tonight into tomorrow morning, especially across the north-northwest Scotland and towards Shetland Islands.