Tropical Cyclone #Tino has strengthened into a Category 2 system today, packing maximum sustained winds of 65 knots and central pressure around 970 mbar. Its center was passing very close to Vanua Levu island in Fiji earlier. Satellite imagery indicates a very deep burst of convection is really making this system rather healthy as it makes its way southeastward towards Tonga – models are now hinting destructive pass over Tonga as a Severe Tropical Cyclone of Category 3 strength tomorrow!

Satellite imagery still remain very impressive, with IR scans revealing extremely deep storms with cloud tops around -90 °C, while we can see even improving upper-level outflow ventilation to the east and north. 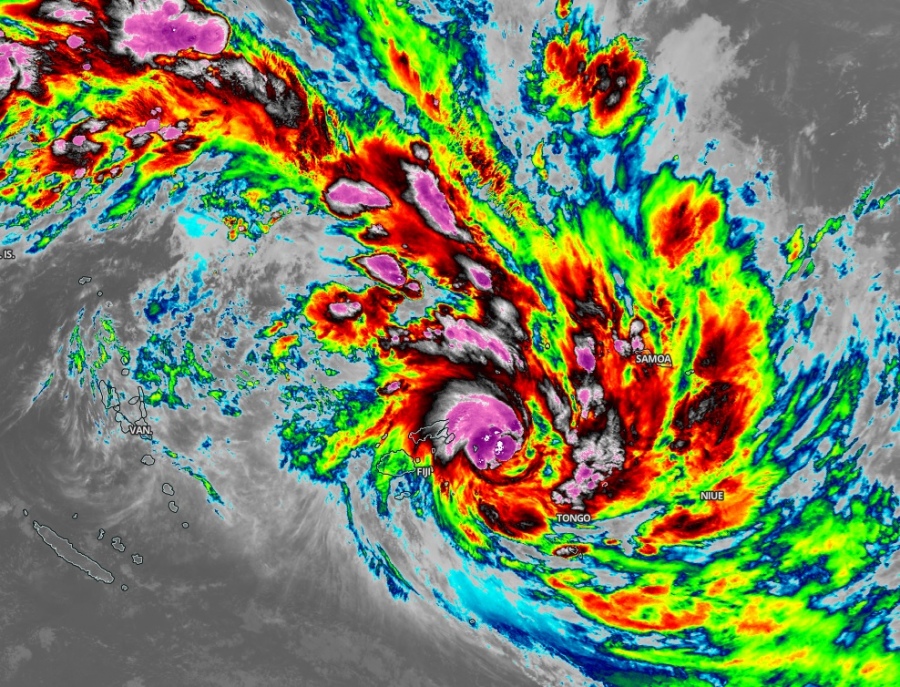 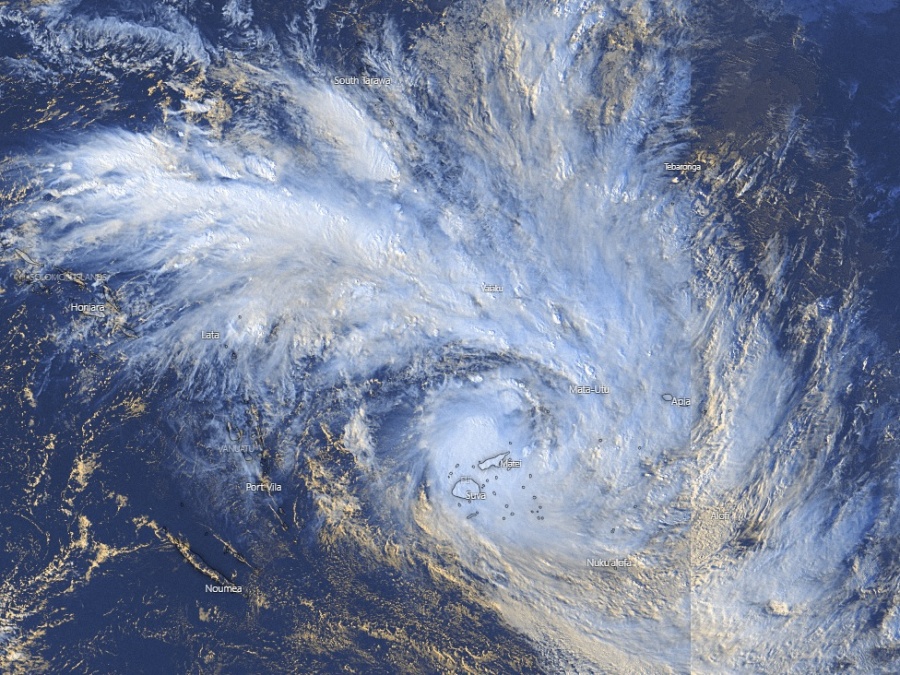 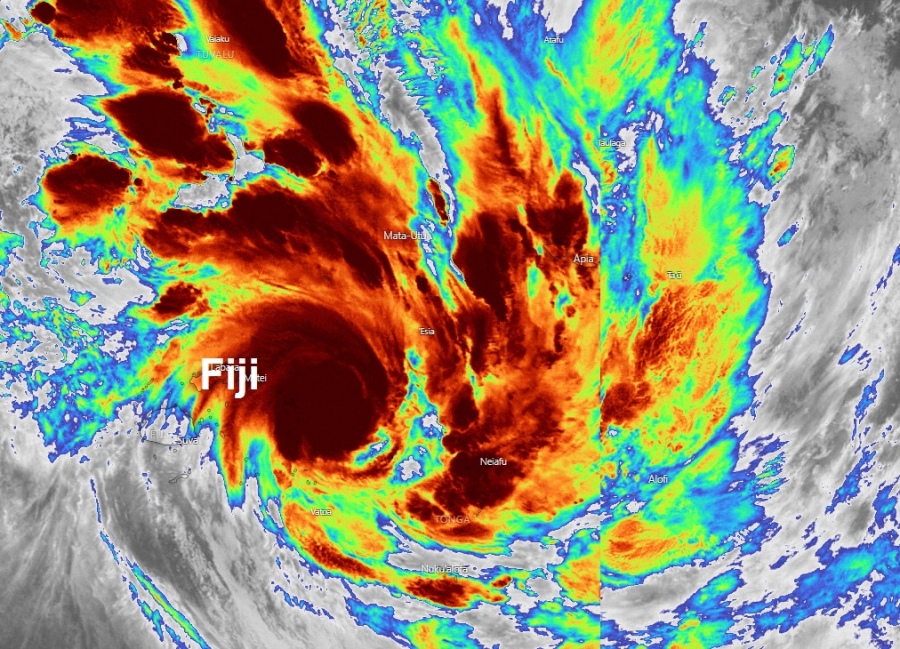 #Tino is passing very closely to #VanuaLevu in #Fiji. In the latest few frames, deep burst of convection is really making this system rather healthy as it makes it way southeastward. The forecast is calling for some strengthening, may become a Category 2 (AUS scale). pic.twitter.com/TKWUthY29o

Tropical Cyclone #Tino moving away from #Fiji, but likely to bring stormy conditions to #Tonga over the weekend. pic.twitter.com/ozjk5N7v4G

The future track of Tino remains similar to the previous model guidance, the cyclone will continue southeast and intensifying. Tino now has the potential to become the Severe Tropical Cyclone of Category 3 and reach its peak strength right at the time it makes landfall in Tonga later tomorrow (Saturday) as a strong 75 knots system.

Pretty warm ocean surface temperatures are present around the Fiji archipelago, around 30 °C, based on the Ocean Heat Content (OHC) map. Favorable temperatures will remain similar for another 24 hours when Tino peaks. It then comes into cooler waters and begins its weakening trend.

Stay tuned for further updates before Tino comes over Tonga!

A Tropical Cyclone #TINO is born – a direct hit to Vanua Levu island as a Category 1 is expected tomorrow – could hit Tonga as a strong Category 2 this weekend!

Invest #93P is revealing explosive convection with -90 °C cloud tops, models are in agreement it will organize and head towards Fiji

«Next Post A powerful winter storm is underway across the central United States, severe freezing rain and heavy snow blizzard in some areas
An *EXTREMELY HIGH* surface pressure develops over Europe through Sunday and Monday – 1048-1050 mbar will be possible in some areas! Previous Post»