Like we didn’t have ridging pattern for several weeks now, there is an exceptional event coming in the next days. A very strong upper-level ridging develops over eastern parts of North Atlantic, expanding into western and central Europe. As a result, an associated surface high-pressure system develops and brings *extremely* high surface pressure. A large part of Europe will experience 1030-1045 mbar mean sea-level pressure, while some regions could even see close to 1050 mbar!

NEW UPDATE: A powerful upper ridge strengthening over the North Atlantic and western Europe – an extreme near 1050 mbar surface high-pressure system is expected 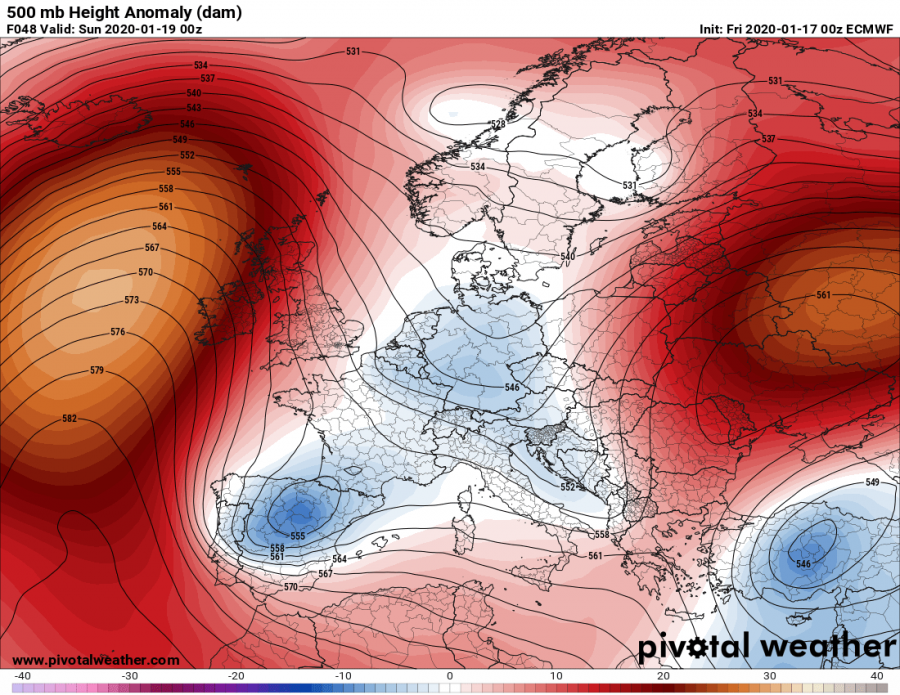 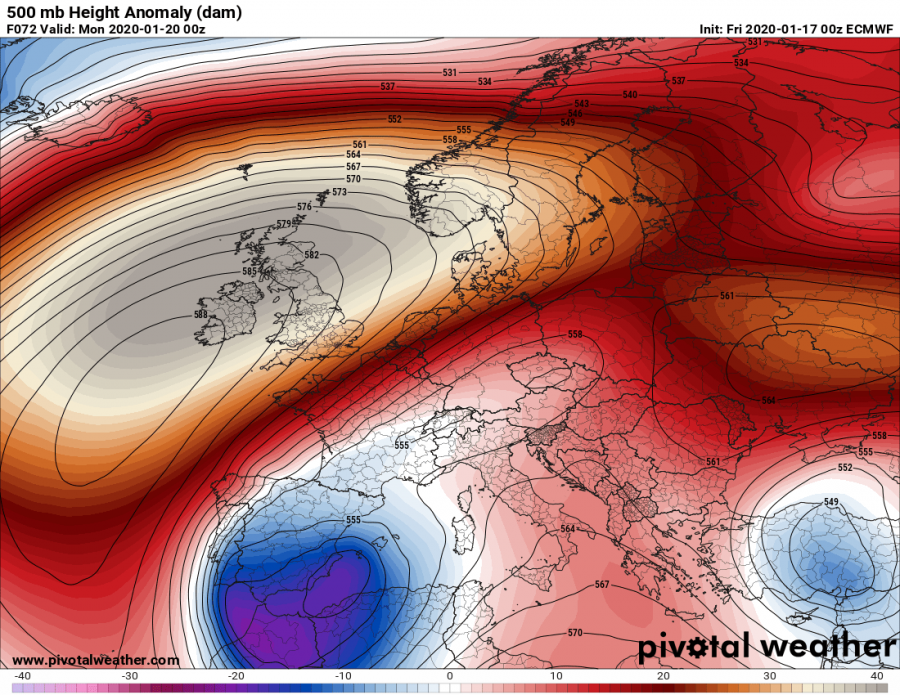 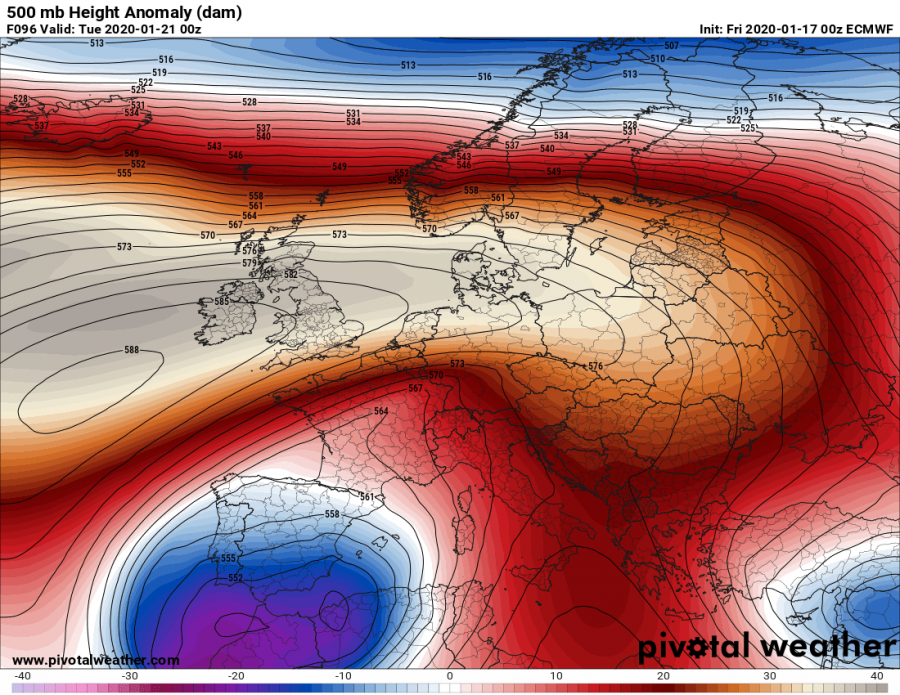 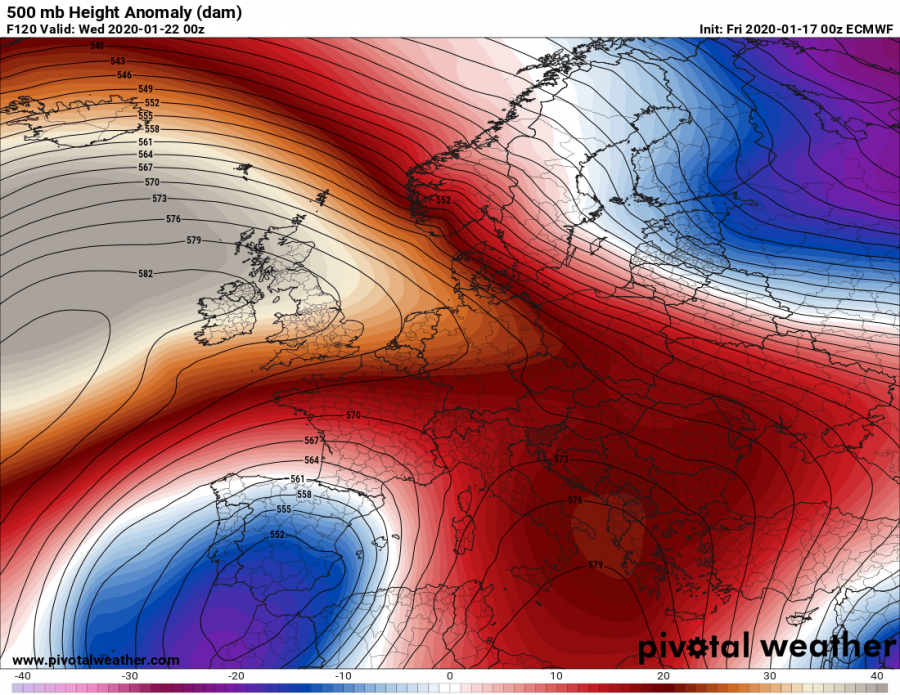 The gradually developing high-pressure system begins strengthening on late Saturday into Sunday morning, resulting already above 1040 mbar of mean sea-level pressure over parts of the UK and Ireland. Through Sunday, the surface pressure continues rising and reaches an exceptional almost 1050 mbar through Sunday’s night – centered over the UK and the English Channel. An extensive system develops, dominating most of Europe, except the far northern Europe. Very large part of Europe will experience above 1035 mbar pressure through Sunday and Monday when very high – around 1048 mbar – extends also across central Europe and the Balkans! 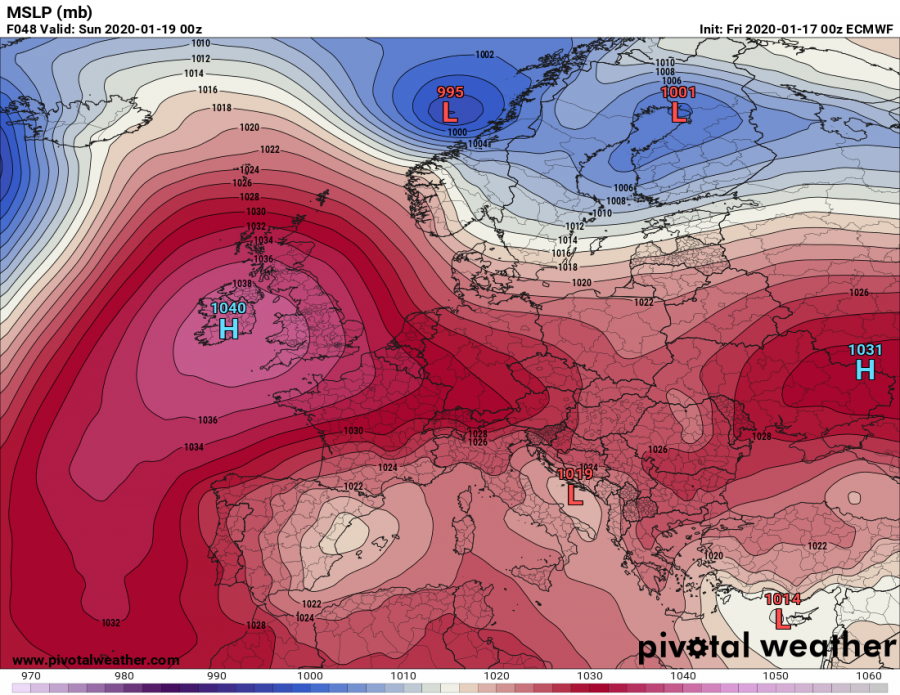 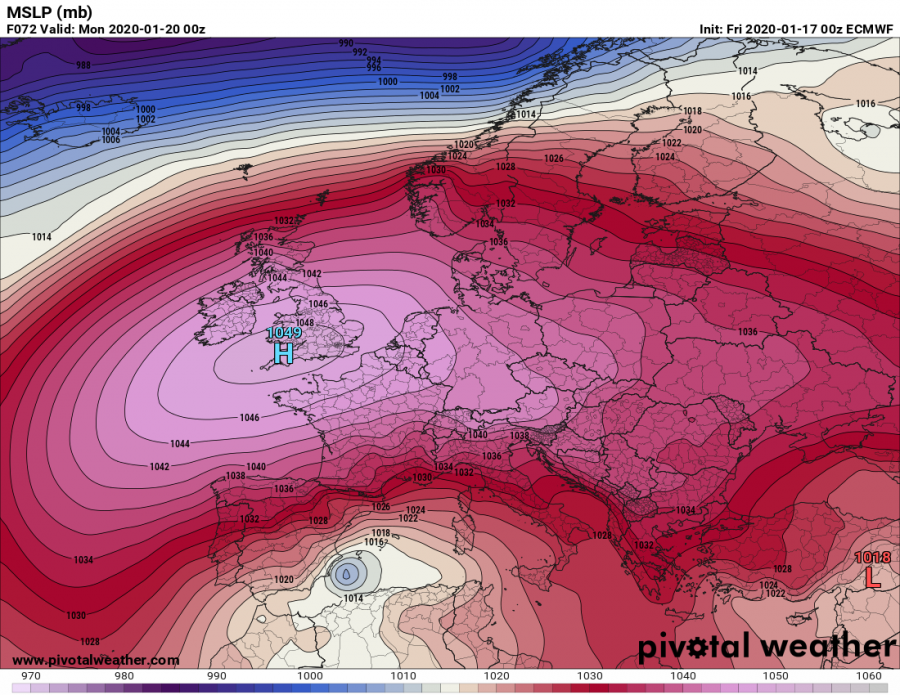 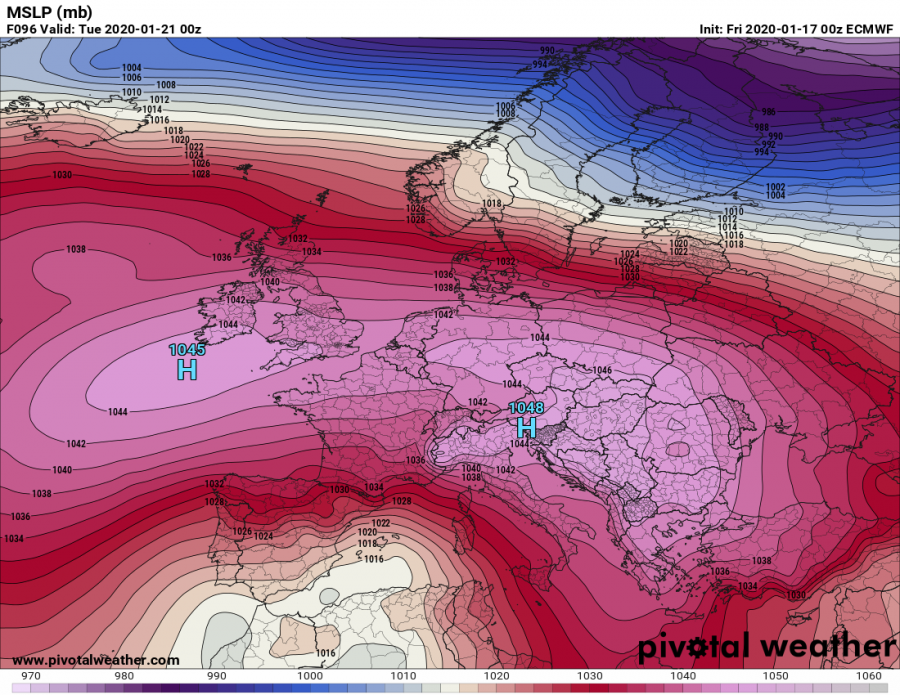 The position on the upper low in southwest Europe against the extensive upper ridge further north will introduce more meridional flow on ridge’s eastern flank into the Mediterranean and central Europe, therefore delivering colder airmass. But much warmer airmass will spread across the northern part of the ridge, partly related to the subsidence in the high-pressure system and due to persistent warm advection with the frontal systems further north. It will gradually spread across western Europe and towards Scandinavia and Baltic region early next week. 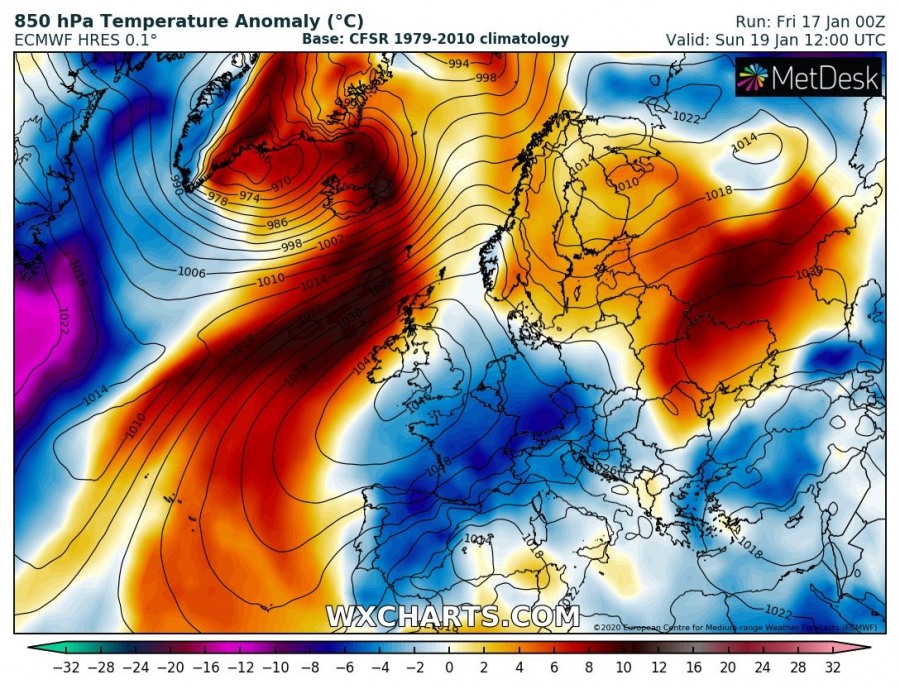 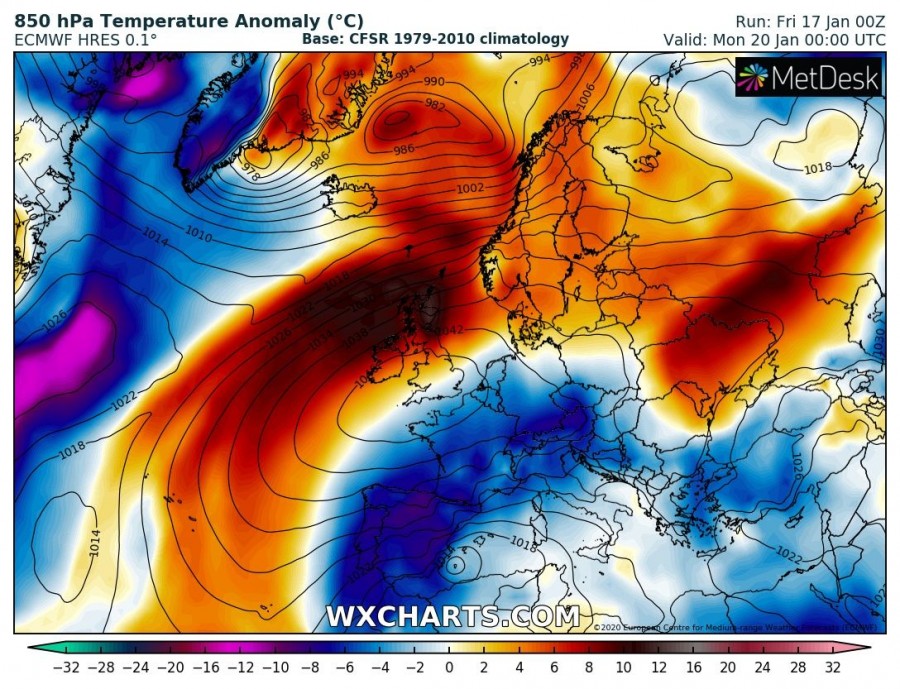 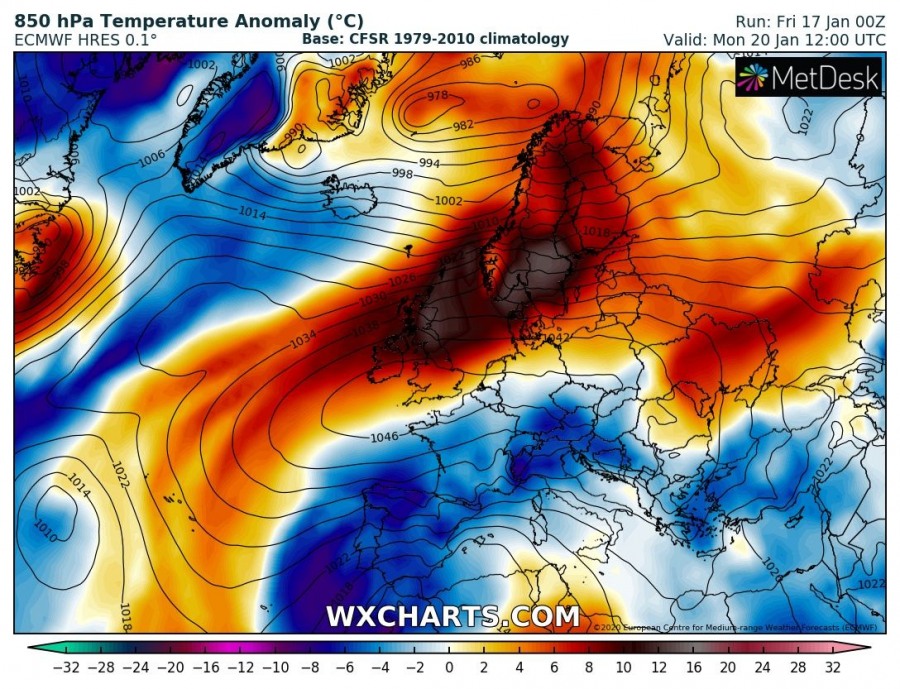 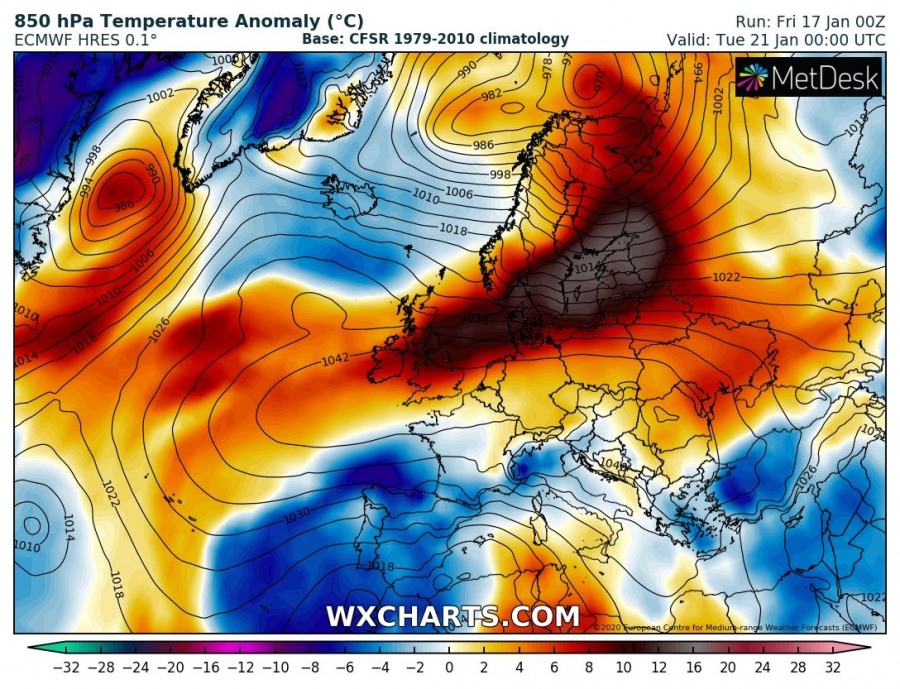 Let’s take a look over some ensemble forecast for SW England and Slovenia – located in the center of both high-pressure systems. One can see close to 1050 mbar in SW England and towards 1047-1048 mbar in northern Balkans (Slovenia): 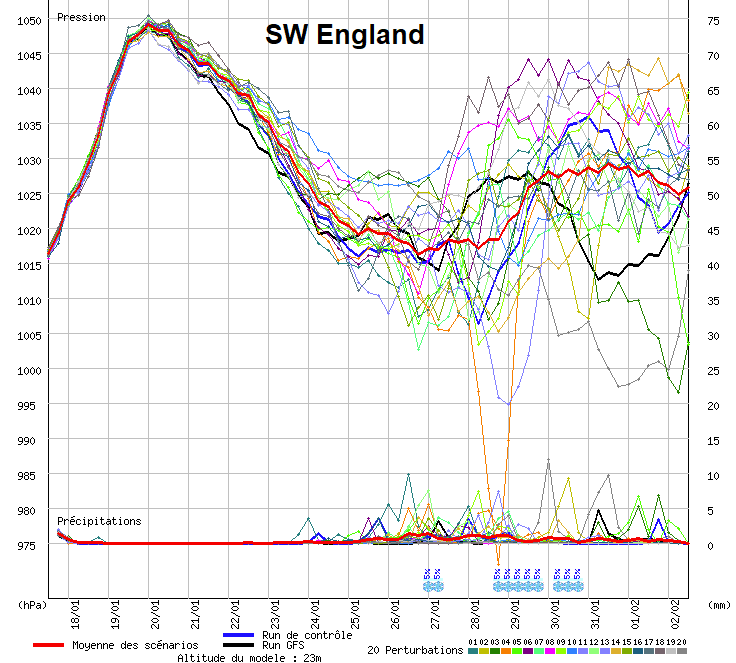 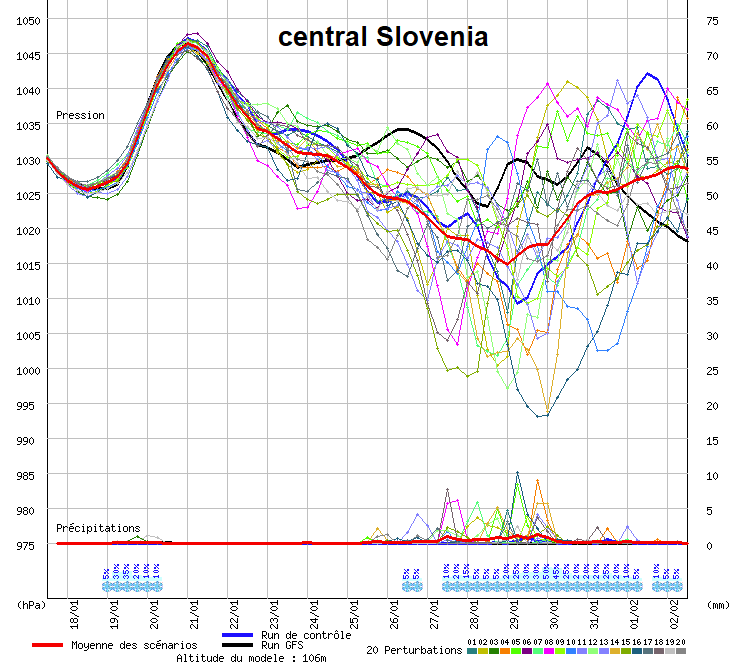 The upper low over the SW Europe, centered above the Iberian peninsula and the western Mediterranean, will also lead to the development of a relatively deep surface cyclone. This system will result in excessive rainfall threat along the coast of eastern Spain and also excessive snowfall further inland into higher terrain, being under cold mid-levels to support precipitation as snow. More details on this over the weekend. 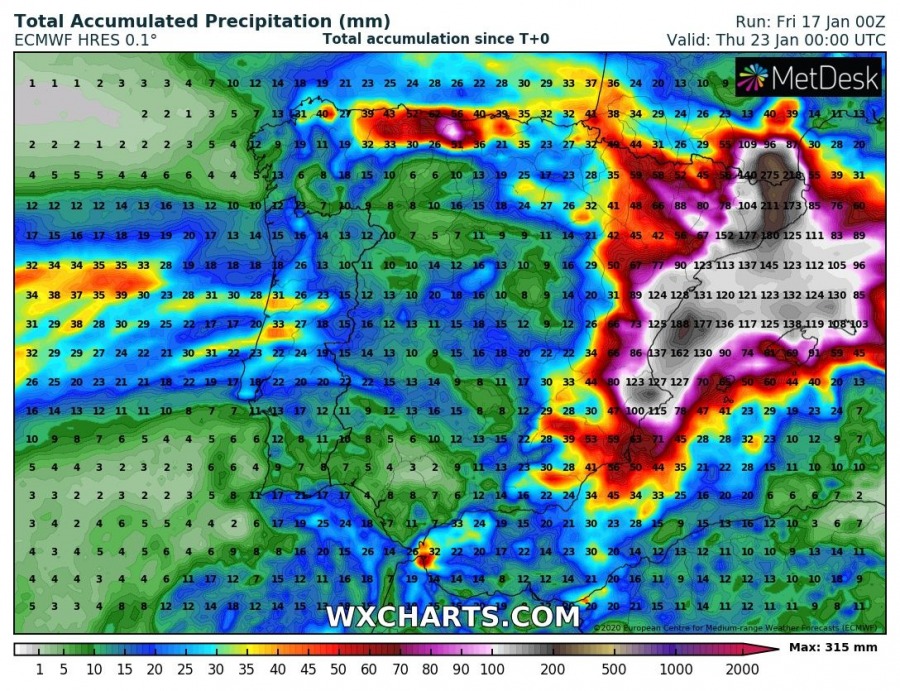 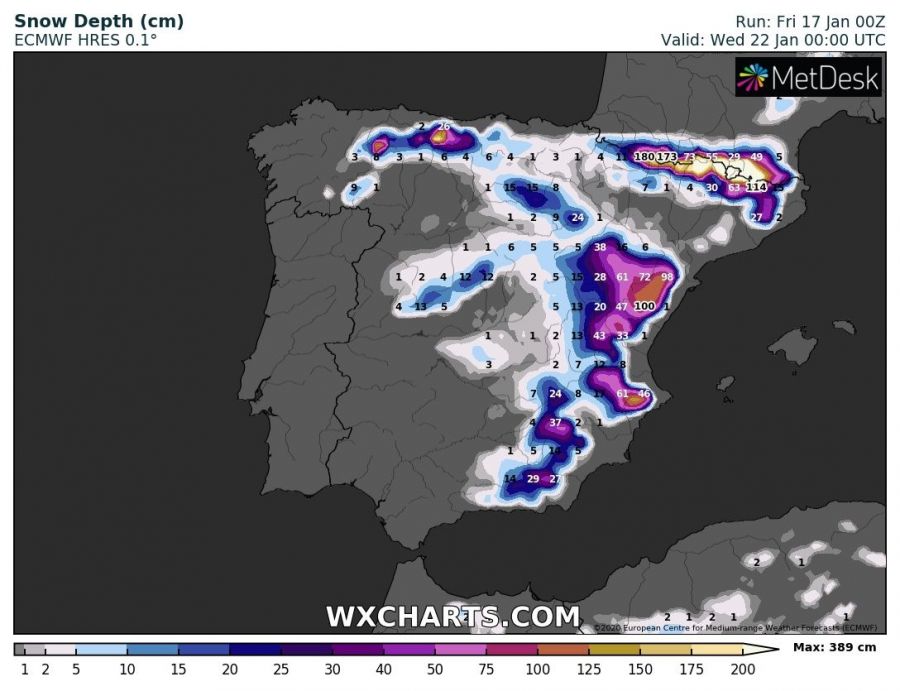 Such values of surface pressure are VERY extreme for some parts of Europe. Therefore, we should not be surprised to see some location coming very near their all-time high-pressure records.