Here is the update on the developing powerful winter storm over the United States today. A Lee cyclone is deepening over the High Plains, drifting northeast with a strong cold front pushed north across the central Plains. Freezing rain is ongoing near the front while snowfall is intensifying to the north of it.

Meanwhile over the Northwest Atlantic:

Surface analysis and satellite imagery indicates a strengthening Lee cyclone east of the Rockies over the High Plains, moving towards the northeast. Quite cold temperatures are spread over the country, creating conditions for heavy snowfall across the northern half of the US and freezing rain near the warm front where much warmer airmass overrides the freezing air mass near the surface. 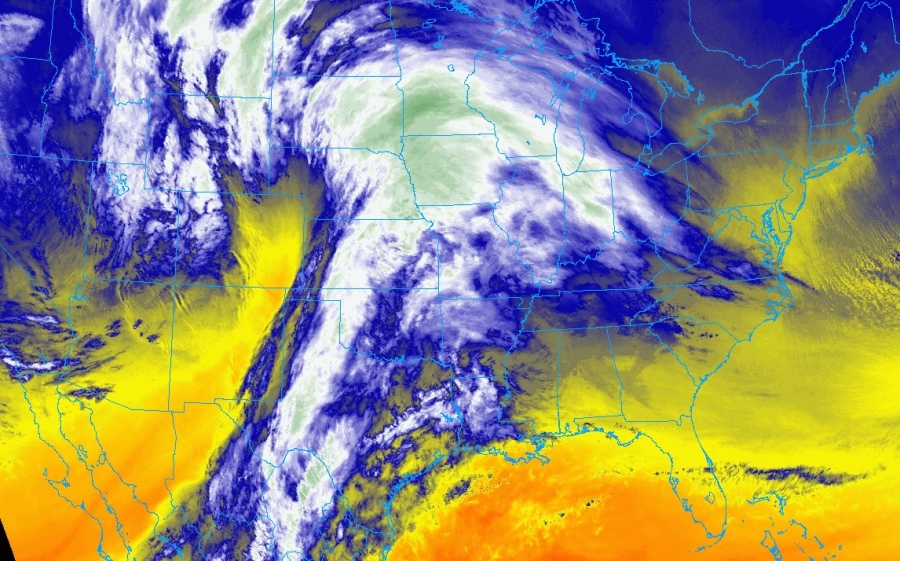 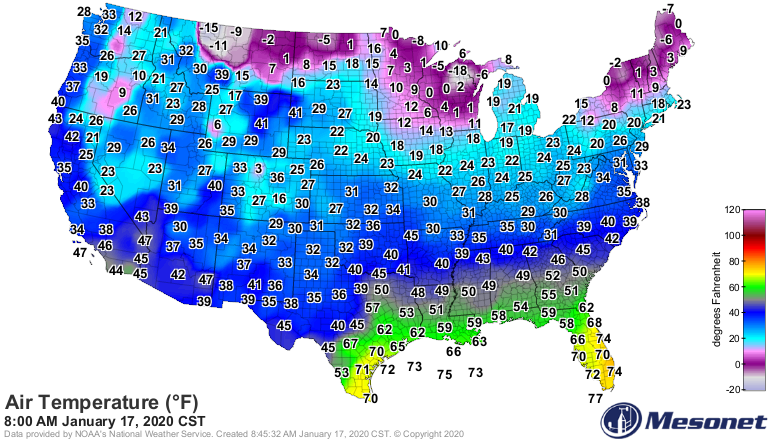 Warm front is being pushed towards the Northern Plains, resulting in heavy snowfall to the north of the front and also freezing rain near and south of the front where cold near-surface airmass has not been mixed out yet. The ice storm has been ongoing from Oklahoma, Kansas and Nebraska – thick ice accumulation has been reported locally! 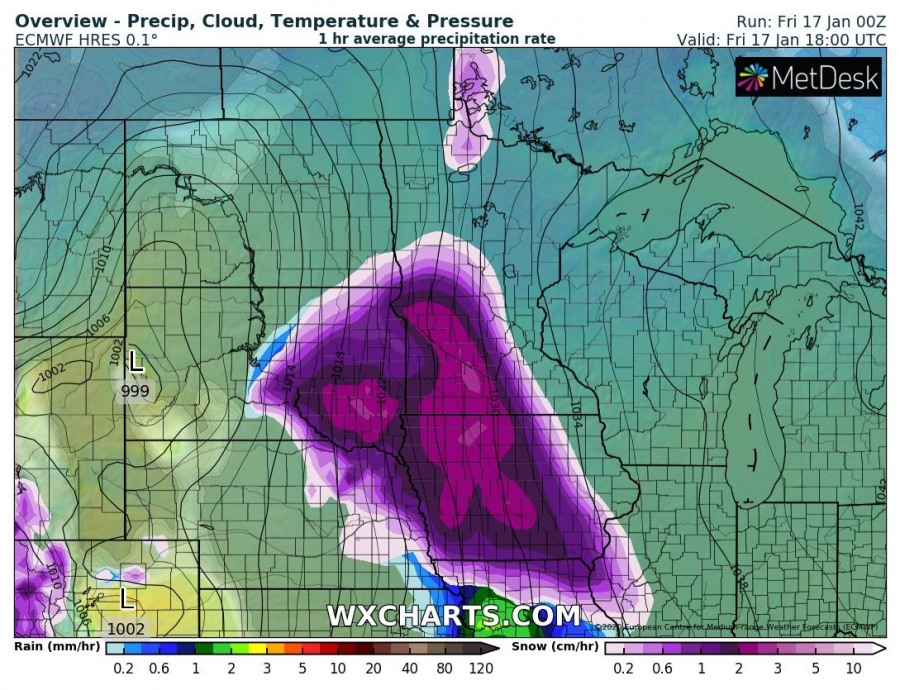 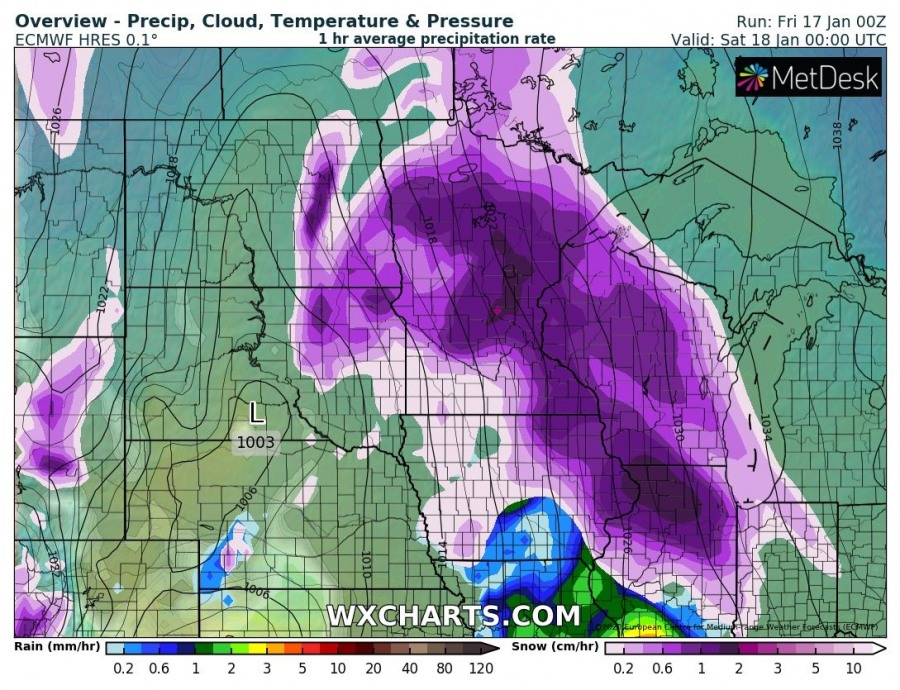 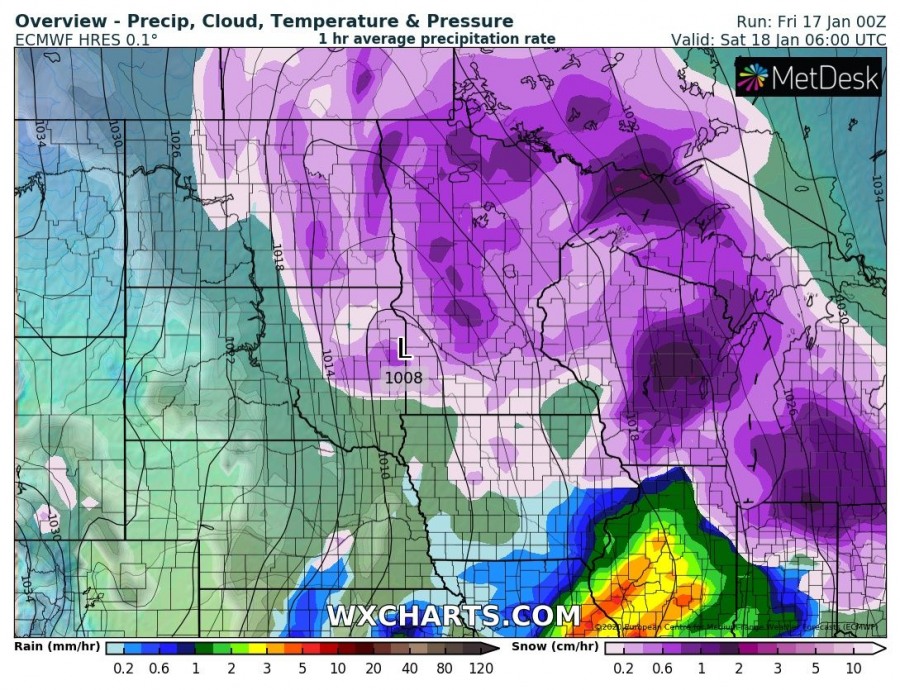 Tonight, the cyclone will continue across Midwest and spread into the Great Lakes region while further intensifying. Freezing rain/ice storm threat will spread towards the Ohio valley, while further north heavy snowfall and blizzard conditions are expected. Further south, where the strongest warm advection takes place, all precipitation will be rain only. Cyclone reaches the northeast US on Sunday and slowly ejecting into the Northwest Atlantic. 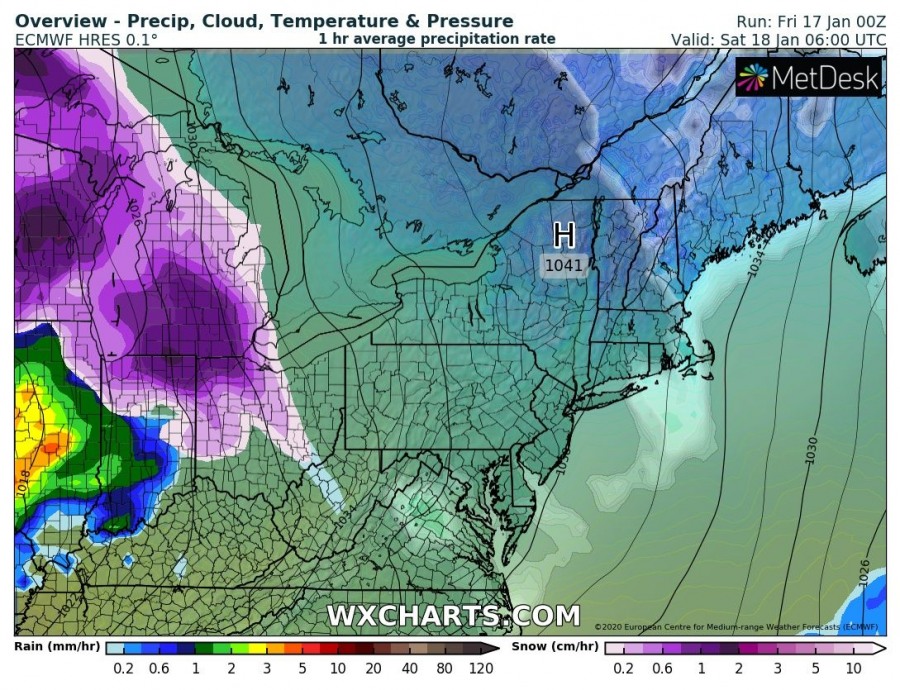 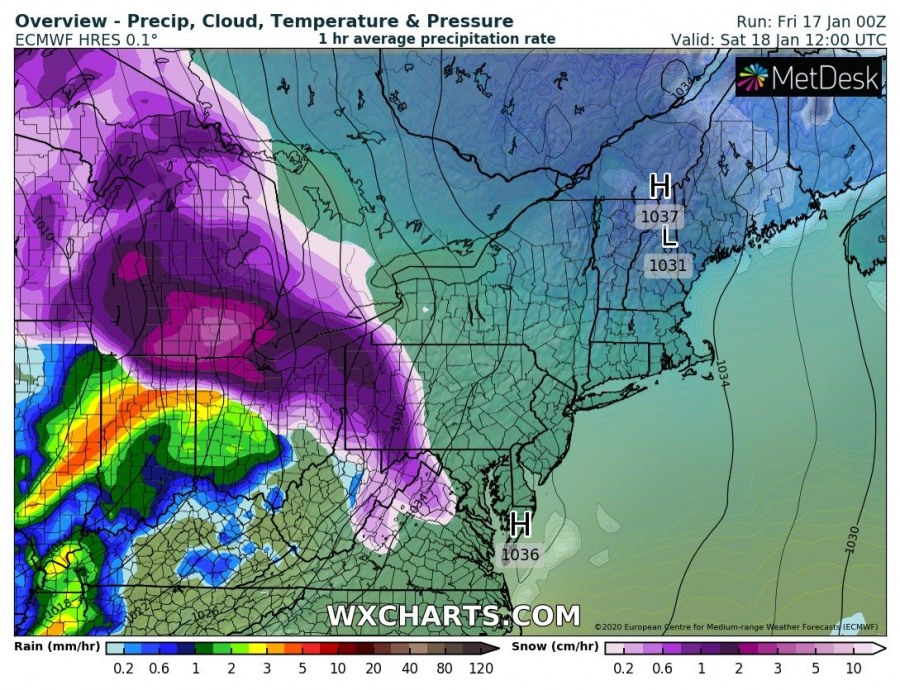 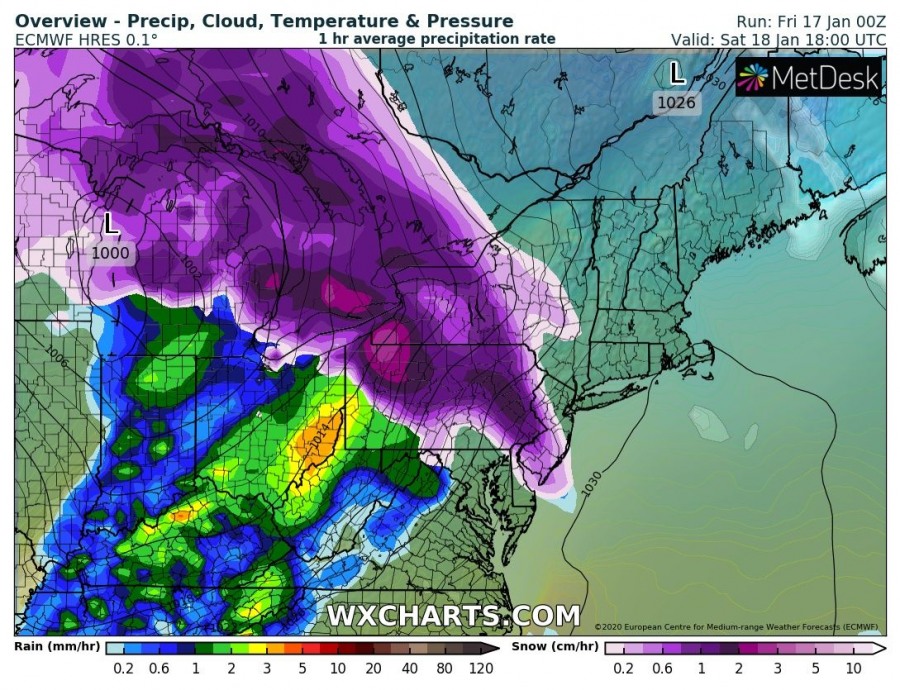 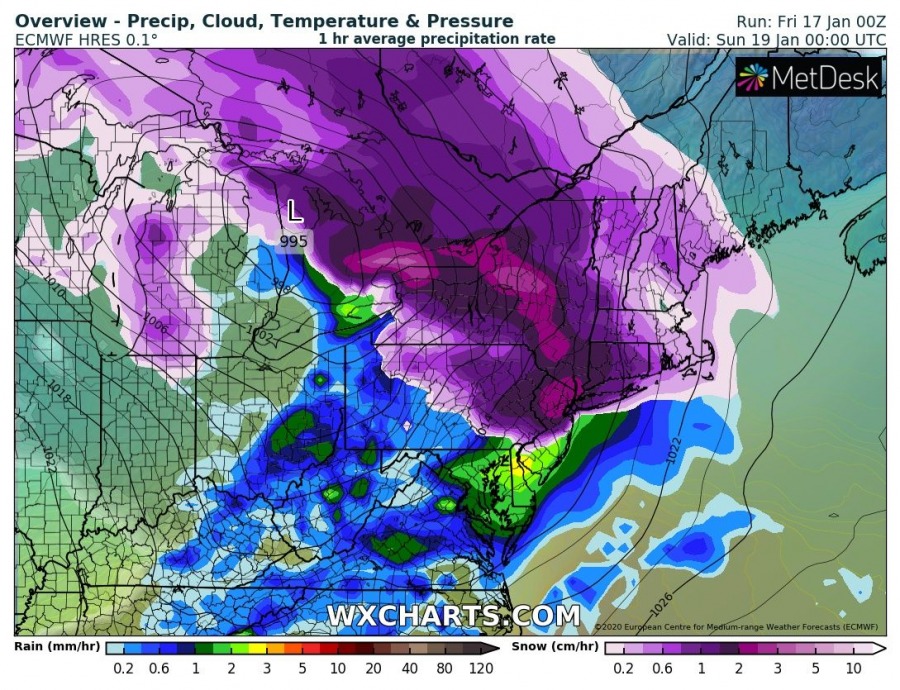 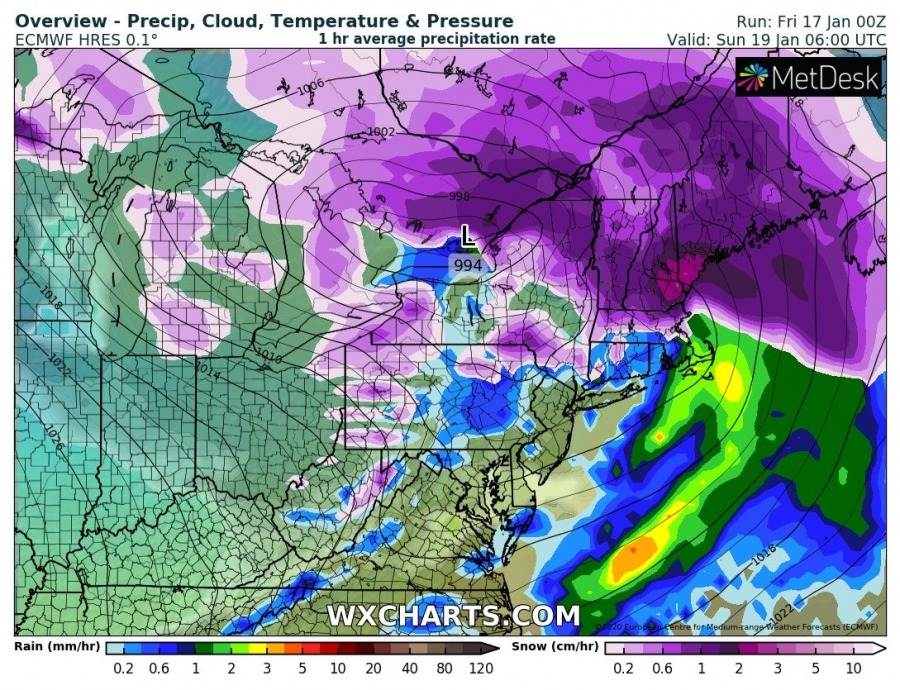 In the wake of the deep cyclone, the lake-snow effect develops across the Great Lakes through Sunday and extends into Monday. As usual, the most excessive snowfall will develop along the eastern-southeastern coastal areas of lakes Michigan, Erie and Ontario. 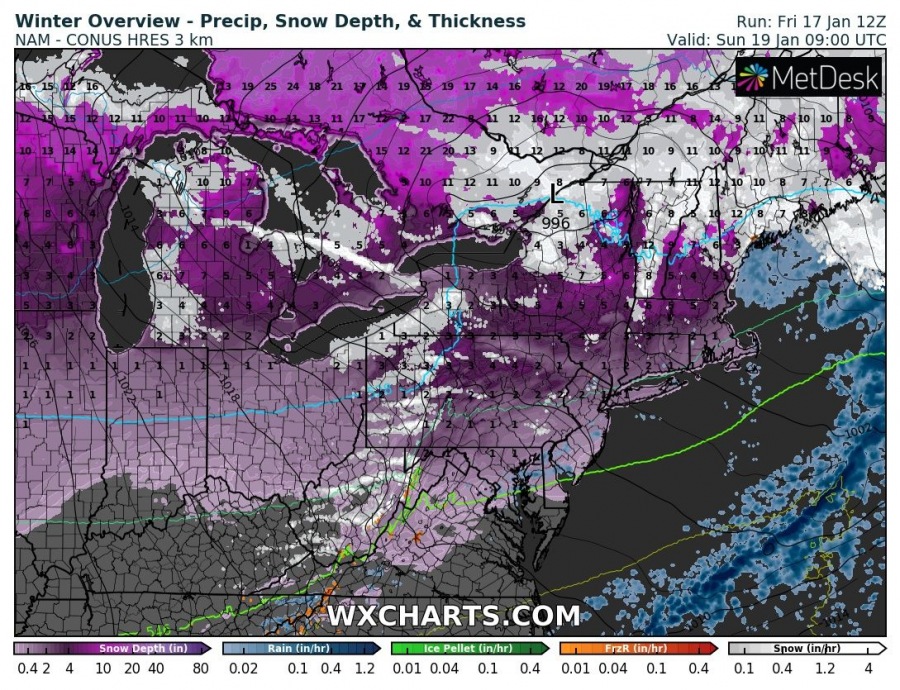 Stay alert for a dangerous ice storm and blizzard conditions in some areas!