Tropical Cyclone Blake has made landfall as a Category 1 cyclone near Wallal Downs, Kimberley coast of Western Australia today, early Wednesday (Jan 8th) local time. Blake was packing winds of around 40-45 knots with central pressure slightly above 990 mbar. The system had an incredible burst of explosive storms near the center soon as it arrived ashore, pushed cloud tops below -80 °C. Blake will begin its weakening trend through the next days while moving inland across Western Australia state.

The last 06 UTC analysis update today, Jan 7th, was estimating Tropical Cyclone Blake while it was located just off the west Kimberley coast while moving south. Soon after, the landfall near Wallal Downs occurred on early Wednesday morning. The cyclone is now weakening but will continue delivering lots of rain over the region and help to reduce the significant drought conditions and ongoing fires there. 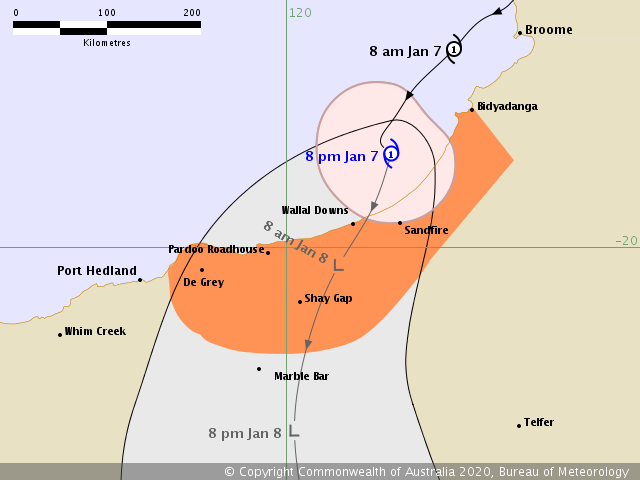 Infrared satellite imagery indicates incredibly deep convection, just at the time TC Blake is making landfall on the coast – cloud tops temperatures are even below -80 °C! Looking over the large scale satellite, we can see the Tropical Cyclone #Blake is a very large tropical system, extending its upper-level outflow clouds across a large part of Australia. 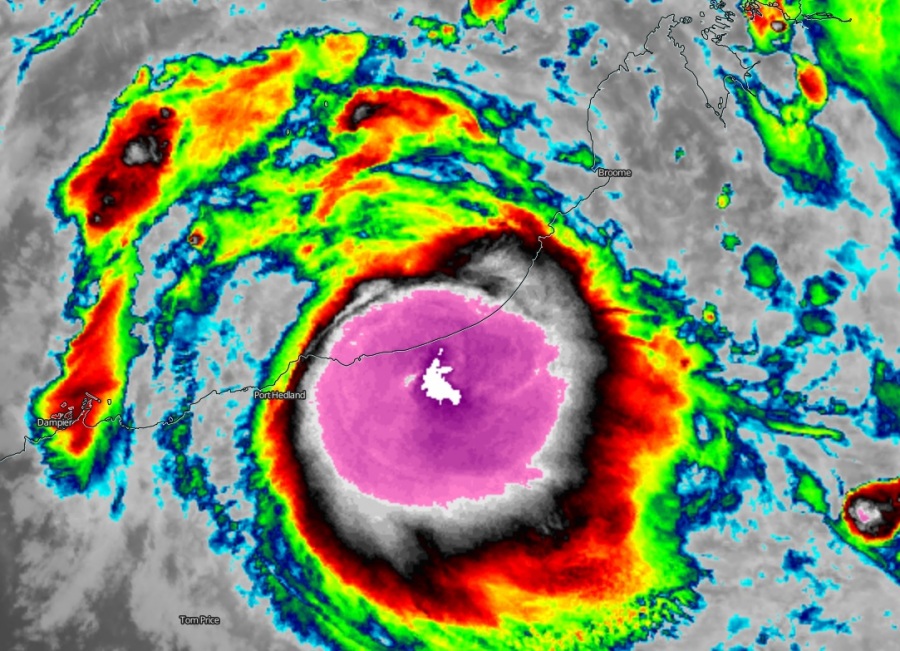 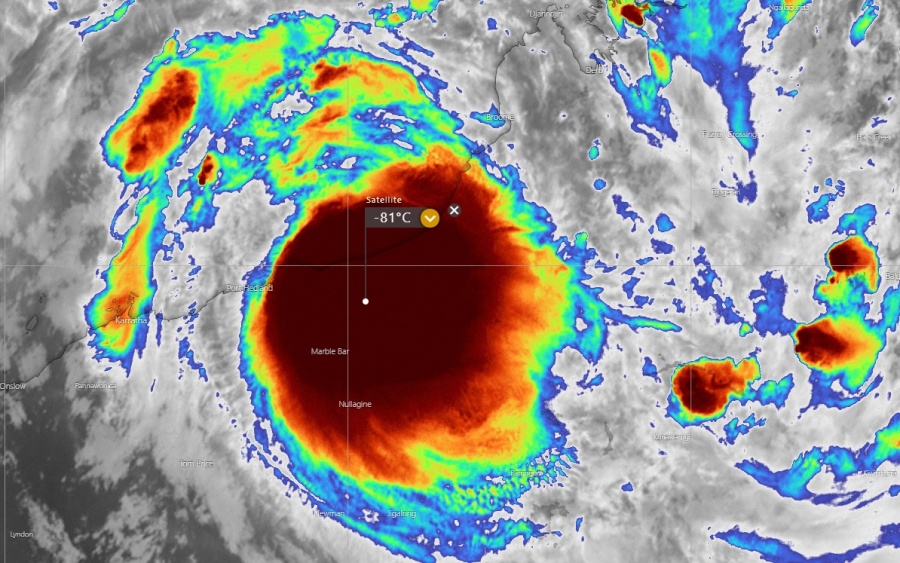 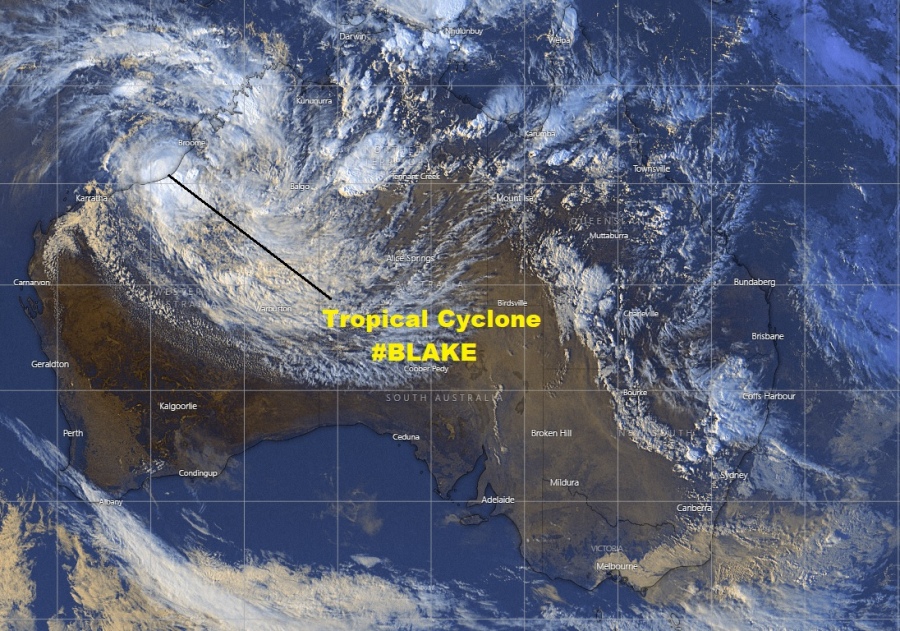 Here are nice graphics by CIMMS, indicating the fairly good amount of the atmospheric moisture flowing onto NW Australia with #Blake. It will definitely help to provide relief for the Australian wildfire disaster. 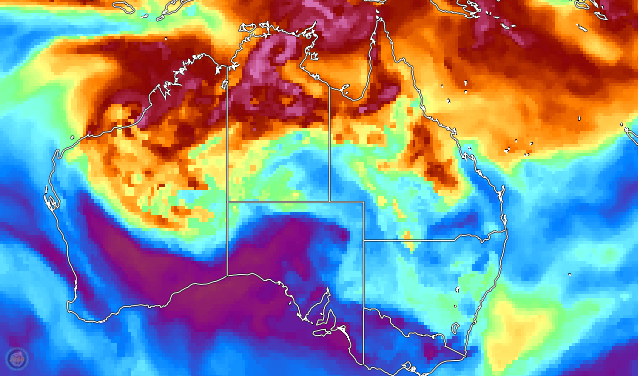 There is now also a new wave developing on the northern tip of Northern Territory state, it will likely lead into a second Tropical Cyclone of the season in the coming days. More on this shortly – stay tuned! 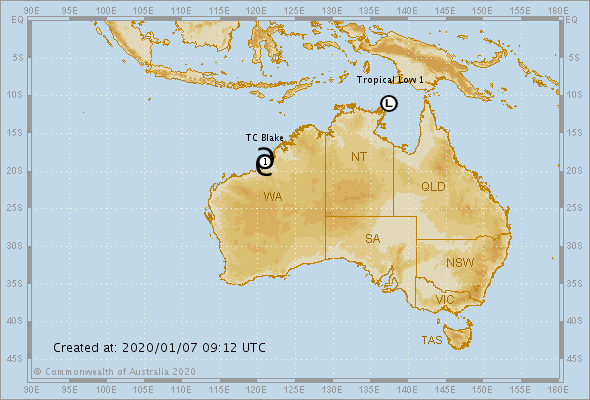