As we discussed yesterday, a Tropical Cyclone 06S has formed along the northern coast of Western Australia and it was slowly but steadily intensifying today. It is now packing winds of 50 knots / 60 mph with central pressure slightly below 990 mbar – this is officially a Category 1 equivalent tropical system – Tropical Cyclone #Blake. Western Australia’s first tropical cyclone of the season 2019/2020 will bring heavy rains and strong winds to the Kimberley region and also deliver much-needed moisture to limiting/reducing fires further inland. Blake made the first landfall north of Broome this morning and will go offshore again tonight and strengthen before the final landfall later on Wednesday.

Satellite imagery reveals still a large area of deep convection, partly over the coastal areas near Broome and further west offshore. The system is gradually strengthening. 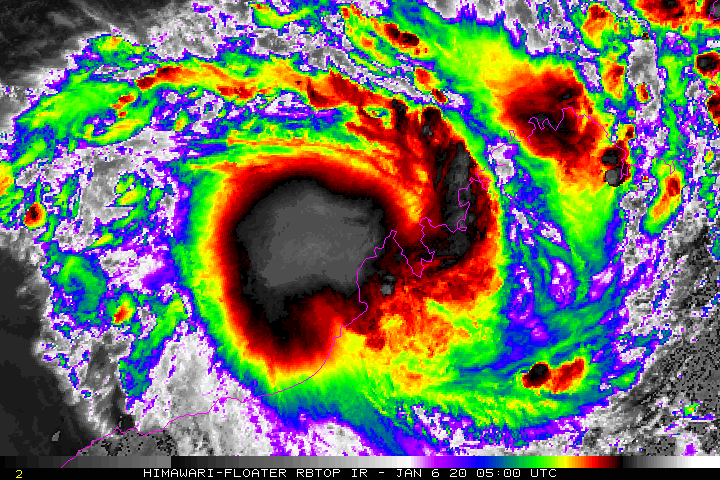 While eastern #Australia is dealing with a continuing fire catastrophe, the western part of the country is about to be hit by newly developed Cyclone #Blake. This relatively rural area will be hit with flooding rains and strong winds. @StormHour pic.twitter.com/DLV8CkQTTB

Advanced Dvorak Technique (ADT) analysis indicates a steady strengthening of the system with around 55 knots of maximum sustained winds and cloud tops temperature remaining below -75 °C. The system already has around 40 miles wind radii of 50 knots across all four quadrants. The NE and SE quadrants are strongly affecting the coast now.

Tropical Cyclone Blake will be steadily strengthening, likely into a Category 2 (55-60 knots) within the next 24 hours while drifting south-southwest with its center just off the coast of the northern parts of Western Australia. ECMWF and GFS models simulation of Blake’s track this week – both are pushing into far inland across Western Australia. However, notice another potentially dangerous cyclone forming along north Australia and drifting along the NW coast later on! 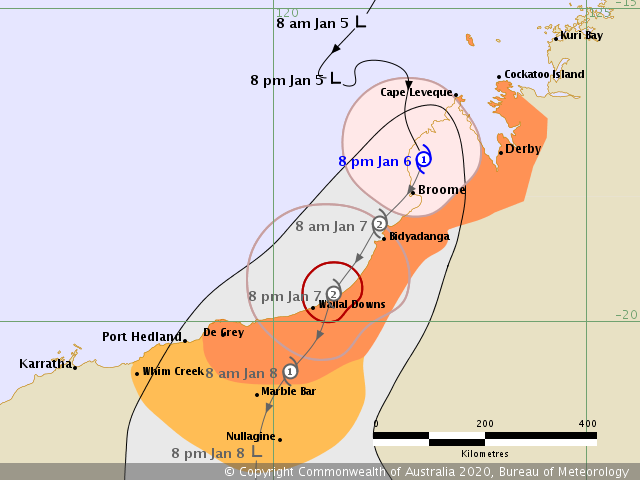 We will be updating more within the next 24 hours – stay tuned!