What 2019 tropical season is delivering is beyond impressive! An already extremely intense typhoon HALONG has continued its rapid intensification for additional 6 hours today and pushed the maximum sustained winds towards 190 mph, surpassing the devastating hurricane Dorian. Halong has probably peaked its strength today. As the sea surface temperatures remain favorable at 29 °C (84 °F), the typhoon indeed had simply perfect conditions available for its rapid intensification during the past two days. Typhoon is now making its north turn and then towards northeast after tomorrow. It will soon begin its weakening trend while gradually accelerating within stronger deep-layer shear and cooler sea surface temperatures along its track.

What is also very impressive is typhoon’s extreme rate of rapid intensification since yesterday – Halong intensified from a 120 mph Category 3 into a 180 mph Category 5 in 24 hours (that is 60 mph increase!). 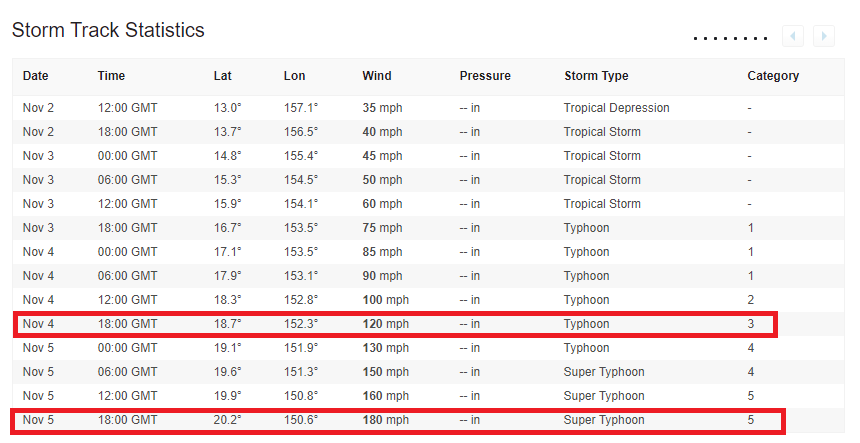 Attached are several most impressive satellite images today, revealing a remarkable stadium effect of the thick eyewall, while cloud tops temperature was even below -80 °C. Halong has a 10-20 miles wide eye and is located in an extremely favorable environment with robust poleward upper-level outflow and low vertical wind shear. Based on the latest satellite analysis, Halong is undergoing an EWRC as the eye begins to wobble around its center and shrinking. This will likely collapse the inner eyewall and the outer eyewall will replace it. After EWRC is completed, the strongest winds will expand across the much bigger area but the overall strength of the typhoon will not return to the peak values reached today. 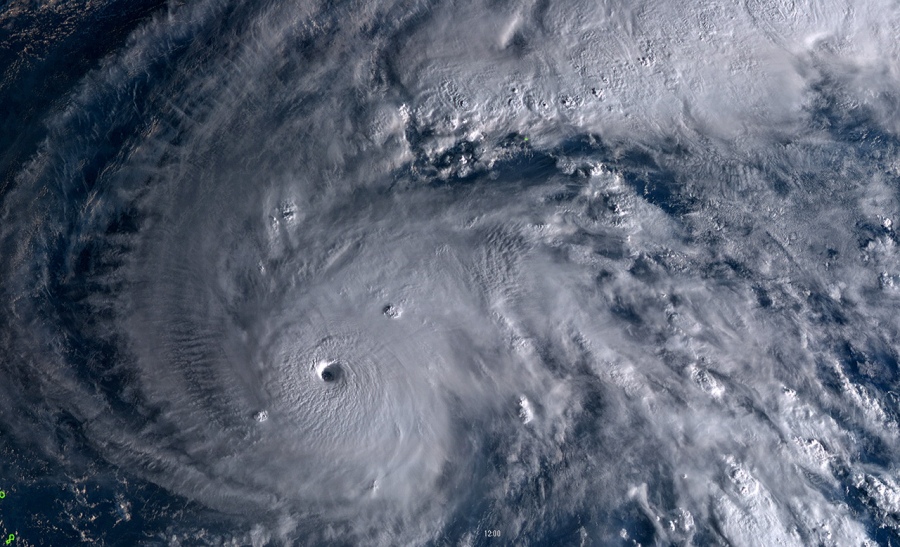 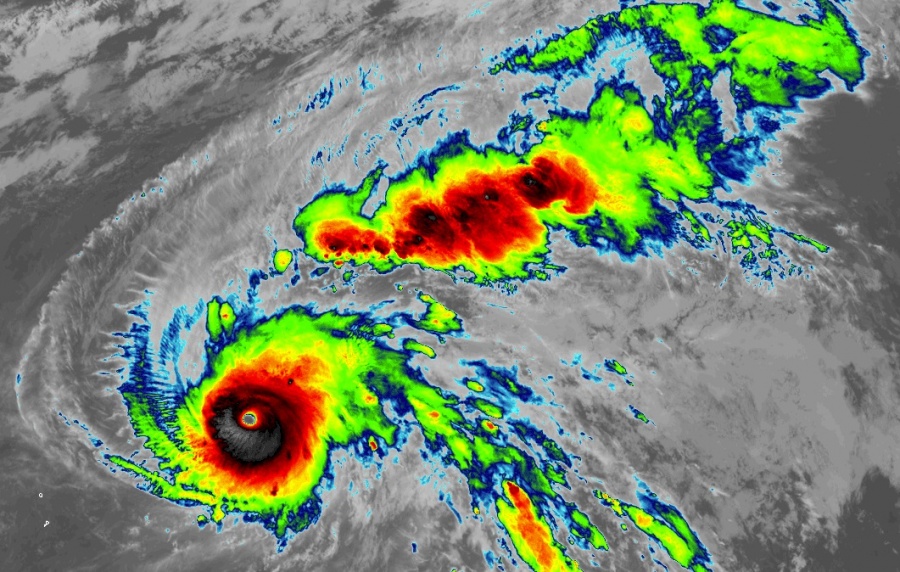 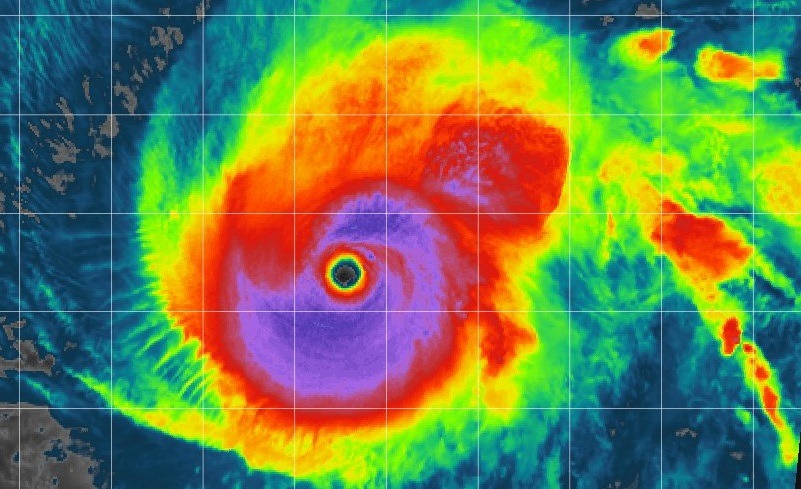 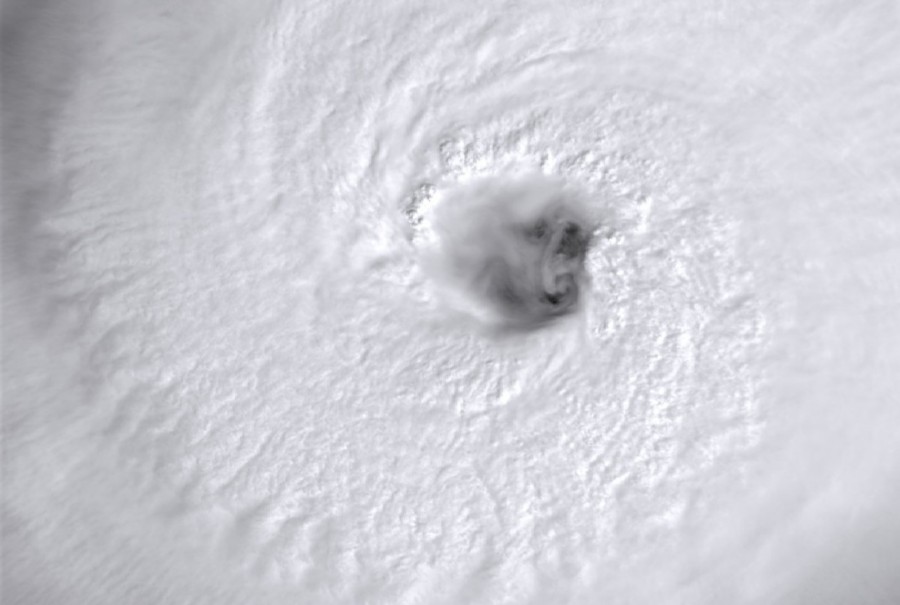 It's no stretch to say Super Typhoon #Halong this morning is one of the strongest storms observed *globally* since satellite records began in 1979. An extreme event, but thankfully no threat to land. (satellite via @UWSSEC) pic.twitter.com/IZ2vUIGcvd

The Advanced Dvorak Technique ADT analysis revealed an outstanding near 165 knots / 190 mph maximum sustained winds today, with a central pressure near 892 mbar. On the other hand, the Atlantic hurricane Dorian, which destroyed the Bahamas in September, had maximum sustained winds of 160 knots / 185 mph. Raw T number reached almost 8, which is remarkably high! Ocean Heat Content (OHC) analysis indicates Halong will stay in still very favorable sea waters environment for another 24 hours, so any significant weakening is not likely until Thursday morning local time. However, more Eyewall Replacement Cycles (EWRC) are possible until then which would result in fluctuating intensity. 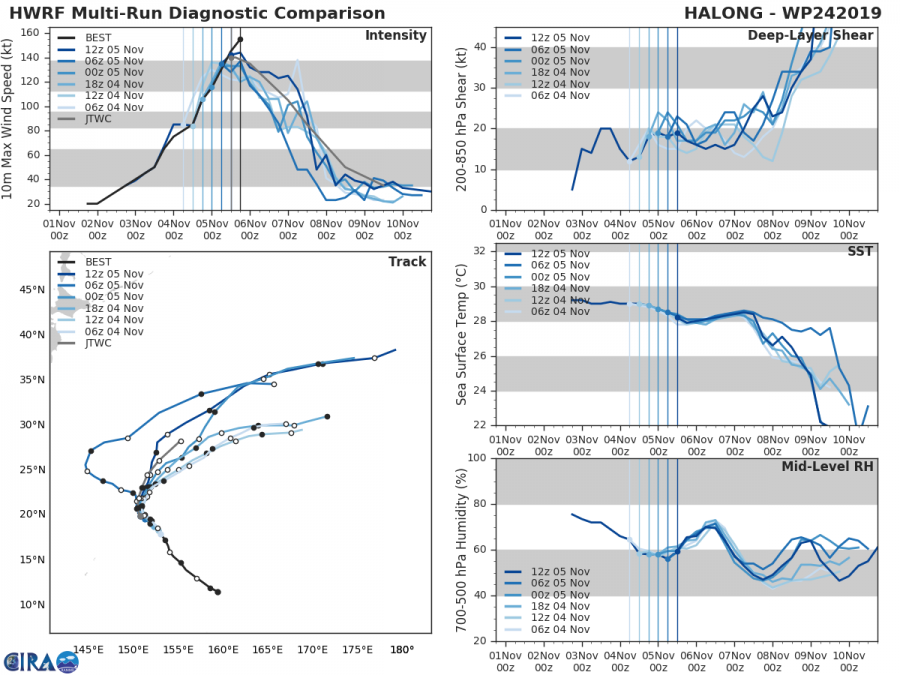 Although Halong remains away from any land areas, it is an utterly impressive system and gives us spectacular opportunities for future studies on these events. We will continue monitoring its behavior through the coming days and will keep you updated – stay tuned!

Aside note; trends through the past years definitely suggest the Saffir-Simpson scale might need some upgrades soon – with so many tropical systems peaking into 170-190 mph range, a *Category 6* level wouldn’t be a bad idea. Keep in mind that every storm coming above 155 mph becomes a Category 5, which is 30+ mph difference from Halong’s intensity today! While the threshold for Category 4 is 130 mph, so 25 mph window.