October 2019 was quite a wild ride as far as Arctic sea-ice goes. It started as the 3rd lowest on record, and it finished in monthly average as record lowest October on record! Currently we are seeing fast expansion, as over 2.5 million km² of fresh sea ice has formed in the past two weeks!

October began at 3rd lowest extent on record, being surpassed only by 2007 and 2012. The temperatures over the North pole however were vastly above normal, which delayed the sea ice expansion to such a degree, that the sea ice extent levels were record low for this time period. By the end of the month, only 2016 recorded lower values for the last few days. 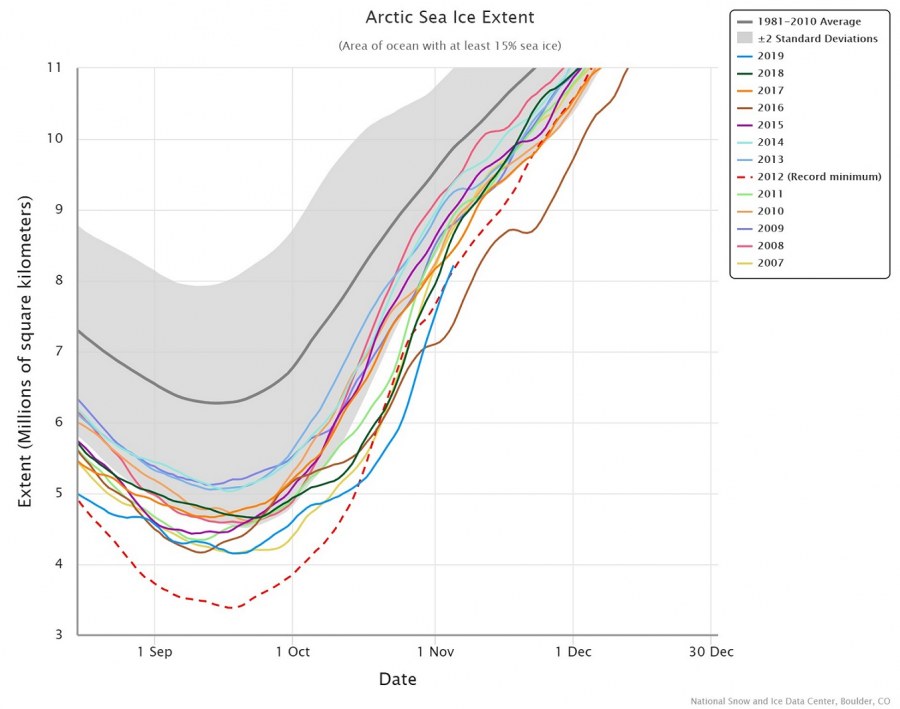 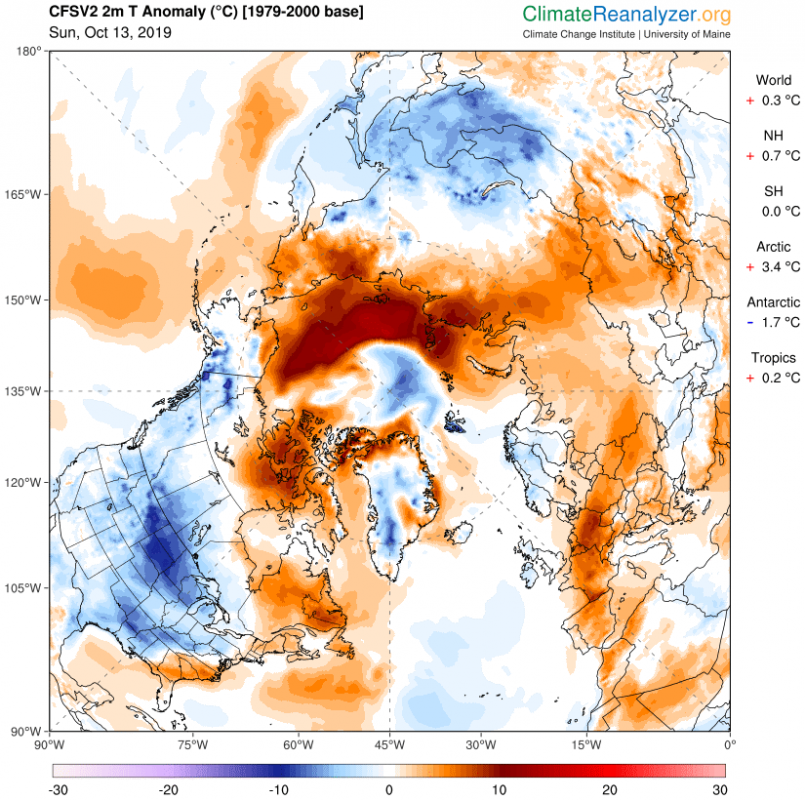 But despite the fast sea-ice growth starting by the end of the month, the October monthly average finished as record lowest, continuing the long term trend of Arctic sea-ice decline, resulting from the overall climate change and “Arctic amplification” process. 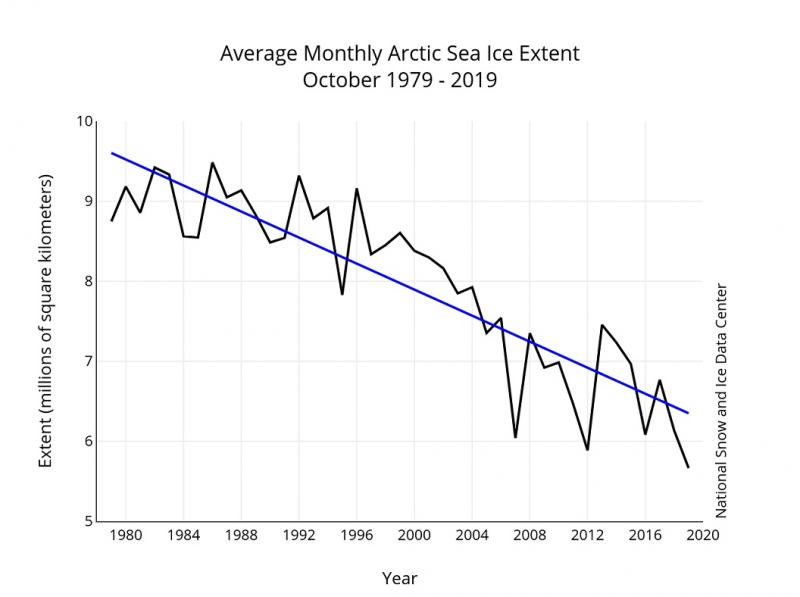 As mentioned above, the past two weeks saw rapid sea-ice growth along the coast of Siberia. The pressure patterns have changed temporarily, which allowed fresh sea-ice to form in a rapid pace. Over 2.5 million km² of fresh sea-ice has formed from October 20th to November 4th. 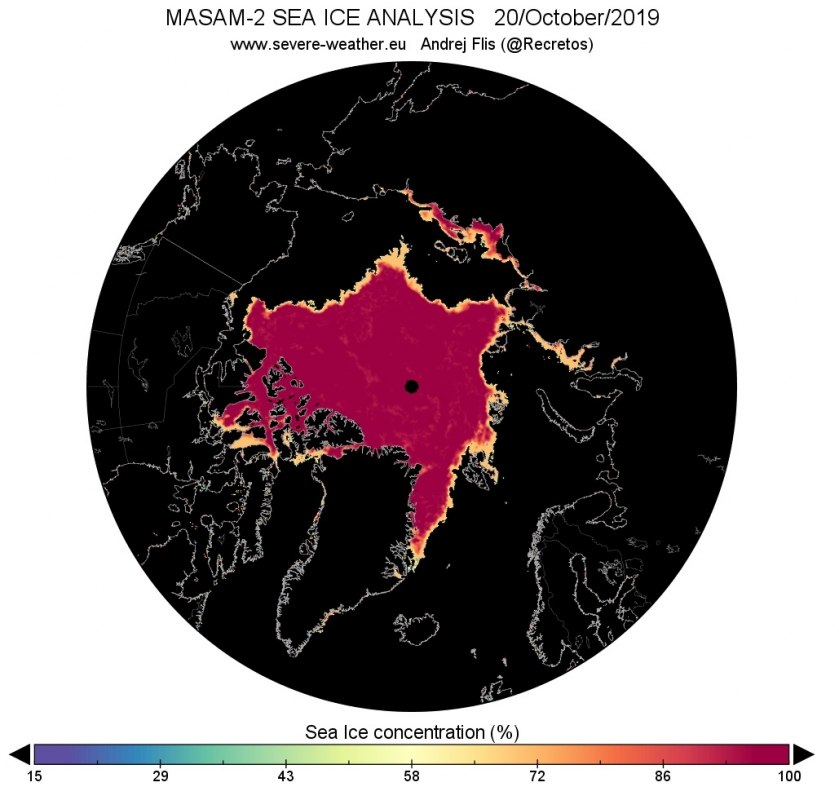 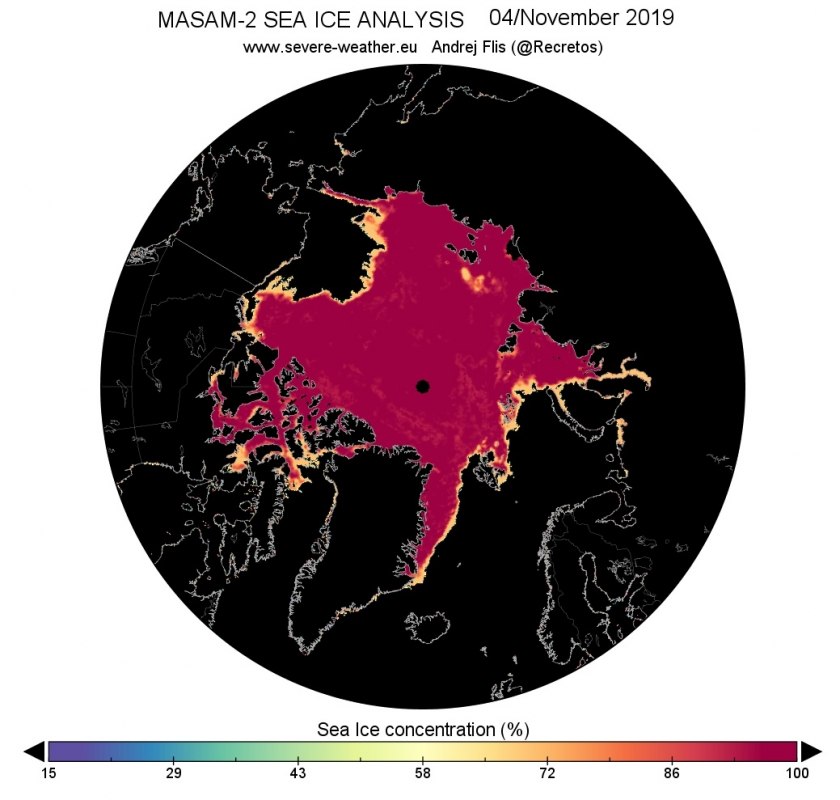 Comparing the two periods, we get a very clear picture where exactly the fresh sea-ice has formed. We can see a fast increase in sea-ice concentrations, pretty much around the entire Arctic circle. But the total sea-ice extent is still running well below average, as we can see open waters in Chukchi and Beaufort Seas. The first week of November is still 3rd lowest on the 40-year record. 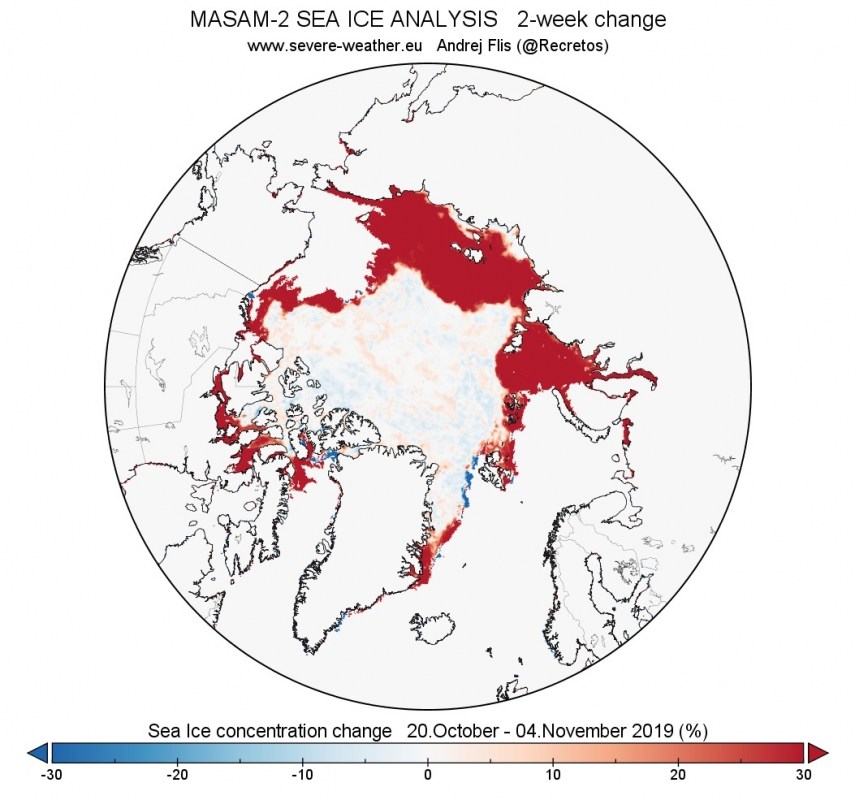 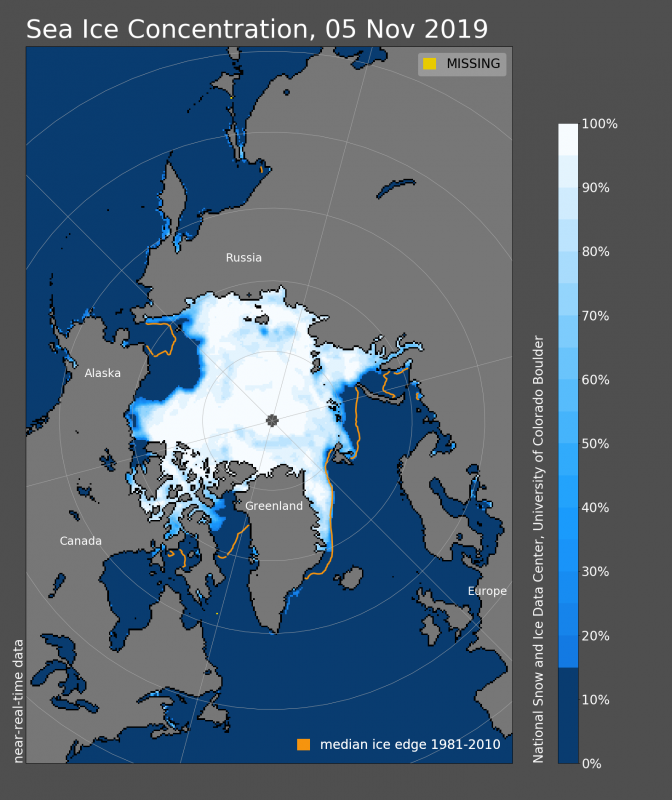 Despite the fast sea-ice growth in the past days, the overlying problem is hidden from plain sight. If we look at the age of the ice cover, we can see less and less of the old “core” ice. What we see, is fresh 1-year ice forming, which is much more easier to melt than the older ice. The graphic from NSIDC nicely shows the reduction of the core “old ice” in the Arctic. It is not impossible for this old sea-ice to recover, but considering the latest trends, it does not look likely that we will see a fast expansion of the old ice any time soon. 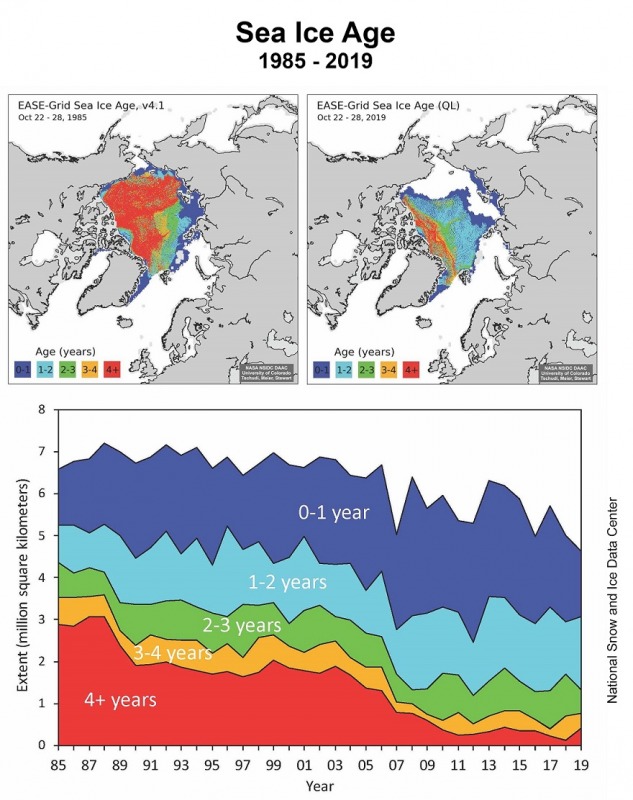 In case you missed, check our latest article on the upcoming winter,  where we look at long range model forecasts, and latest trends:
WINTER 2019/2020 MODEL FORECAST