Hurricane Marco in strengthening in the Gulf of Mexico. It is heading towards the potentially dangerous landfall on the Louisiana coast on Monday.

Primarily, the rainfall/flooding threat will develop, rather than severe damaging winds with this hurricane. Huge amounts of rainfall are likely to be expected across southern Louisiana.

1. Hurricane conditions, life-threatening storm surge, and heavy rainfall are expected from Marco along portions of the Gulf Coast beginning on Monday, and Hurricane and Storm Surge Warnings have been issued. Interests in these areas should follow any advice
given by local government officials.

2. Tropical Storm Laura could bring additional storm surge, rainfall, and wind impacts to portions of the U.S. Gulf Coast by the middle of next week. This could result in a prolonged period of hazardous weather for areas that may also be affected by Marco. Interests there should monitor the progress of Marco and Laura and updates to the forecast during the next few days.

On the morning of Aug 23rd, the system was packing maximum sustained winds of 60 knots (70 mph). The minimum central pressure was around 994 mbar. 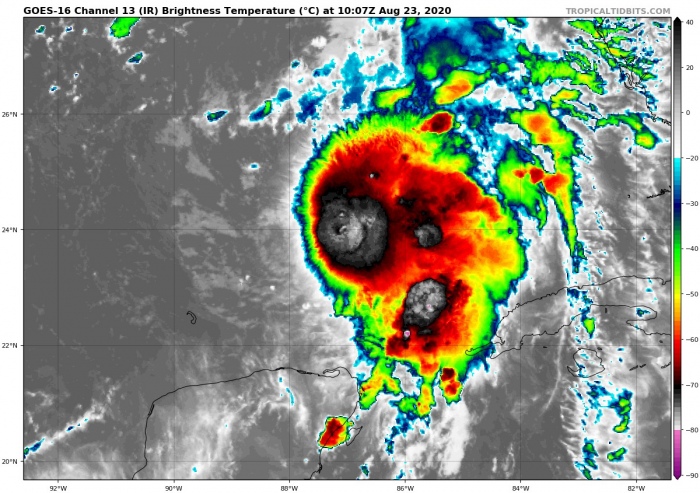 Advanced Dvorak Technique (ADT) estimates are indicating that there is a 50-65 miles wind radii of 34-knot winds across all four quadrants present this morning. 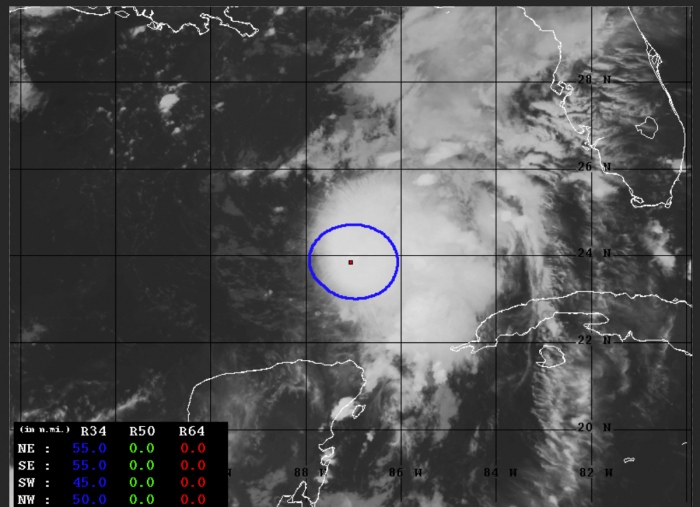 The system continues gradually strengthening. Fluctuations in the intensity are visible, mainly due to occasional explosive bursts of convection. 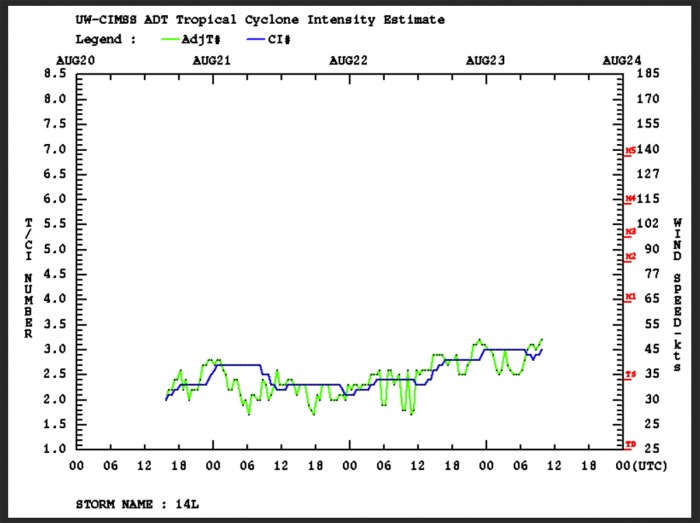 Tropical Storm Marco is located in a very favorable oceanic environment for its further strengthening prior to landfall in Lousiana Monday. The Ocean Heat Content (OHC) map is indicating very hot seas along Marco’s path. Especially the next 12 hours are crucial, so intensification into a hurricane Marco is quite likely. 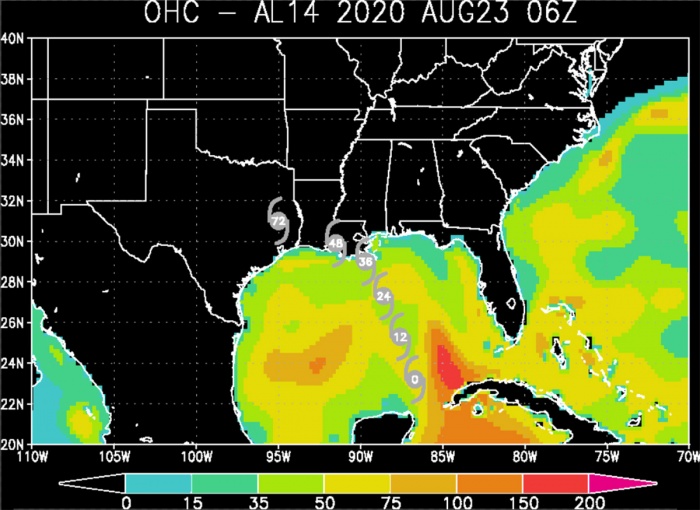 Marco will be moving north-northwest today and is expected to make landfall in southern Louisiana on Monday. The exact area of landfall is still not defined completely. However, it is almost certain the center will move ashore on the Louisiana coast. Potentially with hurricane strength.

National Hurricane Center is forecasting the system is likely to make landfall as a Category 1 hurricane on Monday early afternoon. 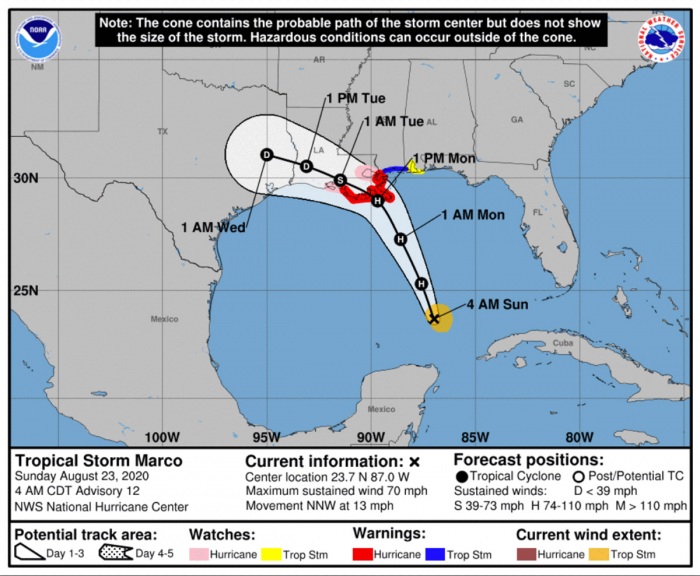 The primary threat with the forthcoming hurricane Marco will be the torrential rainfall and therefore the flooding threat. High-resolution models are simulating up to potentially 250-300 mm (10-12 inches) will be possible across the coastal areas. Flooding could be severe. 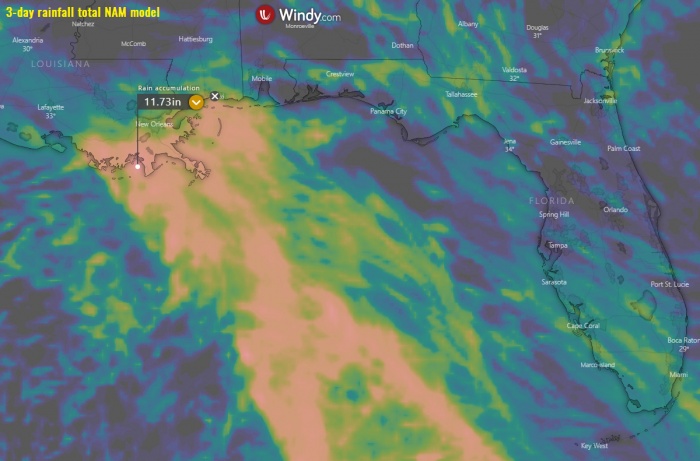 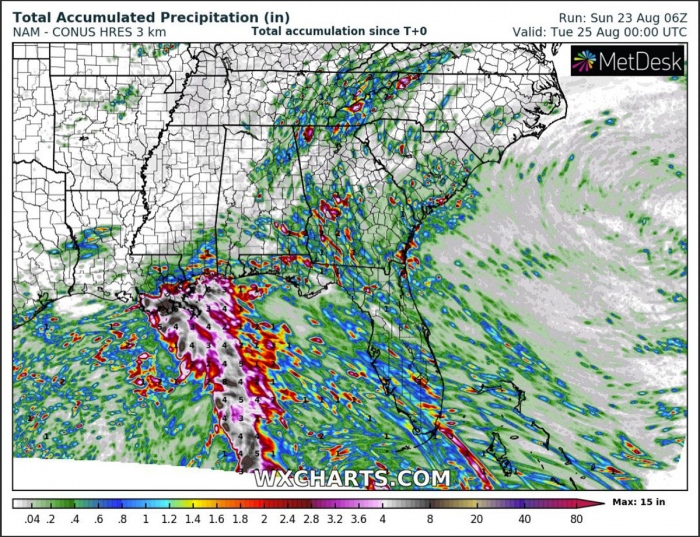 The potential is increasing that Marco could bring dangerous flooding but also severe winds into the Louisiana coast. Attached are the approximate arrival times of tropical storm winds towards Lousiana’s landfall on Monday. 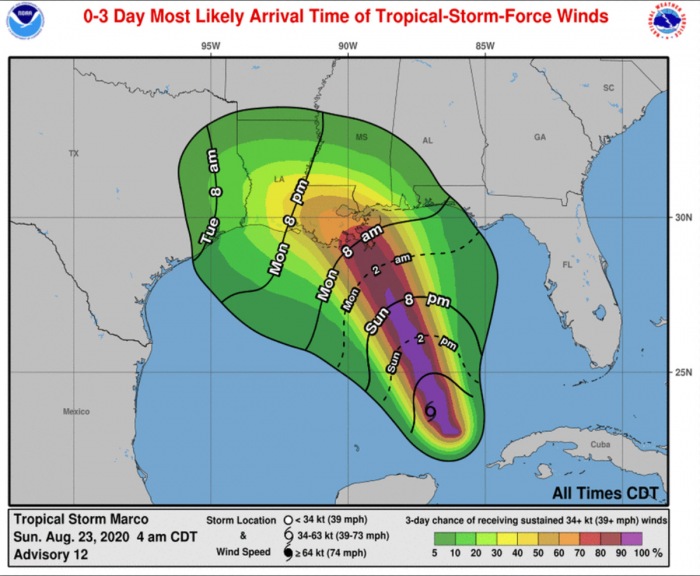 The NAM model is hinting a Category 1 hurricane-force winds could be associated with Marco until it reaches the Louisiana coast south of New Orleans. Storm surge threat will develop. The threat is dependant on the exact track of hurricane Marco towards the potentially dangerous landfall. 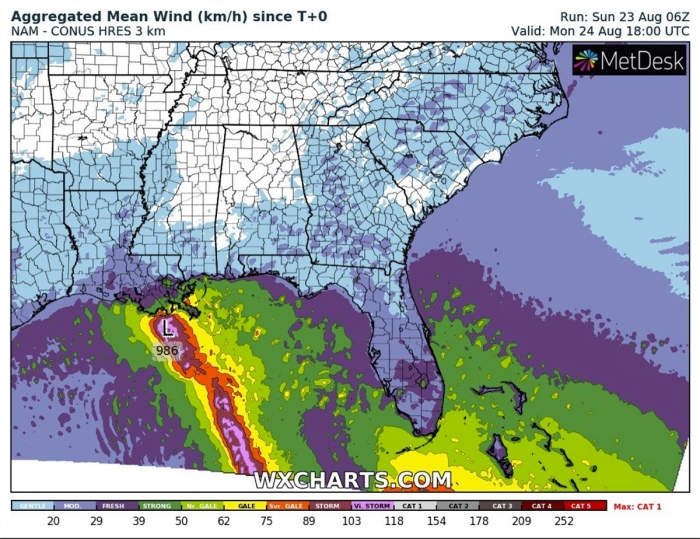 The western Atlantic activity has ramped up this week. The reason is the increasingly conducive environmental conditions coincide with Madden-Julian Oscillation for this part of the tropics. There is a Tropical Storm Laura over Hispaniola, scheduled to reach the Gulf of Mexico over the next 48 hours. It is expected to head for another dangerous landfall along the Gulf Coast by mid-week.