The Gulf Coast should see the impact of a new system Hanna this weekend. The system is currently intensifying in the Gulf of Mexico, expected to become a Tropical storm Hanna, on Friday morning. Conditions are coming together for heavy rain and flooding threat for the Gulf Coast from Louisiana through south Texas in the coming days.

The system is still a tropical depression but is expected to be upgraded into a Tropical storm Hanna tonight. It is packing maximum sustained winds of 25 knots (30 mph), gusting to 35 knots. The minimum central pressure is around 1009 mbar. Deep convection is visible within the compact cluster of storms.

The National Hurricane Center (NHC) is forecasting Hanna to become a Tropical Storm tomorrow morning, Friday, July 24th. Above the normal Gulf of Mexico, waters are feeding the storms and therefore support further strengthening of the depression. Hanna should maintain its Tropical Storm strength until landfall in southern Texas on Saturday morning. 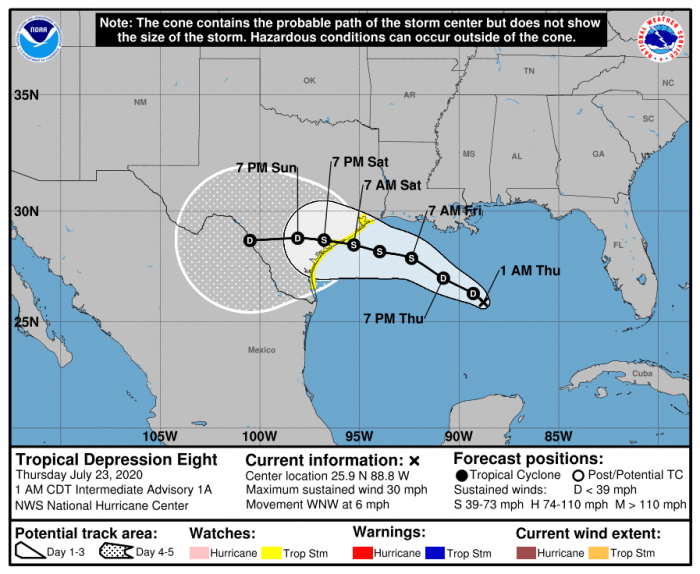 Conditions are closely monitored for the upgrade into a Tropical storm, which would enhance flooding potential for the Gulf Coast. The likely impact is the coastal areas of Louisiana and Texas. 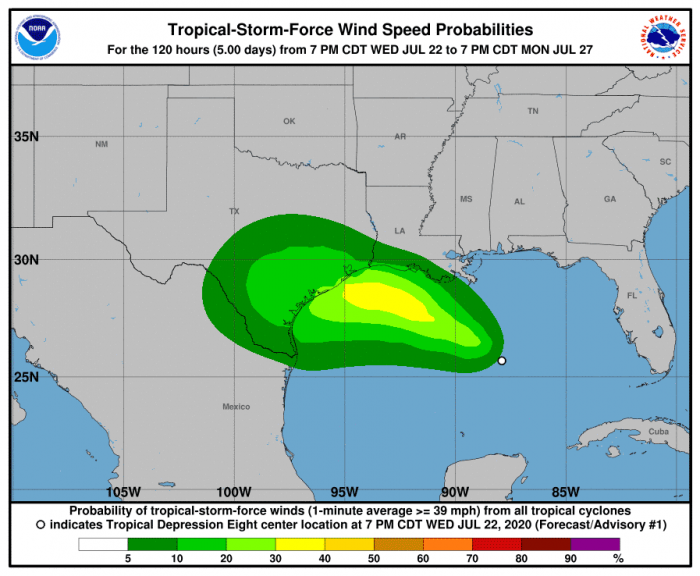 Attached is the various model forecast for the intensity of Hanna over the next few days. 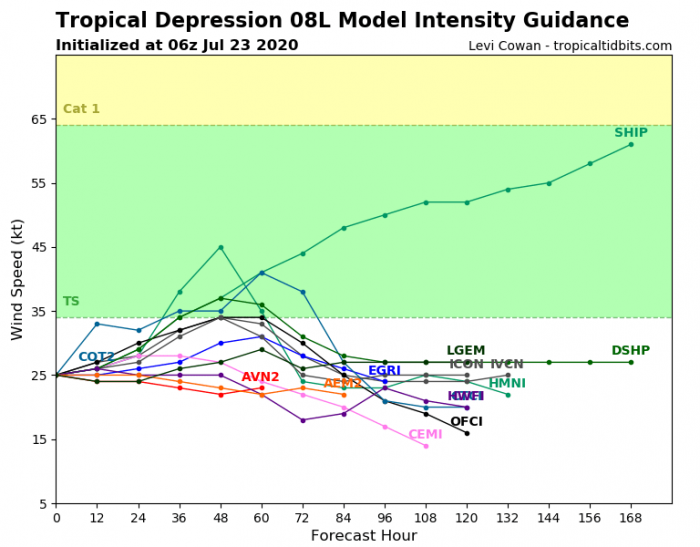 Rainfall threat for the Gulf Coast

After the upgrade to a Tropical Storm Hanna by Friday morning, the future track should bring is towards the west-northwest. The landfall is expected in southern Texas near Corpus Cristi on Saturday. There is an increasing risk of wind and especially rain impacts in portions of the Gulf Coast, from Louisiana to Texas. A Tropical storm watch has already been issued for the Texas coast. 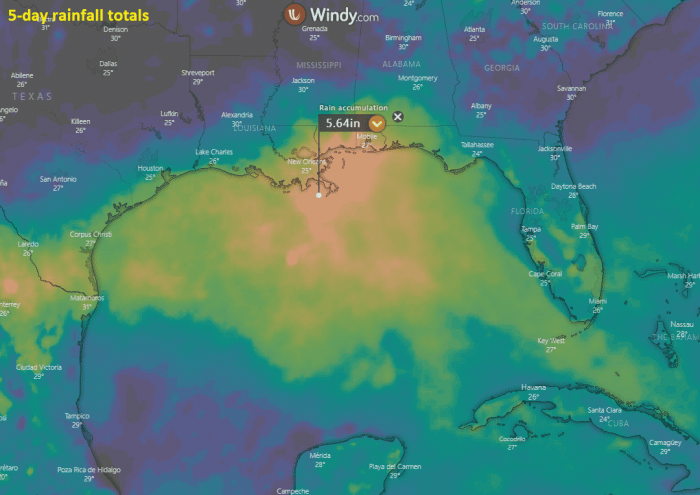 We are monitoring further development of Hanna – stay tuned for any additional updates if significant changes occur before the landfall on Saturday.

Tropics are very active lately. In both the Pacific and Atlantic oceans. Besides the Major Hurricane Douglas, there is a developing hurricane Gonzalo, approaching the Lesser Antilles this weekend. The system could become another powerful hurricane later and could turn towards the Gulf of Mexico next week. Impact on the United States is possible as well:

There is a Major Hurricane Douglas grazing across the eastern Pacific. It is likely to impact the Hawaii archipelago on Sunday!