Tropical Cyclone #Herold has maintained its 75-80 knots intensity today, while the central pressure is around 972 mbar. It is moving southeast now with an accelerating rate and expected to affect both Mauritius and Rodrigues islands. Its track tomorrow will be very near Rodrigues island, so a potentially dangerous situation could evolve over the island. Mauritius will be mostly saved with severe winds, but heavy rain and floods can still occur. 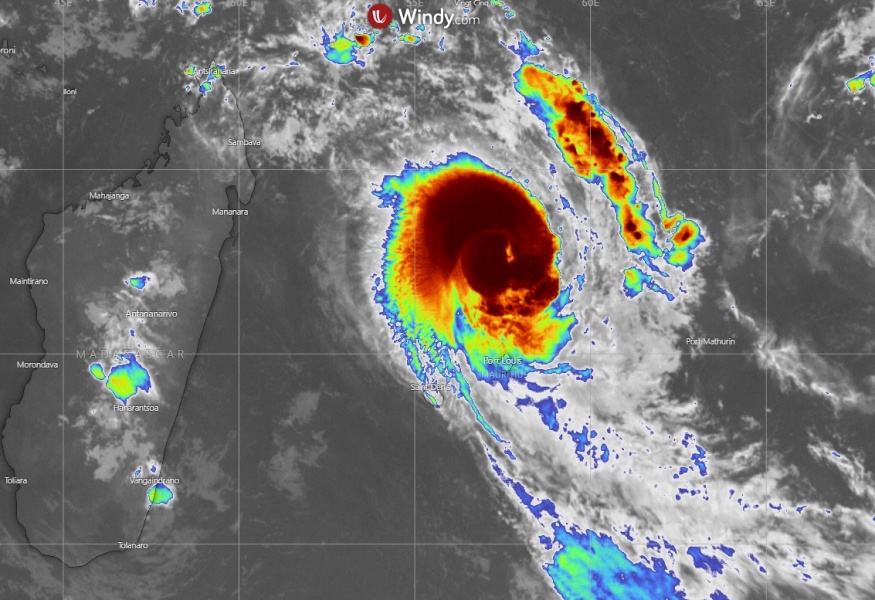 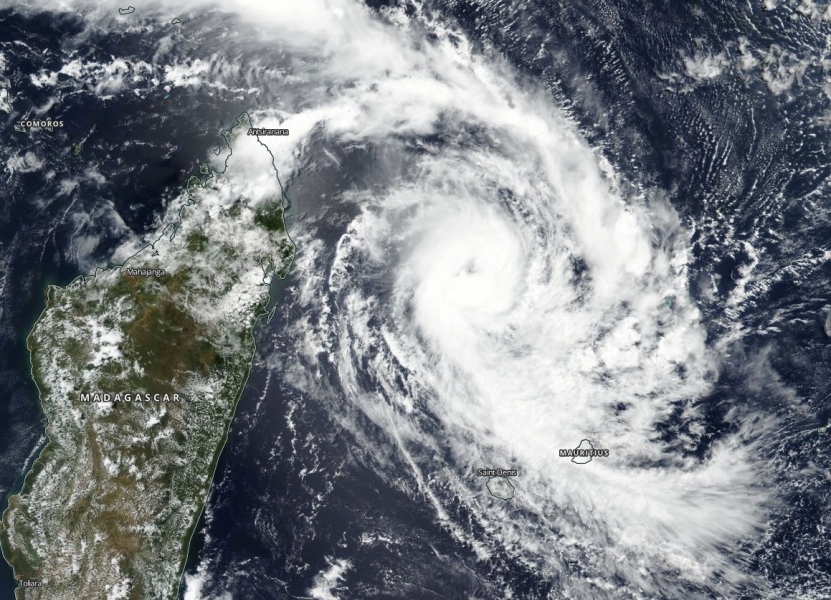 Advanced Dvorak Technique (ADT) estimates analysis indicates the 64-knot hurricane-force winds are developed across the NE and NW quadrants, across 10-15 miles wind radii. 20-35 miles radii of 50-knot winds is extending around the center.

Herold should follow its straight southeast track over the next few days, passing with its center very near Rodrigues island tomorrow afternoon (Tuesday) local time. The JTWC agency forecasts it to be with 65 knots of sustained winds by that time.

GFS and ECMWF models are both indicating that Herold will remain an intense tropical cyclone while passing between Mauritius and Rodrigues island. Herold’s wind maximum will likely be closer to Rodrigues island than Mauritius, and so will be the major waves and storm surge produced by the system. ECMWF model remains more robust than GFS, also much deeper and closer to reality given its good correlation with the current observational data. 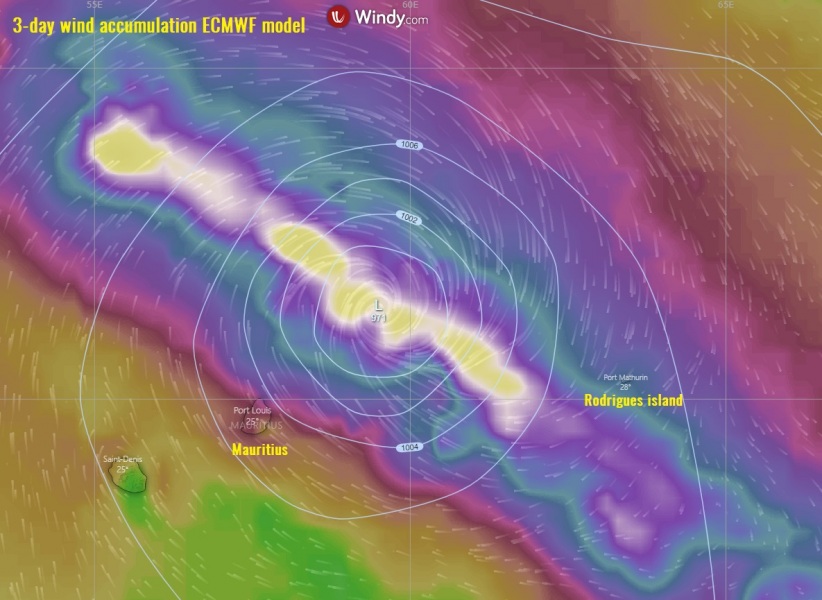 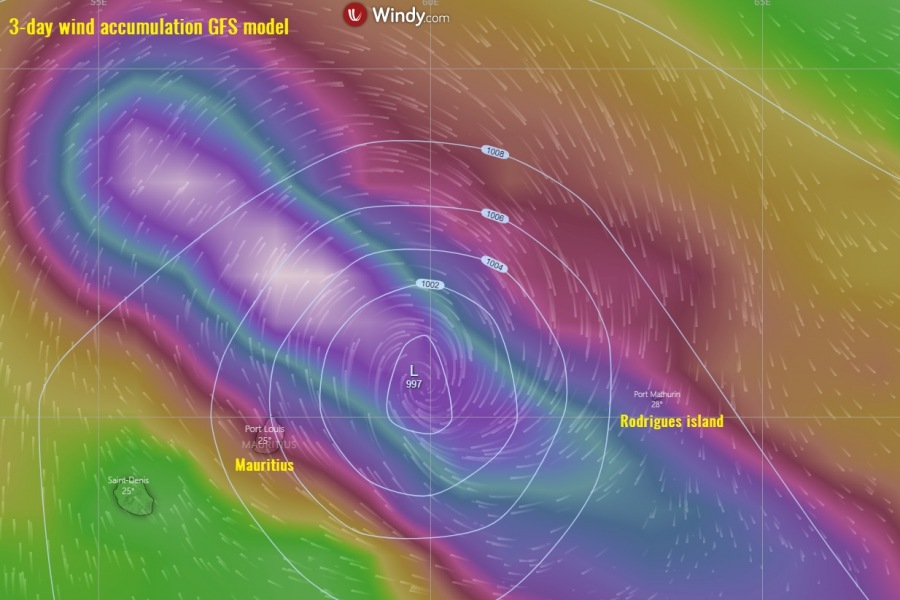 Herold is producing a lot of precipitation within the deep convective storms, rotating around the center. The most excessive rainfall is placed in the narrow band along its future path which should also partly affect Mauritius. Flash floods could occur there. Attached is the ECMWF model guidance: 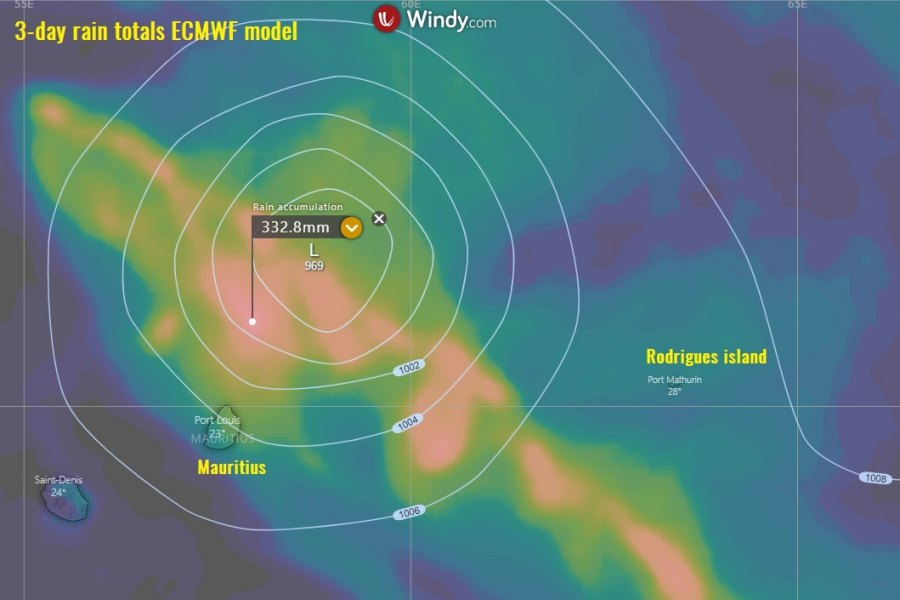 A tropical depression #91S is organizing along northeast Madagascar, the potential is increasing it could become a *violent* Tropical Cyclone while traveling across Southwest Indian Ocean 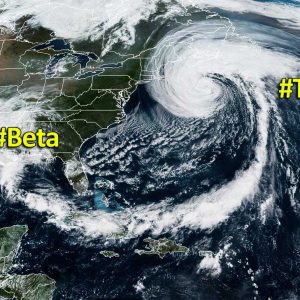 Busy hurricane season 2020 continues. We are out of traditional hurricane names, moving into the Greek alphabet

«Next Post Week 03-2020 (Jan 13th – Jan 19th) Contest Winners
A very warm period across a large part of Europe this week, locally more than 20°C again. But much colder across the UK, Ireland, and Turkey Previous Post»