An extensive upper-level Omega blocking pattern is establishing across a large part of Europe this week. It will bring spring-like weather across the east and central Europe, partly also over southern Europe. Afternoon temperatures will locally exceed 20 °C. Cold weather develops over UK and Ireland, persisting over Turkey as well.

An Omega blocking pattern is developing over the European continent this week, with strongly positive geopotential heights across central Europe. The ridge will be the strongest through mid-week, then begins collapsing towards the weekend. A deep upper low persists over Turkey. During the second half of the week, ridge strengthens over North Atlantic and pushes cold outbreak into western Europe. 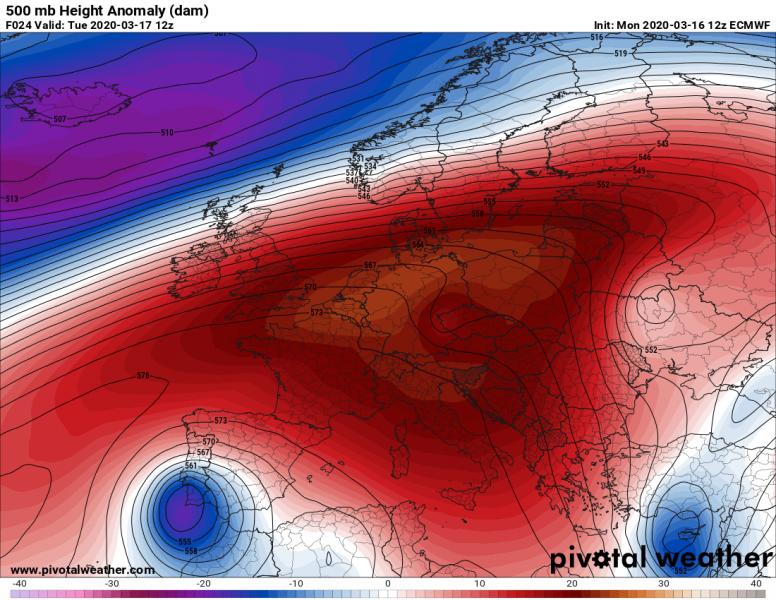 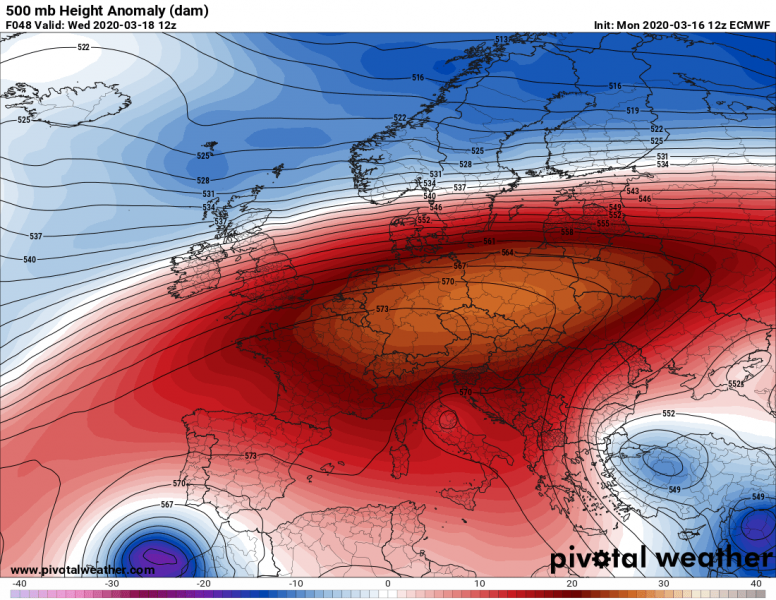 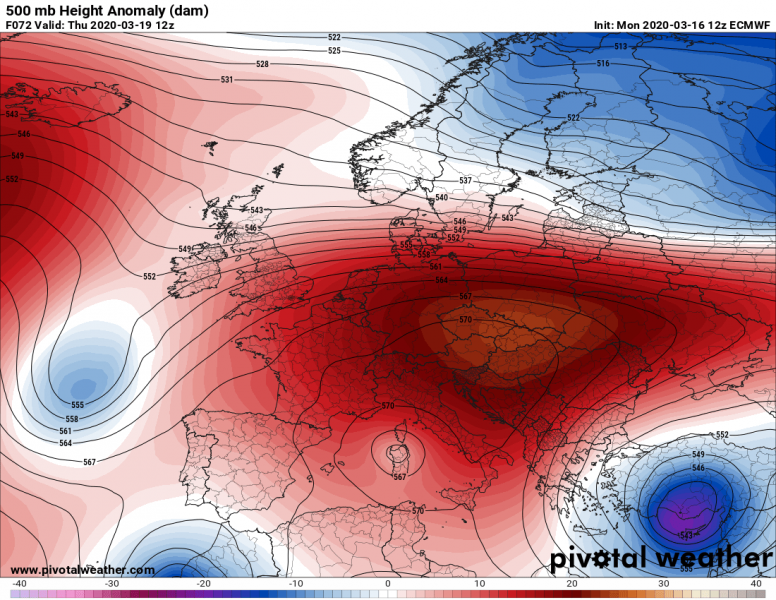 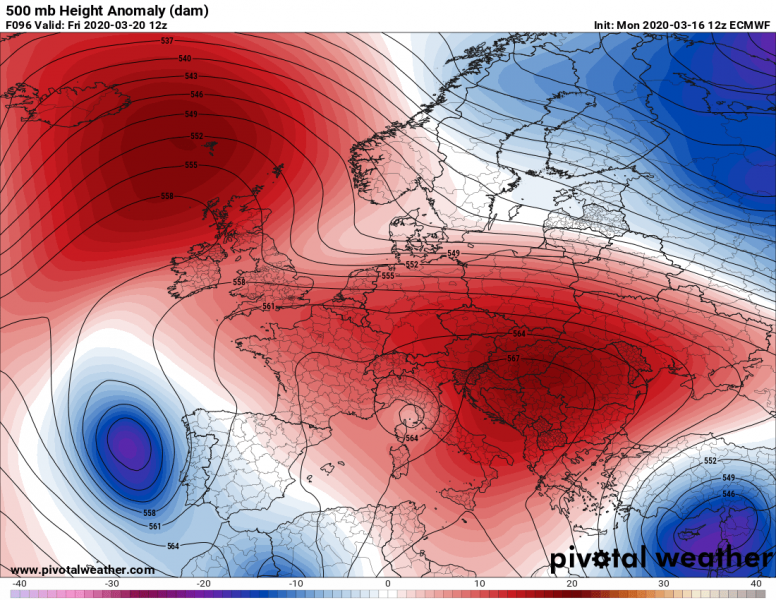 Here is the 850 mbar and 2m temperature anomaly comparison until the weekend. Models are indicating the air mass will be very warm, even significantly warmer than mid-March average is many areas across east-central Europe during the daytime. The upper low over Turkey results in very cold weather there! 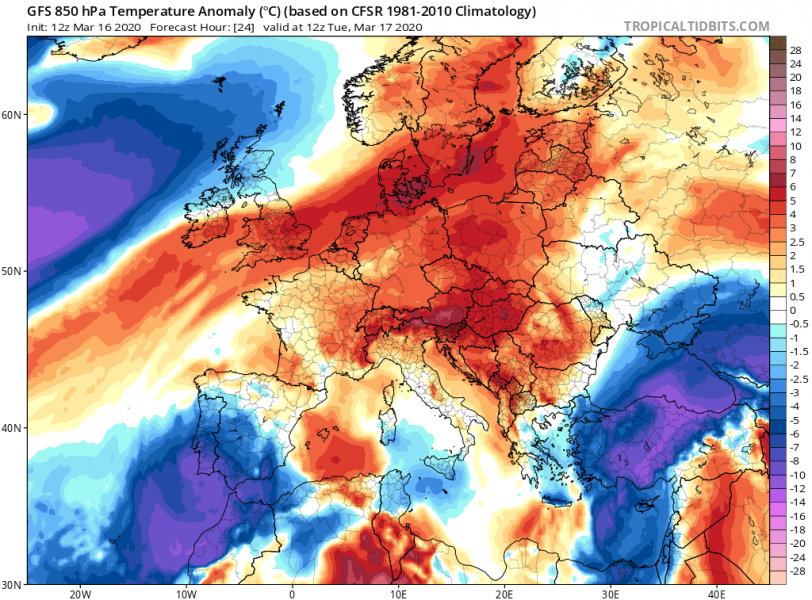 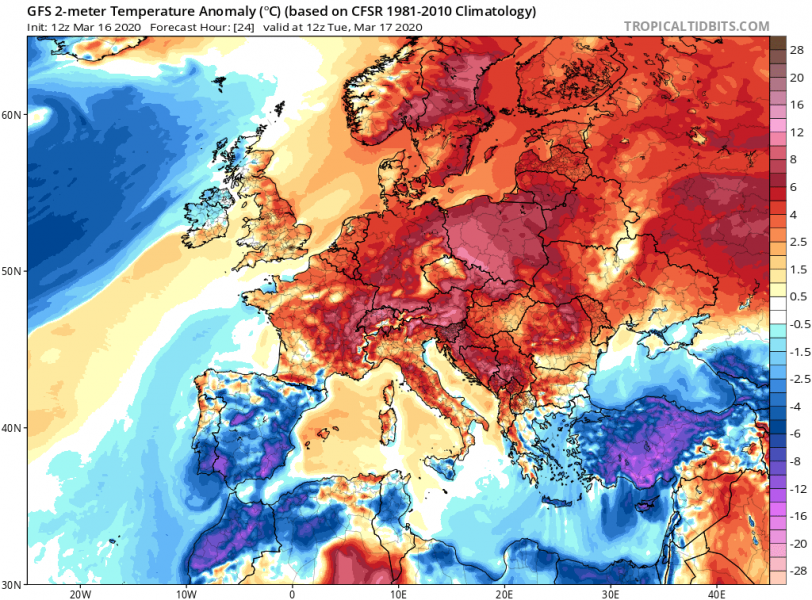 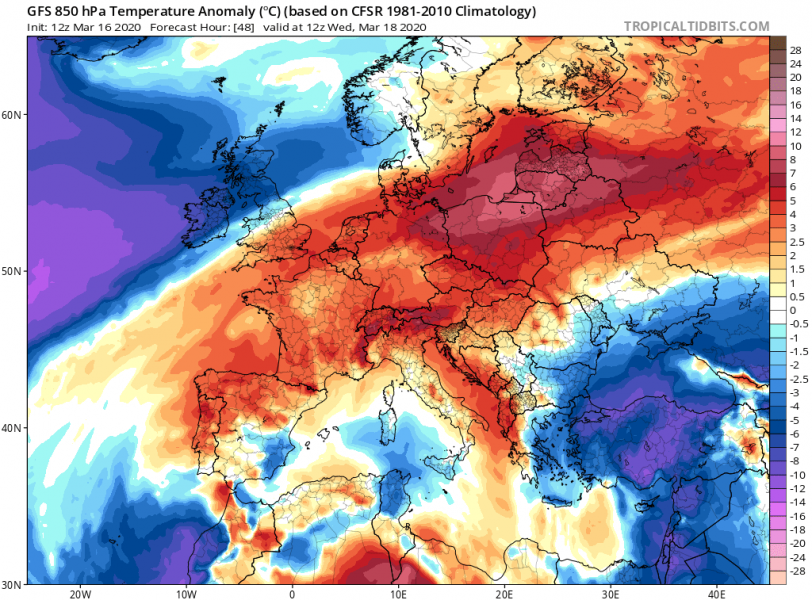 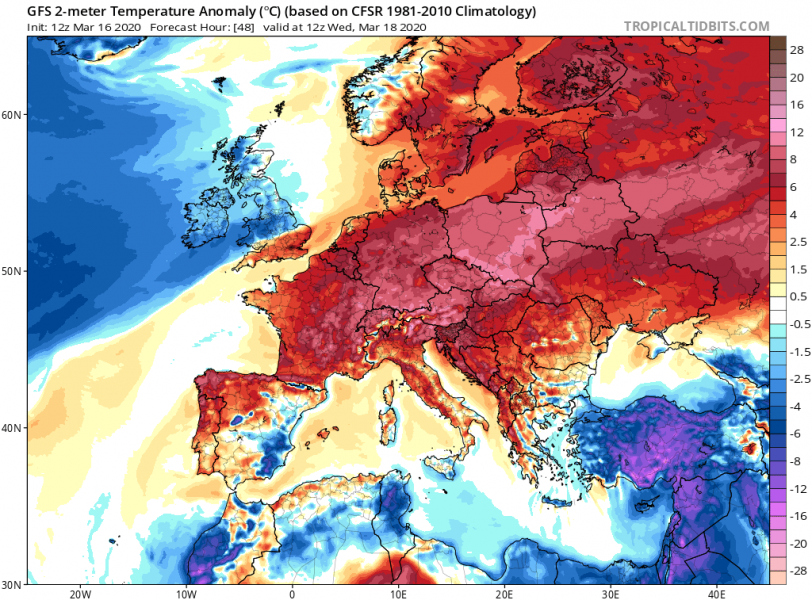 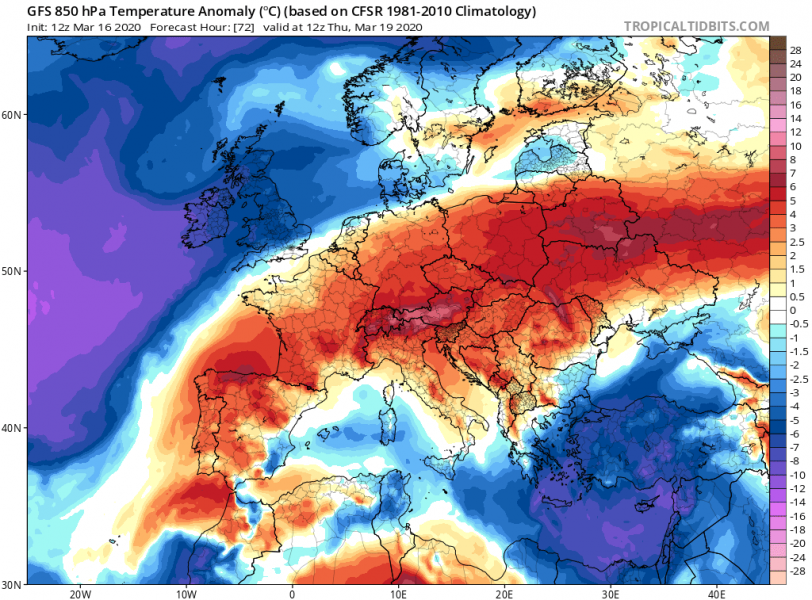 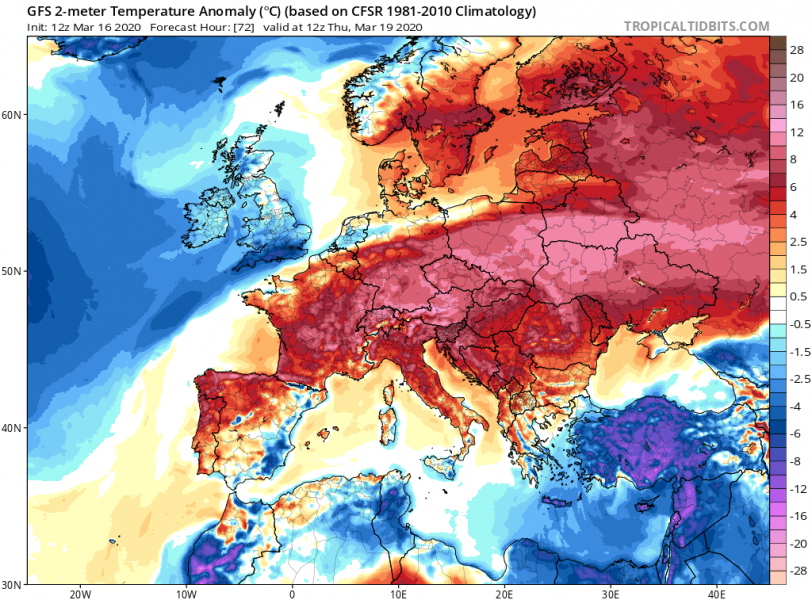 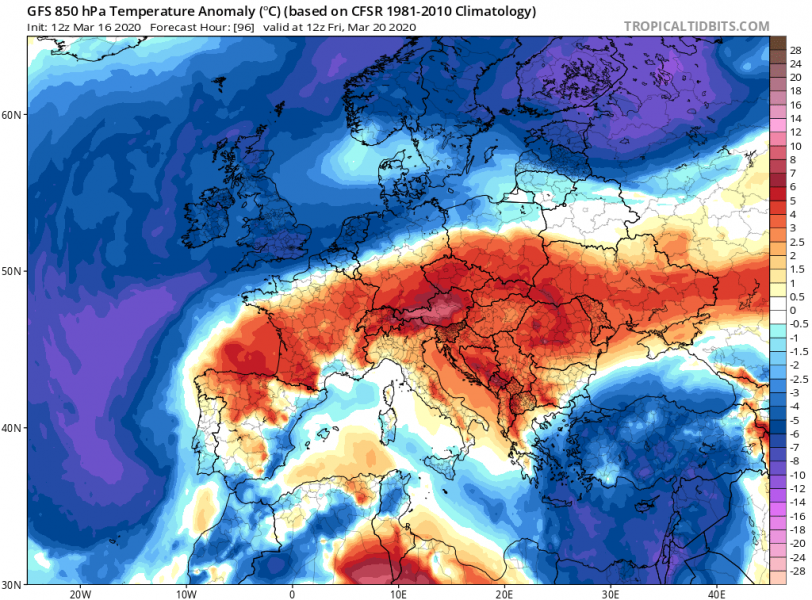 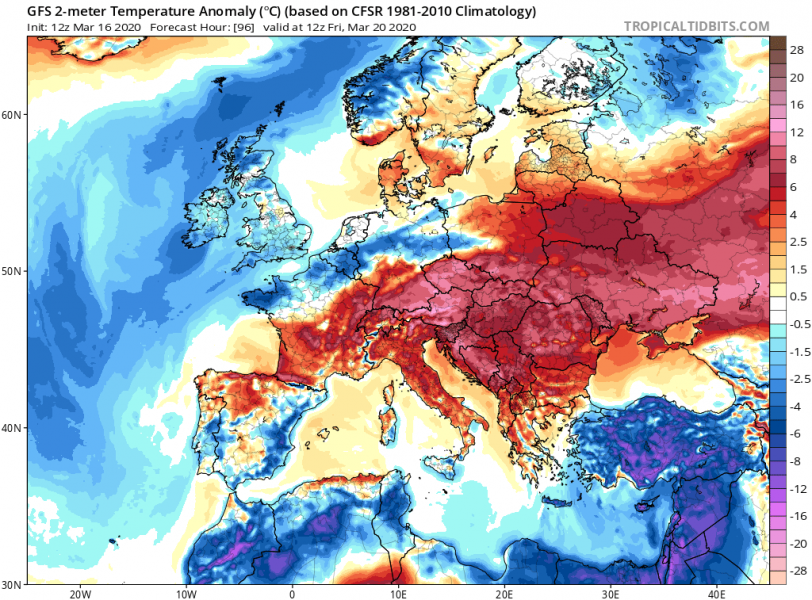 The peak afternoon temperatures will be in the upper 10s across many countries, even more than 20 °C locally from Tuesday through Friday. A strong cold advection pushes into weatern Europe from the North Atlantic. 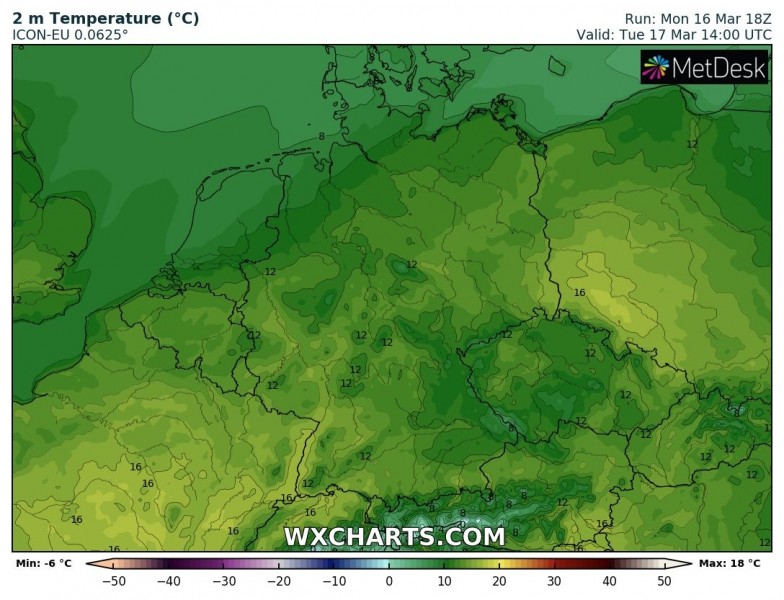 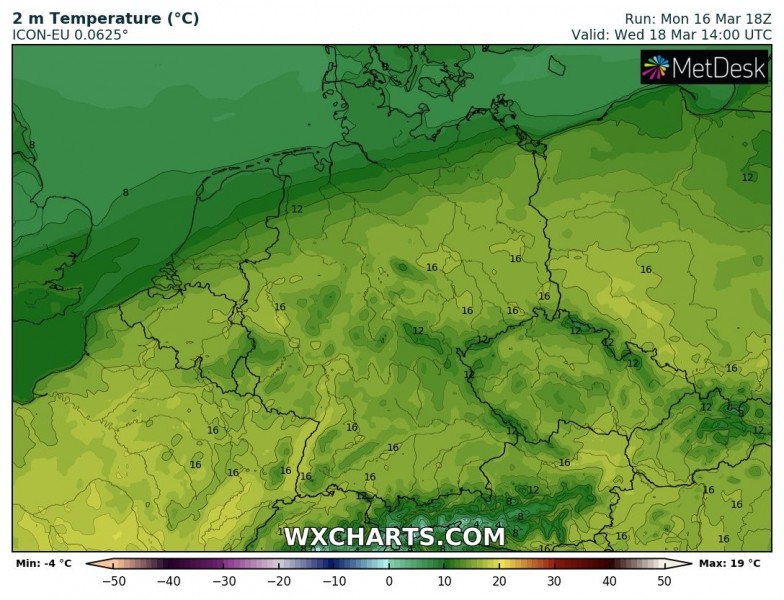 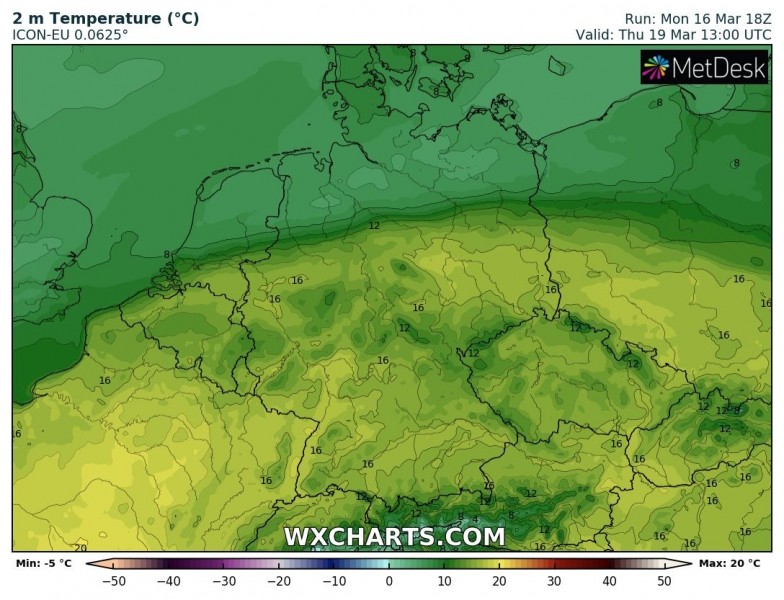 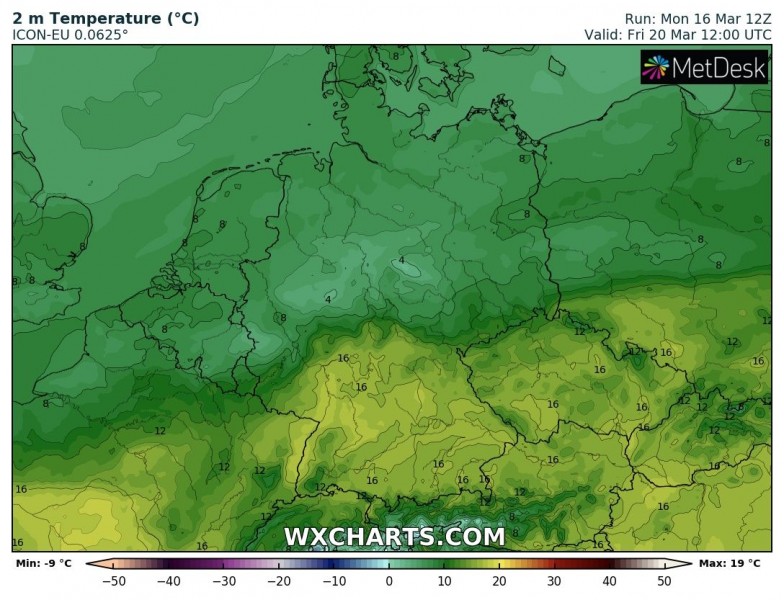 This again unusually warm period will additionally boost the blossoming trees, therefore increasing the concern for potential frost damage later this month. As for the weekend, models are trending towards a significant pattern change with the potentially intense cold outbreak and dangerously cold weather for many parts of Europe – stay tuned for details soon!