Cyclone #BELNA is now a Category 2 and steadily organizing, expected to begin its rapid intensification soon and head towards devastating Madagascar landfall

Yet another potentially monster cyclone is developing further in the West Indian Ocean – Tropical cyclone #Belna. The system is currently packing maximum sustained winds of 85 knots / 100 mph / 160 km/h with a central pressure around 974 mbar and strengthening. Models are in good agreement the potential for further strengthening is there, as Belna remains in a very low wind shear environment as well as coming into more favorable sea surface temperatures. This should boost its intensity. Rapid intensification is expected to begin soon. Belna will likely reach at least a strong Category 3 strength, possibly even Category 4 late tomorrow prior to landfall in NW Madagascar on Monday!

Satellite imagery reveals an impressive structure of the system, with healthy upper-level outflow with already sturdy deep convection and a developing eyewall around the forming eye. Microwave scans indicate the eyewall is gradually closing which usually means the tropical system could soon begin its rapid intensification trend. 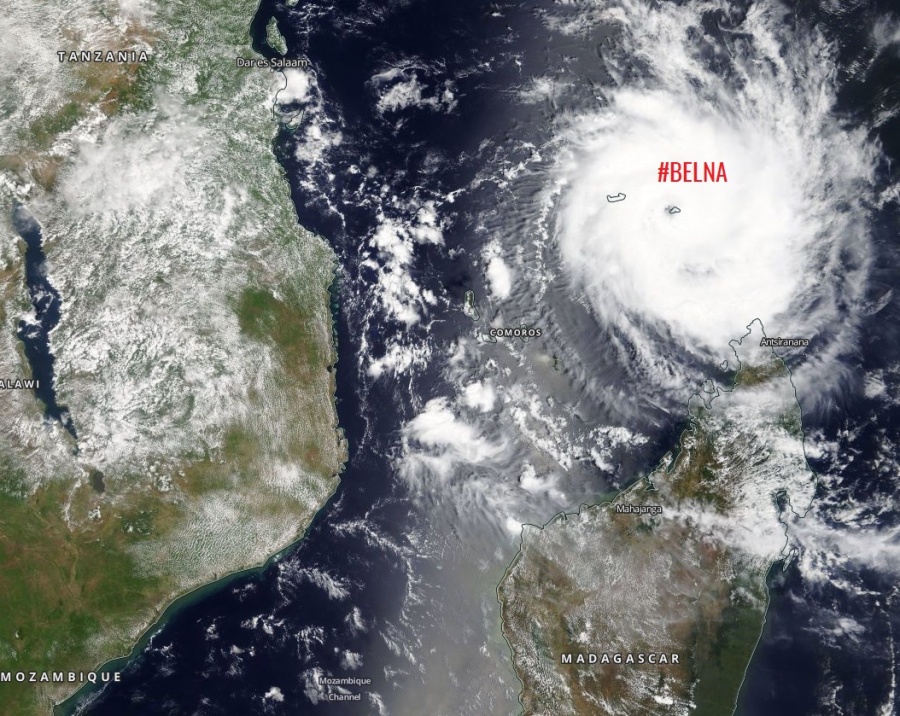 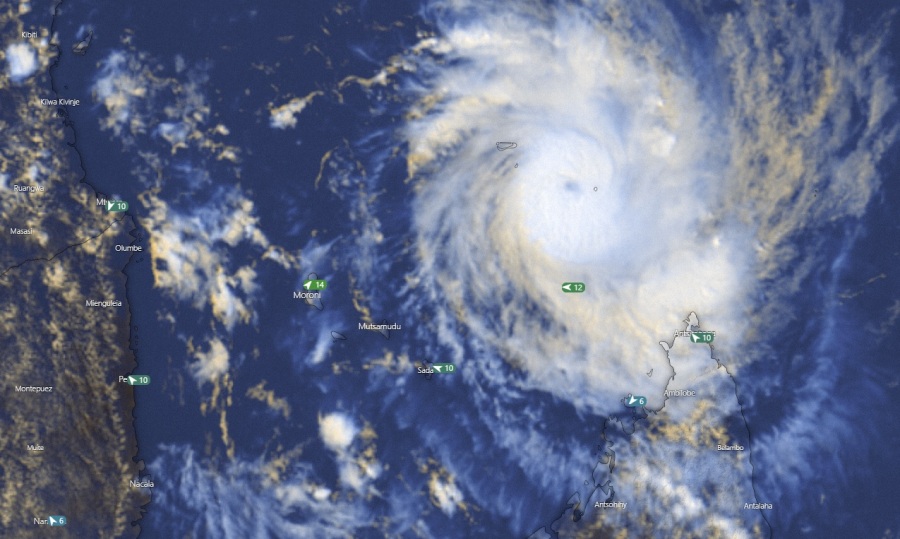 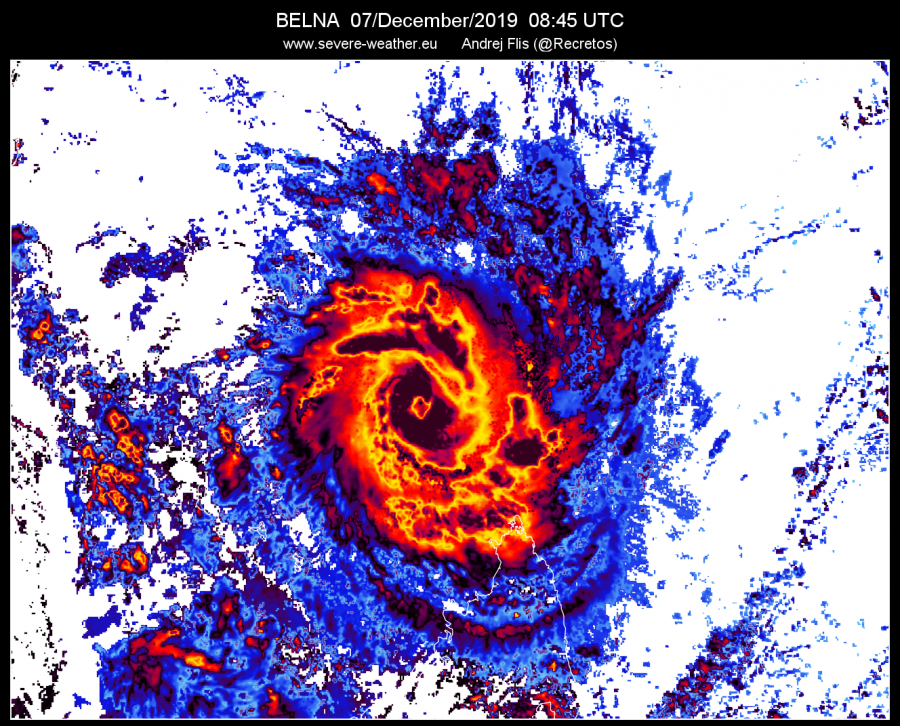 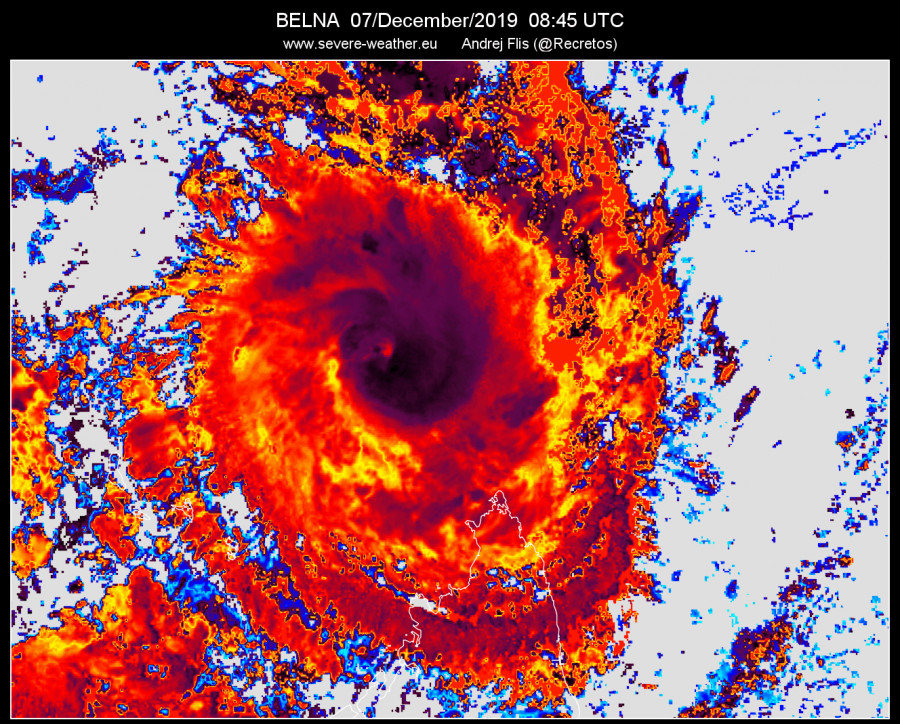 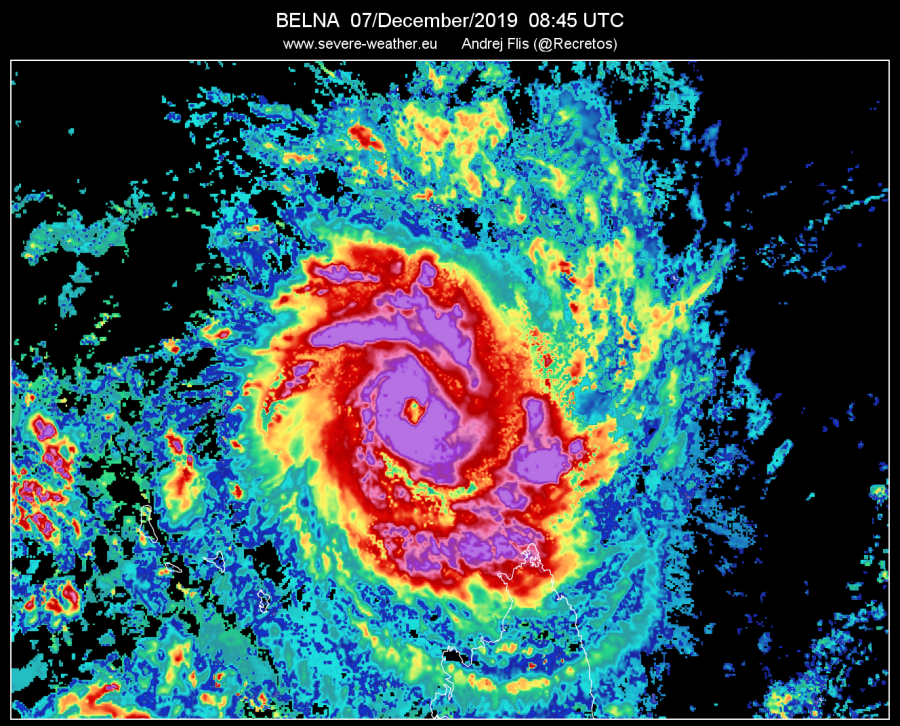 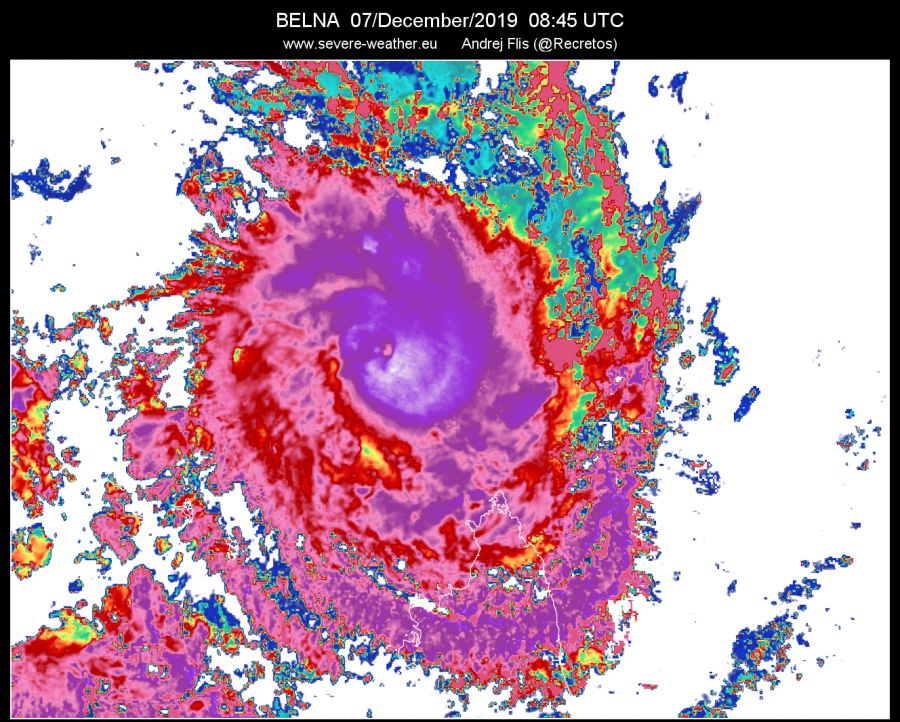 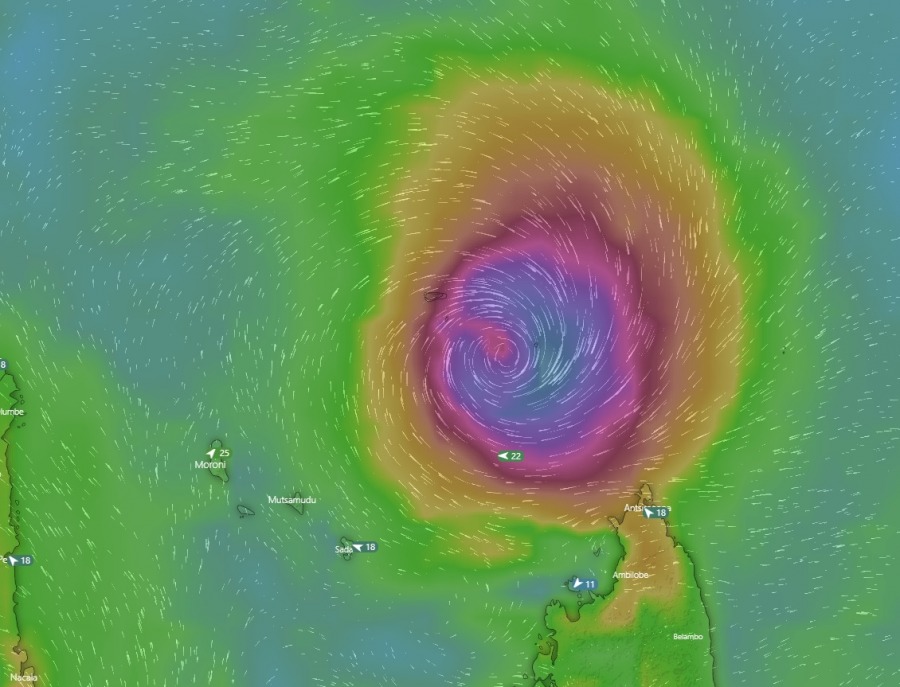 Ocean Heat Content (OHC) analysis indicates Belna is coming into even better sea surface conditions today and tonight, which should boost its intensity towards the Category 3. Undoubtedly the potential for rapid intensification after today is there! While Belna will be closer to the NW Madagascar and landfall tomorrow, rapid intensification hours before the landfall are the worst-case scenario!

The future track of Belna suggest the cyclone will be moving SSW this weekend, intensify along its track prior to the potential devastating landfall in NW Madagascar on Monday, Dec 9th. However, the ECMWF model is tracking Belna’s center just off the island to the west, while most of the models are hinting a landfall. This is yet to be defined, depending on the rapid intensification process in the next 24 hours. 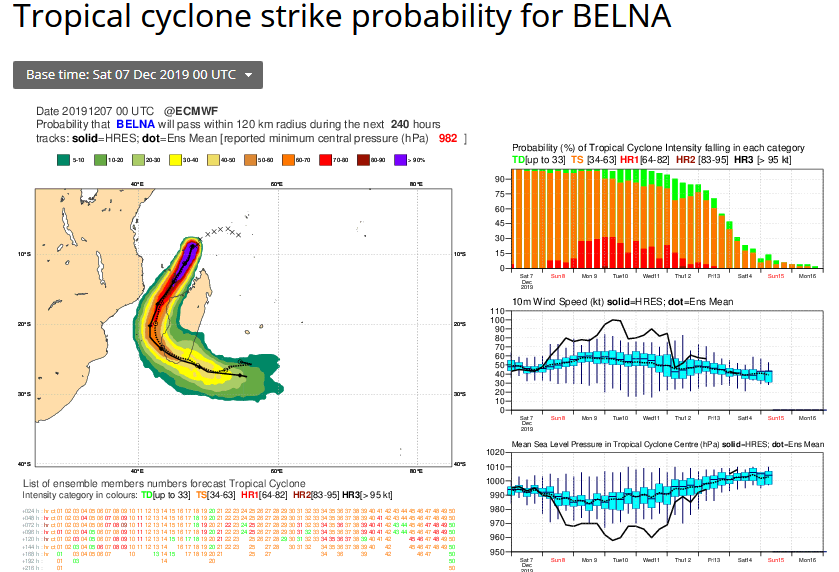 Some forecast model graphics (HWRF model) regarding the intensity and track of Belna. The model suggests the landfall will occur on Monday in the NW Madagascar. Also, a large eye seems likely to develop tonight which means the wind field of devastating hurricane-force winds will expand across a broader area. 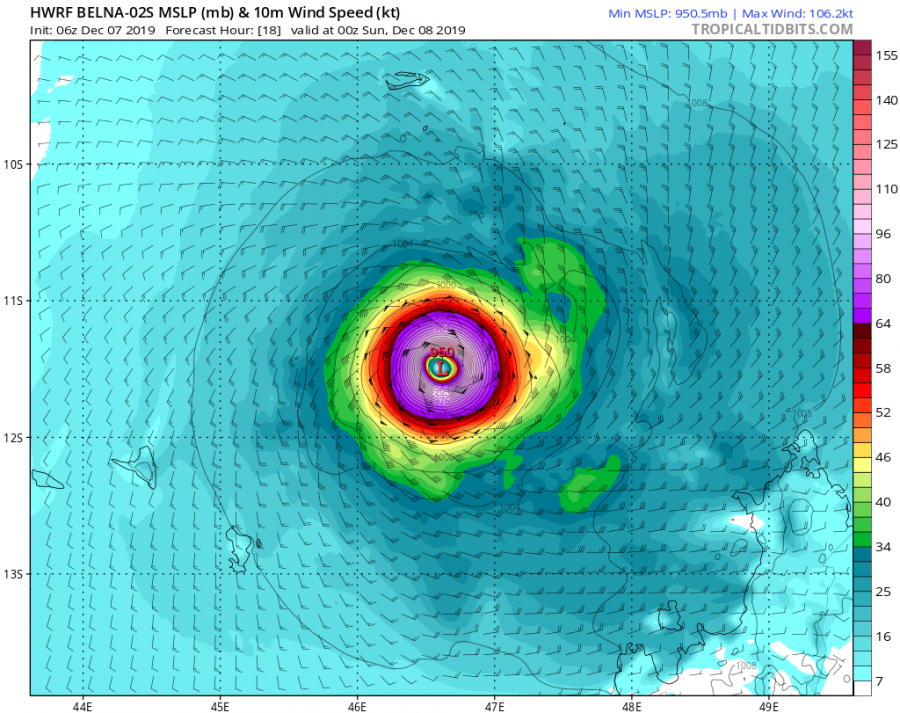 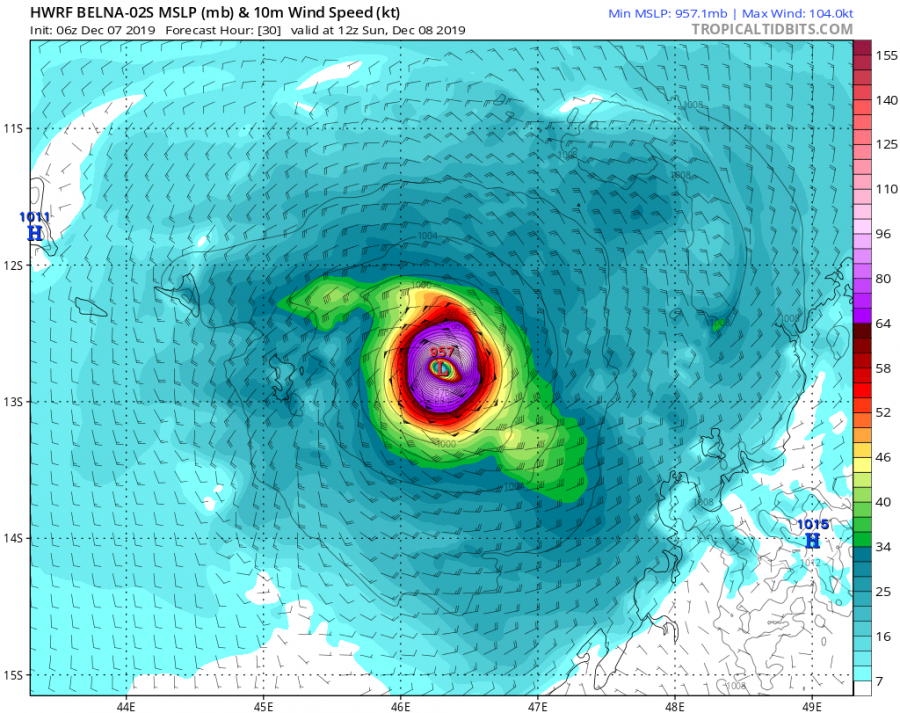 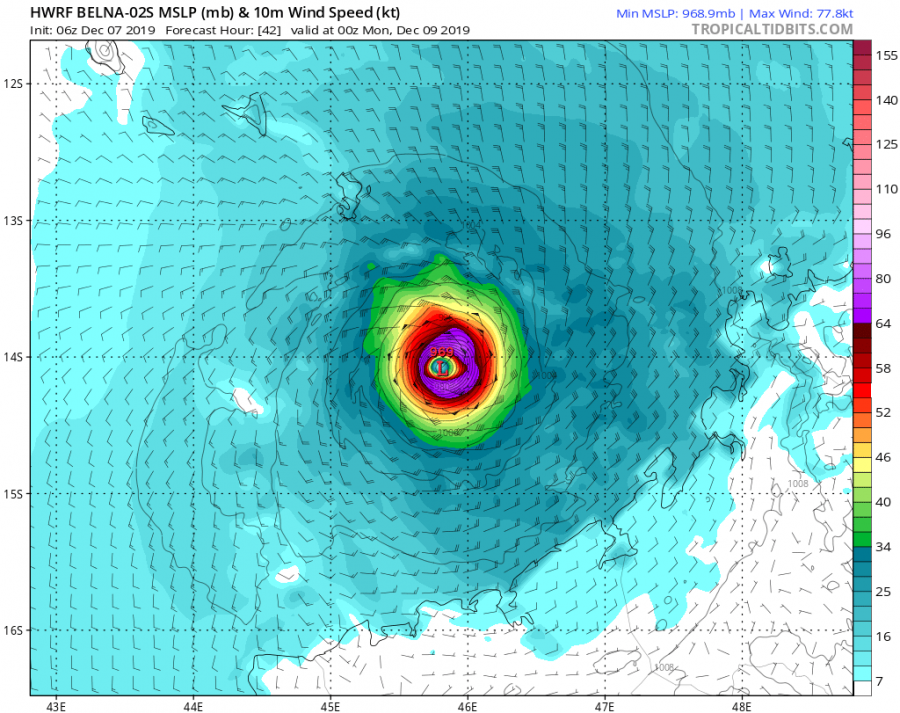 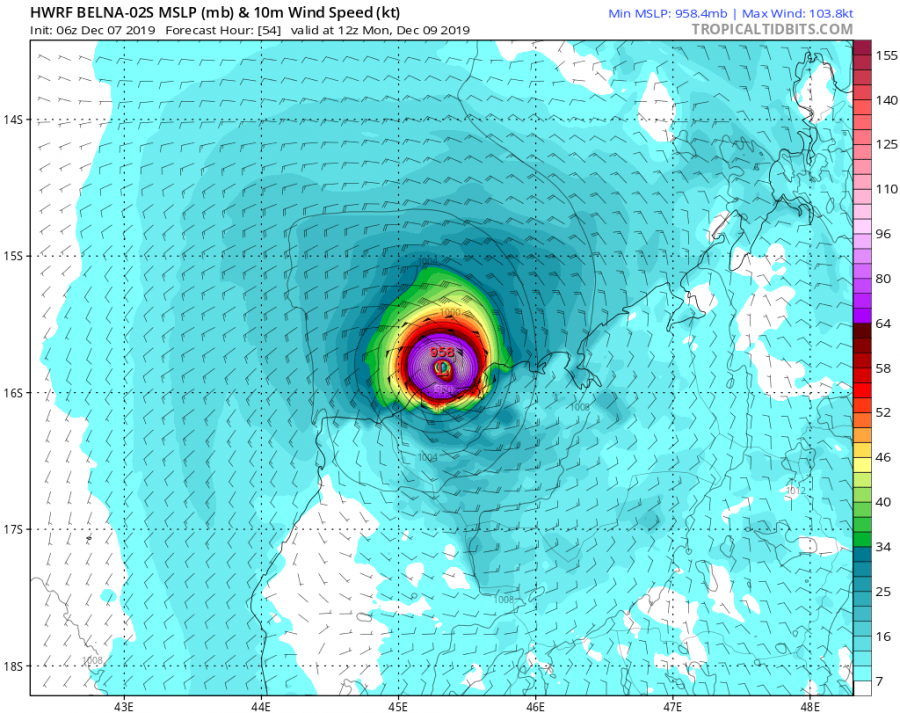 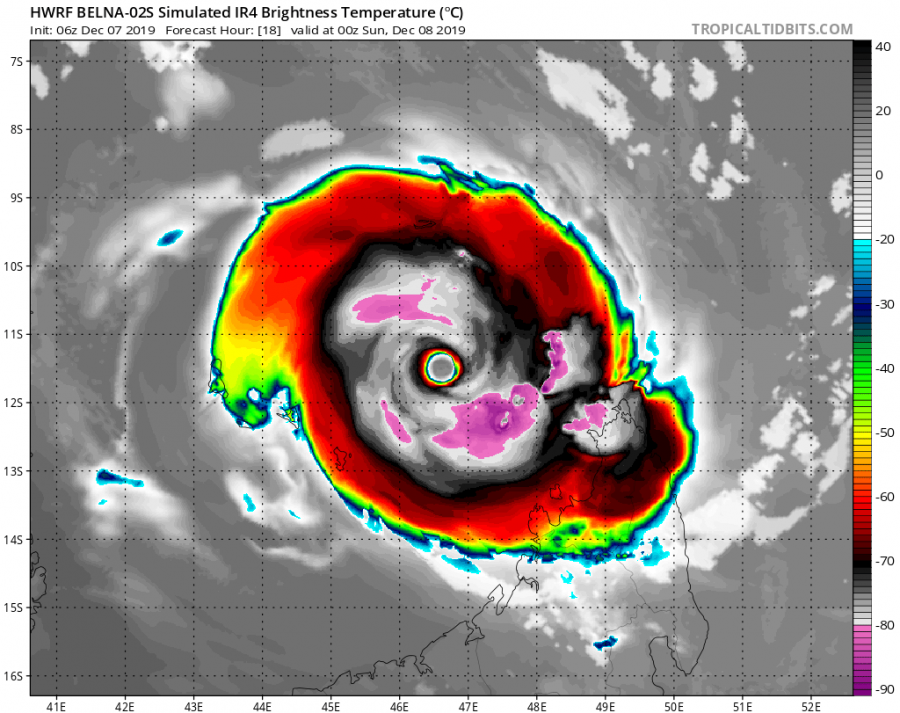 Global models are in fairly good agreement Belna will result in huge amount of rainfall along its path, bringing several 100 mm of rain and flooding threat into NW Madagascar.

We are closely monitoring the evolution of this potentially devastating landfall on the Madagascar in the coming days – stay tuned for further updates tonight!

See previous and other discussions on the tropical activity in the West Indian Ocean:

Another cyclone is strengthening north of Madagascar today, expected to make landfall on the island on Sunday