Typhoon Bualoi continues strengthening today and is now already major Category 4 typhoon. As of 18 UTC today, Oct 21st, Bualoi was already a Category 4 typhoon with 135 mph sustained winds! It is now crossing the northern Marianas and is expected to head towards Japan’s Iwo Jima island by Thursday while increasigly likely gaining additional until then.

Here is some impressive satellite imagery of Bualoi while it was nearing Mariana islands today. Typhoon Bualoi is currently packing sustained winds of 115 kt / 135 mph / 215 km/h, with central pressure around 947 mbar. 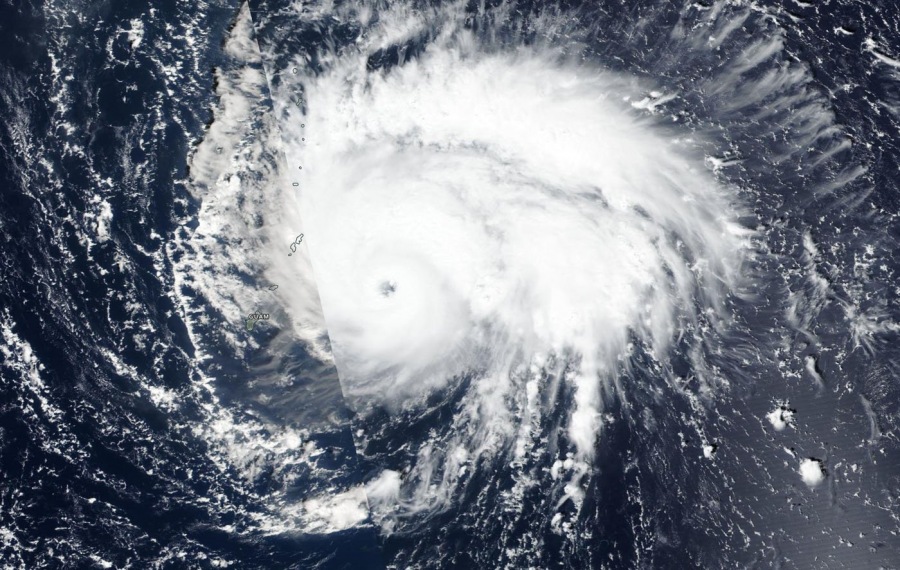 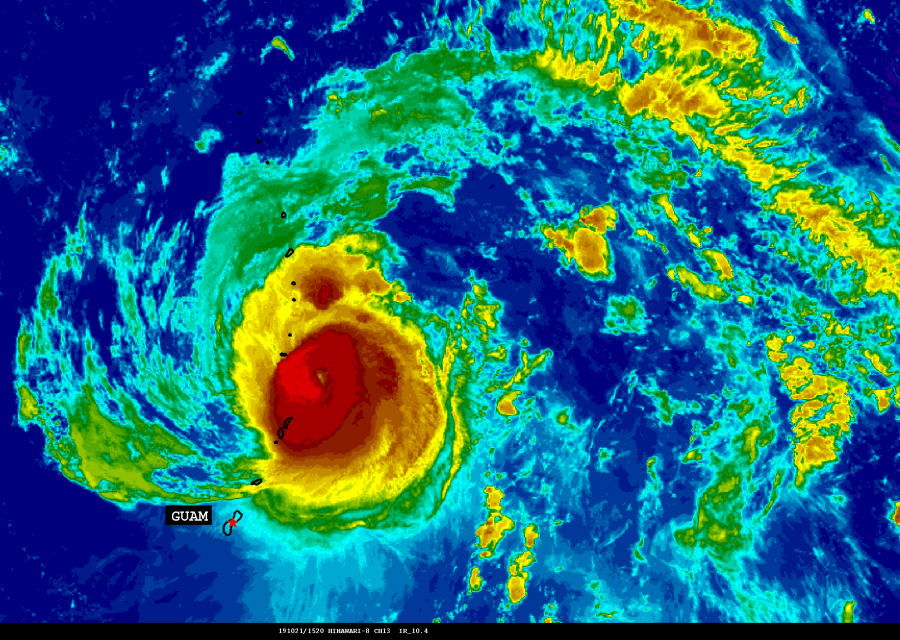 Typhoon #Bualoi is nearing the Northern Mariana Islands and will cross the islands late Monday night/early Tuesday. A turn toward the N is expected on Wednesday, then toward the NE Thursday which should mean Bualoi passes E of #Japan Friday & Saturday. pic.twitter.com/2ol6VBwC11

Radar animations of the tiny eye and eyewall of Bualoi while it was approaching Mariana islands today – quite impressive structure of this rapidly intensifying typhoon!

Bualoi certainly has the bigger eye of the two.

Here's the new Radar GIF I made.

The future track remains more or less similar as on previous model runs, bringing Bualoi towards Iwo Jima on Thursday as a solid Category 4 typhoon. With sustained winds of 125 knots / 145 mph / 230 km/h! 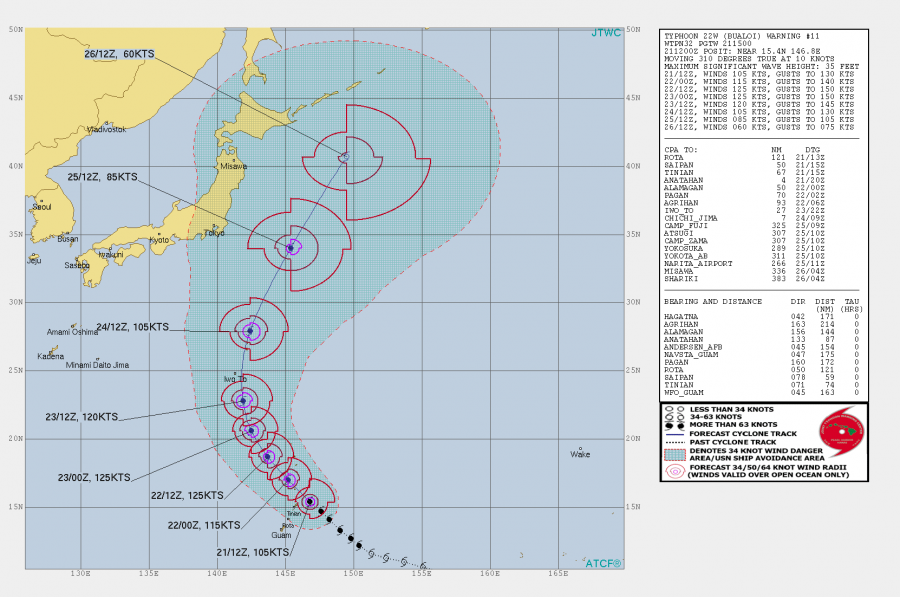