The snowfall was caused by the large cutoff upper low over western Mediterranean, which also influenced northern Algeria. The snow was visible also in satellite imagery, standing out in the orange desert surface. 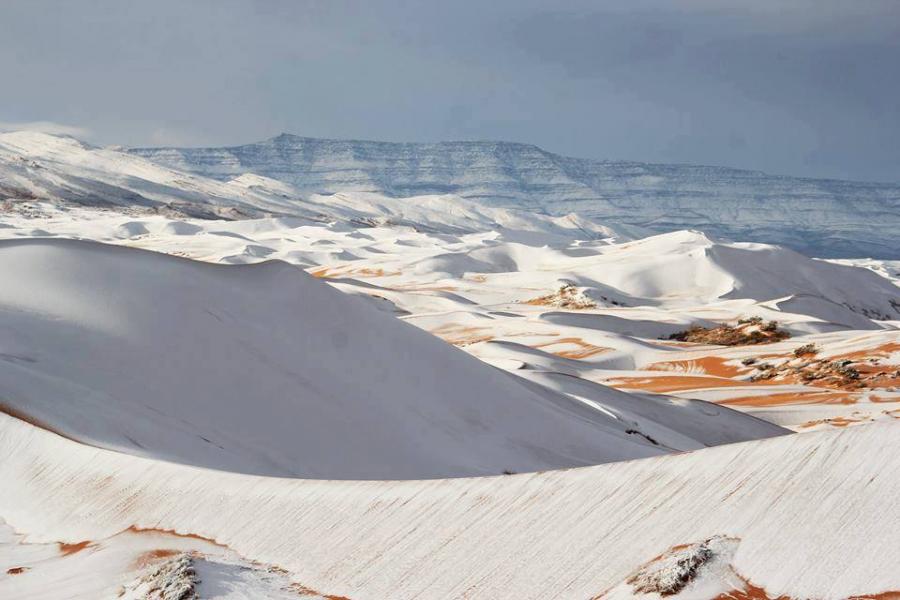 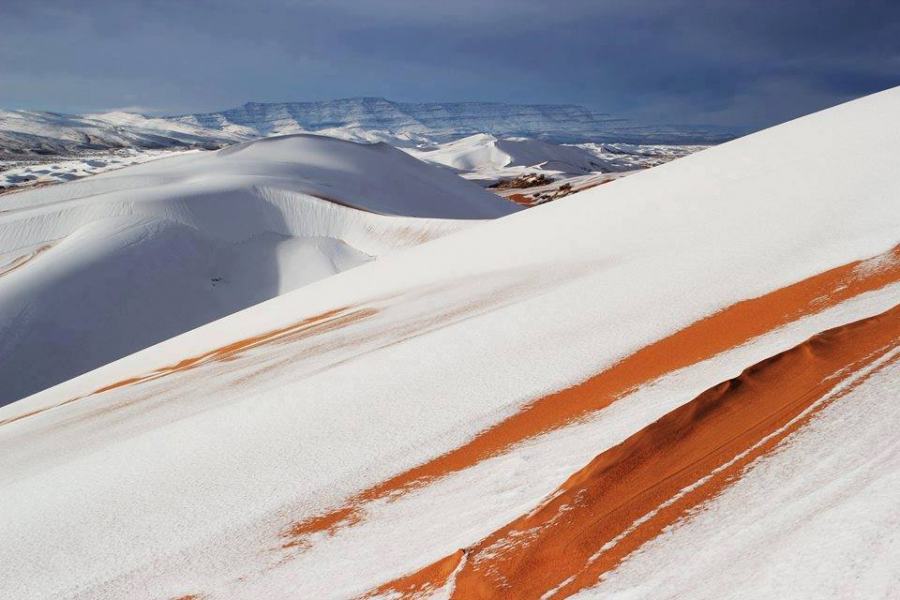 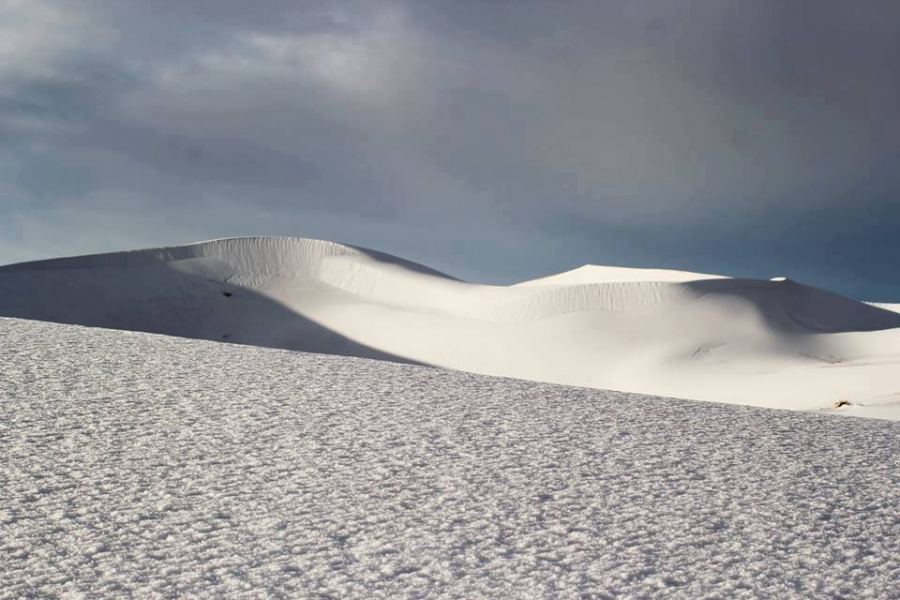 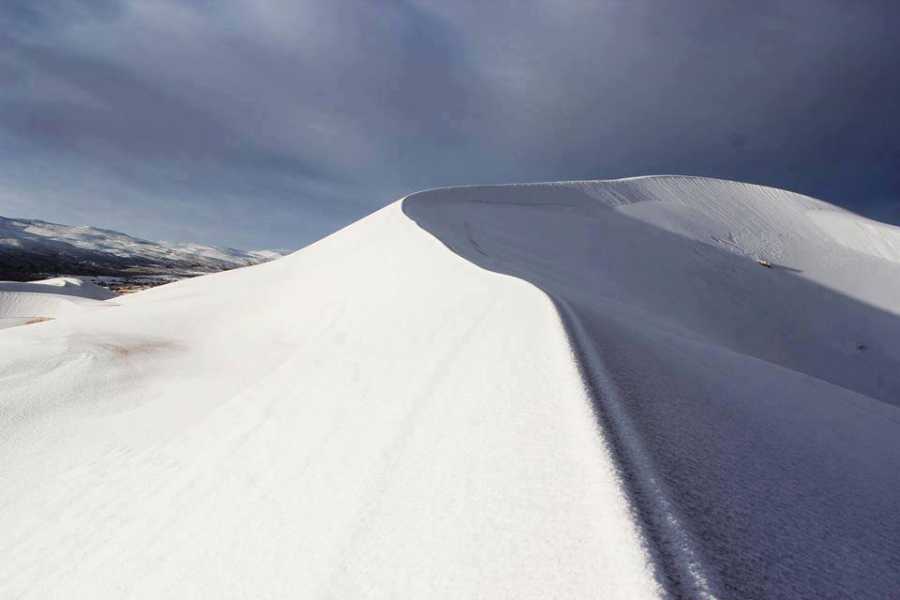 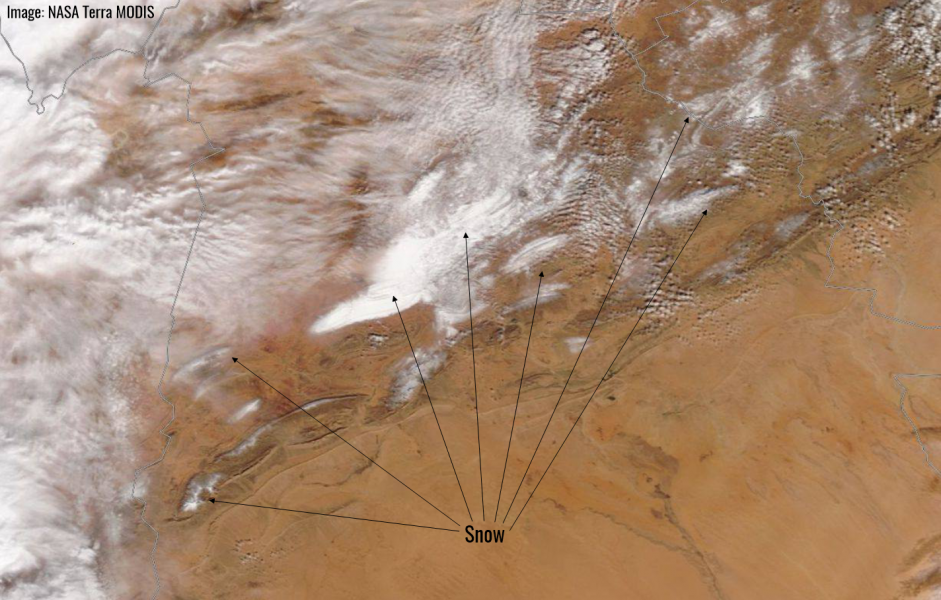 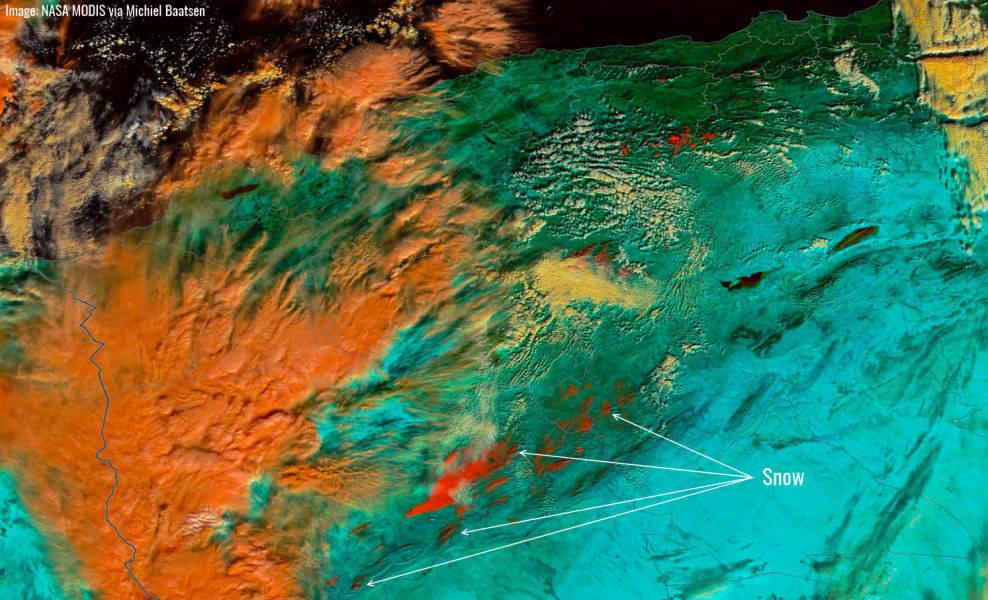 The snowfall, while rare, has been observed several times in the past decade or so. The area of Ain Sefra is at the southern foot of the Atlas mountains at ~1000 m elevation, the extreme northern limit of the Sahara desert.