The intense medicane made landfall over the Peloponnese peninsula, Greece in the afternoon of September 29th. Numerous severe weather events were reported. Now we take a look at the state of the Mediterranean sea temperatures after the passing of the medicane.

The intense low-pressure area and strong winds, associated with the development and movement of the intense medicane in the south Mediterranean sea, have also caused intense upwelling and mixing of near-surface water layers. The Mediterranean sea was mostly well above average over the past few months. 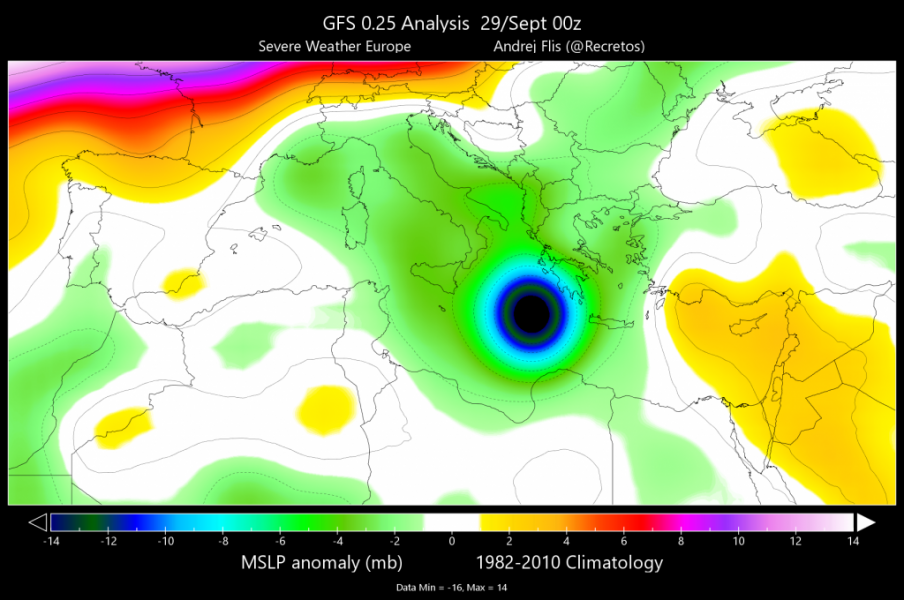 Looking at sea temperature anomalies below, negative anomalies are evidently emerging along the medicane track, and in much of the Adriatic and Tyrrhenian sea. Not all negative anomalies are the result of the medicane, but also from the associated synoptic situation. The above-average area in the SE Ionian sea could be associated with the area where the eye of the storm moved over with less intense winds [it can also be a slight error in the data assimilation process due to the presence of the strong medicane]. Later analysis will show more reliable results in that specific area. 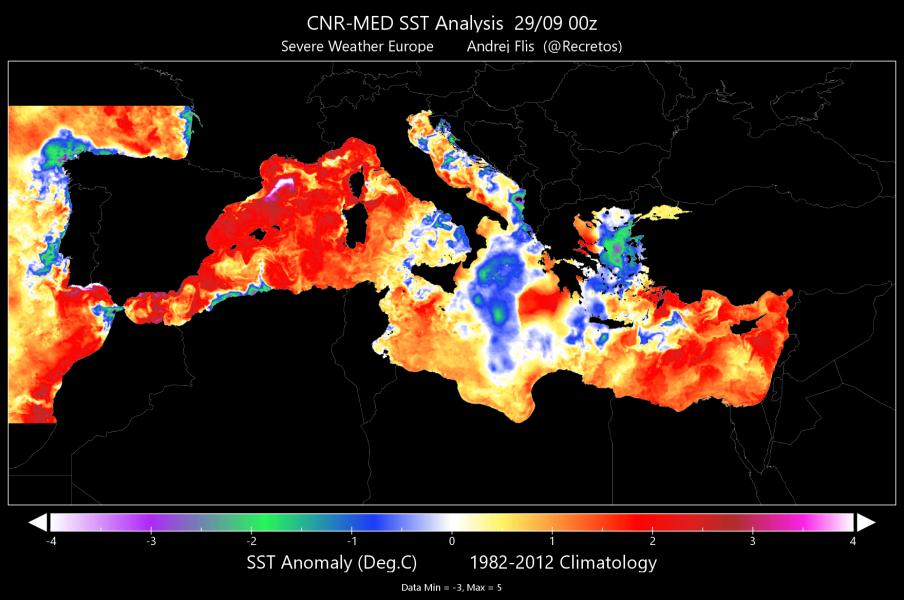 Comparing September 29th and 25th (before the medicane) on the chart below, a sea temperature drop is evident in much of the Mediterranean and the Adriatic Sea, and in most of the sub-regions. Some of the cooling is seasonal as we head deeper into autumn. As the anomaly chart above shows, the western and far eastern parts are still above the long term average, since the long term average temperature also decreases every day into late autumn and winter. 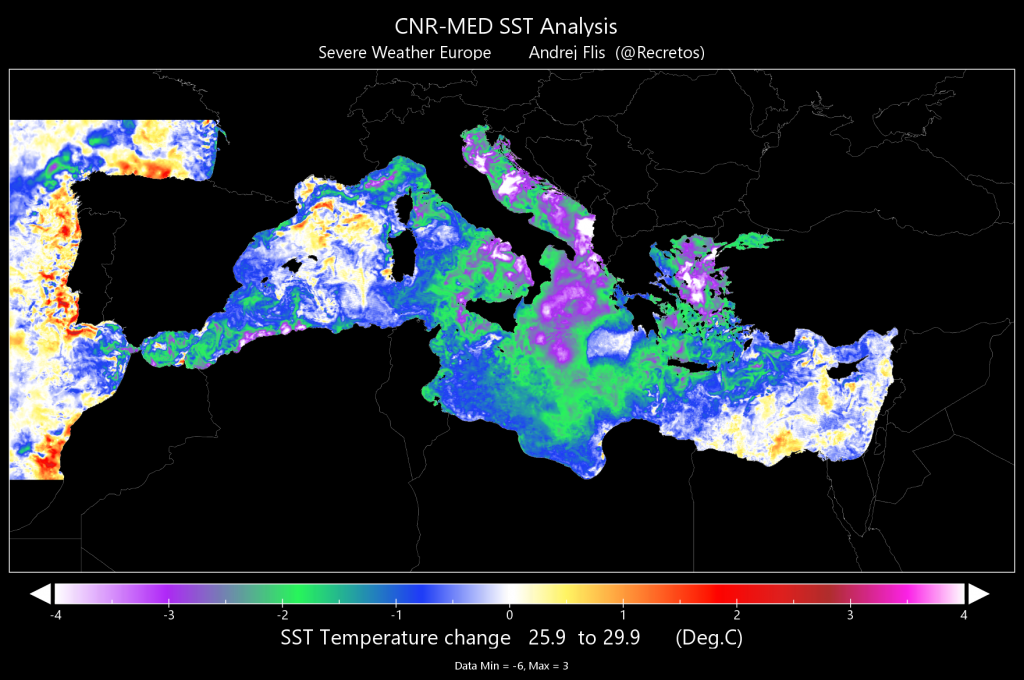 We will look at new data as it is available and provide you with updates on the state of the Mediterranean sea.