As expected, the strong Medicane has resulted in significant flooding damage in parts of Greece yesterday and last night. It has weakened significantly while crossing the southern Peloponnese in the past 24 hours. It will continue into the Aegean sea today. The cyclone could strengthen slightly over the sea, additional rainfall threat is expected across north and eastern Greece and also over NW Turkey.

Midday satellite in pressure analysis reveals the Medicane’s centre about 60 km east of Athens. A broad area of rotation is nicely visible. The deep convection has, however, diminished while the cyclone gradually weakened while crossing the complex terrain of southern Greece. Central pressure is now around 1005 mbar. 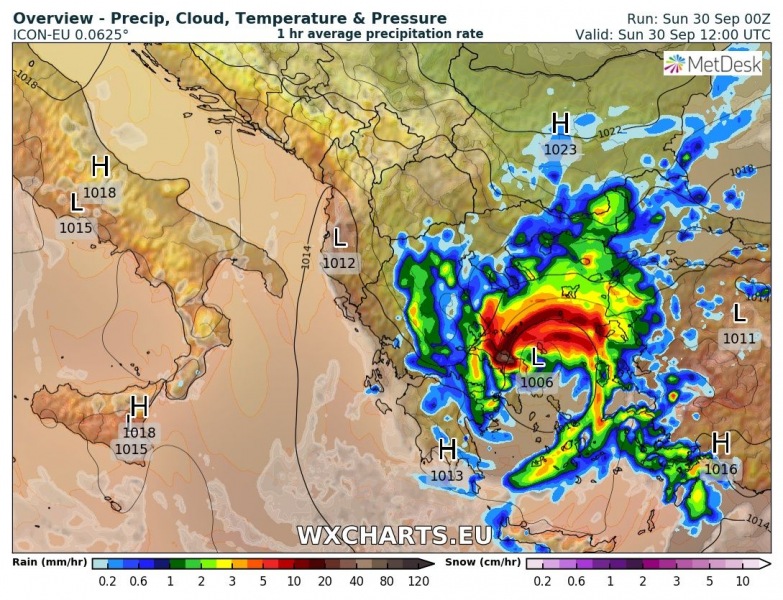 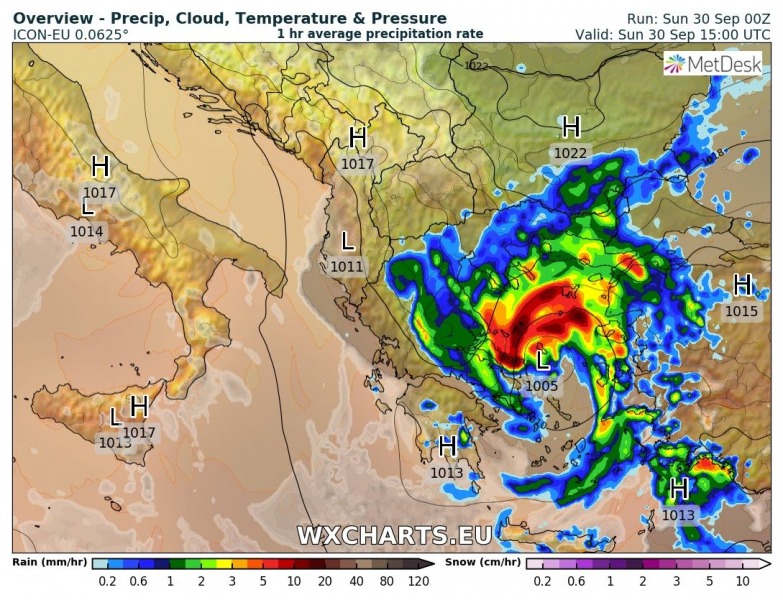 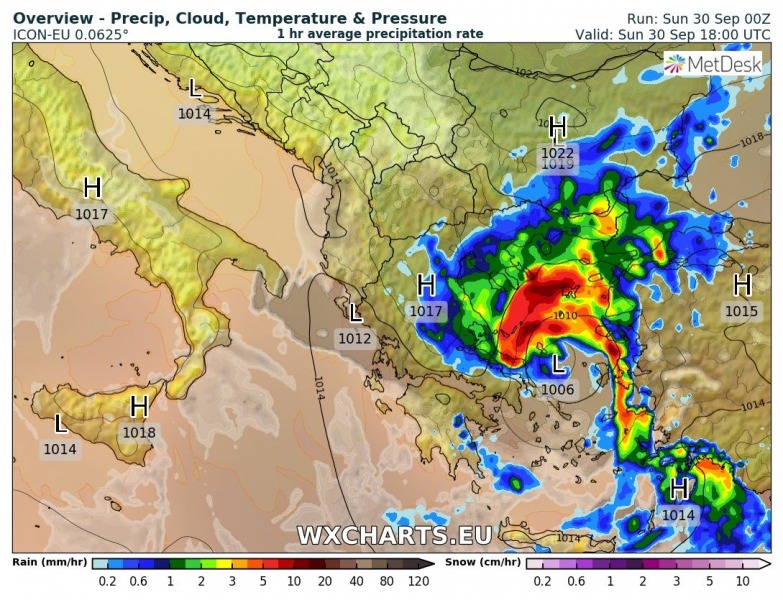 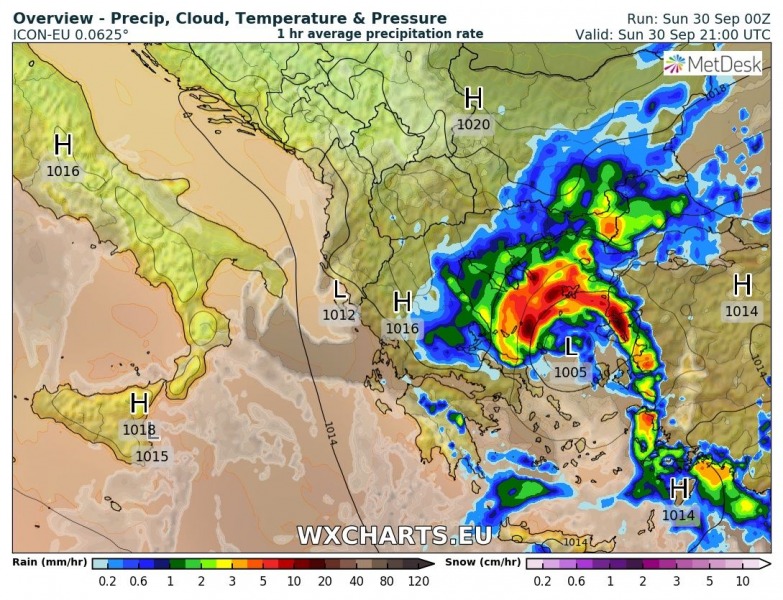 Potential wind swath associated with the Medicane crossing the Aegean sea until tomorrow morning: some areas could still experience winds in excess of 100 kmn/h, while some extremely severe gusts can be expected in the higher elevations of Attica and central Greece regions. 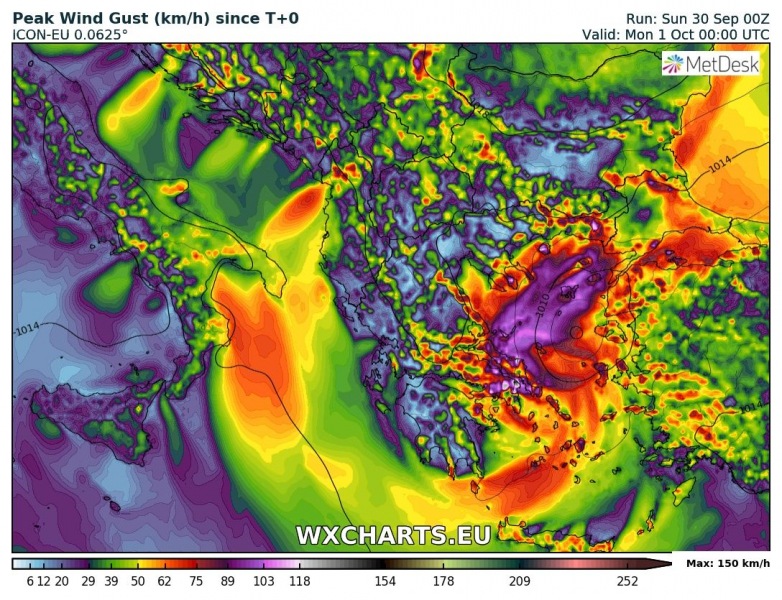 An additional 150-250 mm of rainfall still can be expected across eastern Greece until the evening today. Intense rainfall will be also possible across WNW Turkey on the front quadrant of the approaching cyclone. Some more unstable environment with moist southerlies could push orographic rainfall sums above 100 mm in 24 hours. Flash floods threat remains! 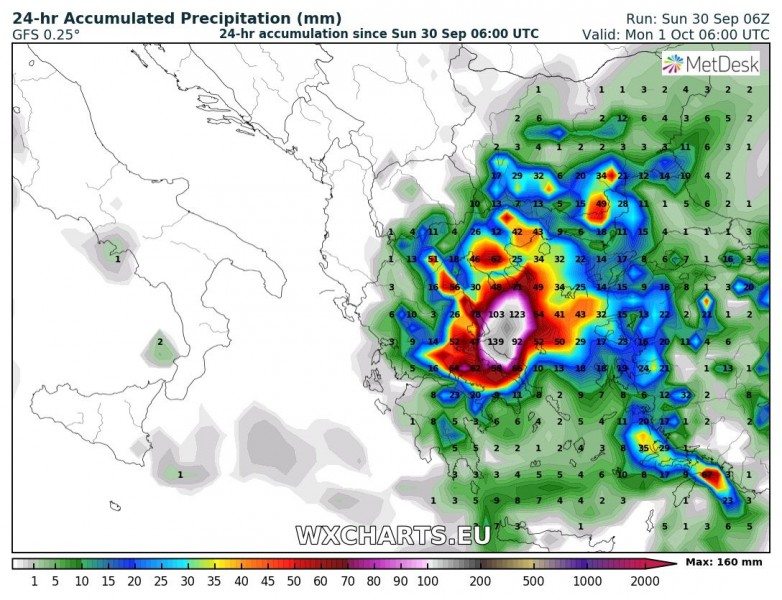 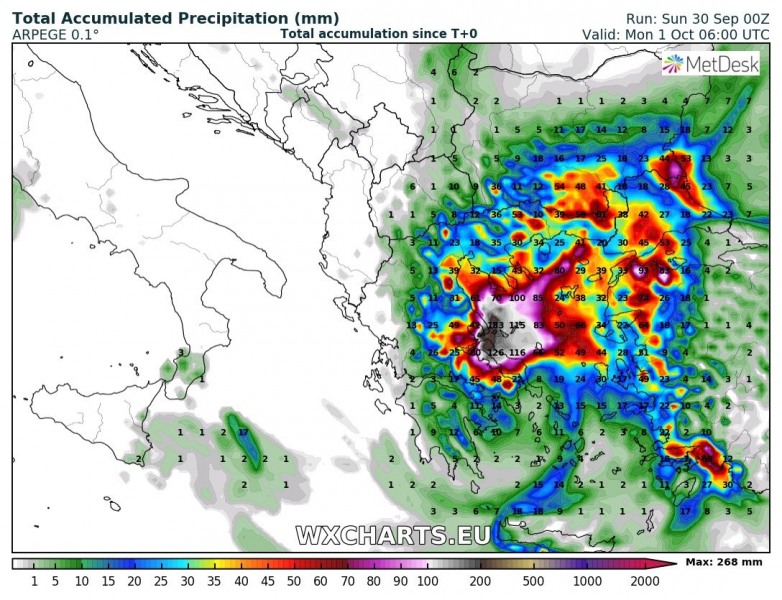 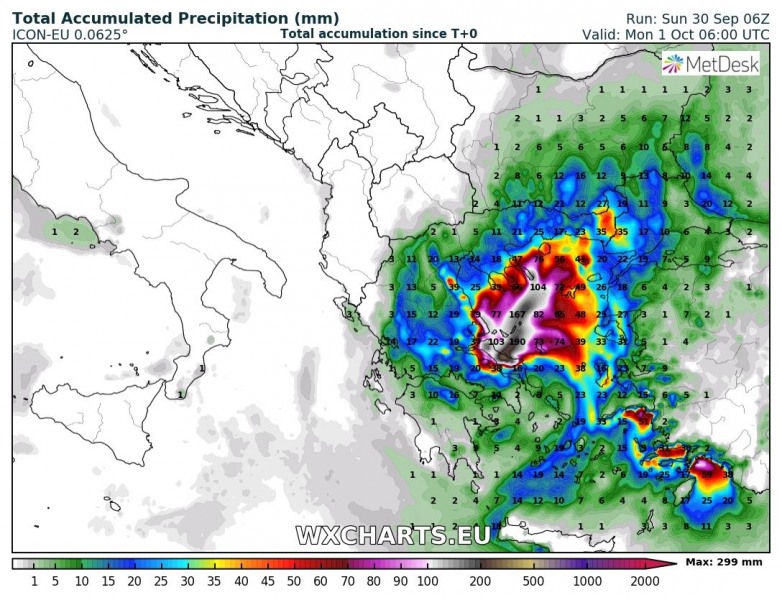