Major floods are already ongoing in parts of north Italy, Croatia and Bosnia and Herzegovina. Much more rainfall is expected in the next 3-4 days as the causative cutoff low persists over the region.

More rainfall is expected along the eastern slopes of the central Apennines, central Italy by the end of Tuesday. Up to 100 mm and locally more rainfall is indicated. Expect further flooding and landslides!

Persistent rainfall is expected on Monday and Tuesday across the eastern slopes of the Dinarides in northern Bosnia and Herzegovina and Croatia, with up to 150-180 mm of further rainfall expected. Continuing flooding, locally quite significant and damaging is expected.

Major rainfall is also expected in parts of Albania, North Macedonia and Greece on Tuesday and Wednesday. Up to 80-130 mm is expected by the end of the period. Local flooding is expected. 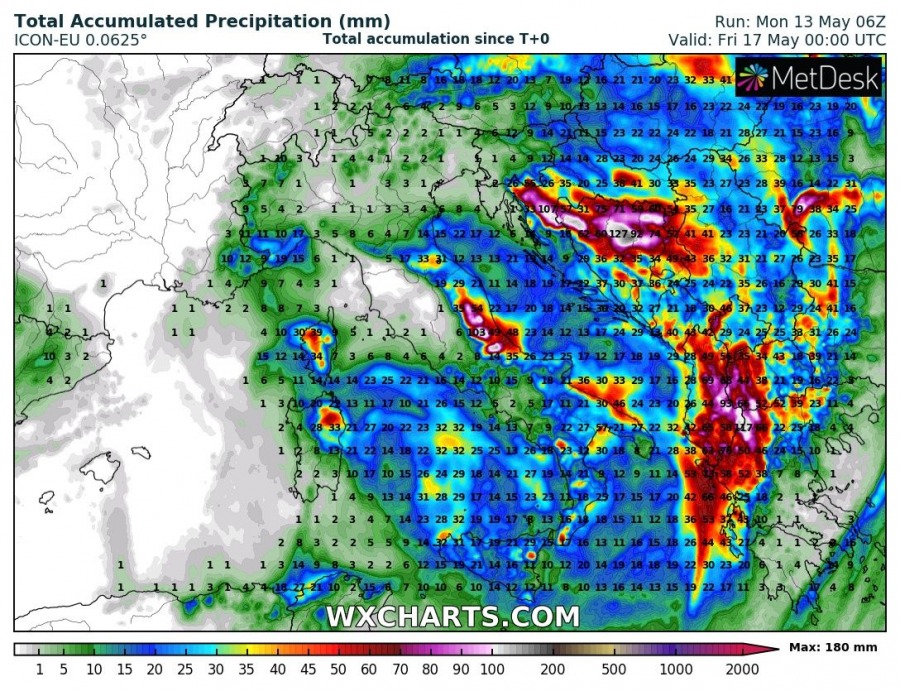 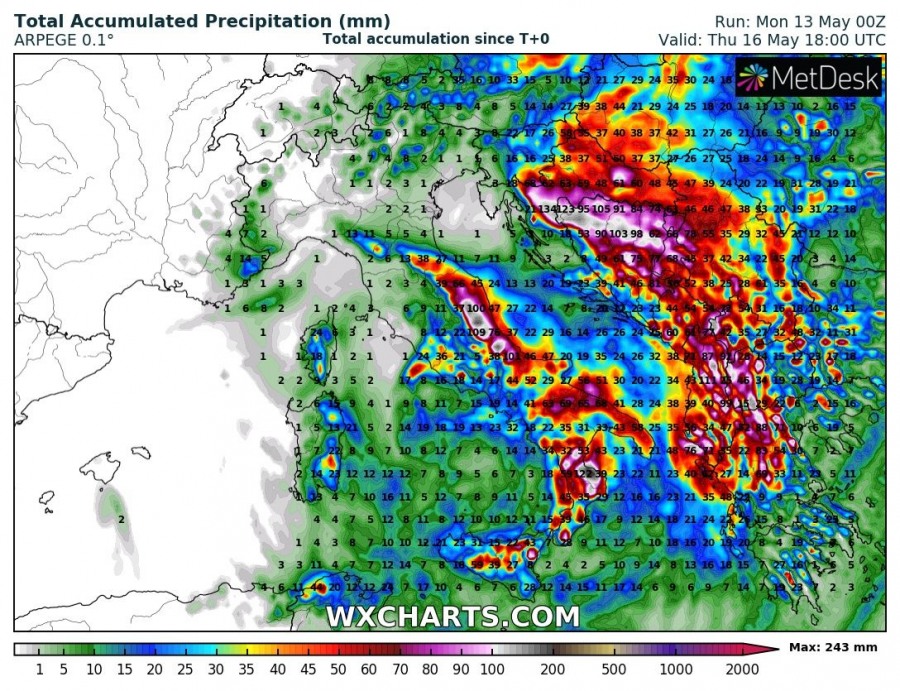 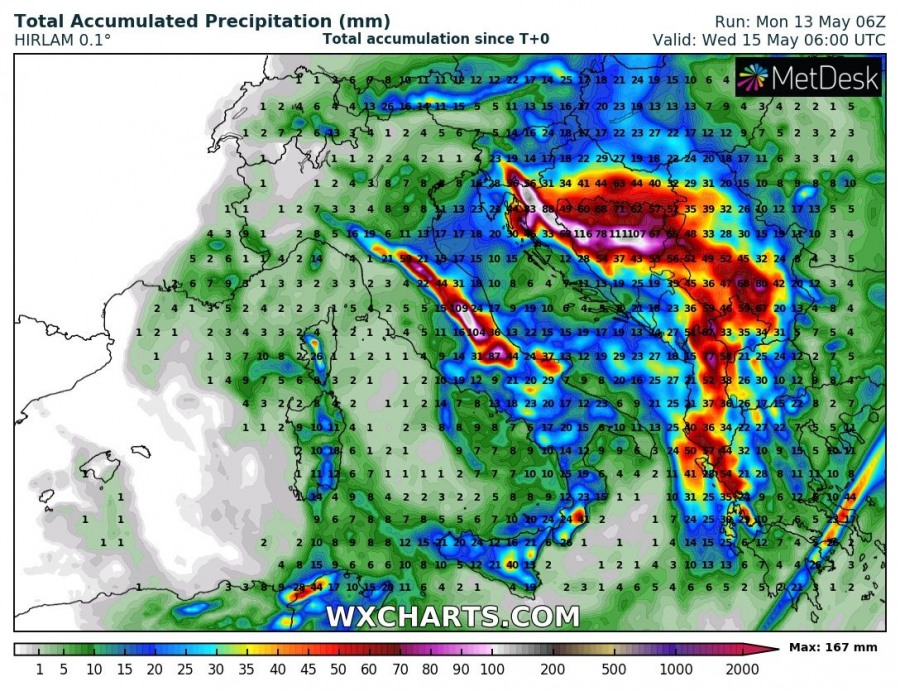 UPDATE on the storm to hurricane force Bora/Bura wind in W Slovenia and NW Croatia - May 13-14th
← Previous
Saharan dust pushed into Greece and eastern Europe in the next few days
Next →
Comments are closed.